Tel Aviv: The New York of Israel and a High Tech Center

The multicultural and cosmopolitan nature of Tel Aviv, Israel, never ceases to amaze me.

Walking down the street, I hear Hebrew, English, Arabic, French, Russian and German. There are tour groups from Asia,

Africa, Europe and North America. When I see people taking pictures of Dizengoff Square or Gordon Beach, I remember that I live in a gem of a city.

The city has transformed into a tech hub over the past few years that makes you feel like you’re in Silicon Valley.

In fact, Tel Aviv University alumni are ninth in the world in venture capital raising.

This means that out of all the universities in the world, Tel Aviv University graduates are in the top ten worldwide in founding startups that get the most VC funding.

Israel’s success with technology and innovation has been written about a lot, most famously in the book Start-up Nation, that attempts to explain this unique phenomenon.

If you are thinking about visiting Tel Aviv, give yourself at least 10 days to really experience the city and the whole country; since you may be traveling from far away, it will be worth taking the time.

From North America, flights can be lengthy but you can get a good price if you book flights to Tel Aviv early on.

Tel Aviv is the New York of Israel. Young Israelis (and many internationals) flock to the city to try out city living, pouring into bars, restaurants and cafes.

What I hear most from my international friends is how much Israelis know how to live life.

You will never see a cafe empty in Tel Aviv, nor an empty street (unless it’s Yom Kippur when there are no cars on the roads).

Israelis are very social and very family-oriented, so weeknights and weekends you’ll see a ton of families, couples and friends strolling along the boulevards and hanging out in parks.

To get a taste of Israeli’s favorite pastime (spending time with friends and family outside), take a stroll on Tel Aviv’s famous tree-lined Rothschild Boulevard (to see it first in 3D click here).

Starting at the bottom and strolling your way all the way to the top when you hit HaBima Square, another landmark that houses HaBima Theatre, the first Hebrew theatre in the world.

From there you can either head west down Ben Tzion Boulevard towards the beach, Dizengoff Center and Dizengoff Square, or head east to Sarona Market.

Sarona Market is a local favorite. An old German Templar colony converted into an indoor-outdoor market filled with all types of restaurants, shops, and cool culinary stands, the market is teeming with life, food, and fun.

There is a huge and extremely modern playground for kids, so they never get bored there.

On summer nights, there are activities such as salsa dancing outside, food festivals, and the like.

My favorite casual but amazing food there is Hiro Ramen Bar, a ramen noodle bar, opened by the famous Israeli chef Israel Aharoni. The ramen bar is an accessible but gourmet culinary experience for all.

It wouldn’t be a visit to Tel Aviv without visiting the beach. My personal favorite is Jaffa.

Jaffa is an ancient port city that was incorporated into the Tel Aviv municipality in 1950 and is still part of the city of Tel Aviv (technically called Tel Aviv-Jaffa).

Jaffa — called “Yafo” by Israelis — has become a bohemian and trendy place for locals, while tourists love the classic beauty and the history of the area.

The Old City has some breathtaking views of the Mediterranean, and the Flea Market (“Shuk HaPishpishim” in Hebrew) area is old meets new and east meets west with trendy restaurants and old-fashioned flea market stands and stores.

If you want to taste real Middle Eastern hummus, Abu Hassan is the place to go.

An internal battle ensues between Abu Hassan’s hummus and the hummus from a small village called Abu Ghosh, right outside of Jerusalem, but that is neither here nor there as I told myself I wouldn’t discuss hummus politics at all.

If you’d like a virtual tour of the famous hummus joint, check it out here.

One of my favorite areas in Tel Aviv is a small and artsy area called Neve Tzedek. Most visitors to Neve Tzedek describe it as a tiny European colony inside the bustling Tel Aviv, which is pretty accurate.

Strolling down the main drag, Shabazi Street, you’ll find designer jewelry shops, galleries and picturesque cafes. You will forget you’re in a huge metropolis because the neighborhood envelopes you in its old-school charm.

Very near Neve Tzedek is my all-time favorite restaurant called Rak Basar (which means “Only Meat” in Hebrew).

Similar to a traditional Brazilian meat restaurant — with a very Israeli atmosphere — this place will take you to another culinary planet.

You choose what cut and type of meat you want and it’s served sizzling at the table.

They also have all-you-can-drink house wine for a very low price that they serve in huge jugs.

Inside a Cool Cave

They have another location in the north of Tel Aviv, but I would definitely recommend the location between Jaffa and Neve Tzedek because it’s housed in a very old building that feels like a cool cave when you’re inside.

I’m proud to call Tel Aviv my home. There’s truly a place for everyone in terms of lifestyle, mindset and even food preferences.

Even after years of living here, the city keeps surprising me. Just when you think the city is hi-tech, you travel to Jaffa and see the ancient port.

When you think the city is filled only with hipsters, you see a multi-generational family walking down the street together, loud and happy. Diverse is an understatement. Tel Aviv is bold, exciting, fun, cosmopolitan, innovative yet historical.

Come see for yourself. 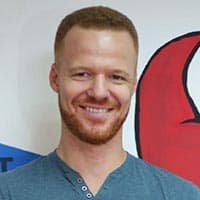 Shachar Shamir is the co-founder and COO of Ranky. He lives and breathes business, startups and marketing, and is an avid soccer fan in Tel Aviv.