Hotel Saratoga Havana: The Best in the City

[Editors Note: on May 8, 2022, a blast destroyed much of the Hotel Saratoga in Havana.]

The resort community of Saratoga Springs, New York, known for healing waters, horses, and an overall joie de vivre, has long been a summer home to the wealthy and well-traveled.

Roughly 1,500 miles south of the upstate New York community, however, another Saratoga draws the rich and famous:  Hotel Saratoga in Havana.

Havana’s Saratoga – the preferred hotel of visiting celebrities such as Beyonce, Mick Jagger, and heads of state – is the pearl of the Cuban Capital, a historic gem whose name offers a nod to the long-standing ties between Saratoga Springs, New York and Havana, Cuba.

Dating back to 1879, Hotel Saratoga moved to its current location – diagonally across from Havana’s capitol building – sometime between 1915 and 1930.   The ‘new’ Hotel Saratoga was a 3-story structure, with the first floor dedicated to shops and a tobacco warehouse, the second to apartments, and the third floor reserved for 43 hotel rooms and dining facilities.

The Hotel Saratoga thrived in its new locale, eventually taking all three floors, and became renowned for its “Aires Libres” an outdoor colonnade where passersby could gather to watch Cuba’s top musicians play.

In fact, the first Cuban all-female orchestra, “Anacaona”, launched its career from Hotel Saratoga in the 30s, becoming a fixture at “Aires Libres.”

The Hotel Saratoga remained a vibrant hub, particularly for artists and intellectuals, until the 1960s, when the revolutionary government nationalized the property. Neglected, the building eventually became a run-down rooming house, ultimately closing due to deteriorating conditions.

Thanks to the commitment of the city historians, though, and in cooperation with foreign designers and architects, the Hotel underwent a multi-million-dollar renovation in the early 2000s.

Reopened on November 15, 2005 at the celebration of Havana’s 486 anniversary, the Hotel Saratoga showed off a regained splendor, boasting 96 rooms, an additional two stories, a ground-floor restaurant and bar (aptly named Anacaona after the 1930s all-women orchestra), a spa, and a roof-top pool, bar and eatery.

When contacted for an explanation on the derivation of the hotel’s name, Marigny Tasset Aguilar, Quality &

The customer Service Associate for the hotel indicated that it is likely that the hotel’s name stems from the US resort town of Saratoga.  Subsequent to our communication, the following nod to Saratoga Springs was posted on the Hotel’s website:

Though we have not been able to verify the origin of its name, it is likely that it stems from the US resort town of Saratoga in the State of New York.  The thermal waters of the resort are indicated for several ailments. Saratoga is still one of the favorite summer resorts of tourists that go there for treatment.  Important battles of the American war of independence took place near the resort town and possibly the relation of the owners of the hotel to this place may have inspired them to name the hotel “the Saratoga.”

And indeed, throughout much of the hotel’s existence, the connections between Havana and the upstate New York community have been strong.   As far back as 1895, the New York Times reported that Havana’s mayor, Segundo Alvarez, spent several weeks of that summer in Saratoga Springs with his daughters and two sons, keeping advised of events in Cuba by mail.

And, in 1902, the New York Times, through a foreign correspondent in Havana, reported on the large number of Cubans who leave for the island early in the season ‘to spend heated months at some of the summer resorts, preferably Long Branch (New Jersey) and Saratoga (New York).”

Further, in 1923, at a press conference in Saratoga Springs, the President of the Cuba-America Jockey and Automobile Club announced the launch of 100 days of thoroughbred racing in Havana – to be run from November to March that year– setting in place a thoroughbred racing partnership that continued between the two cities for decades.

Castro’s revolution and the ensuing closing off of Cuba left many of these connections forgotten, but Saratoga Springs’ mark on the island remained.  That connection continues to shine today, particularly in Havana, at the corner of Paseo del Prado and Dragones Street, where the Hotel Saratoga stands proudly, a tribute to a long and lively history between the two resort communities. 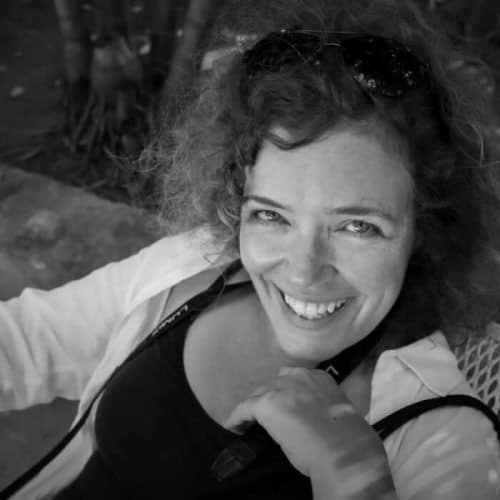 Lynn Cianfarani is a freelance writer from Saratoga, NY.

A guest from Rarotonga …

Hotel Saratoga is very classic and elegant. Very well situated and an excellent location for exploring on foot. The rooms are very large, beautiful bathrooms and we found the rooms and the hotel to be very clean indeed.

We did pay quite a lot of money to stay there however we knew the heat of exploring Havana would be hot work, so one of the main reasons we chose this hotel was because of the rooftop pool area. This is a very pretty area with views of the entire city of Havana.

The reception staff on arrival were not particularly welcoming or informative – customer relations need to be worked on. We enjoyed the friendliness of the guys up at the pool bar — and the food up here was very very good. Doormen usually had a smile on their faces. Some staff in the mezzanine area could also join the reception staff in their customer service. Overall a very beautiful hotel – and yes, we would stay there again and hopefully be welcomed with a smile.

Room Tip: a street-facing room would be my suggestion

A guest from New Delhi has these words of praise.

Madonna stayed at Hotel Saratoga the week before we arrived. We cut our stay at Iberostar Parque Central short in order to shift to this hotel. Saratoga, like Iberostar, is a premium hotel in Havana only it is actually worth the money.

Rooms are excellent and on par with five-star (in Cuba) expectations. Beds are comfy, wifi is stable, concierge/hotel staff solve problems, and the food is quality. The rooftop pool is amazing and the view was unmatched in Old Town.

If you are looking for a modern hotel with staff that can assist in dealing with all things Cuba, Hotel Saratoga is the optimal choice. If I’m ever in Havana again, this will be where I stay.

A traveler from Cardiff, Wales wasn’t happy in September 2016…

Don’t stay in this hotel!  The paid full rack rate for 2 suites for 2 nights Sept 25/26 No air con, complained several times, nothing was done. I tried to complain to managers, but all seemed to be conveniently unavailable for 2 days!! I get it’s Cuba, but no air-con or fan in 35-degree heat on the 1st floor..

A guest from Athens weighed in, not a big fan.

Even if the location is the best, in my opinion, in the city of Havana (walking distance from old Havana, Malecon and all the sights of interest) and the colonial atmosphere is really great, we were very disappointed by some aspects and most of them by the cleanliness. The floor was full of hair (from the previous guests) and even if we mentioned it to the reception after we returned, still the room was not so clean!

The breakfast was tasty and sufficient. The swimming pool and the roof with a great view are definitely a plus. I think it is worth making a reservation only for the suites (very expensive though) that they have a great view to Capitolio, because all the other rooms, which look at the patio, are not so bright. Overall, for its price, i think it is overestimated!