Ireland in January is a Proven Good-Time

Ireland in January?  You Bet! Visiting tourist sites with no lines makes this a smart travel choice

“Why in the world would you want to travel to Ireland in January?”

Over and over again. The same question resonated when we proudly told of our trip to Ireland in January.

Honestly, we secured great airfare. Literally, the ticket was one-third of the price to travel in August, so we jumped and decided to ask questions later.

It wasn’t until we stood all alone in Burren National Park in County Clare in the late afternoon before what is known as the portal tomb did we realize that we had made the best travel decision of our lives.

After all, what is travel but the discovery and ah-ha moments?

So we stuffed our suitcases with endless t-shirts for layering, wool socks for doubling, and hand-warmers for snuggling, always with the full intention of padding those with local purchases of Aran wool sweaters and knitted caps. Keeping warm would be the least of our thoughts.

With the northern county of Donegal as our final destination, we began our journey south of Dublin experiencing the 700-acre Powerscourt Gardens and its mansion commissioned in the 1730s.

Noted as one of the top three gardens in the entire world, blooms eluded us; however, it was manicured to perfection and the Japanese gardens and Victorian touches tickled my aristocratic fantasies.

With a grand view of the garden terrace, we enjoyed tea and scones at the Avoca Terrace Café and made new friends.

“We come here every afternoon,” Mary said. She and her husband who live in Dublin enjoy their cappuccinos and scones about mid-afternoon daily. “It’s just so lovely.”

From breathtaking grandeur to weathered history in less than 30 minutes, Glendalough, a sixth-century monastic settlement, allows visitors to step alongside gravestones, through a cathedral, around a settlement that flourished during the Age of Saints. There is the Glendalough Visitors Centre which provides history and exhibits.

Having completed our research prior to the trip and since there were few people competing for close-up looks, we headed into the settlement where the only sounds heard were the wind whipping through the Wicklow Mountains.

We conversed with a couple from Dublin who was, shockingly, experiencing it for the first time. During summer, they confirmed, there are just too many people.

Our first night was spent in Kilkenny in the wonderful and convenient Butler Court. Yvonne greeted us with the perfect modern room (#4), and as always, we asked for her recommendations for dinner. “Restaurant food or pub food,” Yvonne asked (so does everyone else in the country).

Come to find out, there is a difference. Our answer, “Pub food.” She pointed us to Kyteler’s Inn which opened its doors in 1324 and locals have been sitting at its bar, drinking a pint, ever since.

Again, we asked for favorites. “Hot Chicken & Ham Vol-Au-Vent and Bookmakers Sandwich.” One of each, we agreed.

After a much-needed night’s sleep, the next day brought a walking exploration of downtown Kilkenny; we sought out Kilkenny Castle and St. Canice’s Cathedral, both dating back to the twelfth and thirteenth centuries. Tours run through the castle daily, and the cathedral welcomes worshippers this Sunday morning.

Making our way toward Kenmare, we set our sights on the Rock of Cashel, one of Ireland’s most historic sights. This is where St. Patrick baptized King Aengus in 450 A.D. We marveled at St. Patrick’s Cross preserved in the Hall of Vicars. Cormac’s Chapel, one of the last remaining Romanesque chapels in Ireland, is the scene of preservation.

Moving ahead, we could not pass up a chance to kiss the Blarney Stone. Having heard of its legend and its power to give the gift of gab, we were all in.

We had no clue that the stone is at the top of the castle, six stories up single, winding misshapen stone steps. Catching our breath at the top, we then placed our lives in the hands of the old man who sits beside the stone offering instructions and assistance during the kiss.

We held on tightly to his arms and the iron rails. Now, we waited for our art of conversation to consume us. What a lovely place, this 600-year-old Blarney Castle. Intense greens and lush foliage make this one of Ireland’s most beautiful castle settings.

Driving in Ireland, we discover, is the best way to uncover treasures and decide your own schedule without being rushed or catering to someone else’s interpretation of a destination.

The Ring of Kerry (Beara Peninsula) and Dingle Peninsula, our next destination, parade their wealth of open land with its intersection with the mighty seas.

It is here we collided with the Wild Atlantic Way, which begins at its southern point of Kinsale and follows the jagged coastline north to Derry. If you have the time to visit The Ring of Kerry (120-mile-loop) and Dingle, do; it will take a day for each.

If not, we suggest the 30-mile-loop of the Dingle Peninsula and then exit over single-lane Conner’s Pass (one of the highest Irish mountain passes) toward the north.

With its 40 shades of green, Dingle does not disappoint. From the quaint 52-pub town of Dingle to the majesty of Slea Head to the historical Gallarus Oratory, we were impressed. Plus, we discovered a local potter Louis Mulcahy who has crafted works for the Pope and for presidents, and now, for the Garrisons.

The Cliffs of Moher

Heading north, the Cliffs of Moher called to us. In the winter, there’s a risk of high winds which, in turn, closes the visitor’s center plus access to the Cliffs.

Remaining optimistic, we spent the night in Doolin with the next day’s forecast of brief sunlight and relatively low winds. We dined at McGann’s Pub in Doolin where Americans who are traveling in the southerly direction told us of its closure.

So for this evening, we concentrated on wonderful Irish music. Blackie O’Connell and Cyril O’Donoghue: Irish bagpipes and the bouzouki. A roaring fire, Irish stew, and a pint. The Cliffs must wait.

We were up bright and early for a short drive to the Cliffs; sunlight leading the way. After a six euro parking fee (which includes entrance to the visitors center and to the cliffs), we hurried towards the observation area.

The Cliffs, which rise 702 feet at their highest point, were formed about 320 million years ago, a fact that adds the dimension of time to the majesty in front of us.

Located in County Clare and the Burren, the Cliffs are now a UNESCO site and focuses on environmental awareness. Along the cliff’s edge, is O’Brien’s Tower, built-in 1835. For two euros, visitors can climb to the top for a better view. No need; spectacular doesn’t get any better.

As breathtaking as the Cliffs of Moher are, so is The Burren National Park (UNESCO) but for very different reasons. “The Rocky Place” is a 10-square-mile limestone plateau that is scattered with hundreds of historic stone structures, including Iron Age stone forts, fifteenth-century castles, and a portal tomb.

No barriers contain visitors, so you can walk along what was once a seabed, listening as the wind skips eerily across the stone.

Moving northwestern toward Westport in County Mayo, we once again met history head-on. Just outside the city, we visited Crough Patrick, the holiest mountain in Ireland.

It is here that St. Patrick fasted for 40 days in 441 A.D. Pilgrims make the two-hour trek up the rocky mountain (ceremoniously the last Sunday in July, “Reek Sunday”) to the summit chapel in hopes that it will reduce their purgatorial sentences; others climb for the stunning views of County Mayo and Clew Bay.

There are even group pilgrimages to join. On the day we visited, there were young people praying and singing in the parking lot; they would begin their climb in a matter of minutes.

Across the road rests the Coffin Ship, Ireland National Famine Memorial. It was erected in the late 1990s as a memorial to those who died in the overcrowded ships in the 1840s trying to escape the potato famine. Look closely, for the masts are skeletons,  curving around the ship.

With five days behind us, we felt good about our Ireland discoveries. History. Wool sweaters. Unique pottery.

Guinness and more Guinness. We also realized that with all that we have experienced, it did not begin to provide us the full portrait of Ireland.

As we drove into Donegal just after sunset (which by the way is around 4:30 p.m. in the winter), we realize that we are going to have to plan another visit.

Next time, it will be during warmer weather, and even though that will bring crowds and lines, we will always recall our first visit when crowds were alien and we experienced Ireland the way it should be experienced.

Our three remaining days in Ireland involved family and grandchildren. Even though economics really brought us to Ireland in January, it is a country rich in history and family that will keep us coming back all year round. 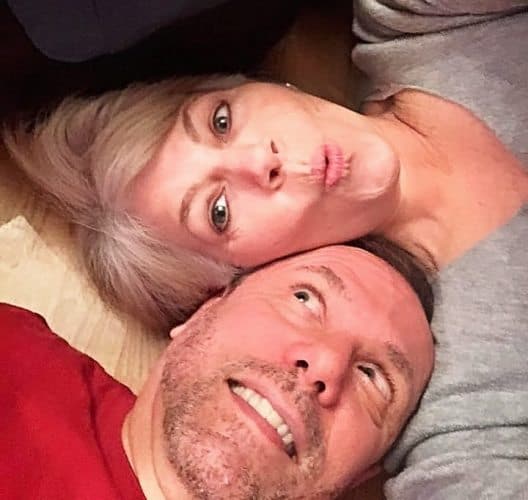 Judy Garrison Judy (writer) and Len (photographer) Garrison are the team of Seeing Southern, known also as Two Coots Travel. As freelance travel writers based in Georgia, they explore the South and beyond, adding faces to places and substance to the travel experience. Follow their travels on Facebook, Instagram, and on their website at Seeing Southern.