Moldova: A Country Obsessed with Wine

Moldova Wine Country: 142 Great Reasons to Visit a Country Few Have Even Heard Of

This country celebrates a national wine holiday. When I arrived at Chisinau Airport to experience Moldovan wine culture, I was greeted on National Wine Day with a warm hello and a small bottle of local wine.

These hospitable touches carried through my visit to this small Eastern European country.

There are 142 wineries in Moldova with about a dozen offering broad-based tours and tastings. English is widely spoken along with the official Romanian language and Russian.

Shaped like a bunch of grapes and tucked between Romania to the east and surrounded elsewhere by Ukraine, Moldova is obsessed with wine.

Highest Per Capita Production of Wine

With less than four million people, Moldova boasts the highest per capita production of wine in the world. It ranks 18th for wine produced globally which doesn’t sound impressive until you realize that New Zealand is 15th and Hungary, 16th.

If you’d want to avoid crowded wine roads and gaudy vinous tchotchkes, Moldova is an attractive option. Moldovan vintners are serious about quality winemaking and launching options to entertain and educate guests.

With timbered buildings, dancers in native dress and flowers in wine jugs, Asconi Winery provided a picturesque setting for the Prime Minister to officially declare National Wine Day in October 2015.

Dancing, music, and free wine flowed freely at Asconi and most Moldovan wineries.

Throughout the year wine adventures—and most all tourism in Moldova—begins in Chisinau. Eastern Orthodox cathedrals are juxtaposed with modern bistros and cafés.

An excellent starting point for tasting Moldovan wine is the wine bar and shop, Vinoteca Wine.md (Md is the country web code for Moldova). Located on Pushkin Street, named for the poet Alexander Pushkin who lived in the city, the shop lists tasting flights of local wines and bottles for purchase. As a visitors’ resource, the Vinoteca also offers maps, a winery guide and a portfolio of winery tours.

Moldovans eagerly talk about their country’s wine heritage which started around 5,000 B. C. The Dacian tribes, who preceded Roman rule, grew grapes. Stefan the Great, a famous Moldovan leader of the 15th century, revived grape growing.

When the Russians conquered the Ottomans and renamed the area Bessarabia, they invited the French to plant grapes. Moldovan winemakers won their first gold medal in 1878. By the 1950s, every second bottle of wine consumed in the U.S.S.R. came from Moldova.

But in 2006, Russia banned imports of Moldovan wine after territorial disputes erupted in the eastern region of Transnistria. Many winery bankruptcies followed. But the surviving companies have largely shed the mass production winemaking of the Soviets, modernized equipment and renewed wine tourism.

Wineries in the South

Asconi represents the changing wine landscape. Located about 30 minutes south of Chisinau, the winery was founded soon after the Russians left in the early 1990s, and the privatization of wineries began. The winery was upgraded, the young winemaker studied abroad, and guest cottages with a restaurant were opened.

Touring Moldova means a visit to Milestii Mici, also 30 minutes south of Chisinau. We took selfies at the entrance with red wine glasses that continually “fill” from the “wine” fountain. The only government-owned winery, Milestii Mici is a Moldovan “National and Cultural Heritage” site—and Guinness Book of World Records holder for the largest wine cellar in the world—34 miles of underground wine. Limestone quarried from the cellar helped build Chisinau and nearby villages.

The winery offers a wide selection of cellar tours with wine tastings and snacks or traditional meals. You tour the cellar in your car, but you need an extra seat for the guide.

Wine in the heart of Moldova

Next, we traveled to the countryside in central Moldova on our way to Chateau Vartely, about 30 minutes north of Chisinau. We passed hay trucks and cows grazing in the fields.

As the roads narrowed, the potholes increased. The lack of infrastructure investment by the Soviets is evinced outside of Chisinau.

Near Chateau Vartely we stopped at historic, scenic Old Oriel (Orheiul Vechi), a UNESCO heritage site with architectural ruins on rocky hills. The Dacians and Turks both built fortresses on the limestone cliffs. We visited the famous 13th-century cave monastery built into a cliff; a solitary monk lives there now who depends on the kindness of villagers for daily needs.

The winery’s name, Chateau Vartely, evokes grand European traditions, and “Vartely,” meaning “place of stone,” relates to the terroir. From the patio, you can see the stream-like Raut River that runs through the rocky Old Oriel valley. The chateau includes a hotel and a 250-seat restaurant.

Labeled as “pure aristocratic” wine, Taraboste reflects the name the Romans gave the bearded Dacian leaders. The Moldovan dessert of dried plums stuffed with walnuts in a sweet-smoky sauce, topped with whipped cream, pomegranate seeds and house-made plum brandy (divin) was a fit ending to the evening.

Sipping in the South East

A wine-country day trip to the South Eastern region of Stefan Voda hints at the country’s future as a wine tourist destination.

I felt very much at home at EtCetera Winery, a two-hour drive from Chisinau. The expansive front deck with big purple lounging pillows evoked my home wine country of Northern California. On the back porch, the owners’ mother served us placinta, the delicious, hot stuffed dough pastries filled with savory cheese or cabbage—the best we tasted in Moldova.

Launched in 2009, EtCetera is the first, modern family-owned winery built in the middle of vineyards. I wanted to spend the night at the Etcetera guest house and attend the “signature placinta making master class” with Mom Nina.

After working in the U.S. and on cruise ships, co-owner Igor Luchianov is a savvy arbiter of American tastes.

The EtCetera wines are approachable and fruit-forward. For example, the Sauvignon Blanc is fresh and full-bodied while the Cuvée Rouge is an easy-drinking blend of cabernet sauvignon-merlot blend with indigenous red grapes Rara Neagra and Saperavi.

The First was Purcari

The next stop, Purcari Winery, is a few minutes drive and a world of history from Etcetera. Founded in 1827 by Catherine the Great, Purcari has officially proclaimed the first winemaking house in Moldova. Known as a wine resort, the Purcari experience includes an eight-suite hotel and two restaurants, hiking, biking, and fishing or boating on the property’s lake.

While touring the historic cellars, we learned that Purcari won the 1878 gold medal at the World Exhibition in Paris. In 1950, the winery restarted production and replanting began in 2003.

The British ruling family favors Negru de Purcari wines. I held a bottle of the 1984 vintage of Negru de Purcari—with an English label—that was sent to Queen Elizabeth II—a remarkable transaction during the Cold War.

Along with sister brand Bostovan, Purcari is the largest Moldovan winery in sales. Purcari Pinot Noir is the house Pinot Noir at the New York City Marriott. I enjoyed the smooth, fresh profile of the Purcari Vinohora blends. Vinohora, or “wine of the hora,” refers to the Romanian dance well-known in Jewish circles as a celebratory dance at parties.

Owner Victor Bostan is most proud of Purcari Freedom Blends celebrating the 20-year freedom from Soviet rule. Comprised of grape varieties from Ukraine, the Republic of Georgia, and Moldova, the Freedom Blend red captured my attention with its complex and ripe fruit.

Back in the Chisinau area, major producer Wines of Moldova is another National and Cultural Heritage site. Circova possesses the world’s second-largest wine cellar after Milestii Mici. This underground wine city was also excavated for the construction stone.

When Wines of Moldova rebranded a few years ago, this government agency supporting the wine industry invited U.S. Secretary of State John Kerry to participate in the official celebration. Kerry brought bottles of wine to add to the “Moldovan National Wine Collection,” famous wines from celebrities who store wine there, including Vladimir Putin and Angela Merkel. The guides proudly point to bottles from Yuri Gagarin, the first space traveler, and photos from his visit.

The Vin Virgin brand, explained senior winemaker Vasile Luca, is an all-natural Merlot with minimal interventions and no filtration—a major change from the Soviets methods which filtered and stripped out flavor and color from wine.

In the last decade, the Moldovan wine industry has bloomed as new producers seek opportunities. The Small Wine Producers Association http://www.winemoldova.com/ is headed by Ion Luca, owner of Carpe Diem Winery. Luca also operates Carpe Diem Wine Shop in the center of Chisinau. The shop offers tastings and purchases of Carpe Diem wines with their fun labels and other wines.

With much to see, taste, sip, and do in Chisinau and the countryside, new discoveries continually delighted me.

After visiting Carpe Diem, I found myself walking through the Arc de Triomphe—without the traffic and hassle of Paris—under the flowing Moldovan flag. Erected in the 1840s, the monument commemorates the victory of the Russians over the Ottoman Empire.

“We want you to come back,” Victor Bostan, the owner of Purcari said to us as we finished off our dessert cherry placinta there. Fortunately, more Moldovan wines are showing up in U.S. stores. But we’ll take him up on his offer for another round of Vinohora wine and dancing.

You can plan meals around winery tours. In Chisinau the following restaurants are notable:

Visit Vatra Neamului for a traditional feast and the historical ambiance featuring portraits of famous poets and denizens of the city lining the walls.

Platters of smoked trout and pike perch, cured meats and vegetables, and sheep’s milk brinza cheese to start, and then the zama chicken soup followed by mancarica, pork stew with mamaliga, polenta. Str.Puskin, nr 20 B, Chisinau +373 22226839

The Grill House is a modern Mediterranean-Balkan-Middle Eastern bistro with the slogan is “Make Hummus, Not War”—the house-made feta version is delicious. Consider sweet Bulgarian peppers with feta, mint, and thyme or Jerusalem salad with avocado and tahini for starters.

When you crave fusion food, don’t miss the dining options at the Radisson Blu Leogrand Hotel.New York Restaurant and Bar. The bistro serves nachos, tapas, and dinner specials, plus a Happy Hour. Reopened recently, the New York restaurant offers access from the hotel or outside.

Where to stay in Chisinau: the new Radisson Blu Leogrand Hotel has a welcoming lobby, excellent amenities, an outstanding “super breakfast buffet” in the Ambassador restaurant with local and international foods.

How to get there: Flights to Chisinau from major European cities on Ukrainian Air through Kiev

This trip was made with assistance by Wines of Moldova but the opinions in this story are the author’s own. 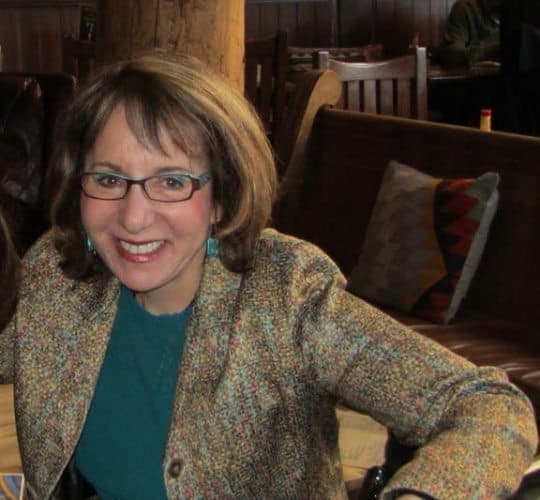 From her home base in the San Francisco Bay Area, Deborah Grossman explores the world, one vineyard and dining table at a time, looking for behind-the-scenes stories about underappreciated cultures, food and drink. A taste of her articles can be found at deborahgrossman.com.