Suffolk, England: A great place for a relaxing family break

The pretty Suffolk village of Lavenham was featured in ‘Harry Potter and the Deathly Hallows’ as ‘Godric’s Hollow’, the birthplace of the world’s most famous wizard.

And as I pushed my baby daughter’s pram passed its dozens of timber-framed medieval cottages on all sides, I felt like I was on a film set.

Or that I’d climbed out of a time-traveling Tardis, transported back to the 15th century, when the wool trade made Lavenham one of the most important settlements in England. Some of the buildings are slanting so much they look like they are about to fall down, but they were built well enough to have survived five centuries.

I was enjoying a mid-week break with my partner, Alicia, and baby daughter, Cristina. It was her first trip out of London since her birth, five months before. I’d worked in Suffolk as a journalist many years ago, and knew that it was a great place to relax and unwind from the new stresses of parenthood, and to fill our lungs with cleaner air than we are used to in London.

The pace is gentle and people are genuine. We rented a car in London and made the easy drive on less-traveled roads through small villages.

After our pram-push around the village, we ate lunch in the 15th century Swan Hotel, sitting in a cozy corner near smoldering logs in the wide fireplace. On the way to the very clean baby-change room, I discovered the Airmens’ Bar, decorated with air force photographs, crests and other memorabilia from the many air bases around East Anglia, reflecting the region’s deep connection to both the RAF and the US Air Force since the Second World War.

Hotel haunted by a mad Marquis

Our baby slept while we drove back to our hotel, The Ickworth at Horringer, three miles outside Bury St Edmunds. The hotel occupies the East Wing of Ickworth House, a magnificent stately home built by the Marquis of Bristol in 1795. A giant rotunda, designed in an Italian style, sits at the center.

The sweeping building is set in 2,000 acres of National Trust land, and during our stay we enjoyed walking along trails that wove between tall pines and cypress trees; not a track for prams, but we had the sling in which to carry Cristina.

At night, some of the trees were floodlit, and, used to nocturnal parental habits, I walked alone through them, gazing up at the bright display of stars in the broad East Anglian sky.

When I was a news reporter for the local newspaper, some 20 years before, I had visited Ickworth several times to write features about the seventh Marquis of Bristol. At the time, the heroin-addicted playboy was in Brixton Prison, starting his second stretch inside for drug offenses.

Not surprisingly, butlers and stable maids gave me a frosty response in those days, closing the door to me and politely asking me to leave. But his chaotic lifestyle was catching up with him.

His family had handed the estate to the National Trust in 1956 in lieu of death taxes, leasing the family quarters in the East Wing. However, the Marquis’s debts became so great that he sold the lease in 1998, and went to live on a cottage on the estate; by then he was in poor health and reclusive and died a year later, aged just 44.

As well as being my baby’s first holiday, I’d been excited to see inside the East Wing for the first time. The hotel still has the feel of a family home. Many photos and paintings had been left by Lord Bristol, and the 1970s art deco furniture hinted at the era when money didn’t matter and the house parties were at their wildest, attended by rock stars and aristocrats. Photos of pheasant shoots and lords and ladies clinking champagne glasses adorn the walls.

‘The shame of Junkie Johnny’ 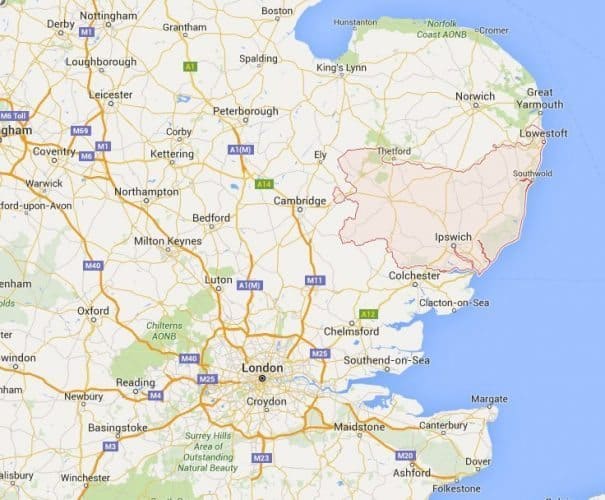 I’d brought along the news feature I’d written 20 years ago –- left in a box in the loft all this time — and, after breakfast in the high-ceilinged conservatory, I shared it with some of the staff.

Most weren’t familiar with Ickworth’s most infamous resident and were fascinated by my piece, titled ‘The Shame of Junkie Johnny’. But one waitress, who lived in Horringer, was indignant and wanted to defend him.

“He gets criticized a lot,” she said, “but he was always good to the community. He gave a lot of money to local projects. Not many people know that.” Her grandmother had worked for Lord Bristol.

“He was always good to the staff,” she added. But we both agreed that he’d been ruined by his wealth and privilege.

The bedrooms are named after some of the family. We were in the ‘Isabella’ room, named after Lord Bristol’s wife of three years, Lady Isabella Fisher. I wondered whether she’d slept there during their marriage night, after she’d discovered her husband taking cocaine with two very close male friends and run away in tears.

The stirrings of Democracy

The next day we took our pram around Bury St Edmunds, just three miles from Ickworth, and, like Lavenham, another place that seems out-of-step with the frenzied pace of modern life.

In the Abbey Gardens, we wandered around the ruins of the Benedictine abbey, sacked in the 14th century by local people, fed up with its dominance of the town, and then destroyed during King Henry VIII’s dissolution of the monasteries in the 16th century.

Though I was surprised by how much of the abbey, built of the shiny black flintstone that is found all over East Anglia, had survived these two attempts to destroy it.

On one of the larger pillars there is a plaque that commemorates a significant moment in the nation’s history that took place in the abbey: in 1214, medieval Barons, fed up with King John’s indulgences, united to force him to sign the ‘Charter of Liberties’, a document that paved the way for the Magna Carta, the foundation stone of Britain’s democratic tradition.

The Scent of Hops

We weren’t visiting at the best time of year, but from my year in Bury, I know that in spring and summer the gardens are filled with color, and are a major attraction on the Suffolk tourist trail. As we walked, my partner asked me about the strange smell in the air.

To me the hoppy aroma was slightly familiar, reminding me of youthful home brew disasters. I realized that it was drifting from the Greene King brewery, just a few hundred yards away, and the capital of the Greene King empire that stretches across East Anglia, into London, and beyond. Their hops were strong and we could smell it!

The 12th century Norman bell tower of St Edmundsbury Cathedral stands tall, overlooking the gardens. I thought about the DJ John Peel, who lived in a village close to Bury, and whose funeral took place in the cathedral, witnessed by a thousand mourners.

Outside the cathedral stands a bronze statue of Edmund, King of the East Angles, who gave his name to the town. All five foot of him! He was killed by the Danes in 869, and 30 years later his body was buried in a shrine that became a site of pilgrimage, leading to the founding of the abbey.In a Nutshell

It was market day, and we strolled around the stalls, many selling fruit, vegetables and meat from local farms, and admired the many historic buildings in the town’s center.

One of these is Moyse’s Hall, where there are two of the more macabre exhibits I’ve seen in a museum: the death mask of William Corder, a pig farmer who was hanged in Bury town square for the murder of his secret lover, and a book about the events that is bound in his skin, tanned to a darker shade.

Afterward, I wanted to sample a pint of Greene King in ‘The Nutshell’, a tiny pub with a handful of seats that claims to be Britain’s smallest. But it looked busy, with at least three customers, and my partner wasn’t sure our pram would fit.

So we drove back to The Ickworth, where Cristina had her first swim in the hotel’s swimming pool, converted from the old stables. The hotel is well-equipped for babies and children, and the next day, while my partner relaxed further with the help of a ‘fourth-trimester’ massage in the hotel spa, I took Cristina to the hotel’s crèche, next to the cellar in what used to be the servants’ quarters – it was very upstairs, downstairs.

Soon, our time was up, and I had only scratched the surface of the places I’d wanted to visit: the house of painter Thomas Gainsborough’s at Sudbury, for one. But this wasn’t a holiday for rushing around and ticking off the places we’d seen. 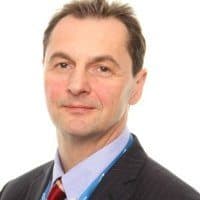 Adrian Hallchurch was a reporter and editor for many decades and has traveled extensively to India and other countries. He lives in the UK.