Mexico: A Taste of Delicious Oaxaca

A Cultural and Literal Bite of Oaxaca

Oaxaca, the capital city of the state of the same name is the jumping-off spot for the archeological zones of Monte Alban and Mitla but the city itself is s jewel with wonderful museums, art galleries, restaurants, and a delightful ambiance.

Another plus is the climate: sunny, (other than the rainy period from June to early October), mostly with temperatures in the low eighties.

Originally known as Antequera, the city changed its name after Mexico became independent from Spain in 1821; some years later “de Juárez” was added in honor of Benito Juarez who began his legal and political career there. That said, no one calls it anything other than plain Oaxaca.

In February 2015, the Zocalo, teeming with posters and banners on behalf of what began in 2006 as a teachers’ protest, was not as enchanting as it used to be but is still worthwhile for a beer or coffee with a dose of people-watching. Sometimes there is live music and handicrafts to admire. There’s no sense of danger –just intense crowds and vendors hawking cheap souvenirs.

Walking is the way to get around Oaxaca as distances within the Centro (read historic district) are short. Color is all around with houses painted bright pink, yellow or blue, wall murals, flowers galore and a few official buildings retaining a vestige of their earlier Colonial charm.

The Low and High on Where to Stay

My adult daughter and I stayed at Casa Ollin, a charming B& B run to perfection by a local woman and her American husband. Ollin has four rooms and four suites, many with balconies facing the pretty pool; very helpful staff and brilliant breakfasts; some visitors return each year so a far-ahead reservation is a must. Quintana Roo 183. www.oaxacabedandbreakfast.com Prices from $95-130.

If B & B’s aren’t your thing, Hotel Quinta Real, where I’ve stayed on other visits, is a classy and far more expensive choice that was converted from a 16th-century convent to a hotel in the 1970s. It has 91 rooms, several beautiful courtyards with gorgeous plantings and a pool. www.quintareal.com 5 de Mayo, Centro. Rooms are roughly $150 and up but deals can be had.

Oaxaca’s Textile Museum is housed in an unassuming, Colonial-era building. Inside, the re-purposed space is spare and stunning, the better to show off well-thought-out exhibits. Near the entrance, a video (in Spanish but the pictures do the trick) lays out the complicated process of making cochineal, the brilliant red color used to dye fabrics, and the somewhat less exalted Starbucks’ strawberry Frappuccino.

Another area displays photographs of the dye-making process and gorgeous textiles hang throughout. The museum has spaces both in and outdoors including a creative playground for kids set in front of espaliered cactus plants, a cafe, a fancy restaurant and a great gift shop where I still regret not buying an embroidered pillowcase.

The tiny Museo Belber- Jimenez is often overlooked–possibly as others have as much trouble finding it as we did, probably due to a vague schematic map and our -less- than- brilliant Spanish. Belber-Jimenez showcases the collection of Federico Jiménez, a jewelry maker originally from the village of Tutulepec, and his wife, Ellen Belber, who together gathered archeological and colonial jewelry, highly-decorated saddles and folk dresses now displayed on manikins.

The Museum of Contemporary Art is in a building known as the House of Cortez (where Cortez never lived.) Upstairs was a display of carved pillars and objects as well as several galleries with wall drawings and a film explaining their origin as a codex (very old book) originally in the Vatican.

This museum is light and airy with changing exhibits and evening programs in the courtyard. www.museomaco.com Alcalá 202, half block north of Morelos; Wed-Mon 10:30 am – 8 pm, closed Tue; Mex$20 (free on Sundays and holidays. )

Even if your brush with nature is limited to an annual picnic, don’t overlook The Ethnobotanical Garden, built around the former monastery of Santo Domingo.

To visit you must be part of a tour which is given in English several times a week and last about two hours. Our docent, an American ex-pat, was one of the best guides ever, bar none.

She talked about plants used for foods and those for making fiber; told us where to buy Mexican foodstuffs; handed around amaranth seeds and bits of nopales cactus to demonstrate how the cochineal bug it hosts yields the red dye; and she pointed out several types of birds and had us see seed pods and odd bark of unreal-looking trees.

On Fridays, the place to be is in Otlacan, a scant hour’s drive from Oaxaca. This weekly market offers everything from metal machetes and farming tools to fruits, veggies, and flowers; live turkeys and chickens, plastic goods from China, and meats, both for home consumption and eating on the spot.

Sheltered from the sun by plastic strips overhead, (other parts of the market are under a roof), a tortilla maker cranked out warm rounds on a machine that has seen a lot of service.

For a break, we ducked into a church largely restored with funds from artist Rodolfo Morales, a painter who incorporated “magic realism ” into his work. Back outside we ate long, skinny, totally greaseless crullers dusted with sugar before entering the Foundacion Morales which, although technically closed for repairs, was available to us thanks to Ernesto, our guide, whose mother owns Casa Ollin.

The gardens are beautiful; Morales’ art is on display and his workroom bulges with ribbons and laces for collage work. However, my favorite part was the still-in-use kitchen, a riot of blue and yellow ceramic tiles with pots ranging from huge to miniature hanging from the walls. www.fcrom.org.mx

Memorable Meals and Snacks in Oaxaca

Ravenous after the Foundacion, Ernesto drove us to Las Huamuches, a place I wouldn’t have ventured into without him. Turns out it’s renowned with a large menu and friendly service.

We opted for grilled strips of beef and pork to be cooked over a wood fire. With the meat came a basket of warm tortillas accompanying a platter of large, beautifully carved radishes, greens, tomatoes, nopales and branches of herbs including epazote, a Mexican favorite.

The classic way to eat this dish is to roll a piece of meat into a tortilla augmented with your choice of veggies and herbs. A splash of the ever-present hot sauce is up to you. Moderate prices, Santo Tomas Jalieza literally on the roadside.

Mexican beer is well known; mezcal less so. The alcoholic beverage is made from the maguey plant, a type of Mexican agave which not a cactus. Oaxaca is dotted with mezcal bars like La Mezcalera, near our B&B, where we sampled different types including young, gold, reposado, and anejo, aged for a year or more.

At Casa Ollin, each day brought a different breakfast delight. Day one we had an omelet stuffed with chopped chapulines, (grasshoppers, an Oaxacan specialty), and cheese, the whole bathed in tomato sauce. (I ate chapulines several more times–their taste depends on how the insects are prepared so they can be spicy, salty or fairly tasteless.)

Other mornings brought a quesadilla with a side of spicy sauce; cut-up tortillas accompanied by black beans and skinny nopal and an Oaxacan mole-filled tamale wrapped in the traditional banana leaf. A basket of sweet Mexican bread was always on the table as was orange juice, fabulous, strong coffee, and tea.

Oaxaca has restaurants to fit every budget. Some, especially the less expensive spots, stop serving at 7 or 7:30 pm so check before you go. El Quinque is inexpensive and deservedly popular. If you want alcohol BYOB but since I didn’t know I made do with guava water, purportedly made with purified H2O (I never got sick so suspect this is widely used in public eateries.)

Chicken fajitas arrived with a Mexican take on string beans, broccoli, cooked green peppers, fresh tortillas, and a bowl of hot, but not blinding, sauce. Because the main room downstairs was full, I sat upstairs and somehow got the royal treatment from the chef/owner practicing his English. The place is always packed thanks to its simple, though excellent food and gentle prices but do not take reservations. Macedonio Alcala #901.

The night before leaving, we ate at La Biznaga enjoying great Margaritas, a nice wine list, and outstanding turkey mole. The restaurant is low-key and attractive with a ceiling that opens to reveal the sky and casually-dressed diners, most of them not Mexican. www.labiznaga.com.mx Manuel Garcia Vigil 512.

At least three people raved to me about tlayudas, large semi-dried tortillas, often glazed with asiento (unrefined pork lard) and topped with refried beans, tomatoes, avocadoes, and some kind of meat. One of the most popular spots to sample a tlayuda, which makes a great lunch, is a hole in the wall at México 68 (north end of Col. Reforma). 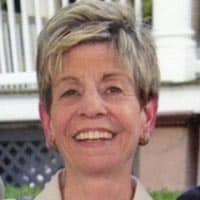 Mari S. Gold is a freelance writer who contributes to many magazines and websites. She writes on lifestyle, food, travel and health and travels as much as she can. Read her blog, But I Digress…on travel, food life experiences.