When Kimberly Haley-Coleman used to travel for business in the 1990s, she would try to put her extra time to good use with a weekend service trip. “But I couldn’t seem to find anything short-term,” she explained.

“Everything seemed to be at least six weeks, and I didn’t have that kind of time.” So she started organizing her own. Soon this spiraled into its own non-profit.

She left her for-profit job in 2000 to go full-time with Globe Aware, the organization she founded to allow people to go on short-term service trips. “We were the first to specialize in these short-term trips, and that makes us unique,” she said. With Globe Aware, trips last one week, Saturday to Saturday.

Globe Aware has two major aims. One is to promote sustainability of the people to stand on their own two feet, similar to the old adage of “teach a man to fish and you feed him for a lifetime.”

The second aim is to promote cultural awareness. “To us, that means understanding the real beauty of a country, not just the tourist parts,” said Haley-Coleman.

The organization operates in a number of countries in Asia and Latin America, as well as Romania, Ghana and South Africa. Each country has its own needs and thus has its own projects. No two country projects are exactly alike.

In Cambodia, volunteers spent 35-40 hours a week assembling and distributing wheelchairs. The rest of the time, they can explore the area during a handful of planned, optional excursions or spend time with the people who live in the area.

“We seek to get people working side by side between cultures,” Haley-Coleman said.

People of all ages can participate in Globe Aware trips. “Even if you’re two years old you can do this work,” she said. “We get kids involved in every piece of the process. You won’t be able to build a wheelchair if you’re that young, but you can hold a wrench and help Dad while he works. It won’t be as fast, but if it was about being fast we wouldn’t be here anyway.”

She acknowledged that the local people are quicker at almost anything that the volunteers do during the project, but stressed that they need each other.

“Everything we do, they’re better at,” she said, “but the volunteers bring in materials that the locals couldn’t afford otherwise.”
In that sense, volunteers and locals have a sort of symbiotic relationship. They feed off each other, learning about where the other comes from and what their lives are like.

It is this combination that rests at the heart of Globe Aware trips. They aren’t about productivity, but rather the friendship and fellowship of putting people together. “You can’t put a value on that,” said Haley-Coleman.

She said that having children go on these service trips gives them a better sense of what exactly they have and what they might want to have in the future. “It helps you start to understand the real beauties of our culture and another,” she said. “That really goes for anyone.”

One trip that might be of increased recent interest is Cuba, in light of the changing United States diplomatic policy with the country. For Haley-Coleman and her team, though, planning a Cuba service trip proved to be a challenge.

“Cuba has a higher literacy rate than the United States,” she said, “and the government tends to take the stance that they are not in need of volunteers, generally. Their position is that the economic issues stem from the embargo.”

Therefore in Cuba, the Globe Aware trip is a cultural awareness people-to-people trip, where volunteers spend time visiting the island and interacting with locals. The general school of thought is that as US relations with Cuba normalize, the charm the country has right now might fall victim to American globalization. That’s why anyone who wants to see Cuba as it has been for years should go there now.

With Globe Aware, participants will spend the week visiting museums and cultural projects and learning about the philosophies of the Cubans and their ways of operating.

In Thailand, volunteers care for elephants by helping to build up an ecologically forested rainforest to serve as an elephant habitat. This is important work because of Thailand’s use of elephants as moneymakers in circuses. Volunteers spend most of the week with the elephants and working with locals to preserve the habitat.

Globe Aware does not run trips to places with existing travel warnings. They’ll also cancel a trip to a country if a travel warning appears between a person booking their flight and going on a trip; safety is their first priority. In this case, participants have the option to get their money back or go to a different country and a different service project.

Volunteers need no training for their project and can be of any age; everyone will have a job to do and a contribution to make. Meals, accommodation, bottled water, medical insurance and project materials are included on all trips. 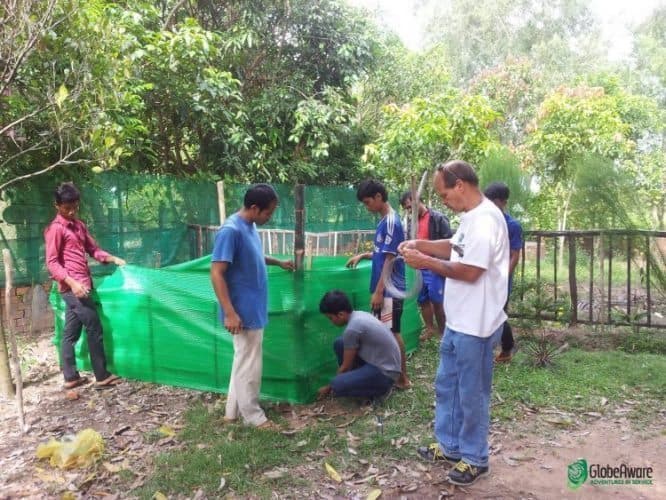 Working in Cambodia Globe Aware volunteers are about 60% female, and the average age range is between 25 and 55, though volunteers of all ages are welcomed.

Some people do multigenerational travel, with volunteers bringing their parents and their kids with them. Many volunteers travel alone, even if they have a significant other.

“Maybe their partner couldn’t get the week off work, or doesn’t like to travel, but the volunteer still wanted to come,” explained Haley-Coleman.

One of the greatest benefits of Globe Aware trips being short term is that the pool of volunteers is much wider. Most people don’t have time for an extended service trip, even one of three or four weeks. The reality is the majority of Americans don’t get much vacation time. But many people can spend a week in a new country, because they get to travel and be of tangible service to the community they visit.

“The greatest parts of this organization are the empowerment of the volunteers after a week of service and the feeling of fellowship that the locals have,” said Haley-Coleman.

She addressed the idea that volunteers get just as much out of these experiences as locals do, which she said some don’t see as good, but she does.

“Is it a bad thing that the non-profit volunteers and the locals benefit equally? I don’t think so, no,” she said. “It’s only bad if the locals are being used, like on orphanage tours or something similar.”

For Haley-Coleman, it’s not about the numerical impact, that’s made, but the relational one. That’s what she sees as most important. 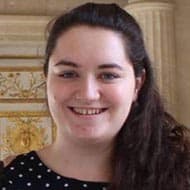 Eleanor Harteis a journalist and writer based in Boston, MA. She’s fortunate to have studied abroad in Paris and to have visited Ireland, Belgium, Scotland, the Czech Republic, and a few other countries, but she has many remaining on her list! She’s always looking for the next adventure.