Legends of the Wild in Panama 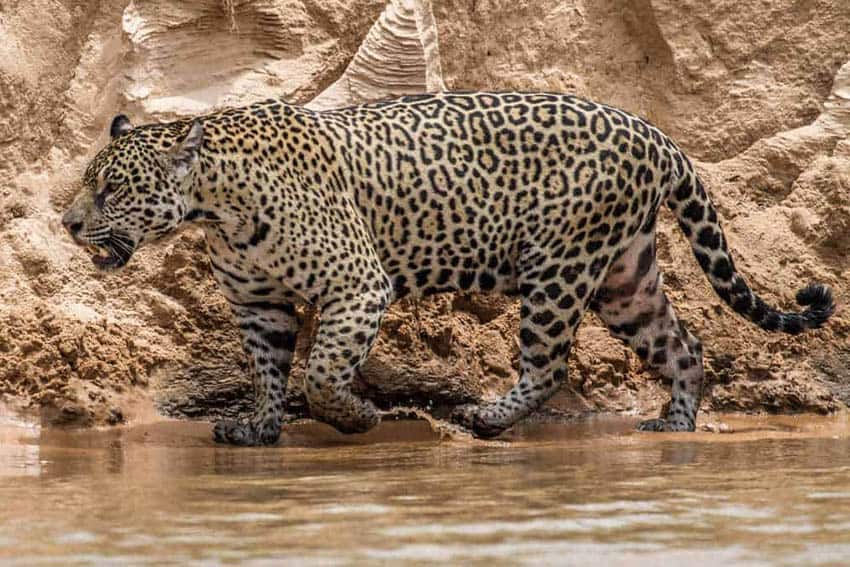 “A Pure Visceral Adventure” in the Jungles of Panama

Deep in the jungles of Panama in an area called the Darien Gap, there are 75 camera traps. Morning, noon and night, these cameras are snapping photos in the jungle, photos that one person is hopng include jaguars.

A Panamanian researcher, Ricardo Moreno, has set up these traps in order to better understand jaguar behavior. And starting in September 2015, adventurers looking for the thrill of a serious expedition into the heart of the jungle to take a peek at this kind of research will be able to join in the exploration in the jungles of Panama.

The Darien Gap, on the east side of Panama, is the last remote unsettled area in Central America. “Who would ever go into the Darien Gap?” is the general sense of thought surrounding the area. Ray Smith, owner of Legends of the Wild expedition company, plans to lead people to do just that.

It’s an amazing area for scientific research,” said Smith of the Darien Gap. “It has the greatest richness of biodiversity.” Smith spent a lot of time “fishing in Panama and Central America, off the beaten path,” he said. Through this he met a scientists who was cataloging native snakes in Panama and told Smith about the challenges that come with conservation of the ecosystem and trying to fund that research.

Smith looked into the idea of combining his love for his off the beaten path adventures and his desire to help local scientists, and in 2013 Legends of the Wild was born.

Legends of the Wild has two expeditions – and neither are for the faint of heart. They go deep into the jungle, not just on the edge like so many other trips do. “These are true epic adventures,” said Smith. “We want you to feel like a 19th century explorer.”

The first is a one-week trip called the Bushmaster Quest, where participants trek from the end of the Pan-American Highway to the sea, seeking to find and photograph the elusive Bushmaster snake, which can be up to 14 feet long. ”There is a real adrenaline rush to seeing these animals in the wild.” For this journey, participants will be working alongside herpetologists – a scientist concerned with the science of amphibians.

The second trip is two weeks long, called the Jaguar Expedition. Participants work with Ricardo Moreno and his camera traps to help track jaguar behavior. With the construction and development of Panama, jaguars have been herded into increasingly smaller areas and have to compete for less prey due to the build up.

The Jaguar Expedition seeks to understand their behavior and population migration. Participants spend three to four days learning how to conduct research. “After about a day and a half you feel like you’re in another world,” said Smith, referring to the complete isolation that participants experience.

The food is prepared in advance and then cooked in the jungle. Participants have state of the art satellite phones for emergencies, but otherwise the group is in complete isolation.

There are two major components to Legends of the Wild trips. The first is the hiking and exploring in Panama. The second is helping scientists with their research and conservation. The distribution of the two is split right down the middle. “Without the conservation element I don’t think I would do this. I wouldn’t feel comfortable just trekking,” said Smith. “That’s the raison d’etre for our company: to be able to tangibly help the research scientists.”

Smith accomplishes this by providing the interested participants to assist with the research and by giving the researchers a substantial chunk of funding, which comes from the trip cost, to continue their research.

“This is good because we are with someone who has the infrastructure in place because they know the indigenous people and the area, as well as the contacts we need to do this in a responsible manner,” said Smith. “It allows us to give back to the scientists as well.”

The guides use their funding to further their research, which Smith hopes “will become more of a pattern for this kind of eco travel.” Participants are investing locally because they are spending money locally. The goal is for participants to arrive home not only having had a true, visceral adventure expedition, but also to say “I think we actually did something good there.”

The ideal expedition participant is between 30 and 50 years old and has already been one an eco travel experience – traveling by boat on an Amazonian river or staying in an eco lodge, according to Smith.

Though the trip is open to anyone over 18, there is the issue of discretionary income. The one-week Bushmaster trip is $2,500 and the two-week jaguar expedition is $5,000. “We compete very favorably on a price point with European travel markets,” said Smith, “but this is the kind of trip where you need a lot of discretionary income.”

“The journeys that we organize are incredibly complicated in terms of groundwork,” said Smith, describing the necessity of applying for permits, hiring
guides and doing the recon work required to make sure trips run smoothly, adding that to do these trips at a cheaper rate would just not be possible.

Individuals are attracted by the personal challenge in this kind of adventure. “There’s a tremendous sense of accomplishment when you finish this trip,” said Smith. “There’s a sense of elation that you were able to do it.” Smith markets the trips based on the heartiness and arduousness inherent within.

“Tourism has changed the behavior of animals, not necessarily by endangering them, but by changing how they act,” Smith said, “and that’s really sad. Some times animals lie waiting on river banks for food, something that is not their normal behavior, but was changed because of tourism”

Participants need to be at minimum in good shape, able to go for walks and be comfortable with being mobile. They don’t need to be marathon runners or have achieved high physical fitness goals, but “we’re constantly moving at a nice pace, so you need to be in decent shape,” said Smith. A few weeks before the trip, Legends of the Wild sends a fitness plan to participants to encourage them to build up their walking stamina – preferably in the hiking boots they’ll be wearing on the trip.

There are certain challenges in creating trips like this, especially in order to make them as off the beaten path as Smith seeks to do. The first main challenge is creating relationships with scientists in the area. Because the goal is to help with research as much as adventuring, Smith needs to get to know these researchers and their needs before he can plan the trips. Another challenge is to work with someone who is an expert in logistics and trip planning. For planning the logistics, Smith works with Rick Morales, the founder of Jungle Treks, another trekking company in Panama that runs similar trips.

Another challenge is working around the limitation of the researchers. Legends of the Wild doesn’t run commercial, around-the-clock trips simply because the researchers aren’t traveling that much. They also need to have six interested people to run the trip. “It wouldn’t make sense economically to do this with just 4 people,” said Smith. In order to be a part of the journeys, interested adventurers would contact Smith and coordinate their travel schedules with the researchers.

“Our trips are edgy in the sense that you’re going into the most remote jungle area and you’re in the hands of the best,” said Smith. 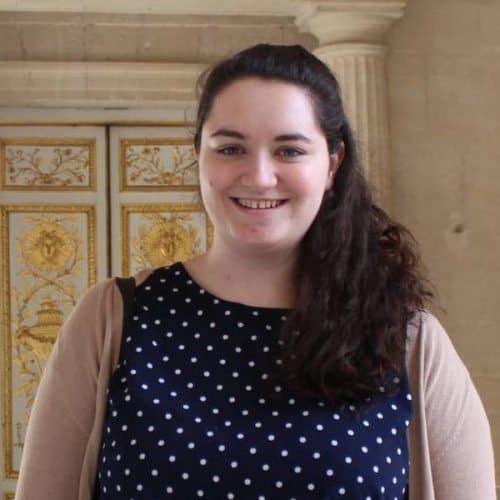 Eleanor Harte is a writer and adventure seeker. She can’t wait to travel to Italy, China, South America, and the West Coast of the US. She studied abroad in Paris and loves traveling on a budget. She lives in Boston.