Yukon: A Slice of Active Living

Canada is a vast country with outstanding landscapes. However, few travelers to Canada cast a glance beyond the favored ‘go to’ provinces of British Columbia, Alberta or Ontario.
However, Canada’s three Territories – Yukon, Northern Territory, and Nunavut offer a travel experience like no other and are slowly gaining more attention, not only from travelers abroad but for locals alike.

Yes, they are more isolated and costly to visit but with a bit of pre-planning can be affordable, meaning you won’t have to mortgage the home or sell your grandmother to get there. The territories really offer a once in a lifetime experience and the cost is priceless and quickly forgotten, once you venture into this unique setting.

I did just this last winter. I ventured into the heart of the Yukon Territory for 10 days in the dead of winter. It was something most of my Canadian friends could not really comprehend. It was cold enough across the provinces with temperatures falling lower every day as we neared the holiday season, so why the heck would I be enticed in roaming around the arctic like conditions of the North!!

Canadian snow birds prefer to fly south for the winter to evade such conditions.

I guess for me, having come from the Southern Hemisphere, where we generally only experience two seasons with much milder winter temperatures, by comparison, it would be a truly novel experience. In truth, I love nothing more than passing away the summer months, basking in the sun enjoying the beach. My idea of cold is when the mercury level falls around 50 degrees. Perhaps it was a test to see how far I could push my coping mechanisms or simply to prove to my Canadian compadres that this Southerner really could survive a week-long trip up North.

Either way, there was something alluring about winding up North in the frigid cold, surrounded by endless snow and sub-zero temperatures.

The Yukon is situated north of British Columbia and East of the US State of Alaska.

I flew with Air North, one of the few airlines operating into these territories and landed into the capital of the Yukon – Whitehorse. Whitehorse, a small Klondike town, is situated off the Alaska Highway and is one of the largest towns in the Yukon. Incorporated in the 1950s, it was a key stop off point by fortune seeking prospectors heading north to Dawson and was integral during the Klondike gold rush.

Flying in is an experience itself; the plane descends through vast mountains and forests along the Yukon River, before landing on a snow covered plateau high above the town. The icy wind billows outside and the low fog makes the arrival a little ominous but simply breathtaking.

I don’t think I will quite forget that landing and the moment the plane suddenly dropped through the thick fog before sliding on the snow covered runway and coming to a quick stop. A glance across the cabin and the reassuring sighs, tells me I wasn’t the only passenger sitting with a lump in my throat and pulsating heartbeat, as we came in for the precarious landing.

The temperatures drop well below zero, reaching as low as -40 degrees Celsius. Most of the territory is frozen over; hence Yukon being called “The Great White North”. In summer, Yukon is known as the “Land of the Eternal Sun”, receiving 24 hours of daylight. However, in winter, there is around 4-6 hours of daylight, giving you limited time to explore. 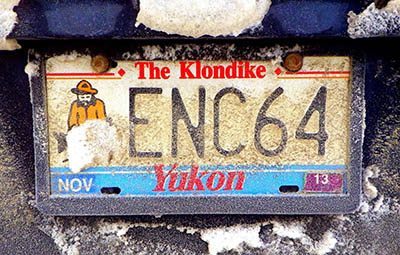 It’s a charming town with many buildings retaining the colorful wooden facades and style from the bygone gold-mining era. Today there are many small eateries, cafes and historical hotels which line the main streets along 2nd and 4th Avenue.

Relics of the Klondike era are scattered around town and the historic SS Klondike sternwheeler ship stands alongside the frozen Yukon River.

The plateau above town offers outstanding views over the small grid like town bathed in white.

From this vantage point, you begin to understand how remote Whitehorse is. Along my travels, I am constantly intrigued by the locations and settings people choose to call home and what it is that they find so alluring about these far flung abodes.

Each morning, I would bypass a nearby school – Ecole Whitehorse Elementary where a frenzy of kids dressed from head to toe in thick winter wear were running around a sports field covered under snow.

It was around 9 am and the only source of light came from the stadium like spotlights. I watched with curiosity before stopping a teacher to ask what they were doing. She informed me, that the kids take part in what is called “active living” each morning. It is a chance for them to get some morning exercise and warm up their bodies in the frigid temperatures before retreating indoors to begin class for the day.

As a scholar, I recall hating the thought of getting out of bed in 10-degree weather, so having to run around in -35-degree temperatures sounded quite ludicrous. I guess life in these parts means adapting to the environment you find yourself calling home.

The temperatures were the coldest I had ever experienced with the icy wind penetrating the multiple layers I had on. My hands froze instantly each time I took my gloves off to snap a quick photo. At one point my right hand succumbed to the cold. A testament to the many photos I had taken.

I quickly sought cover indoors and found a hot water tap to run my hands under to restore blood flow. I subsequently got frost freeze and lost feeling in the tips of two fingers for a few days. There is no time to mess around and it’s essential to come prepared for the most extreme of weather.

Despite the cold, I found a balance between exploring outdoors and recuperating indoors with a much-needed bowl of soup and a few cups of the favored, locally brewed – Bean North Coffee.

The town has a few local galleries, museums and sights to keep you busy. Outdoor enthusiasts wanting to experience the very essence of the Yukon should pick up a rental car and venture further out to partake in some of the very best winter activities for which the Yukon is renowned for.

Drive the North Klondike highway and visit the Yukon Wildlife Preserve’s outstanding natural enclosures. A chance to spot the elusive moose, herds of bison, elk & caribou and the arctic fox. After a chilling walk through the compound, stop for coffee at the Bean North fair-trade coffee roaster and then try your hand at Ice Climbing at a local tour operator, as you don your crampons, ice axe and harness traversing ice stacks or Zip-line over frozen terrain and lakes. An unforgettable experience that will leave you feeling like a true mountaineer and pioneer for the day.

If you’re still left wanting more, head out to MukTuk Kennels for a unique dog sledding experience over the alpine terrain and let the entrancing echoes of the sled dogs mesmerize you as you’re whisked through the enchanting scenery. The Yukon also offers

fantastic back-country skiing and snowshoeing through the endless forests dusted in white. You take a moment to appreciate the absolute stillness of the setting until silence is broken by the piercing shriek of a raven passing overhead.

If time permits, drive the famed White Pass Route from Whitehorse to Skagway, Alaska on the South Klondike Highway through the winding mountain passes. The journey takes around 3 hrs depending on the weather and road conditions.

Along the way stop off at Carcross, another Klondike era town, Carcross Desert – the world’s smallest dune desert and multiple frozen lakes before crossing Canada – USA immigration and winding down into the port town of Skagway. Although the cruise ships and hordes of tourists are long gone, this charming town is still worth a visit in winter.

I hear the summer months in Yukon are equally, if not more breath-taking and offer the perfect setting for nature, outdoor lovers and road trippers traversing the Alaska Highway but for me, Yukon in winter will remain one of the coolest (no pun intended) and memorable journeys I have yet to encounter.

Whitehorse and the Yukon offer a uniquely different experience for the avid adventure traveler wanting to get off the beaten track and experience more than the usual tourist ‘go to’ hot spots and city destinations.

Here is a quick List to get you on your way: 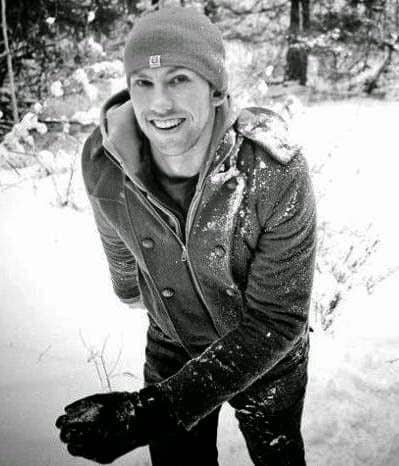 Terence Eder, a television producer, calls himself as a citizen of the world having lived in four Countries and traveled to 39 to date. While ‘home’ is where ever his suitcase lands, he is constantly on the lookout for his next far flung adventure abroad. He lives in Austria and his native South Africa.