Taking Back Roads in Delaware 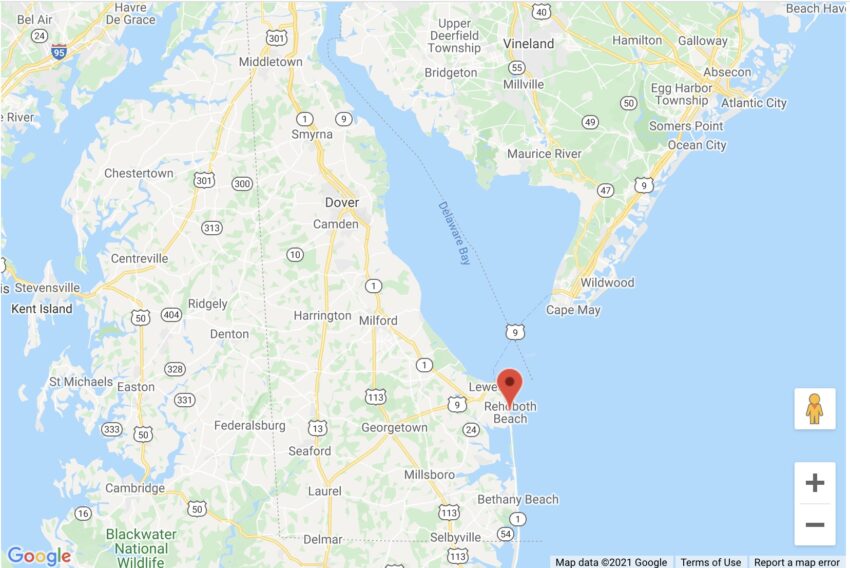 If you’ve crossed Delaware off your bucket list of the 50 states just because you’ve traveled the 20 some-odd miles of I-95 that pass by Wilmington, you’ve done yourself a great disservice.

Sure, you’ll have a picture postcard snapshot of the tidy skyline of downtown Wilmington, but you’ll have missed the intrinsic history and natural beauty of our often overlooked gem. Here are some ideas on how to explore Delaware’s “roots.”

You won’t get Delaware until you understand the du Pont story, which happens to begin right off Route 52 on the banks of the Brandywine River at Hagley Museum.

E. I du Pont, a French immigrant, founded black powder mills here, seeding the legacy which forever binds Delaware and the du Ponts. While the setting seems idyllic now, your experience at Hagley will reveal a vivid picture of the gritty, perilous life of a 19th-century munitions factory.

As you travel north on Route 52, there is a sense of the prosperity that the once mightier du Pont company brought to generations of Delawareans.

The legions of runners and bikers along Route 52 are far more likely to draw their wages from healthcare or credit card banking today, but that gentile affluence remains an integral part of life in northern New Castle County.

And, send your regards to our former Vice President and current president as you pass by; Mr. Biden lives not too far away in Centerville.

Should you spot a barrel by a mailbox with a small flag flying on the left-hand side of the road as you progress north, you’ll be lucky enough to have found Twin Lakes Brewery, even little known to many residents.

Set on a 200-year-old farm, the brew-masters have created a charming little reception room for tours and tasting. Be sure to see the giant unfurled American flag painted on the barn roof. Get a “growler” to go.

If you are hungry by now, take a quick right on to Kirk Road to momentarily arrive in Montchanin. Stand in the parking lot of Krazy Kat’s restaurant and do a 360 and you’ll be able to pretty much take in the whole of this tiny village.

You’ll see the delightfully restored homes of, you guessed it, 19th-century mill workers at the du Pont black powder mills a few miles away. Today, there’s also a funky, feline restaurant, an inn, and spa, but that’s about it.

No place else will you begin to grasp the enormous wealth and power of the du Pont family than at Winterthur. Back on Route 52, it’s just a little over a mile north of Kirk Road.

While E.I du Pont bought the land which now features the magnificent home and gardens, it was E. I.’s daughter who first lived on the property beginning in 1839.

Winterthur presents an astounding collection of fine arts, special exhibits, and horticulture as well as a mesmerizing view into this amazing family story.

Just before the Pennsylvania state line, you’ll find Centreville, offering hospitality to the weary traveler for centuries. Today’s favored loitering spot is Buckley’s Tavern where it is not hard to imagine you’re watering your horse and buggy out front, that is, except for the parking lot full of Mercedes.

Next, plot yourself in Old New Castle on the map and step into living history. The streets of Old New Castle rival Williamsburg in charm, but they’re real and so precious that the district was awarded National Historic Park status in 2013.

The three counties of Delaware were all part of the William Penn land grant from England in 1680, however, New Castle was already claimed by the Dutch in 1651. English and Swedish also vied for control, but when Penn laid foot to the ground in 1682, he set about claiming boundaries and establishing borders, including the ill-fated crescent which comprises the northern border of Delaware with Pennsylvania. Today’s Hagley belies its gritty history.

The arc was drawn from a point atop the New Castle Courthouse, but someone must have flunked geometry because the semi-circle failed to match at the proper western point and thus, we now have the area of Delaware called The Wedge.

Orient yourself south and begin the meander down Route 9 toward Lower Delaware. Here the bustle of the north gives way to marshes and farmland, endearingly called Slower Delaware.

Route 9 parallels the Delaware River past neighborhoods and soccer fields to arrive in the midst of an oil refinery. This too is the heritage of industry and commerce that the Delaware River has brought to our region and why the port of New Castle was so important centuries ago. In Delaware, we are just grateful that the prevailing winds take the refinery fumes to the East.

Don’t blink or you’ll pass Delaware City, and you don’t want to miss the ferry to Fort Delaware. It takes little imagination to sense the spirits of civil war soldiers as you explore the cavernous, dank interior of the antique Alcatraz of the East.

Passing over the C&D Canal on Route 1 provides for a pretty view, but pondering this engineering feat nearly 200 years old is well worth the pause.

The 14-mile dredged canal connects the Chesapeake and Delaware bays, where private watercraft ride the wakes of giant barges, while bicyclists and joggers pepper the shores along a newly created greenway path.

Further south in Kent County, you’ll arrive at Bombay Hook National Wildlife Refuge, a place of pristine nature and serenity. Here there are far more birds than binoculars and the eagles are making a resounding comeback.

Route 1 begins far in the northernmost county of Delaware, but it delivers the throngs of weekenders most expeditiously to Sussex County where the character of the state takes on yet another personality.

Although Rehoboth Beach can’t claim to have the only iconic, beachy boardwalk on the Atlantic Coast, it scores on all the elements of the quintessential summer holiday postcard: colorful beaches, bustling shop-lined streets, arcades, saltwater taffy, and ever-watchful meter-readers.

Stop in Rehoboth if you want to do things; venture further south on Route 1 if you want to do nothing. The Delaware Seashore Park spans the isthmus between the Rehoboth Bay and the Atlantic Ocean, sometimes wind whipped in a spray of sand pellets, but always full of natural beauty and ready for a picnic.

By the numbers, Delaware lays claim to being the First State and second smallest.

If you are looking for thirds, end your visit to Delaware by taking the Lewes-Cape May ferry to New Jersey, the third state, but stock up on goodies before you go, because Delaware is one of only five states that is sales tax-free!

Lori Veale is a Delaware resident and recently retired at age 50 from many years of banking.