Travel to the Arctic Circle 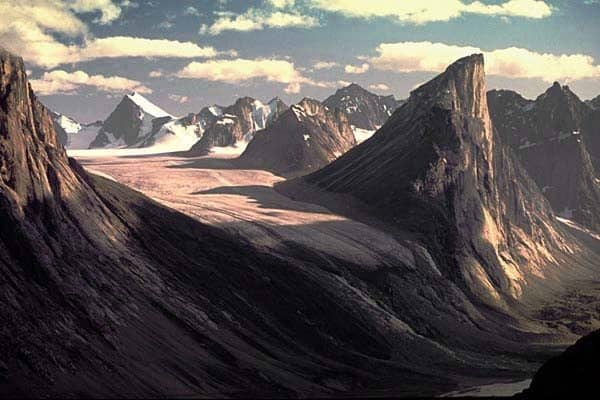 Baffin Island in the Arctic, Nunavut, Canada is the fifth largest island in the world. It was named after seventeenth century English navigator William Baffin. The entire island is littered with Vikings remains from the Pre Columbian era.

Scholars have concluded that Nunavut is Helluland, the island referenced in the Saga of Erik the Red. Some of the Baffin Mountains’ names are indication enough of the Nordic influence. There is Thor’s Peak, Mount Odin and Mount Asgard. All of which are available for rock climbing. An other similarity that Baffin Island shares with Scandinavia is a lovely view of the Northern Lights!

The Great Canadian Travel Company Tour starts in Pond Inlet for two days. This region was initially settled by the Dorsetand Thule people. Evidence of such is revealed in recent archaeological digs with findings of Dorset face masks with Caucasian features (signs of interactions with Europeans).

Also an other aptly named mountain of the Baffin Mountains is Mount Thule.

The Dorset was a Paleo-Eskimo culture preceding the Inuit. Their name comes from Cape Dorset where evidence of their existence was first discovered.

The Thule people showed up in the area right between the Dorset and Inuit. Their name is also derived from where their artifacts were initially found in Thule, Greenland. It has since been renamed to Qaanaaq.

Several Inuit traditions are well ingrained in the culture today. Dog sledding with qamutiq is still quite popular. A qamutiq is a wooden sled carefully designed to go over different kinds of ice. Women are frequently seen with amautiqs. These are hooded knit works made to carry infants on their backs. Not to mention the town has many traditional native artwork and wood carvings in various local shops.

Pond Inlet has many nature-based things to enjoy, as well. For example, the tour of the floe (sea ice) edge gives the options of kayaking and hiking during the summer. However locals like to head into the woods and camp out at family-inherited sites. Also featured is Sirmilik Park which means “place of glaciers” is, as the name implies, a glacier park with many fjords.

Place of Many Fish

The next stop on this excursion is Iqaluit or “place of many fish” is a frontier town that is the capital of Nunavut (which means “our land” in the Inuktitut language).

It was founded in 1942 as an American air base and the first permanent inhabitant was an Inuk guide to the Air Force to help choose a large flat piece of land for a landing strip.A distinctive building of Iqaluit is St. Jude’s Anglican Cathedral which was a white building shaped like an igloo.

Originally built by the parishioners under the guidance of Markoosie Peter (a traditional master carpenter) the altar was shaped like a traditional Inuit sled and the cross composed of two crossed narwhal tusks.

This was a beautiful homage paid to the Inuit way of life and celebration of the unique species that Call Baffin Island home. Unfortunately, it was burned down in 2005 but gradual reconstruction has been in the works ever since nearing very close to re-opening.

Iqaluit is also home to many filmmakers, musician and artists.

The town is used for authentic locations for filming. A product of the artistic community is an annual week long Aliantait Music and Arts Festival held every summer solstice. In addition to the music festival, every spring volunteers hold the Toonik Tyme festival. This celebrates traditional Inuit activities.

There are also ancient Thule sites among this area. Qaummaarviit Territorial Historic Park features Inuit artifacts. An other place to explore is the Nunatta Sunakkutaangit Museum as well as the Soper Heritage River Park. This park is home to summer camp sites, hills and glaciers and a lovely view of Greenland across the Davis Strait. Restaurants of this town serve “country food” like arctic char (a fish), Greenland shrimp and steak from muskox and caribou.

The final stop is Qikiqtarjuaq (“Big Island”). If you are feeling really adventurous have a look at Qikiqtarjuaqruluk.; an abandoned settlement the town is in the process of building a road leading to this place for easier access.

There is also an abandoned whaling station called Kivitoo.There are many trails to view rare bird nesting sites and sport fishing for char is quite a tourist thing to do. An other fun activity to try here is dog sledding.

This island is a great place to check out the Bay tours and see polar bears, a variety of whales, eels, walruses and of course ice bergs. Baffin Island after all is known as the “Iceberg Capital of the North.”

The whale watching in Qikiqtarjuaq is quite impressive on its own. There are several types of whales that frequent the arctic including Right whales, Sperm whales, Belugas, Orcas, Blue whales, Bowhead and Narwhals.

Right whales get their names from being the right whales for whalers to catch. Sperm whales have the largest brain of any other animal.

Belugas become white upon adulthood as the word “beluga” means “white one” in Russian. Orcas (which are really just dolphins in tuxedos) are called “the wolves of the sea” because of their hunting and killing methods. Blue whales are the largest creatures on earth,
ever in existence. They travel to Davis Strait during the summer to feed. Bowheads are found only in the Arctic and Narwhals are known for their large, spiral horns growing out of their jaws.

Auyuittuq Park, also in Qikiqtarjuaq, is home to the Penny Ice Cap, Mount Thor and Mount Asgard. This Park is a popular destination for rock climber enthusiasts.

The Baffin Explorer tour is offered by the Great Canadian Travel Company with an eight-day itinerary, accommodations and plane tickets between Ottawa, Pond Inlet, Iqaluit and Qikiqtarjuaq are included. Guests fly out of the Ottawa airport to the first stop which is Pond Inlet.

The tours are offered year round and fly out of Ottawa Wednesdays and Fridays. Air line tickets to and from Ottawa and your departure/arrival city and meals are separate from the price of the tour. 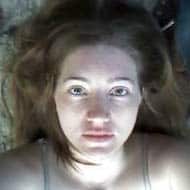 iamwiccanhearmeroar.wordpress.com
If this story has inspired you to travel, why not check out the prices to get there and make it happen? Search airfares, hotels, and rental cars here. Thanks!