Lake Charles festivities include neither flashers nor drunks

It may be called Mardi Gras (Fat Tuesday), Carnevale or Carnival, but it represents the merriment that overflows the weeks before the somber 40 days of sacrifice and prayer of the Lenten season. So it was reassuring to discover Lake Charles, Louisiana, a city where families can enjoy the festive celebration with music, food, spangled costumes, parades and more.

Would I ever take my kids to Mardi Gras in New Orleans? No way! Not with women flashing boobs at every turn, and drunken revelers stumbling along the streets. But the time before Lent is important and celebrated throughout the Christian world.

When I flew into Lake Charles, I expected a glam-down, more conservative version of Mardi Gras. But was I wrong! The colors of Mardi Gras, green, purple and yellow, bloomed in the airport, on the streets and in shop windows. My hotel, Isle of Capri Casino and Hotel, was embellished with green, purple and yellow bangles, beads and neon lights from floor to ceiling, and Dixieland jazz blasted throughout the lobby. Laissez les bon temps rouler!

Soon I was off in a party bus with snacks, drinks, music and a group of people looking for a good time.

I wanted to experience Mardi Gras as fully as I could. A Zydeco dance lesson with Harold Guillory at the Central School Theater was arranged. He was a patient teacher and soon the class was twirling, swinging their hips and following the specified foot patterns. Guillory explained that Zydeco is a music style that combines Cajun melodies with African rhythms. He also emphasized, “Louisiana equals music, food and fun.”

Parades take place for several days before the end of Mardi Gras. Private organizations, or Krewes, arrange their individual parade that marches through town. It was a thrill to be included in the Children’s Parade.
Children who are members of groups get to ride on that group’s float.

Our float was decorated with an enormous, but amiable, alligator. As we drove pass crowds of people yelling, “Throw me something, mister,” we hurled strands of shiny beads at them. Other floats threw candy, moon pies and trinkets. Kids ran to catch or swoop up the goodies.

The most spectacular procession occurs on the day of Mardi Gras when about 100 floats roll down Ryan Street during the Krewe of Krewes’ Parade. All the participants from the night before at the Royal Gala ride on their group’s themed and decorated floats, and show off their regalia to the public.

The Royal Gala takes place in the comfort of the Lake Charles Civic Center. Spectators pay a fee to enter with food and drink and reserve a long table to party and view the different Krewes as they sashay down a runway and show off their flashy costumes before the public and a bevy of Mardi Gras queens. It’s the only such event in the state.

New Orleans’ cuisine is found all over southern Louisiana. See for yourself at Lake Charles Civic Center where you’ll discover the World Famous Cajun Extravaganza and Gumbo Cook-Off. Sample from pot to pot to taste the different versions of the spicy, chunky stew. You may have a tough time deciding on your favorite.

Steamboat Bill’s on the Lake offers traditional Cajun cooking: all-you-can-eat boiled crayfish, boudin balls, shrimp etoufee and sausage and chicken gumbo. If you’re up to it, try the fried Gator Bites. Locals fill the rustic café from mid-morning to late night, but you can always find a seat. Seafood Bill’s was voted the number one restaurant in southeast Lousiana.

Raves about boudin balls had reached my ears before I had reached Louisiana – tasty fried morsels consisting of pork, onions, rice, pork livers, bell peppers and Cajun seasonings. This dish, like so many Southern dishes, was created to stretch a little bit of meat to feed a lot of mouths.

Nevertheless, the much-beloved concoction has stirred up the Boudin Wars. So my boudin investigation led me to B&O’s Kitchen and Grocery (one of the Boudin War victors) where shoppers come from far and wide to purchase boudin and other meat products.

Watching the Boudin Being Made

I was invited into the inner sanctum (the kitchen) to watch boudin sausage being made. The sausage is made by filling pig’s intestines with boudin mixture; boudin balls are simply the mixture rolled into balls, coated and deep-fried.

I had another behind-the-scenes cooking lesson when I found myself at Delicious Doughnuts. My mission was to decorate my own King Cake. This doughy treat represents Epiphany or the Three Kings.

It’s smothered with icing, and decorated with carnival colors, masks, beads and other festive items. After you’re satisfied with your creation, Delicious Doughnuts will have it shipped to your home.

Along with families, I enjoyed this more wholesome event in southeastern Louisiana. It had all the bells and whistles without the raunchiness, and, with Lake Charles’ French heritage, they really knew how to “laissez les bon temps rouler!” 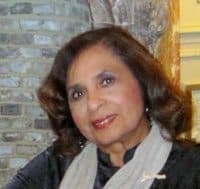 Eleanor Hendricks McDaniel lives in Phildelphia. She writes a travel blog, Fly by Night Traveler and has been an active travel writer for the past 15 years.