A Lucky Ceremony in Laos

Getting Lucky in Vientiane: A secret Buddhist ceremony explained

People thought I was a lunatic for coming all the way to Laos, a landlocked nation without any beaches, for a “vacation”? Even I thought I was out of my mind.

After a couple of days lying on the wavy grass in the hazy egg-yolk-shaped sun of Vientiane, a Southeast Asian Wild West boomtown, though, I was bronzed as a Buddha and ready to haggle in the marketplace for a Siddhartha statue.

The real reason I’d come here instead of the idyllic beaches of Thailand, such as Krabi and Ko Samet, was classified information. But boy was I tan! My burnt reflection in the mirror, combined with a Spaghetti Western squint, lent me the ephemeral aura of a wise benign local.

Actually I was really in Laos to add another country to my laundry list of world conquests. (We all collect places to write about, even if it is only on postcards.) I suppose I was also here for a little R and R. Occasionally I escaped into the pointillist shade of the sedate bars along the muddy Mekong or coughed up some kip (the Laotian currency) for a Beer Lao or a spicy laap (minced meat salad) at the Mixai Eat-Drink Restaurant.

The idyll was added to by water buffalo along the banks, the droning of outrageously monotone frogs, and the conversations of devil-may-care travelers, expats, and embassy personnel. Here, as I whacked maybe-malarial mosquitoes and listened to destitute backpackers brag about their travels, I found the fading grandeur of the old Indochina. I felt like an old colonialist empire-builder in my tan Banana Republic khakis and sturdy Rockport moonshoes, chucked into a charmed land of rice and men.

I had spent a month on an adventurous white-knuckles tour of Vietnam, doing the entire snake-shaped country from Saigon to Hanoi, and was sort of tripping out on my antimalarial Lariam. (I stopped taking it.)

As Lariam scrambled my thoughts, paranoia replaced placidity, and occasionally, as an American visiting a former enemy, images of The Deer Hunter came to mind, especially when my long-distance buses stopped on thin landing strips in the middle of rice paddies, so all the smokers could get a respite.

I also imagined the populace were trying to kidnap me and install me as their king. Lariam had also affected my ability to read: I tried Pico Iyer’s Video Night in Kathmandu, and all the colorful adjectives seemed to be leaping off the page like colliding Rorschach images in a kaleidoscope. I needed someplace quiet to relax and regain my equilibrium.

The Buddhist nation of Laos, Lan Xiang (Land of a million Elephants), which didn’t seem to have any elephants (nor malaria–yet), proved to be a good prescription for paradise–a sort-of Shangri-la landlocked in the sun.

Of course, it had its problems. Much of the country’s highways were plagued by bandits and rebels, which made traveling overland off the beaten track, in a land with few paved roads and many unexploded bombs, a little problematic. But it was oh so quiet. So I decided to stay in the capital and treat it as a Buddhist retreat.

History or the Diet?

Perhaps because of an austere rice diet, perhaps because of history, the Buddha was slimmer here than in some countries. Laos has had its lean years and is one of the least explored countries in Southeast Asia–partly because, with its long history as pawn to foreign powers, its communist rulers wanted to keep it that way.

During the Vietnam-war-era, CIA-sponsored “Secret War,” more American bombs were dropped on Laos than in all of World War II, yet Laos, one of the most peaceful Buddhist nations on earth, is not one to hold a grudge. As a sign of the times, according to my Lonely Planet guidebook, at least, the ubiquitous loudspeakers everywhere once issuing patriotic communist rhetoric now spew out “commercial advertisements for laundry powder.”

Tourism was relatively new to the country. It was great not being assaulted by maniacal hawkers selling postcards, cold drinks, and sarongs. It was great also seeing the Kho San Road crowd, with their tattoos, tongue piercings, and dreadlocks looking slightly miffed not knowing where to get magic mushrooms for their omelettes. “Which way to the Golden Triangle?”

These are the credit-card ascetics, Westerners in Eastern garb who can be found making cash advances throughout Southeast Asia. All of them have American Express cards tucked away somewhere: “

Don’t give up all your worldly possessions without it!” But I instead talked to local Laotians, who kept telling me with third-world politesse, “It is good you are taking much pictures of our country” and “I think you are very smart, American man” and other such slightly off-kilter pleasantries. By getting it wrong they were somehow getting it right, unlike some of my fellow American travelers: “Dammit, where are the shops!”

Everywhere I went I saw images of the Buddha, especially at Wat Si Saket, which houses over 2,000 Siddhartha statues. I wanted one as a souvenir. It is actually illegal to export Buddha statues out of Laos, but I figured if I hid one somewhere in my backpack maybe I could smuggle one out. In the market I had blundered into one day like a magnet for trouble, there were shelves upon shelves of the normally rotund deities with beatific smiles you see on sale throughout Southeast Asia.

But what I was looking for (specifically) was a slimmer Siddhartha statuette (surely a more accurate depiction of neo-protestant moderation ) in what’s called the “Calling for Rain” posture, with his hands down at his sides and fingers pointing to the ground… which was unique to Laos. I finally bought a thumb-sized Buddha that fit the bill.

For those with an Eastern bent, stupendous stupa-studded Laos is the perfect place to brush up on your Buddhism. Most Laos practice Theravada Buddhism (the Middle Path), introduced by Siddhartha Gautama in the 6th century, which avoids extremes of austerity and sensuality, and has three basic tenets: dukkha (suffering), anicca (the transience of all things), and anatta (the nonessentiality of reality). Of course, the ultimate goal is to achieve nirvana, the extinction of all suffering caused by desire.

Arriving at Pha That Luang (Great Sacred Stupa) in Vientiane, the most important religious complex in the country, which resembles a dream by Walt Disney or Gaudi on LSD, I smiled at some saffron-robed monks and entered. The monks waied me; I hied them, mangling my hands together in a “Here’s the church, here’s the steeple” configuration.

Many of the wats feature two uniquely Laotian types of standing Buddhist statues: the aforementioned “Calling for Rain” posture, and the “Contemplating the Boddhi Tree” posture, with his hands crossed at the wrists in front of the body. Lined up along the walls of wats, the Laotian Buddhas resembled those shapely Venetians from Italian sci-fi flicks.

Back at the Syri Guesthouse, in the Quartier Chaoanou, I noticed everyone in the common room, sitting around on their ankles with Coca-Colas in front of them, right outside the door to my bedroom. No way could I get through to my napster without first joining in.

So here was some sort of Buddhist ceremony I’d lucked into.

I was waved over by the manager. A nice cold can of fizzy caramelized sugar water, most sacred of sodas, was placed in front of me. Incense burned, its smoke curling like ticker-tape, perhaps celebrating my unexpected arrival into a strange new world. I crouched back uncomfortably on my ankles, when I naturally sit Indian-style.

The monk flitted about the room, marking places with charcoal, his guttural chanting sounding a little like an Orientalist didgeridoo. “Ommmmmmm!”

When the ceremony was over, I asked the manager what was it all about.

“It is a Lucky Ceremony!” she said. Her sly smile and arched eyebrow signified she was sort of on the make, if not for my wallet, then for something close by. We Westerners often mistake genuine friendliness for ulterior motives.

Oh?” I was intrigued. As a Coppertone capitalist peering over the precipice, who also had trouble fathoming Laotian customs, I expected the ceremony to contain something elusive, ancient, and sage, something which plumbed the depths of the soul and shined a light on the human condition.

Something, well, mysterious and arcane, at least. Instead I received an honest explanation: “Yes, a Lucky Ceremony,” she enthused. “So more tourists will come here, and we make more money!”

I suppose even the royal Buddha had to make a buck occasionally?

According to historian William M. Leary, it was here in Laos where the CIA (Central Intelligence Agency) conducted their largest paramilitary operations in history. To fight the neighboring Vietnamese, the CIA created a secret army composed mainly of indigenous Laotians like the Hmong hill tribe.

But where would they get money for weapons and supplies? Laos, along with Thailand and Myanmar, is part of “The Golden Triangle,” one of the largest opium production centers in the world. So, the Agency sold what was plentifully available: opium—turning it into a global drug trafficker.

To transport the opium and assist in other clandestine activities, the CIA bought an airline, later renamed Air America (which became the subject of a 1990 film starring Mel Gibson and Robert Downey, Jr.). It was a classic case of “the end justifies the means,” especially in the murky world of espionage. Ever the good spy agency, the CIA has denied everything. But the most tragic part of it all was that after the Vietnam War, the Hmongs and other tribes were left to fend for themselves. 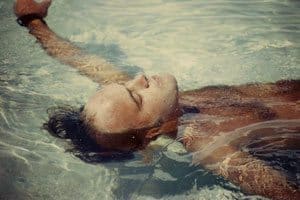 John M. Edwards has traveled five continents so far. His work has appeared in Salon.com, Escape, Grand Tour, Islands, and North American Review. He has been awarded a NATJA Award, a TANEC Award, a Bradt Independent on Sunday Award, and three Solas Awards (sponsored by Travelers’ Tales). He is editor-in-chief of the upcoming annual Rotten Vacation.