A Lesson in Losing Your Luggage

What Happens When You Lose Your Luggage

It was on the train to Pamplona when I realized I had a choice. Granted I was still buzzed from the previous night in Barcelona and probably pontificating a bit, but this proved productive nonetheless.

I could dwell on the fact that I was probably not going to see my luggage again for the duration of my vacation…possibly never, for that matter, and let it ruin my trip.

Or I could embrace the liberation that carrying only an oversized gym bag for two weeks could bring.

It all went down in Barcelona, three days earlier. I was meeting my friends at the hotel just a couple blocks off Las Ramblas. Six of us in total traveling from four different states.

It was our third trip together and I couldn’t wait to see them. We were starting in Barcelona with two other Spain stops, then off to Paris for two days.

Running of the Bulls

I had wanted to go to Spain for quite some time. Studying Latin America Spanish in college, we were only minimally exposed to the European side of the language, so for several of us this wasn’t only a vacation, but an educational exploration as well.

Ah, who am I kidding….we wanted to knock the Running of the Bulls off of the travel list and this was the year to do it.

With a layover in London, I wasn’t even concerned about my luggage not making it to Spain. Having traveled internationally quite a bit, including numerous layovers, I confidently over-packed my large suitcase with several options of attire and more shoes than days I would be gone.

The flight into London, however, was late, and as I ran from terminal to terminal, begging the guard to let me cut in line for security, a horrible thought ran through my mind….if I am running to catch this plane, how is my luggage, who can’t think or run for itself and probably has no idea of the consequences of being separated from me going to get on the plane to Spain?

The project manager in me kicked in. An expert in risk mitigation: I’ll ask the flight attendant if they can confirm that it made it on the flight. If they can’t, I’ll ask them to confirm it will be on the next flight. I’ll confirm that the next flight will be later that evening. All this put me at ease and I dozed off for a little siesta before the descent into Barcelona.

I moved quickly to the baggage claim, knowing that my well-supplied bag had been traumatized by the mad rush to make the plane and that it needed to be comforted.

The area was full of summer travelers, hot, hungry, weary from the day, and ready for their bag to be there smiling at them, ready to officially start the vacation.

I waited…..and my bag did not show. I knew there was a possibility that it may not have made it but had already checked the arrivals and the next flight from Heathrow was in an hour.

My friends would just be getting in then, so I’d wait for the next flight and then go to the hotel. No time with my travel crew would be lost.

I noticed several others that had been in the baggage claim for some time now and a long line of people had begun standing in another line with airline staff handing out pieces of paper with claim numbers on them.

I remained calm, but secretly dreaded this line and swore I would not need to get into it. But alas, third flight from Heathrow…I waited…and my bag did not show.

This was fine, a minor setback. Wow, wouldn’t this make a great story when I met my friends? I retrieved my claim ticket and confidently proceeded to find a cab, knowing I would awake in the morning to my bag being delivered to my hotel room.

It was the last night in Barcelona that I started to embrace, “no tengo la maletta” which in Spanish means, ‘I am screwed and won’t see my luggage for the next two weeks, so deal with it.’

I had just hung up with the airline representative for the 22nd time, sobbing, turned to my friend, and said, “he said I was lucky they even knew where my bag was, sitting in Heathrow airport waiting for its turn to voyage to Barcelona.”

I will admit, I had a total meltdown. I wanted my cozy pj’s and my mom at that point. I was in no mood for anything fun related to the World Cup, wine, Spain, or otherwise.

Looking back, my friends, thank God for them, were directly instrumental in the decision I made later on the train to Pamplona. “Just finish your drink, JJ”, they said, “then we’ll get you a cab back to the hotel.”

Well, next thing I knew it was 3 AM, and my drink was still full! Every time I thought I had one sip left, I’d look and it’d be full. Can’t waste that Spanish wine, can we? What suitcase? World Cup, woohoo!

It was a most memorable night. We sat on the patio of the bar, enamored by the beach and the sea, with a big-screen TV airing the World Cup soccer tournament.

Fans filled the bar in their team colors, waving flags and chanting songs while trash-talking the other teams. We met some locals and I was able to practice my Spanish. It was easy… I just started with, “no tengo la maletta”.

It was summer in Spain and somewhere in the midst of cocktails and laughing and meeting new friends, it didn’t seem to matter that I was running out of clean underwear, that I wasn’t going to show off my new bikini, and that I had no idea what I would wear the next day.

I was in the moment, enjoying Barcelona, enjoying my friends, and enjoying the adventure.

On the train then, the next morning, hazy from the 2 hours of sleep and still buzzing from my endless glass of Spanish wine…that I realized I had a choice.

I was in Spain, with people that I loved, and new adventures ahead of us.

I didn’t need the 3 pairs of jeans, the cotton pj’s, or the navy hoodie that just decided to vacation in London that summer. I had everything I needed right there.

If I needed more clothes, another pair of shoes, or an umbrella, I could just buy one.

And I was traveling with three of my favorite girlfriends, who were most generous, shared what they had with me, no questions asked.

Pamplona was the perfect place to embrace this newfound liberation as the entire city was buying San Fermin outfits for the festival. I had much company as I strolled the streets, looking for my white Capri pants and red scarf.

And I fit right in, no one we met ever knew I didn’t have my belongings…of course, until we told them, clinking glasses in a toast, then moved on to the next topic.

Going forward, this experience has completely changed my way of traveling. I don’t check luggage anymore. Yes, seriously, I pack what can fit in a carry on and I go, even if it’s for two weeks.

This is all I need because, in the grand scheme of things, I know the following: A carry-on full of what I chose is better than nothing at all.

I can survive needing to buy anything else I need because I have survived having nothing.

And, most importantly, the true treasures of travel are always with me no matter what, as long as I have my friends, our laughter, our adventures, and our memories, all of this will outlive any pair of jeans, any sneaker, any hairdryer, anytime. 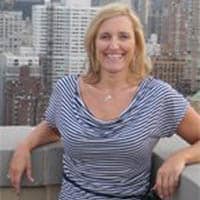