Cuba: Riding Amidst the Mogotes in Vinales Valley

Riding Among the Mogotes in the Vinales Valley, Cuba

It took eighteen years to find something remarkably similar to what I saw in China. Riding through the limestone mogote mountains around Vinales in Cuba, with talk of President Obama lifting the ban on mass American tourism to the island, I again felt like I was enjoying relative solitude in a spectacular landscape ahead of the crowd. And I knew I would never forget my first horse-riding experience.

Feeling Feliz (Happy) to be in Vinales

A crowd of Casa Particulare owners met the bus from Havana at Vinales. There were more casas than tourists, so competition was intense. Not really what I’d expected in communist Cuba, but welcoming and easy, even if a little disconcerting.

I agreed to stay with the first owner who spoke English to me. Jennifer seemed nice, and walked me to a brightly colored bungalow on the edge of town. The house was split in two, with the family and guest(s) living in two halves linked by an adjoining door. My half of the house was $15 per night.

After settling in I sat on the porch greeting family members, pedestrians and neighbors while drinking a bottle or two of Buccaneer beer; gaining a guest seemed to be of interest to the neighbourhood, like landing a big fish, and there was an atmosphere of celebration around the house.

I savored the clean air and blue sky while watching the world pass at a much slower pace than Havana–except for the dogs rushing through the hedges and gardens. The day had turned out well; especially as I hadn’t planned to visit Vinales when I left my hotel in Havana.

After three mostly cloudy January days in Havana I’d been intending to head south, but the train station had closed at midday; it being a Saturday. While that was more in line with the communism I’d expected, it also sent my travel plans into disarray.

I walked from that station in the south of Havana to the Viazul bus station, which turned out to be quite far out on the north-western edge of the city. International visitors were only supposed to travel on the more expensive and better quality Viazul buses, rather than the cheaper Astra ones. After enquiring at the counter I was told there were only seats available on buses to Vinales.

Vinales is on the north-western edge of Cuba, and many visitors miss this UNESCO World Heritage site’s charms because they prefer to head south from Havana. This is especially true in winter, because the south is usually a few degrees warmer than the north.

I was also desperate for sunshine, so I was delighted when waves of grey clouds cleared before we arrived at Vinales’s southern neighbor Pinar Del Rio. The sun lit up the Vinales Valley National Park when we reached the hill housing the Hotel Los Jazmines’s viewing point. I was already in wonderland as we wound down the wooded ridge; while I had to postpone the perfect panoramic picture for another day, we were heading towards the mogoes.

Upon arrival, Jennifer had enthusiastically asked if I wanted meals and excursions. I agreed to an evening meal and breakfast, and to go horse-riding the next day. While all the family were very nice and friendly, Jennifer openly said they were mainly taking in guests to make money, and she didn’t like competing at the bus stop. Jennifer also complained about what they had to pay for guests’ food, saying most of the money went to the state. They had to keep a record of their guests, and what they spent.

She seemed to be hoping for more independence from state restrictions. I had suspended my vegetarianism for the holiday; after being warned of its difficulty in Cuba, struggling in Havana, and knowing I’d be staying at casas. The family seemed to take great pride in providing the $10 three-course evening meal, and it was indeed a great spread.

Rice and bean soup was followed by a main course of fish and vegetables, and there was salad and fruit salad to finish. The breakfast was similarly sumptuous, with the table filled by coffee, fresh guava juice, omelette, two types of bread with honey and jam, and a fruit salad.

Horseback Riding in the Vinales Valley

I slept well despite being woken up by cockerels close by. The morning sunshine sparkled; ideal for my planned outdoor sojourn. A man arrived at 8:30 am, and the family wished me luck after introducing us.

He took me out to the edge of town, where my guide for the day was waiting with two horses. My guide introduced himself as Alberto, and said my horse was called Rico. We headed north towards Mogote Del Valle (of the valley); the mogote closest to Vinales town.

We rode on paths between greenery and ochre farmland. White-egrets shadowed cattle on the ground, while turkey-vultures soared effortlessly on thermals under the sun.

We passed some farmers building a new house. Alberto greeted them, before explaining that it had been a terrible year for the campesinos, after Hurricanes Gustav and Ike decimated the region during the previous August and September. They levelled the maize, as well as many trees and buildings.

Fallen trees blocked our path across a stream at one point, and we had to find a new route by returning past a generator Rico hadn’t liked the first time. A pig also spooked Rico, but the placid horse was generally very solid. Alberto egged him into a canter a couple of times, and riding at pace was exciting.

Extras on the Excursion

When we arrived at the mogote, Alberto introduced me to another guide, who was standing outside a cave. The latter took me down into the cave, which had some impressive stalactites and stalagmites on walls leading down to a pool of water.

The guide didn’t speak English, but motioned that people swam in the pool. So I undressed to my trousers and had a refreshing dip. Looking at the cave ceiling while doing backstroke, I wondered when the first person had swum under the view; before submerging completely.

After leaving the cave-guide with a small tip, we rode west alongside Del Valle towards the other big mogote: Dos Hermanas (Two Sisters). However, we turned back towards Vinales before reaching it, and visited a campesino Alberto knew.

Some Italian travellers were already sitting around a dog sleeping in the shade. The campesino made us some natural mojitos, and a passed me a cigar to smoke. I guessed they weren’t gratis, and wasn’t surprised when I was asked how much I thought what I’d consumed was worth. My $5 bid was accepted.

By the time I returned to Vinales I’d realised that I wasn’t going to feel ingratiated into Cuban society. Eating as well as I was I probably shouldn’t have felt worthy anyway. Jennifer provided a casa contact for my accommodation in colorful-colonial Trinidad, and arranged for them to meet me off the bus. Then I travelled to Cienfuegos, which looks a little like Miami, and finished off at Che-city Santa Clara.

On the last day of my trip, all the Viazul buses to Havana were booked out, leaving the unreliable trains not recommended for international visitors as the only affordable means of reaching Havana and my booked return flight. My Lonely Planet guide-book quoted a traveller advising that in Cuba ’80% of trains are late, and the other 20% are cancelled.’ I arrived early at the station ticket office, which didn’t seem efficient.

A quota of tickets are kept for international visitors, so I got one, but you had to buy a ticket for a certain train, rather than just one to Havana. I waited a few hours before a kindly clerk told me my train had been cancelled, before issuing me a ticket for another one. My anxiety increased.

A train to Havana arrived, but it wasn’t mine. I felt like jumping on anyway. Another anxious hour passed before my big old train did arrive, and I reached Havana late that night. I enjoyed the train ride with a carriage full of Cubans; the windows open to the palm-trees sunset and shanty-town vendors. 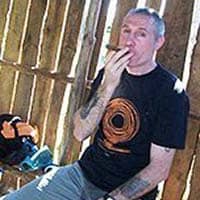 Marc Latham is a frequent traveler from the UK.

Like Cuba? BUY OUR CUBA PLANE READER EBOOK–Dozens of stories for your Kindle, only $2.99!