“There are five different rivers that flow into this area,” said Scott Benston, owner of Surf The Earth surf shop in Pawleys Island, South Carolina.

“For thousands of years, the natives thought this place was sacred, a vortex between land and water.”

We were bumping down an old dirt road deep within the confines of the Hobcaw Barony, my face pressed close against the window of Scott’s white Ford F150.

Vines and Spanish moss hung from gangly oak trees like living Christmas ornaments, and tracts of languid swamp frequently segmented the dense forest. We were in South Carolina, but I felt as if we were driving through the Jurassic Park film set.

Though Velociraptors and T-Rexes are scarce in the Barony, this 17,000-acre conservatory is home to its own variety of beasts.

“We’re coming across a little bridge up here, and sometimes there’s gator lyin’ about. You just hook em’ with your paddle…” We bumped over the rickety wooden bridge and I glanced back at the paddleboards clunking along in tow, secretly wondering how much truth might be found in Scott’s humor.

We were destined for North Island, one of the multitude of South Carolina’s barrier islands, and our mode of transportation would be paddleboards. I had never ridden one of these oversized surfboards, but I was confident in my years of surfing background. They looked stable enough, how hard could it be? In light of Scott’s recent joke I hoped not very.

From Circus Cats to Slave Plantations

As we bounced along, Scott filled me in on the Barony’s rich history.

Thanks to a dedicated conservation effort by the Baruch Foundation, the Hobcaw Barony has remained largely untouched for decades. Abandoned rice fields, salt marshes and astute pine forests all remain frozen in time, affected only by the constant passing of days. The dusty dirt roads that wind through the Barony look and smell just as they did 100 years ago.

Despite the recent preservation effort, human history has left a lasting mark on the reserve.

“There’s a few ancient man-made islands out in the estuary called midden islands,” says Benston. “The natives tossed oyster shells in the same piles for centuries, and now those islands have formed their own separate eco systems.

“There’s a few species of plants and cacti that grow out there that can’t be found on the mainland. Whenever we take a tour out we find pottery shards or some sort of artifact.”

Needless to say, the area is rich in archeological treasures. Scott tells me of a friend who recovered, and retained, several archaic dugout canoes from the brackish waters of the nearby Sampit River.

Move inland from the salt marshes and tidal plains and you’ll discover Hobcaw House overlooking Winyah Bay, just as it did in 1930. This classic southern estate, complete with gunroom, smoke house, and tennis court, pays silent homage to the family that originally donated much of the Barony in 1964.

Tucked away amid overgrown rice fields are dozens of slave buildings and plantation houses, a reminder of the days when South Carolina sat atop the Southern slave trade.

The Barony’s undisturbed forests, coupled with a range of varying environments, provide an oasis for wildlife. Wild boars roam freely here, their population tempered only by South Carolina’s much-awaited hunting season. Although they are scarce, panthers also stalk these woods.

“They used to bring fairs and circuses down old Highway 17, back before the area was a conservatory,” Benston explained. “The cats would escape into the forest and breed with the native populations of bobcats and pumas, so now a lot of the cats out there are hybrids with mixed genetics.”

Though its roots are entangled in native folklore and the Old South, the Hobcaw Barony now primarily serves as a scientific research center for both Clemson University and the University of South Carolina. Both institutions maintain research operations on sight and conduct a variety of studies on the Barony’s diverse flora and fauna.

Out To The Barrier Islands

When we emerged from the forested Barony, North Inlet stretched to the horizon on three sides; great expanses of shimmering salt grass dissected by a labyrinth of meandering streams. White and black pelicans floated overhead, playing with the gentle breeze. In the distance I could glimpse North Island and hear the far off rumble of breaking waves.

Following a brief introduction to paddleboarding technique, we pushed out into the gentle current. The tide worked with us and we made good time, weaving from one channel to the next. Scott led the way, deftly navigating the maze while telling tales of giant Spottail Trout and exotic surf trips through French Polynesia.

Masses of fiddler crabs scuttled along the banks as we drifted by, casting the illusion that the ground itself was shifting. Fish jumped to the sides in pursuit of prey, or perhaps being pursued themselves. Everywhere in the estuary, life thrived vibrantly.

“It varies by scientist, but it is believed that around 50 percent of all Atlantic life passes through this estuary,” says Benston. “It’s one of the most pristine ecosystems along the entirety of the coast. From here down to Charleston, the whole coast is pretty much undeveloped.”

Largely composed of salt marshes and wetlands, North Inlet is a 12,000-acre conservatory within the greater Hobcaw Barony. With roughly 90 percent of the estuary in its natural state, it’s no surprise that dozens of endangered plants and animals abound here.

Bottlenose dolphins, sea turtles, several species of shark, and tarpon all call these waters home. The estuary serves as a mixing pot between the salty ocean and several fresh water rivers, with the powerful tides routinely flyshing new nutrients into the estuary. The result is a unique ecosystem that plays a major role in the maintaining a natural balance in the Atlantic Ocean.

Much of the inlet’s serenity can be attributed to a line of barrier islands that protect the estuary from incoming swells and rough seas. These islands are individual ecosystems in themselves, containing detached saltwater lakes and isolated wild boar populations.

North Inlet is a natural treasure, and exploring it is a rewarding experience. In America today, roughly 35 million people live in coastal towns and cities, make pristine coastal ecosystems few and far between.

North Inlet remains a rare sanctuary largely untainted by human hands. It is not only a place of great beauty and peace, but also a reminder of the value of the natural world to people, plants and animals alike. 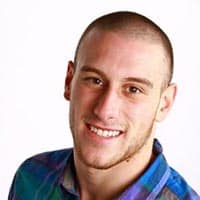