Howling with the Wolves in Ely, Minnesota

Howling with the Wolves in Ely, Minnesota

I joined a program one May on Wolves, Eagles and Bears (Oh my!) through the International Wolf Center. Over the course of a long weekend, we howled with wolves, sailed a lake in search of eagles and viewed bears in the wild.

The International Wolf Center advances the survival of wolf populations by teaching about wolves, their relationship to wild lands and the human role in their future. It conducts a number of learning programs for adults and children year-round.

Day 1: Our introduction to Wolves

We stayed at Timber Trail Lodge in Ely and met our fellow participants the first night at the White Pine cabin. Jesse, from the International Wolf Center, was our leader, and there were six other participants/wildlife enthusiasts. Most were from Minnesota, although one woman came all the way from Albuquerque.

We had an immediate camaraderie as we all had an interest in wildlife. It was nice to meet a group of people who possessed the same love of wild life as I do.

We dined together in the common cabin, then had our first lecture on wolves and wolf behavior – specifically how wolves communicate with each other (body language, howling, etc).

Some facts I learned: wolves require about 10.5 square miles of territory each. Packs can average 5-7 wolves, so each pack requires about 50-70 square miles of territory. The alpha wolf is not always the dominant wolf, it can be a respected elder wolf. They hunt bison in Yellowstone, although it can take 8-10 hours to bring one down and kill it. Wolves and coyotes are enemies and hunt the same prey, so in places where wolves proliferate, coyotes do not.

We traveled by bus that evening to howl with the wolves. We went to three places around Ely: a scenic overlook, a dirt road which had some old wolf scat, and a gravel pit.

Someone was nominated to be the lead wolf (who starts the howling), then the rest of us joined in. We howled three times, waited for a response, then howled again three times. We did not get any responses from wolves, which was disappointing, although the experience of wolf howling was still quite exciting.

We began day two with radio telemetry, which is tracking wolves that have radio collars. The telemetry consists of a box and a large antenna. One person holds the antenna and moves it around in a 360 degree circle. A second person holds the box and listens for the beep on the specific frequency of the wolf we were tracking.

We went to four different spots to try to track a female wolf in the Moose Lake Wolf Pack. At the third spot, Lookout Point, we got a faint beep, meaning the wolf was within 2 miles, which gave us a thrill. Also at this stop, something smelled funky, like an animal had died there.

Jesse went into the woods and found what was left of a wolf kill – hair & hide from a deer scattered just inside the woods.

Based on the three spots we visited, Jesse tried to triangulate where the wolf might be, then we went to a fourth spot within that area that may have been closer to her signal. That spot had a lot of wolf activity, wolf scat in two spots, plus some animal hair.

Jesse told us that wolves eat the bones of their kill because the marrow is nutritious. They also eat the fur, which helps protect the intestines from the bone fragments. Jesse poked around in the scat to show us all the hair and bone fragments. At that spot, I was the only one who thought she caught a very faint beep.

Although this course was put on by the International Wolf Center, there is other wildlife to learn about in Ely, and this course included a look at eagles and bears in the area.

After tracking wolves, we took a sail on a pontoon on Basswood Lake to look for eagles with Bill, our bird guide. Bill gave us some facts on eagles. For example, a female eagle will copulate with the male eagle when he brings her a stick for her nest.

Nests are worked on from year to year and can weigh two tons and be six feet by six feet. There were three eagles’ nests along this lake, two of which were empty, but the third had an eagle.

You could see its head above the nest, although it was hard to focus on with the boat bobbing and weaving (it was cold, windy and there was a lot of wave activity).

We parked the boat in an area between two islands for shelter and ate lunch. As we were about to leave for shore, the eagle flew from his nest to a tree on the island we were near, paused to be admired, and then flew back to its nest, as if wanting to say goodbye to us.

Then we drove to the Vince Shute Bear Sanctuary in nearby Orr. The sanctuary is an area in the middle of some woods where food (nuts, berries, etc) are set out for wild bears to come feed on as they pass through. Around 80 black bears visit the sanctuary each season, according to the facility.

There is a viewing platform for guests to watch bears and their natural behaviors. Vince Shute, for whom the center is named, lived in a cabin on the property and bears would ransack his cabin for food.

He’d shoot them, until one day he shot a bear and two little cubs came out of the woods looking for her. Thereafter, he set up food around his cabin for the bears. He developed a friendship with a bear he named “Dusty.”

When Shute died in 2000, he was buried next to Dusty. Now the sanctuary continues feeding bears, deer and birds (a lot of colorful birds such as blue jays, and yellow finches can be viewed here).

Nicole, our bear expert, gave us some background on the sanctuary and bear facts as we watched deer and birds feed. Finally, one of the British interns at the facility spotted a baby bear way up in a tree and soon, the mama came near to feed.

Howling with the wolves, a second adventure

That night, three of my classmates and I ventured out on our own to howl with the wolves again. We drove down Lookout Road to Lookout Point, stopping several times to howl. A wolf may have returned our call at the Point. We thought we heard something, or perhaps it was just wishful hoping on our part for a connection with the wolves.

A couple of times we thought it was a wolf responding, but instead it was a loon. Next we drove up a fire road deep into the woods, stopping occasionally to howl. It was dark, eerie and we were all alone with nature. We spotted a nighthawk and ruffed grouse and a small bird with long legs no one could identify. We heard whippoorwills, loons and what could have been a bear.

When we got out of the car at one spot, we heard a small snuffle, which definitely was not a bird. We were all alone out in the middle of nowhere, but not really alone; we could hear, but not see, creatures walking through the woods. It felt very adventurous.

On our final day of the program, we spent the morning at the International Wolf Center. There are four ambassador wolves, new pups not yet on display (we could watch them on a monitor) and two retired wolves. The ambassador wolves included Maya & Grizzer (Timberwolves, a female and male) and Malik & Shadow (Arctic wolves, both male, and now retired).

Shadow was the dominant male in the pack, although Grizzer was challenging. The wolves were in a 1.25 acre outside exhibit, but we could only watch them through glass from the inside.

We listened to a lecture on wolf feeding habits, before Jesse dumped a dead deer (roadkill) into the exhibit. I loved to watch the wolves. Maya & Grizzer fed first, which was interesting as Shadow is the dominant male and should have eaten first with Maya (as the dominant and only female).

We were told Shadow doesn’t like to eat with people around watching, although he approached a couple times and Grizzer growled him off and once actually lunged at him as Shadow grabbed a scrap of fur.

Malik just watched pathetically. Maya carried around various leg bones (old and new), peed on her food to make them her own, then buried them.

There were various tug-of-war battles over the carcass. After eating, they all howled (finally!). Then Shadow dragged off the carcass & laid down next to it as if to guard it. Malik at some point snuck in and got some food.

It was a fascinating weekend learning about wolves, bears and eagles in Minnesota.

Another must-stop for wildlife lovers, although I did not visit it during this trip to Ely, is the North American Bear Center. NABC has been in the spotlight the last year for their bear den cam showing bear Lily giving birth to a cub later named Hope. 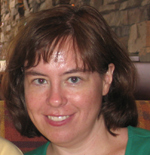 Heidi Hunt is a travel photojournalist who blogs about her travels at adventure-trekker.com. She is also the author of the guidebook 10 Unique Day Trips from Dublin available on GuideGecko.com.