Canada has always remained a mystery to me. It is rarely mentioned in politics, history or just in good old banter. Kind of like the quiet kid who sits in the back of the class that you suddenly find so alluring.

My Aunt invited me to stay with her at the Fairmont Queen Elizabeth Hotel in Montreal for a few days while she attended a convention. I figured this was a true opportunity to dig down as deep as I could to answer the question that has been haunting me: What is it with Canada?

I awoke bright and early to meet Claire-Marie Lavoie, a tour guide from the Infotouriste Centre who would be showing me around the best parts of the city via van.

After talking about our French Canadian last names (my last name is rumored to mean “Beautiful Nuts,” although this has remained a controversy in my family), we finally drove off to explore some of the most important sites.

Montreal literally means “Mount Royal,” clearly due to the small mountain protruding from the center of the city.

When Paul Chomedy de Maisonneuve first settled on the banks of the St. Laurence River, he noticed the water rising closer and closer to his camp.

Being a devout Catholic, he made a deal with God. If God did not flood his camp, he would climb to the top of the mountain and place a cross on it. Lo and behold, the camp remained dry. On January 6, 1643 Maisonneuve carried the heavy wooden cross to the very top and to this day, a giant cross is seen at the peak from all parts of the city.

Claire-Marie’s logic to the heavy French population was, “The Spanish first inhabited South America, then the English inhabited America and then the French were the last to come to the western world and settle in Canada because they were lazy.” I couldn’t help but let out a laugh, and she insisted it was true.

We drove to Park Jean-Drapeau which is located on ile-Saint Heline, one of the smaller islands across from the port of old Montreal. She mentioned that since Montreal people must endure a harsh, long winter, everyone stays outside in the summer for as long as they possibly can. A popular summer activity is surfing the rapids on the river.

I immediately perked up as I have never heard of this before, let alone in an international city such as Montreal. We saw two male surfers get out of a car and she insisted on pulling over to talk to them. They explained in some English that there are places on the Lachine canal where beginner surfers can start. As we said thank you and goodbye and drove over the Pont de la Concorde, sure enough there were people surfing the rapids of the river near the rocky edge.

From the rapids to the peak of Mount Royal, thanks to Claire-Marie, I stepped out of the van knowing almost everything there was to know about Montreal. There’s a wide variety of different tours that you can take around the city: bike tours, bus tours, walking tours and river boat tours.

If you are like me and completely new to the city, it is suggested to make your first stop the Infotouriste Centre in Dorchester Square in the Downtown region. You can set up a two hour double-decker bus tour, which is the most popular option. You can also set up walking tours around Old Montreal for just four dollars!

“I don’t see any cobblestones yet!” cries my Aunt as we make our walk from the Metro stop to the center of Old Montreal. After a few friendly enquiries about which direction to take, the skyscrapers finally cleared, the St. Laurence River was in front of us and cobblestones were under our feet.

On Thursdays, Fridays and Saturdays, you can enjoy live jazz music with a glass of privately imported wine from 6 p.m to 9 p.m. We were also surprised to learn that Narcisse has a rooftop terrace with a panoramic view of the Old Port on the river!

If you go to Old Montreal, stop by Rue Jacques Cartier. This wide cobblestone street is lined with canopied restaurants, shops, novelty stores and ice cream! As the day winds down, the street performers come out to play music and breathe fire. We saw a group forming around the bottom of the street so we stopped to see what the commotion was. A man was doing a few fire juggling tricks while playing off of the crowd’s energy and making them laugh.

The next day I was invited to have lunch with Tanya Churchmuch, a local tourism official. After the half-hour stroll to get to the location of the café, I walked by the actual place a couple times. Café Santropol is a hole-in-the-wall restaurant that was slightly obscured by big plants and no giant sign on the outside. Upon the second time I moseyed past the entrance, peeking around the plants trying to decide whether or not this was the place, Tanya was waiting outside and as we shook hands, assured me this was it.

The inside was colorful and warm. We sat near the porch area which is a popular spot for people coming to grab a cold drink in the summer heat. I ordered a very large, very cold iced coffee and it was brought with a pineapple and cantaloupe garnish; something I have never seen put together but was surprisingly delicious.

Tanya explained to me that Café Santropol makes their own bread so I had to try one of their sandwiches. I ordered the Pepper Island with Chicken Salad which consists of their homemade bread, chicken salad, cream cheese, pesto and jalapeno pepper jelly. You heard me right. It was sweet, bold, spicy and absolutely worth it.

I wanted to know why Montreal was such a safe city, and why everyone got along instead of fighting all the time. Claire-Marie was telling me in the van that Canada has an open-door policy for refugees from all over the world. Anyone immigrating to Canada can stay for five years for free and is automatically an authorized citizen of Canada, giving them free health care, public education and all the rest of the public services they offer.

Tanya agreed and explained that Canada is still a young and growing country and the people immigrating here help develop it. Upon asking her if it was because they were looking for labor, she replied, “Being a refugee is a crisis of humanity.”

Scientists from the Universite de Sorbonne in Paris have traveled to Montreal to study the reason there is such a low crime rate amongst all the different races living in one city. The conclusion is unclear, but according to Tanya, a reason may be that Canadians possess the vital understanding that when it comes down to it, “We are all immigrants.” A smashing thought. I hope the U.S will adopt this mantra someday.

I thanked Tanya for a lovely lunch and hustled back to the hotel so that my Aunt and I could catch the 4 o’clock Croisieres AML riverboat tour. We boarded the boat in the Old Port and were greeted by Maisonneuve himself (well, a young man dressed as him). We ran to the top of the boat to assure a good spot. The boat departed and Maisonneuve spoke of his discoveries of Montreal over the microphone as the boat put down the river.

We were able to get a spectacular view of the skyline of downtown and learned about the different ports and ships that dock. Almost everything in the city is bilingual, so lots of times tour guides will speak in both French and English.

Streets you must walk down

Crescent Street – This was my favorite street in Montreal. Each side is packed with restaurants, cafes, shops, boutiques and more. Everything is within walking distance. This is a great place if you are looking for a bite to eat, but don’t want to walk all over the city finding one. Since my aunt and I were now full-fledged wine and cheese addicts, this street never let us down.

Boulevard Saint Laurent – I walked down this street on my way back from lunch with Tanya. There were lots of interesting shops to explore and I passed the famous Schwartz Deli, known for their smoked meats which you cannot get anywhere else. This must be true because there was a line out the door. Interestingly enough, many peep show cinemas reside on this street as well.

Rue Sainte-Catherine – This is one of the best shopping streets in downtown Montreal. This is where you can find many of the popular stores such as H&M as well as designer names such as Louis Vuitton.

I forget sometimes that my roots are planted in Canada. Maybe that’s why it has fascinated me for so long. One thing is for certain: they are definitely onto something great. 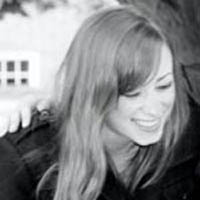