London Apartment Rentals: Save on Lodging

In the heart of the financial district, the Barbican-Citadines is perfectly placed. Photo by tvtrip.com. 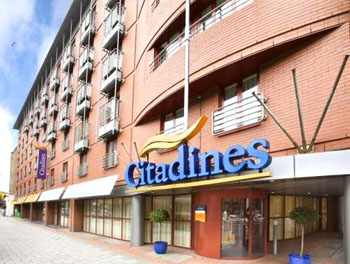 I was daydreaming about my next London visit the other day, so naturally I was looking at all the luxury hotels. The Dorchester in the Mayfair neighborhood, one of the tip top choices for luxury accommodations seemed like a good choice.

My private balcony would have a first-rate view of the London skyline. And the suite would have a plasma television with international channels and a complimentary bathrobe, slippers, newspaper, and magazine selection. Luxurious toiletries and heated towel bars would be in my marble bathroom. Fresh flowers from the in-house florist will await my arrival and champagne, too!

London does tend to be an expensive destination. Even if you scale down to a more modest hotel you’re still going to be spending $1,500-$2,000 for a week’s stay. Add eating out day in and day out and your trip becomes quite pricey.

But there are sneakier ways than the local hostel to say in London on the cheap. Short-term apartment stays offer you all the comforts of home and a chance to live like a local. Even in some of London’s more upscale neighborhoods, there are plenty of flats with affordable rates.

All apartments have fresh linen at least once a week and some sort of cooking facilities and food storage available, as well as all the necessary utensils, so doing your own cooking is another great way to save.

Here are 10 different apartment-style accommodations to choose from, all within walking distance of the Underground. Any price quoted has been converted with the VAT (Britain’s Value Added Tax, at 17.5%) included, but be sure to ask if it’s been included in the pricing when making reservations.

Located in the City, or original Square Mile of London, Barbican-Citadines has 129 studio and one-bedroom apartments available. These ultra modern and warmly decorated apartments have almost full kitchens (minus the stove). Since some apartments are connected, they share bathroom facilities.
Live like a local on Harley Street! Photo by Apartment-Hotels.com. 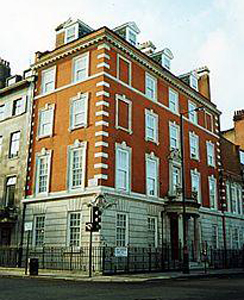 But perks like flat-screen tvs, dishwashers, and being located at the literal heart of London for a very affordable price might make the inconveniences worth it.

Madame Tussards Waxworks, the Sherlock Holmes Museum, and tons of Underground stops pepper this district, making it a great starting off point to anywhere else in the city. Because it’s so centrally located and filled to the brim with transportation, I’ve listed not one, but two apartment options for Marylebone.

The buildings at 62 and 65 Harley Street have been modernized, but still have hints of Edwardian design elements. Large rooms with tall windows and high ceilings are the norm, with original moldings intact in some apartments.

Although the décor is modest and simple, the location is prime especially for the price! One-bedroom apartments start at just under $200 a night, with the weekly rate starting at $1,333, but don’t worry, there’s no minimum stay requirement.

The best thing about the James Street Apartments, run by Globe Apartments, is its location, right by Selfridge’s Department Store and the Bond Street Underground. Two blocks north on Marylebone High Street is the full service Waitrose Grocery, perfect for food shopping.

But there are a few downsides. Furniture and design elements try to use space creatively, but space is a bit cramped. Also, there’s no elevator and James Street has a minimum stay of seven nights. But if that doesn’t deter you, there are studios, one- and two-bedroom apartments available starting at $1,235 per week.
Variety is the spice of life at the Chelsea Cloisters. Photo by Chelsea Cloisters. 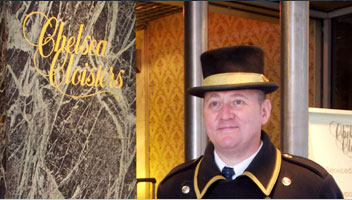 Chelsea Cloisters is a behemoth of over 200 studios, one- and two-bedroom apartments and a popular destination in its own right. And for the fashionistas, the Cloisters is nestled up next to King’s Road and within walking distance of the famous Harrod’s. Each apartment comes with a mostly full kitchen (some lack stoves), daily maid service, and a weekly linen change.

All apartments are independently decorated and randomly assigned by the onsite staff at check-in, so be sure when you book and check in to be crystal clear about any necessities. Because of this interesting variability, pricing, although affordable, can get complex, and generally works out in the favor of the longer stay.

If you’re looking for luxury but in an affordable price range, check out 44 Curzon Street. They’re smack dab in the middle of Mayfair, the most prestigious districts of London. Gorgeously decorated dripping with elegance, 44 Curzon Street has studio to three-bedroom apartments available. All accommodations are stacked to the brim with amenities from free broadband internet and maid service six days a week to heated towel racks in the bathrooms.
Giant windows and very modern decor at the City Docklands. Photo by Marlin Apartments. 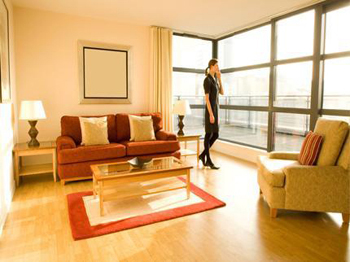 The reception staff at the front desk will not only arrange your laundry and dry cleaning, but that can book tickets for theater, sporting events, concerts, make dinner reservations, book tours, call cars… you get the picture.

Rates are rather affordable for Mayfair, starting at $230 per night, with free perks like chauffeur airport transfer from Heathrow becoming available for stays of 5 nights and up.

Marlin Apartments-City Docklandsprovide studio, one- and two-bedroom apartments in a unique location, right alongside the Regent Canal Dock, the oldest dock still operating as originally planned. Rooms are large and spacious with a contemporary design with the staff claiming they are ten times the size of your average hotel.

Amenities are quite contemporary as well, with wide-screen digital tvs, dvd players, dishwasher, washer and dryer, and broadband internet access in each apartment. If you’re picky about your towels you should probably bring an extra set; maid service only comes around once a week to change linens.

Bayswater’s Grand Plaza is another massive building with 198 studio to three-bedroom apartments It was ranked the best-serviced apartment by Business Destination Magazine. The building is located in the midst of a Victorian garden square and a short walk from Queensway and the Whiteley’s shopping center.
The beautiful Grand Plaza in the Bayswater district. Photo by Apartment-Hotels.com 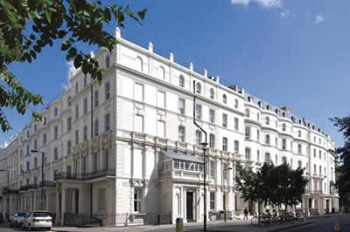 Even the studio apartments are spacious and well lit, with full kitchens, free high-speed broadband, and modern and inviting décor. Each guest is also given access to their private Kensington Garden Square gardens that got a cameo in the film Notting Hill.

The Langorf Hotel and Apartments are located in the south of the creative Hampstead Village and a five-minute walk from the Finchley Road Underground stop.

The shabby chic décor is reminiscent of a rustic B&B and blends studio to two-bedroom apartments in with the regular hotel rooms effortlessly. Fully equipped kitchens and maid service during the week are standard, with washer and dryer set ups in a select few of the apartments. Rates remain affordable, starting at $177 per night for a studio apartment, and discounts for extended stays.

No. 1 the Mansions is another affordable yet luxurious apartment offering. There are 29 apartments, ranging from a studio to a four-bedroom, and all independently decorated with varying layouts. A brisk walk will get you to the Earls Court Underground stop, giving you free reign over the city.

The Natural History Museum is also pretty close, and with free admission, it’d be a shame not to make the quick journey. No. 1 The Mansions is actually a sister property to 44 Curzon Street in Mayfair so all of the upscale services and facilities are present here as well.
A typical kitchen set up in the executive apartments at /lodgings/1006/Aston Suites. Photo by londonserviceapartments.co.uk. 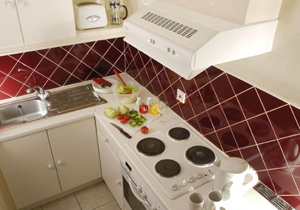 Astons Suites are spread out between three Victorian town houses, with freshly redone interiors and their own private garden open to visitors. Every apartment has either a kitchenette or kitchen, satellite tv, direct dial telephone, and daily maid service, with heated towel rails, and other extra goodies for the designer and executive level accommodations.

Nightly rates are a steal starting at $125, but keep in mind these are studio apartments so it might get a bit claustrophobic, depending on how much you like spending time with your travel companions.

is graduate of the University of Massachusetts and a former editorial assistant for GoNOMAD.

Sarah Cavicchi is an experienced travel writer and editor and has managed content creation for clients in the health and wellness, dental care, pet care, education and eco-friendly content spheres. Her work has appeared on GoNomad.com and US News & World Report: Travel, among other publications.