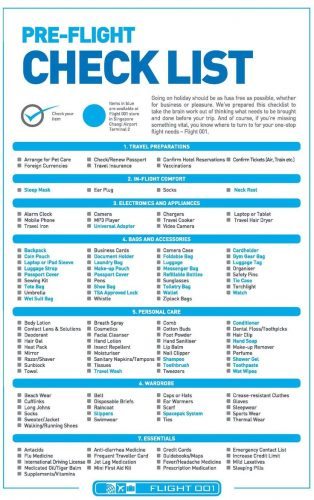 If You’re Going to Travel Around the World, Put Away the Travel Lists

“What do you think of this itinerary?” a fellow traveler once asked me in an e-mail. In the message were 29 countries on six continents, with line items such as “ Brazil – 5 days, Argentina – 6 days, Chile – 3 days, then fly to Australia – two weeks.”

The list went on and on like that, for a period covering one year. My reply was, in short, that she should throw out two-thirds of the destinations and start over 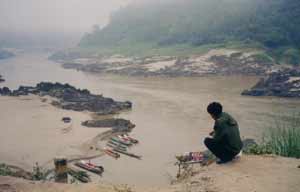 Let’s face it, we’re living in a competitive society, especially in the US.

Even when we try hard to avoid it, we are under pressure to stand out, to do better, to win every contest.

We’re wired to try to come out on top whether in our jobs, our sports contests, our classes, or our excursions to the mall or the car dealer.

Raised on this competitive spirit, many travelers have trouble letting go when they decide to circle the globe for the first time.

Unfortunately, their whirlwind year abroad leaves them with mere snatches of memories.

They form few relationships that last more than a day. Far too many of their stories revolve around the process of travel: bus rides, train rides, ferry rides, and time spent waiting for all of the above.

Instead of stopping to smell the papayas, they choose to smell more diesel fumes.

I once read an article in one of the glossy travel magazines about a 65,000-mile round-the-world journey by one of the magazine’s writers.

It ended up being an article about planes, airports, and checking in and out of hotels.

The writer wasn’t content to actually spend some time in places and see what made them tick.

Instead, he had to turn it into something fit for reality TV: a challenge, a race, an endurance test. 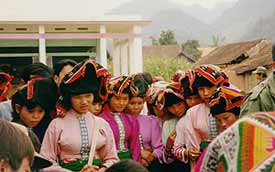 How long did he spend using this $5,300 batch of tickets through 46 cities?

Less than two months. The longest he spent in one place was four days.

In one city he spent a total of 17 hours. He proudly listed the average hours of sleep per night at 4.5 and the number of cups of coffee at 249.

When he says, “All too often, I could be found running breathlessly for my next flight,” I couldn’t help but mourn the giant waste of opportunity.

This is an extreme example of course, and probably one that only someone with a fat expense account would undertake.

But the guiding mentality is not uncommon for those planning their first journey around the world.

Many of them want to “do it all,” as if this will be their only trip away from home their entire life.

They want to tick off the boxes, take the snapshots, and move on. They are hell-bent on landing on as many continents as possible.

As a result, their impressions of a city are limited to monuments and transportation depots, all the locals they meet are ones trying to sell them something, and they spend half their journey on planes, buses, trains, and ferries.

On our third time circling the globe, my wife and I suffered a particularly hellish ferry ride out to the Togian Islands off Sulawesi in Indonesia.

The overstuffed boat left after midnight (hours late) and hit rough seas, forcing nearly everyone into a state of regurgitation.

In the morning the sun came up on our boat, which was moving along the equator, and we all baked until arriving at our destination a couple of hours before sunset.

When we finally threw our packs down in our beach bungalow, Donna and I vowed not to leave for at least a week. Another couple came over with us on the same ferry.

They had already breezed through South America, Africa, Europe, Australia, and New Zealand in a mere 10 months and were frantically trying to cram in their list for Asia before their RTW ticket expired.

They ended up staying three nights on this blissful (and blissfully cheap) tropical island, then bid everyone goodbye.

They had places to go, sites to pose in front of, things to check off their list.

They only had a year to see the world and by god, they were going to see it all. “This is the longest we’ve ever stayed in one place!” they explained cheerfully.

When we asked them earlier what they thought of particular places we had all been to, they’d talk about their guesthouse, what the buses were like, or that perfect slice of chocolate cake they’d gotten at some café.

They hadn’t had the time to delve any deeper.

Like a glossy travel article that doesn’t look much different than a tourism board brochure, their stories didn’t have any meat.

Many of the towns they had visited were already fading from memory, just a blur of one-night stopovers.

Here are a few tips to remember when planning an around-the-world trip. Keep them in mind and I promise you will get a lot more out of your trip.

1) All countries are not created equal

Two days in Singapore may be enough to get a good feel for the place. Two days in Turkey is a joke.

Yes, if you spent two days in Istanbul, you could say you’ve “been to Turkey,” but that’s really just a glorified layover.

I lived in Istanbul for five months and never ran out of things to see. And although the city is fantastic, one city does not a country make.

To really experience a country, you need to spend some quality time off the main tour bus route.

Don’t forget that it takes two or three weeks just to get your bearings in India and twice that to really see more than a few states.

You can see a lot of Laos in two weeks, but if you’re going to Vietnam for two weeks, pick the north or the south—you can’t really see both in that short amount of time.

Many travelers try to plan according to some internal priority list and end up paying a fortune to fly to disconnected spots on the globe.

They want to visit China, Fiji, New Zealand, Chile, Mexico, and a dozen other places in Europe and Africa—never mind that the destinations are nowhere close to each other.

There’s a good reason Southeast Asia is so popular with backpackers. You can fly into Bangkok and then visit a long list of exciting places going overland or with short-hop flights.

If you like a place more than you thought you would, you stay longer. If you’re disappointed, you can move on to the next spot quite easily.

You can then get easy flight connections from Bangkok to anywhere in Asia and most places beyond.

If you have an urge to get a lot of passport stamps, visit these areas. At least you’ll spend more time connecting and less traveling.

3) Go for quality over quantity

When I took my third round-the-world journey, some of my family members were surprised that my wife and I were returning to some countries for the second or third time, instead of going to all new places.

We made this choice, however, because we knew we had only experienced the tips of the iceberg in Indonesia, Nepal, and India and wanted to see a lot of areas we had missed.

We knew our experience would be more meaningful than if we went somewhere less interesting just to check off a box.

As a result, we spent three months in Indonesia and really explored several islands in-depth, at a pace that was never rushed.

We learned enough of the language to chit-chat with locals who didn’t speak English. We got to places most tourists don’t have time to visit and none of it was a blur.

4) Get off the beaten path

Don’t make your trip a long string of monuments, museums, and buses.

Most of us have parents or family friends who have done some kind of “Europe in Eight Days” tour or a one-week Caribbean cruise and we wonder how they could have really done anything of substance.

Yet some backpackers end up doing an elongated version of this over a one-year period, hitting the main sites and quickly moving on.

When you get off the beaten path, however, you see a whole different side of a country.

When you have loads of time in a less-touristed area, you can take things as they come.

You can accept invitations from local families. You can follow the advice that takes you to a place that isn’t even in the guidebook.

You can rent bikes to go exploring or just walk around without a map.

You can spend time with locals who don’t just see you as a walking wallet and you can take life at their leisurely pace.

If you decide to travel around the world for a few months, a year, even two years, don’t try to do it all.

Spend some time getting to know a place and its people. Relax. Go get lost. Pass the day in the town square.

Meet locals who don’t make any money off of tourists. See more than the inside of buses, backpacker cafés, and guesthouses.

Remember, real travel is not a competition and there’s no winner. Nobody back home will care if you’ve been to 30 countries or 10 — trust me.

Really see and feel the 10 and you’ll be much more fulfilled. Unless you die a young tragic death, you will take off again someday.

Travel is much like the snack foods you can’t stop eating — you won’t be happy with just one trip. Save some places for the next round…