Six weeks of the year, Kearney, Nebraska, population 31,000, achieves world-class. A half-million sandhill cranes fly in from February to April to feed, fatten and frenzy along the Platte River on their way to far northern nesting grounds.

Some years, Jane Goodall flies in herself. This year, it was Audubon Society President David Yarnold to keynote a national celebration of rivers and wildlife.

After six weeks, the crane-havening Platte gives up its stardust. Kearney becomes a bump in the road again. Eleven million cars and trucks a year rush by unimpressed, although enough stop for conventions and events to rank Kearney, which is Nebraska’s fifth-largest city, the state’s third in regional room tax collections. Kearney in Buffalo County lies conveniently halfway between Omaha to the east and Scottsbluff to the west.

Yet that push for conventions has produced a website opaque about the place itself. The site has viewers click here for this, click there for that, but not for anything encompassing about the city itself.

That’s a loss because Kearney clusters a half-dozen historical museums, the Museum of NebraskaArt(MONA), the first Audubon sanctuary in the state, one of three campuses of the University of Nebraska (UNK), and the landmark Great Platte River Road Archway that, although not in a league with the Statue of Liberty or Gateway Arch in St. Louis, does nonetheless span I-80 just east of town — the only museum over any interstate anywhere.

What town of 31,000 can support all this without rare desire and stewardship?

The town palpably confirmed my intuition of civic vigor, so if you’re not already heading to Kearney for crane season or for the Huskerland State Wrestling Tournament, you want to get off I-80 at least for a day or two.

Fort Kearny today is only a sketchy re-creation that does nonetheless correctly spell the name of the Mexican War general for whom the site was named before an extra “e” incorrectly attached to the town name.

Authentic artifacts tell how, from 1848 to 1871, the fort kept pioneers safe here where three trails converged from the east before diverging westward again at the Great Divide.

Kearney was first in Nebraska to get electricity, and one settler, the London-born Moses Sydenham, aware that Kearney stood midway between Boston and San Francisco, proposed that the nation’s capital re-locate to Kearney from Washington, a cause that helped propel him to the U.S. House of Representatives although his cause crashed.

The Archway reviews the westward saga theatrically but no less accurately in its messianic hardship. I cried walking through as I never did while 70 years ago learning in school about the attainment of bi-coastal America.

Displays rarely sanctioned when Manifest Destiny fueled American exceptionalism here honor Native Americans and their sustainable way of life. At the Archway, I also learned a revealing story about Kearney stewardship in the high-handed way that Disney-trained marketers set the monument on a crash course for bankruptcy soon after its opening before locals took control. Ask around.

History in our own time

Yet our own time also writes history at the Archway. Education Director Ronnie O’Brien has physically re-connected the Pawnee Nation to its once Great Plains home from which 150 years ago the tribe was exiled to Oklahoma.

Married into a family of settler stock, Ronnie in 2009 organized the first Pawnee pow-wow on ancestral lands.

Tribal members who came for the event for the first time since tribal exile ate sacred corn from heirloom seed (that grows poorly in Oklahoma). Later this year the Pawnee will return joined by a related tribe sundered to the Dakotas. Important outside-the-box outreach is going on here.

Also, thanks to the Archway, cars, and trucks will at least stop in Kearney along US 30 to mark the centennial of the Lincoln Highway, the national “Main Street,” that for the first time connected America coast to coast by car and that America will officially celebrate here.

If Kearney comes off I-80 all motels, chain food and gas pumps — and if it’s all parking and chain stores north atop the hill that Moses Sydenham had in mind for the national capital — one-of-a-kind shops fill The Bricks, a prosperous 120-year-old downtown. Multi-generational Kearneyites run these shops.

Alley Rose is the top Wine Spectator-rated restaurant, Thunderhead Brewery the source of a brilliant red ale, Tex’s Café is where waitresses call the ranchers “Dear” and “Hon.”

Tru Café is the organic hangout – soups, wraps, desserts, coffee plus regional art and crafts with music weekends, the work of a Kearney couple long active in The Bricks.

At the Garage — not an old garage recycled as a hip dive but put up two years ago by locals who designed it old-looking from scratch — two sleek bars on two stories pull crowds.

I asked a middle-aged fellow coming out of the Downtown Barbershop if it was the best in town. “Dunno,” he said. “I’ve never been anywhere else.”

Locals themselves have inspired and largely funded Kearney’s distinct sites.

At the Merryman Performing Arts Center, business manager Denise Christensen (“good Danish-Lutheran Midwestern name,” she says) calls Kearney “progressive” largely thanks to sophisticated staffs at UNK with its 6,700 students, faculty and administration, and Good Samaritan Hospital that employs 1,200. Speakers and performers appear at UNK, and at Third Thursday programs at MONA.

The World movie theater is an important part of downtown.  It was initiated by a Kearney-born screenwriter who did well in Hollywood, came back and launched the idea.

Yanney Heritage Park includes an amphitheater, environmental education center, gardens, and activities centers on an 80-acre cornfield donated by its namesake family, started in 1998, funded chiefly by locals with its own foundation and endowment already in place when it opened in 2000.

The Trails and Rails Museum of the Buffalo County Historical Society physically located in a 19th-century Union Pacific depot on the trails through town, collects historically significant structures, at a site begun with donated land.

Most evocative among artifacts is a two-wheeled “Mormon handcart” of the kind that zealous pioneers yoked themselves to and pulled west. Ronnie at the Archway says they could cover 25 to 30 miles a day; oxen rarely covered 20.

Retired UNK profs and corporate executives volunteer at the Archway. The first pow wow took 200 volunteers to pull off. Almost 100 more volunteers at the Kearney Fire Department that otherwise numbers only four paid firefighters. Outside money led to the funding of the Iain Nicholson Center at the Rowe Audubon Sanctuary, but volunteers keep it going.

A different civic gift played out one evening at MONA where early visitors gathered for this year’s Rivers and Wildlife Celebration. Venezuelan pianist, composer, and UNK biologist Karine Gil performed her suite, “Sounds of the Platte River” – a Latinized Die Moldau.

Another evening in a blind at Rowe alongside the river, homage was reverential. The great crane flocks flew and doubled back, descending to river roosts safe from predators.

Birders bent themselves into question marks behind their spotter scopes and big-eyed cameras. The louder the aggregating birds, the quieter the blind became. Only the birds’ raucous guttural cries overcame the whir of wings as they descended ever closer. I felt linked to pre-history, a junior species, a speck. The birds settled. I soared.

In the darkness, the birders trekked across the field back to their cars while, the same as for the past millions of years, the crowd went wild.

Kearney Visitors Center, www.visitkearney.org, (308) 237-3178?. You can fly into Omaha and rent a car to Kearney, a three-hour drive. Or you can fly on from Omaha to Kearney. Double rooms even during the six-week crane season can be had for under $100. Book early.

The same for the blinds at Rowe, though other outdoors sites also offer good (if unprotected) viewing around the river. Late winter and early spring sunrise temperatures can be in the 20s. Daytime reached the mid-70s when I was there. 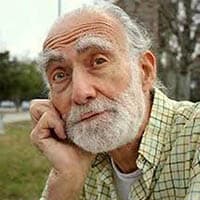