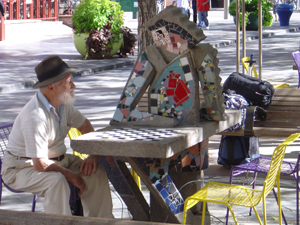 150 Years in the Making:
A Journey Through Colorado’s Gold Rush

To decide whether Colorado is worth visiting, there are only a few questions you need to ask yourself.

Are you a free-spirited organic vegan who loves outdoor adventure and an eco-friendly lifestyle? Colorado is your destination.

Are you a back-to-basics traditionalist with a respect for hard work and an open mind towards the merits of hunting and mining? You’ll fit in perfectly.

Do you have an eye for historical architecture or do you prefer eyeing the inner workings of a brew pub? Do you get your thrills careening down ski slopes or riding the high from an epic blackjack run?

Whether you fit into all of these categories or none of them, Colorado is distinct proof that variety truly is the spice of life.

Many amazing places can be described as having something for everyone, but Colorado is peerless in its unique atmosphere of well-balanced extremes and endless diversity.

Over the course of the past 150 years Colorado has persisted through dangerous highs and lows; beginning as an undeveloped beauty, growing to a bustling gold rush boom state, shrinking to an economically devastated collection of ghost towns, and finally emerging from the ashes in the past decades to rise and thrive again, the Centennial State has continued to defy norms and expectations.

The nickname “Centennial State” was coined in August of 1876 when Colorado was officially admitted into the Union as the 38th state, less than a month after the centennial of the United States. However, Colorado first made its presence known in 1858 when gold was discovered along the South Platte River, the future site of what is now the capital city Denver.
>Outside Union Station, Denver 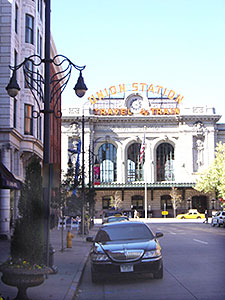 Where the Gold Rush Began, but Where to Begin?

I started my adventure through 150 years of gold rush history where it all began, in the mile-high city of Denver. Luckily Denver International Airport was both inviting and convenient, allowing me to navigate quickly from the plane to the historic Oxford Hotel, located in the thriving LoDo (lower downtown) neighborhood.

Built in 1891 as Denver’s first hotel, the Oxford has shared in all the highs and lows of Denver’s past. Boasting an ideal location in the heart of LoDo, the hotel has held on to all of the best of its tradition and architecture, creating an atmosphere that evokes the past with the amenities of modern comfort.

Be sure to check out the Oxford’s Cruise Room, Denver’s first bar, opened the day after Prohibition was repealed. Modeled after one of the lounges on the Queen Mary, you can check out the Art Deco décor while sipping on one of their many famous martinis.

Exploring outside the hotel, I discovered a plethora of must-see sights. I began by strolling a couple of blocks to Coors Field, an impressive stadium whether you’re a sports fan or not. The Colorado Rockies are only one of eight professional sports teams hosted by Denver.

If you head further downtown you can check out Rockmount Ranchwear, a Denver staple whose greatest claim to fame is the invention of snap-button shirts, of which they have a wide variety for sale. While most of their business is no longer retail, they maintain their flagship store in Denver out of respect for their past.
The late Papa Jack Well, founder of Rockmount Ranchwear, who passed away in 2008 at the age of 107 – photo courtesy of Denver Metro Convention and Visitors Bureau 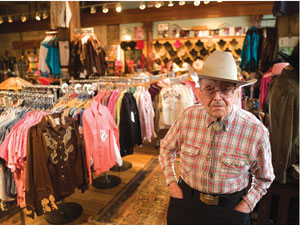 One thing I couldn’t help but notice while perusing downtown was the sheer number of healthy, happy, smiling locals. Whether the credit belongs to the over 300 sunny days a year Denver receives or the relaxation 200 city parks provide, it is undeniable that Colorado has one of the most active and healthy populations in the U.S.

This becomes less surprising when you realize the state maintains the lowest rate of obesity in the U.S., which translates into a lot of fun outdoor activities ranging from hiking up mountains to boarding down them and everything in between.

After I took in some more of the Denver atmosphere and tried my hand in chess against one of the crafty local players (I lost), I decided to check out one of the city’s other claims to fame; their brew pubs.

I was drawn to the Wynkoop Brewing Company, probably in a large part due to the fact that I was lucky enough to be there during the Great American Beer Festival, which they just happened to be hosting. While things were getting a little hectic leading up to the beginning of the festival, the owners found time to lead my group for a tour of their impressive microbrewery. During the brewmaster’s explanations of his hopping methods, we were presented with a taste sample of eight of their home brewed beers.
>Central City Opera house 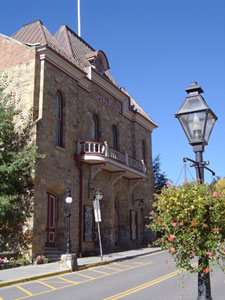 Needless to say, there’s more than a little to be said for local business when it comes to Colorado’s breweries. Not only laying claim to a legacy as Colorado’s first microbrewery, the Wynkoop also has an expansive billiards room and comedy club to help establish its status as a landmark.

Later that night I had the pleasure of experiencing the Buckhorn Exchange. I say experienced because to use the term “dined at” would not do proper service to the wealth of character exhibited inside Denver’s first restaurant and saloon.

You know you’re in for far more than your typical dining experience as soon as you enter and see some of the over 500 animals and birds mounted around the restaurant, including a two-headed calf.

Once you sit down and see the menu, you’ll have trouble deciding between such exotic delicacies as rattlesnake, alligator, and rocky mountain oysters as well as more traditional offerings such as buffalo or the delectable prime Colorado beef steak.

You also have the pleasure of dining in the same steakhouse as five past presidents and many more notable figures, as evidenced by relics such as Teddy Roosevelt’s autograph and JFK’s Colorado hunting license. The Buckhorn is a historically designated landmark of downtown Denver that you do not want to miss enjoying.

What makes Denver’s vibrant appeal all the more impressive is the fact that a mere 10 years ago, downtown was barren. Thanks to hard work on the parts of the local people and government, the neighborhood was transformed from economically depressed to bustling.
Denver’s Latimer Square – Stan Obert photo courtesy of Denver Metro Convention and Visitors Center 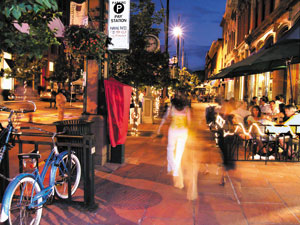 Much of the credit belongs to the state’s impressive historical society, which has helped prove that preserving the state’s past was the only way to improve its future.

Thanks to an innovative plan to allow limited stakes gaming in select towns, Colorado now lays claim to the largest state historic preservation funding program of its kind. In an interesting twist on the traditional moral view of gambling, the program is entirely financed by gaming tax revenues.

The Richest Square Mile on Earth

The pair of towns Black Hawk and Central City, a stone’s throw apart from one another, were also centers of the gold rush, and have now developed into centers of the small degree of legalized gambling that Colorado affords.

Central City was such a boomtown during the gold rush that it was once described as “The Richest Square Mile on Earth.” Swelling to a population of roughly 20,000 between the two towns after the first discovery of lode gold in 1859, that number would fall to a few hundred after the gold rush was said and done.

With more than 25 casinos in an area of two square miles, the towns have been able to cling to gambling to avoid a fate as ghost towns and now are doing significantly better economically, although there are still under 1,000 actual residents. While Black Hawk has been more successful with its casinos, Central City is home to many more historical attractions.

One of these attractions is the Central City Opera House, a restored Victorian theater that once housed both Buffalo Bill and P.T. Barnum’s circus at different points.
>Central City street view 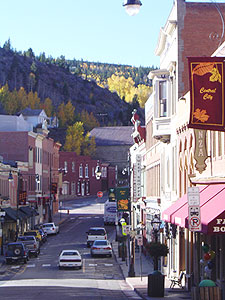 While the Opera House fell into disrepair after the gold rush, it was restored once in 1932 and again throughout the 1980’s and 90’s. It continues to host events throughout the summer, maintaining a long-standing tradition as the oldest operating opera house in the U.S.

The next-door Teller House also stands out amongst the dozens of preserved landmarks in the city. A hotel and restaurant, the Teller House was built in 1872 as the finest hotel west of the Mississippi and remains as evidence of Central City’s dedication to preserving its legacy.

While Central City abounds with slot machine casinos, down the street in Black Hawk you’ll find all of your standard games in one of the many full-amenity casinos. One of the more renowned casinos in the area is Bullwhackers, but check out Fitzgerald’s for the luck of the Irish and some delicious food.

While the gold rush could have been the high point in Colorado’s history, the cities that survived extinction have proven all the more resilient and diverse for it. Instead of being mired in its past or forgetting it all together, Colorado has preserved its history while evolving with the times and building on its strengths.

I was happy to have many of my misconceptions about Colorado dispelled, because the Centennial State is one that refuses to be pinned down by any generalities or blanket statements.

Check back for my follow-up article, where I’ll continue my journey through 150 years of history and head west towards Leadville, Colorado Springs, and the Colorado Silver Boom.

The Magic of Madrid: Salsa and Siesta in the Center of Spain