NEOM: A Natural Wonder to Explore in Saudi Arabia

NEOM, in Northwest Saudi Arabia, is a Wonder Before it is Even Built

NEOM is the future of Saudi Arabia. Today, these 10,000 square miles in the country’s northwest corner are simply a wild, empty part of the 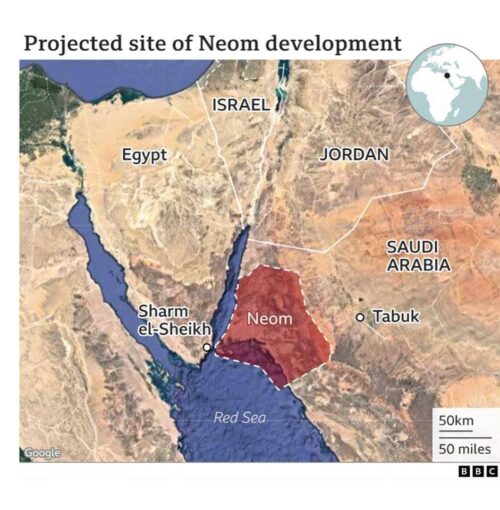 But NEOM heralds the start of a massive injection of money, people and experts into a totally wild part of Saudi Arabia.

By the time this combination of ecotourism, advanced transportation, renewable energy and super-scaled desalinization is finished, it will be world-famous.

It will take at least seven to ten years and will remain a work in progress for decades.

But now, NEOM remains a desolate place that in 2022 offers incredible beauty, staggering epic views, the undeveloped Red Sea coastline, and the tradition of Arab hospitality that all combine to make it a fascinating place to explore.

It’s a place you’ve never been and some of these sights are mind-bending!

NEOM: As Big as Belgium

To visualize how large the project will be, just think of it as the size of an entire European nation, and not one of the smallest–Belgium. The project and borders of NEOM are that big.

And the budget of Prince Mohammed bin Salman’s pet project is a cool $500 billion.

I got a chance to tour part of the area where someday NEOM will rise, Saudi Arabia’s answer to spectacular Dubai in the Emirates.

For the next few years, however, the most interesting things about NEOM are the desert wilderness and nature that makes up the area.

In a project this vast, things change every day, so it’s hard to put a firm date or even a guarantee of what this will look like.

As of 2022, the NEOM game plan calls for a ski area called Trojena, a state-of-the-art coastal industrial center called Oxagon, and a linear city stretching across the area’s borders called The Line.

And much more to come, say the more than 1200 consultants, planners and experts all gathered in NEOM and in the nearest city, Tabuk, working to make it happen.

One of the first projects, besides the roads,  that is already under construction and will bring tourists to the area is Sindalah, an island development in the Strait of Tiran north of the Red Sea, across from Egypt.

This is due to be completed in 2024 and will be the first luxury property in NEOM. Today visitors fly to Tabuk, and drive two hours to NEOM, and stay at the Red Tulip Sharma Resort on the Red Sea. This is not to be confused with a luxury hotel, but it’s fine for a visit to the area.

The first thing any traveler to the Kingdom of Saudi Arabia has to do is pretty easy. You visit their website and begin applying for a visitor’s visa.

The process is straightforward, they do insist you shell out for a travel insurance policy, but with the visa it comes out to $142 for an EU or American citizen.

Although 4000 years ago, the Nabateans traveled this caravan route, for the past 80 years, it has always been almost impossible to get a tourist visa to come to KSA. Nobody visited as a tourist, only businesspeople and employees of Aramco were admitted.

GETTING A VISA TO SAUDI ARABIA IS EASY

It has taken the youthful leadership of Mohammed bin Salman, known as MBS, and the realization that tourists could eventually supplant the huge financial benefits that oil has provided after the oil runs out. It’s a game plan with an eye to the future, where cars no longer need gas.

One of the hard parts about writing about NEOM is that nobody really knows the answers to the tough questions…such as, will large-scale desalination using renewable energy work? It’s never been done before.  And who exactly is going to move to this barren faraway sector of the country?  It is a classic chicken-and-egg question.

But MBS and his fellow NEOM believers point to Dubai before its massive growth in the 1970s….a desert much like this. Dubai had 800 or so residents when it was a fishing village in the 1800s.

The first hotel in Dubai was built in 1959, and when oil was discovered there in 1968, things began to heat up. Today it is among the world’s top tourism destinations.

Whether the futuristic planned city called The Line is built depends on the people who need to move there.  And it will take more than the Saudi’s own huge pile of money to build the great city and industrial zone they envision.

Visiting the Wild Sights of NEOM

But for now, you can visit some of the striking places that make up NEOM and envision it all for yourself.

The only truly noticeable aspect of NEOM that’s finished in 2022 is the road leading to it, a modern two-lane expressway that’s dotted with solar lamps and smooth new pavement. Much of the work going on now involves paving roads in the harsh desert environment.

During my visit, my guide Ahmed said he wanted to show me something. As we drove along the expressway, he suddenly made a turn to the left and we began driving parallel to the highway.

Then we turned left and headed away from the roadway. He reached down and switched on the four-wheel drive and we navigated our way through the hot desert to a giant rocky outcrop, marked by a few of the branded trash cans that are found at all of the NEOM sites.

We parked the Land Cruiser and began walking in the desert. Before too long, we arrived at the site called Al Shaq… OMIGOD!

It was a massive abyss…I peered down 250 meters and saw the gigantic canyon, almost the size of the Grand Canyon.

The Grand Canyon of NEOM

Here, in the Hismi desert, was indeed the Grand Canyon of NEOM, and despite it being one of the most dramatic views I’ve ever seen, we were the only people around for 10 miles.  The vast canyon is about 80 kilometers long and goes farther than you can even see.

Ahmed pointed back toward the highway. “The high-speed rail line will be built near here, and over there is one of the airports that will serve NEOM.  The planned city, known as The Line, will begin its 170-kilometer length, right here,” he said.

The canyon is so deep and so long that it is scary just standing next to it. That’s a long way down!

NEOM is famous for arches that resemble Arches National Park in Utah. The Great Arch is a natural arch of sandstone in the Hisma desert, known as the Hisma Arch.

Though the desert is flat here and shepherds still manage their herds of goats and camels, the Arch is up on a hill and takes a hike to reach.

We met a shepherd from Africa and my guide passed him along a bar of chocolate.  He herded goats and was friendly as they chatted in Arabic.

NEOM is Also a Green Oasis

Another morning excursion took us north on the winding road along the Red Sea from my hotel passing by the rugged coastline. We went through a few checkpoints manned by friendly uniformed soldiers and we finally arrived at Wadi Tiyep Asm, a green oasis that emerges through two massive mountains.

The telltale green belied the stream that ran through the oasis.

We began hiking toward the spring’s source. High red cliffs rose dramatically on either side as we hiked, and it was noticeably cooler here than just 100 feet away in the desert.  You could hear birds chirping as they flitted in and out of nests built high up in the rocks.

It’s a spectacular canyon and you can be assured that like us, you will be the only visitors here.

Learn more about NEOM and plan your own visit. 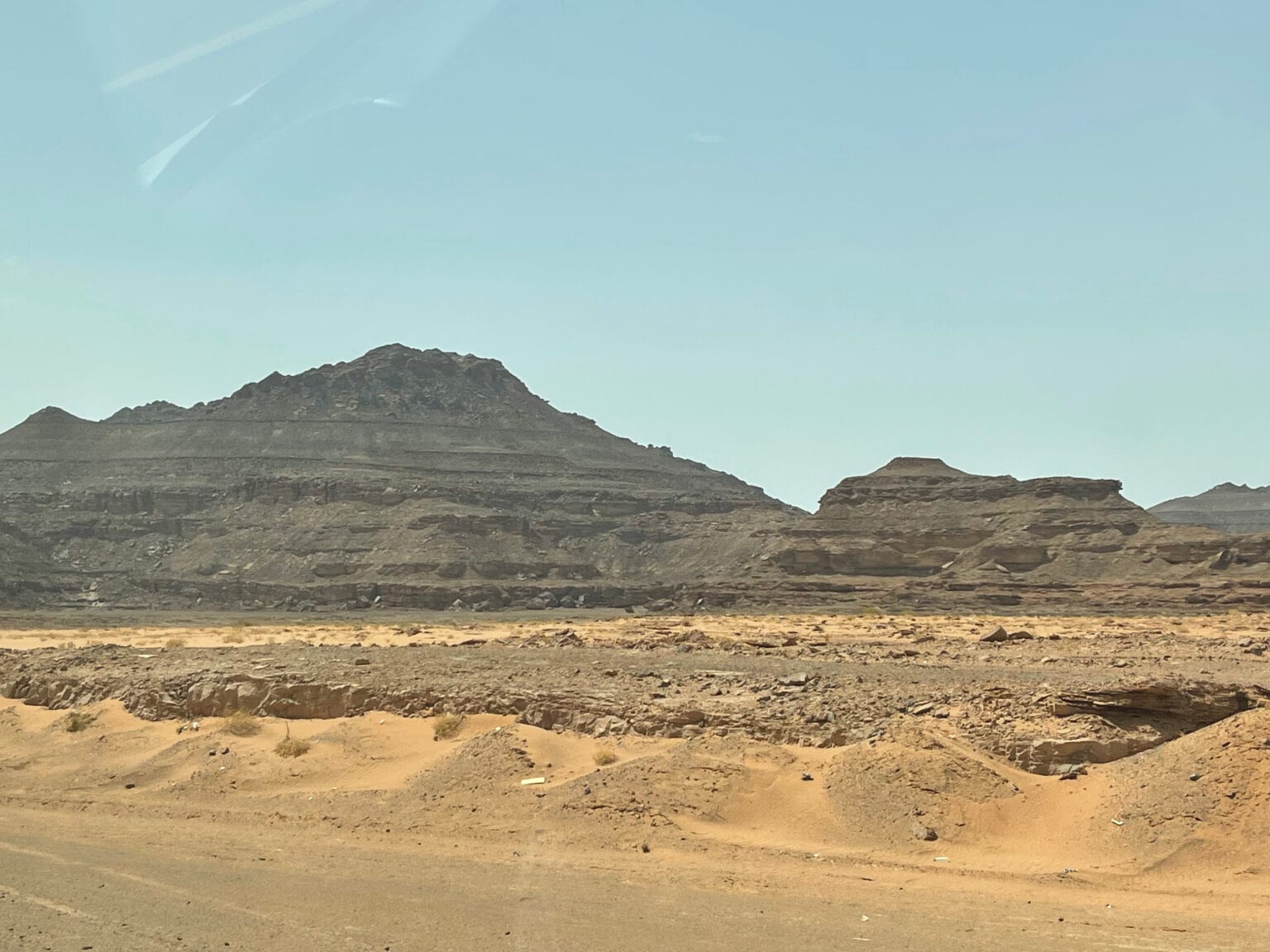 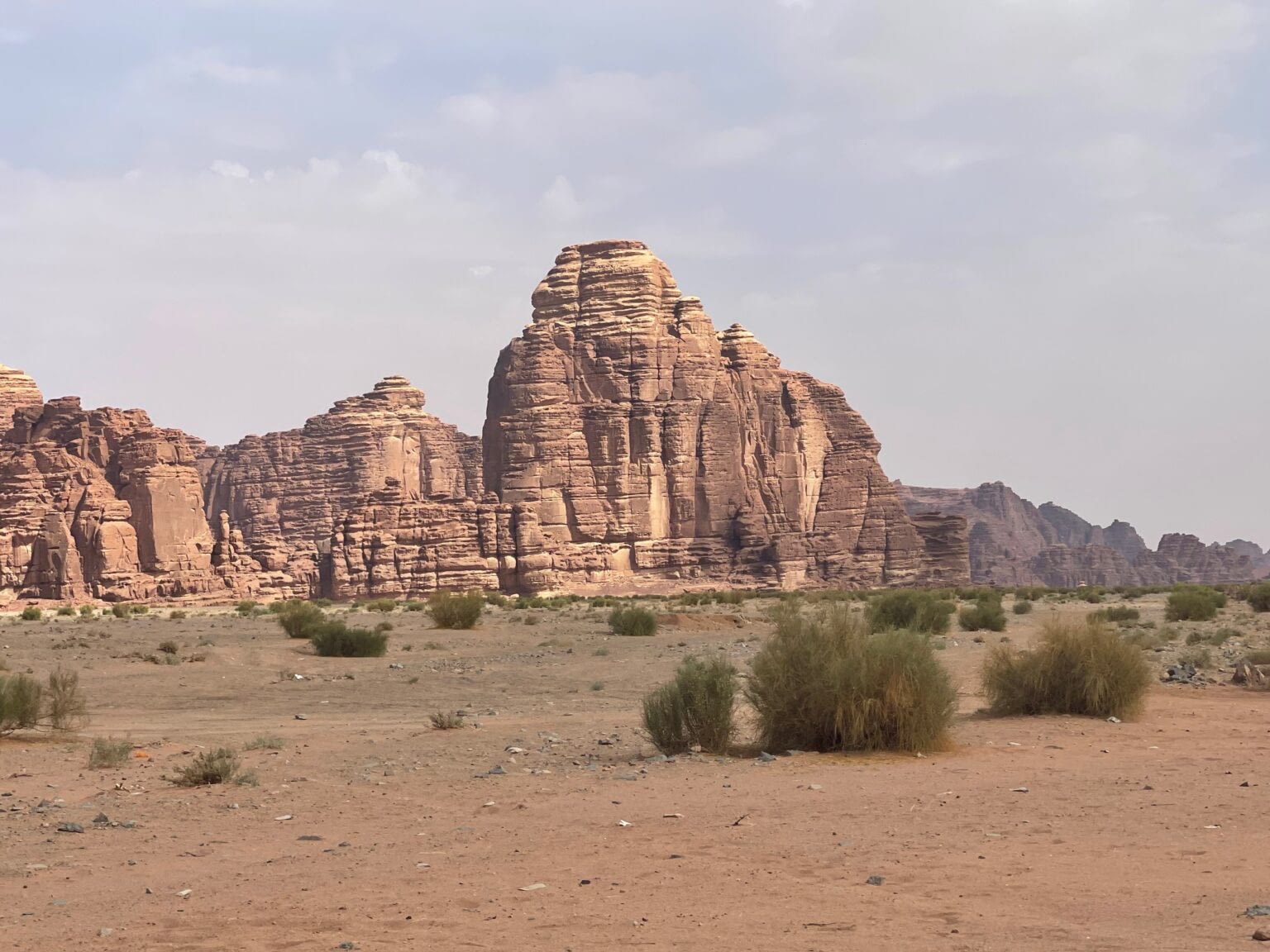 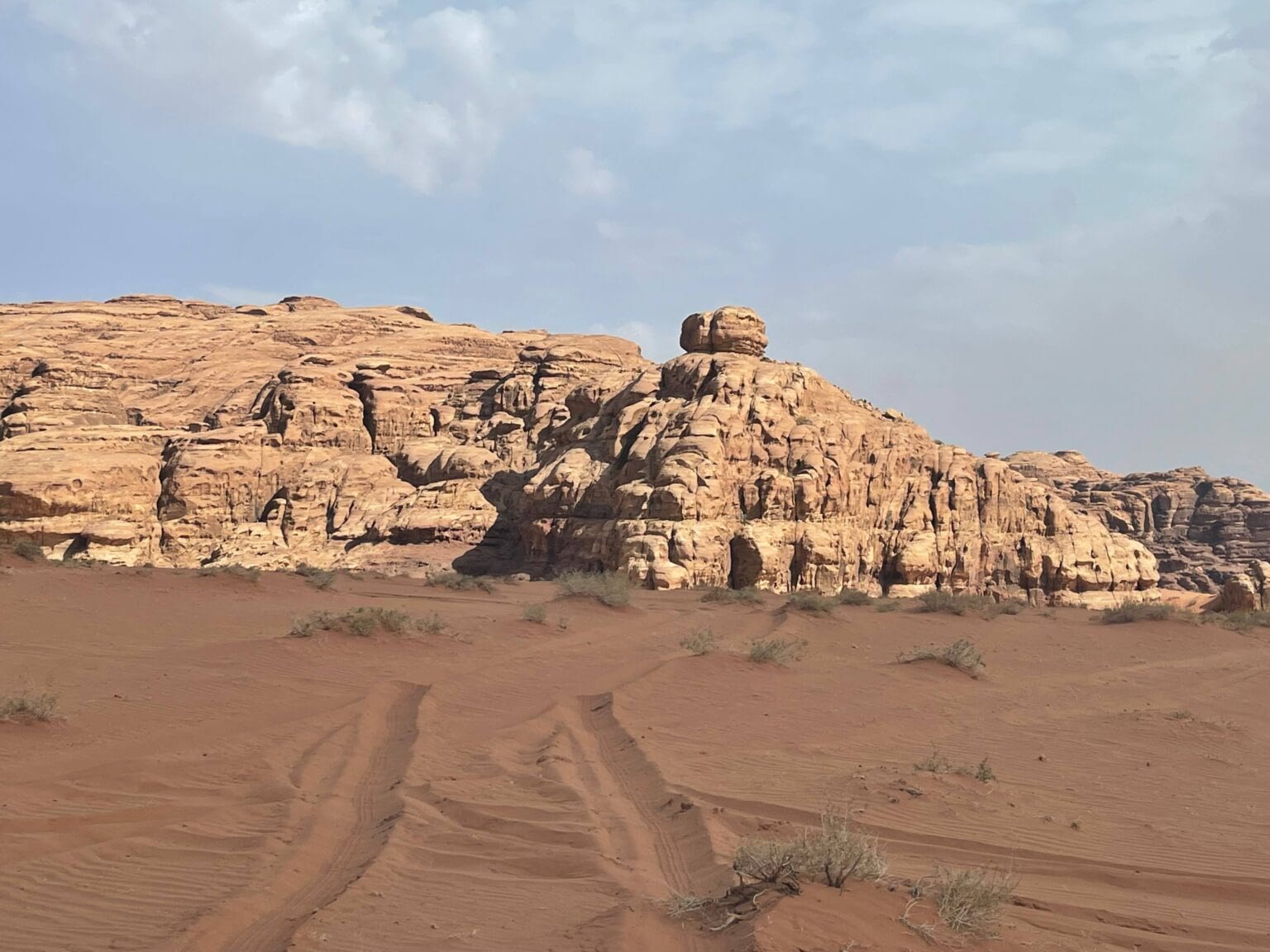 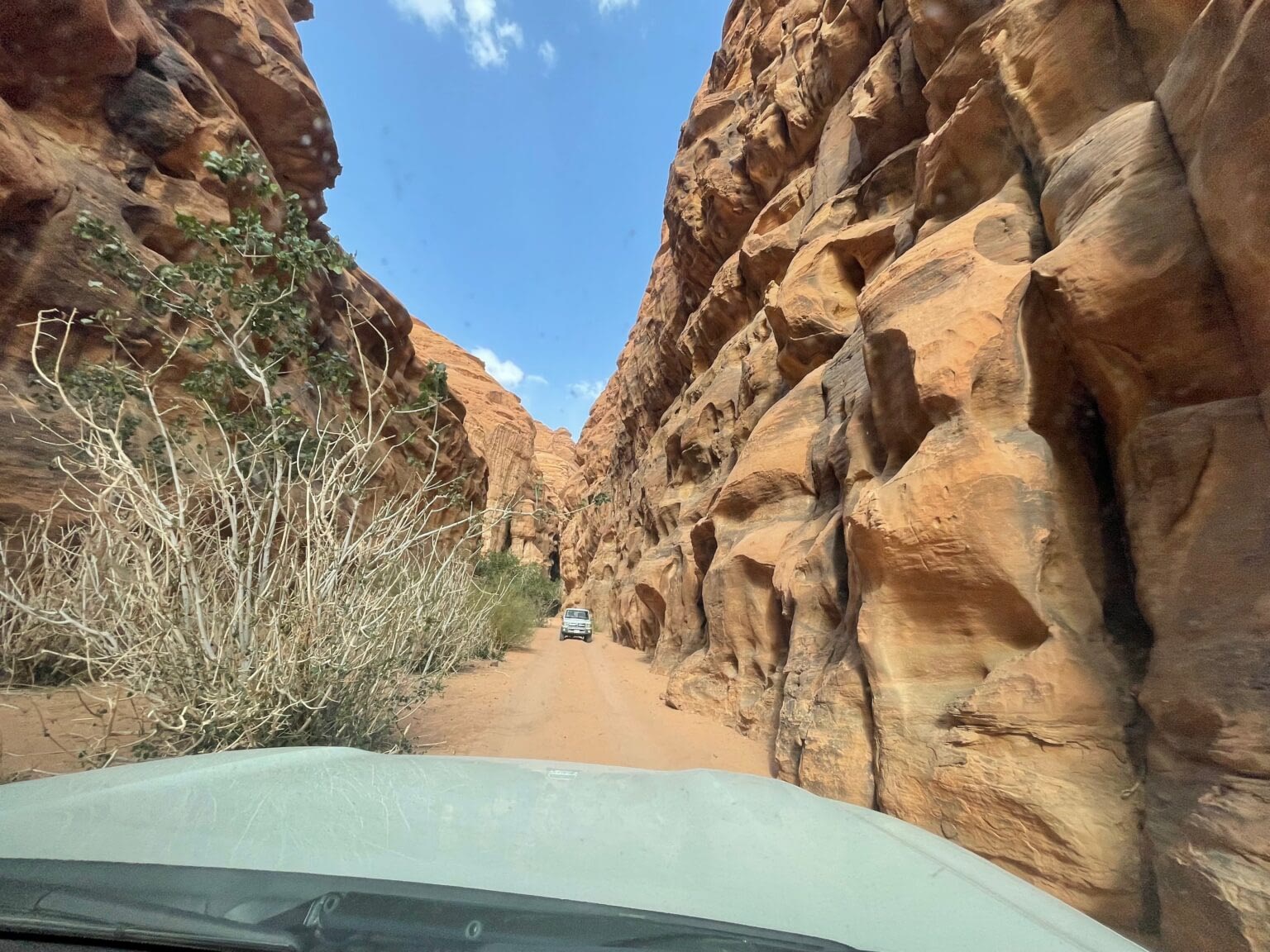 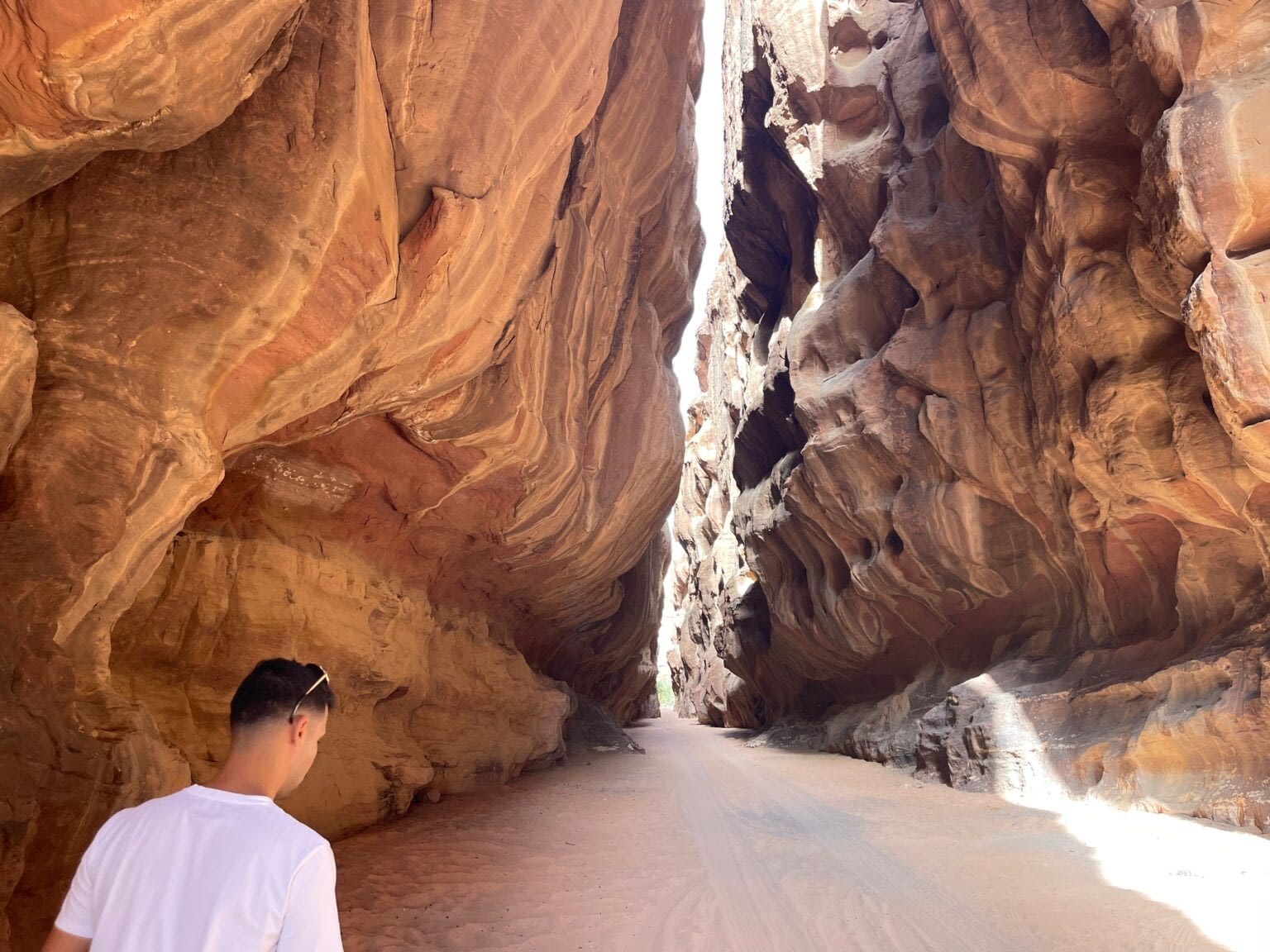 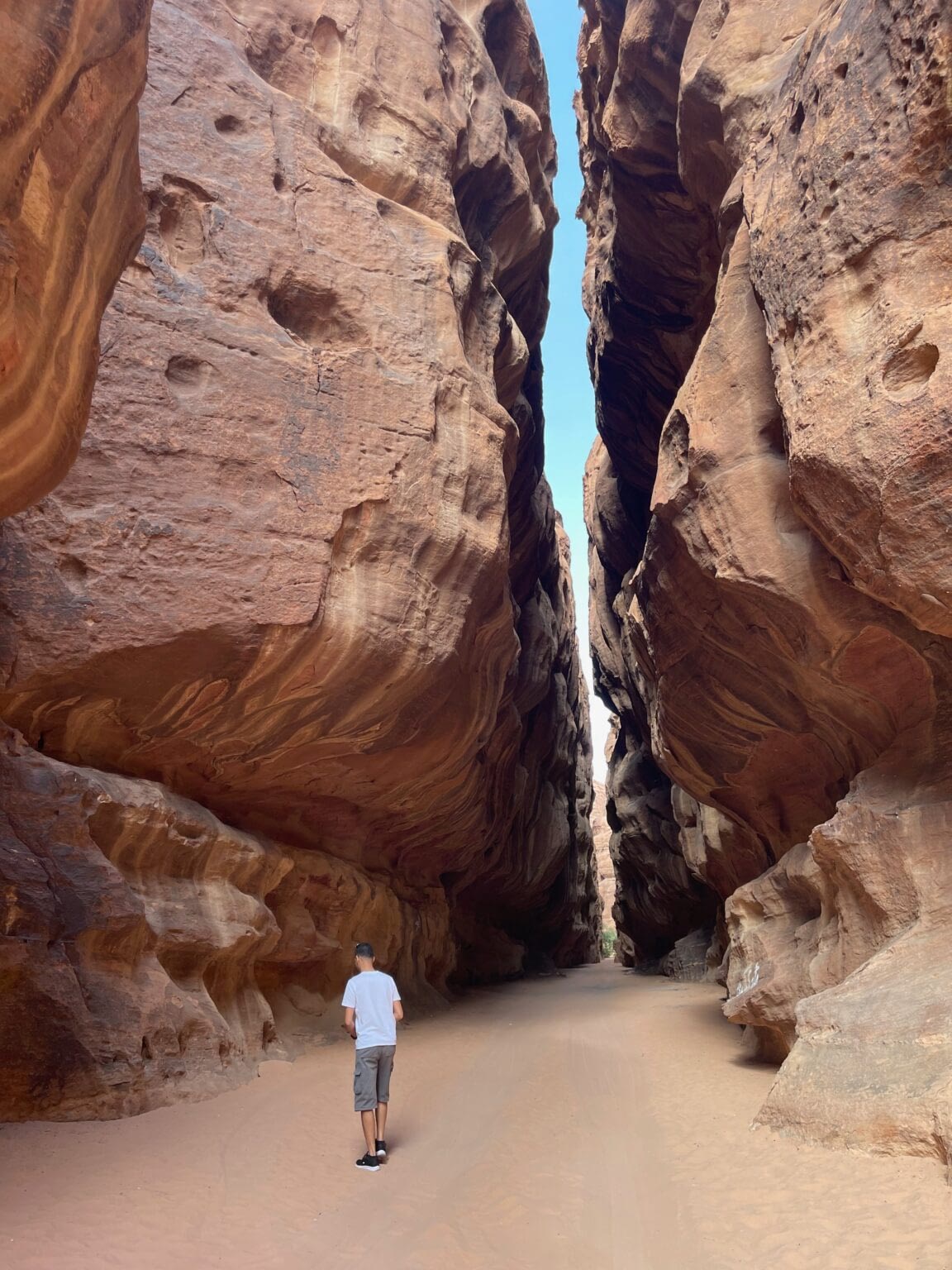 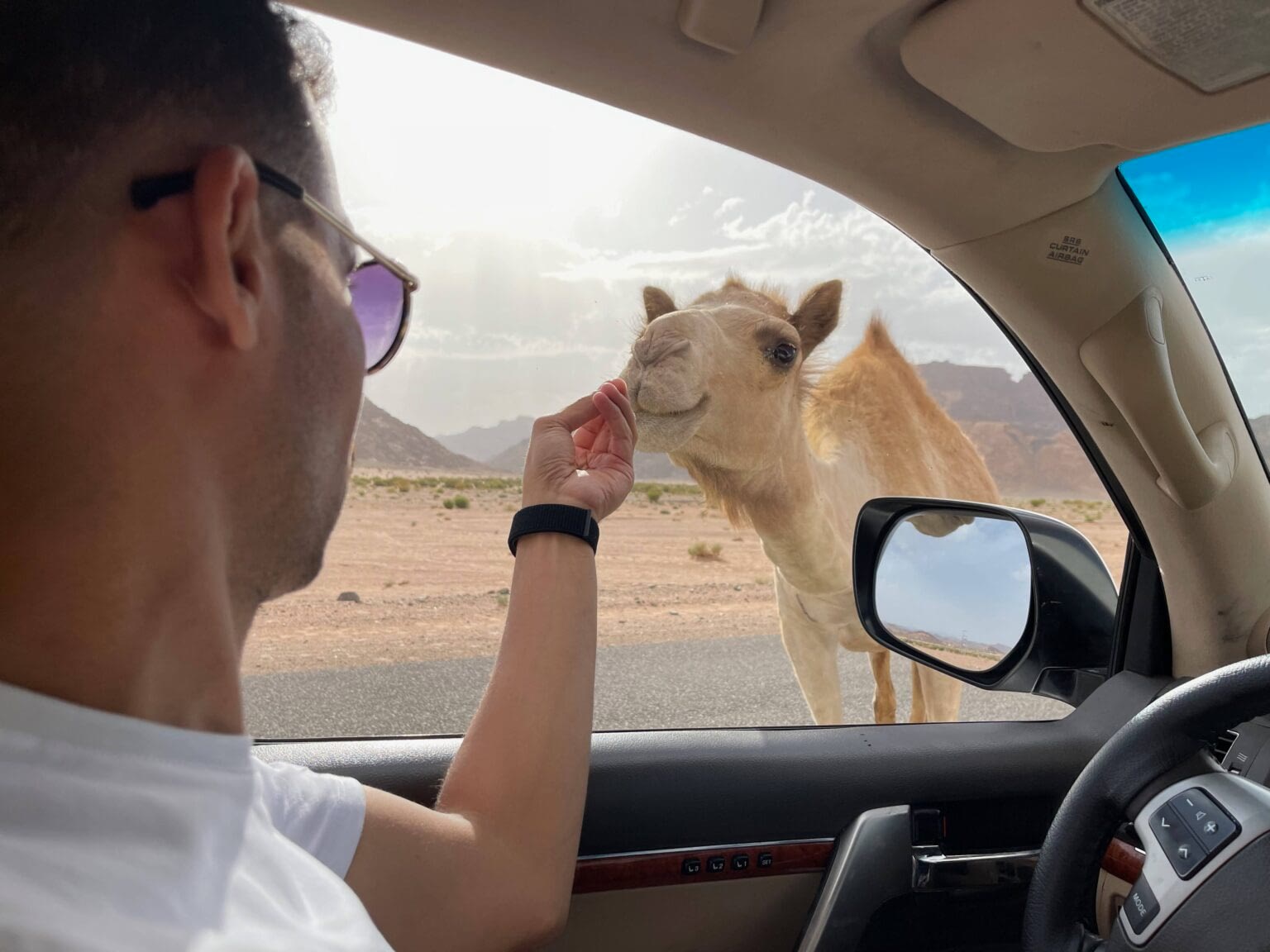 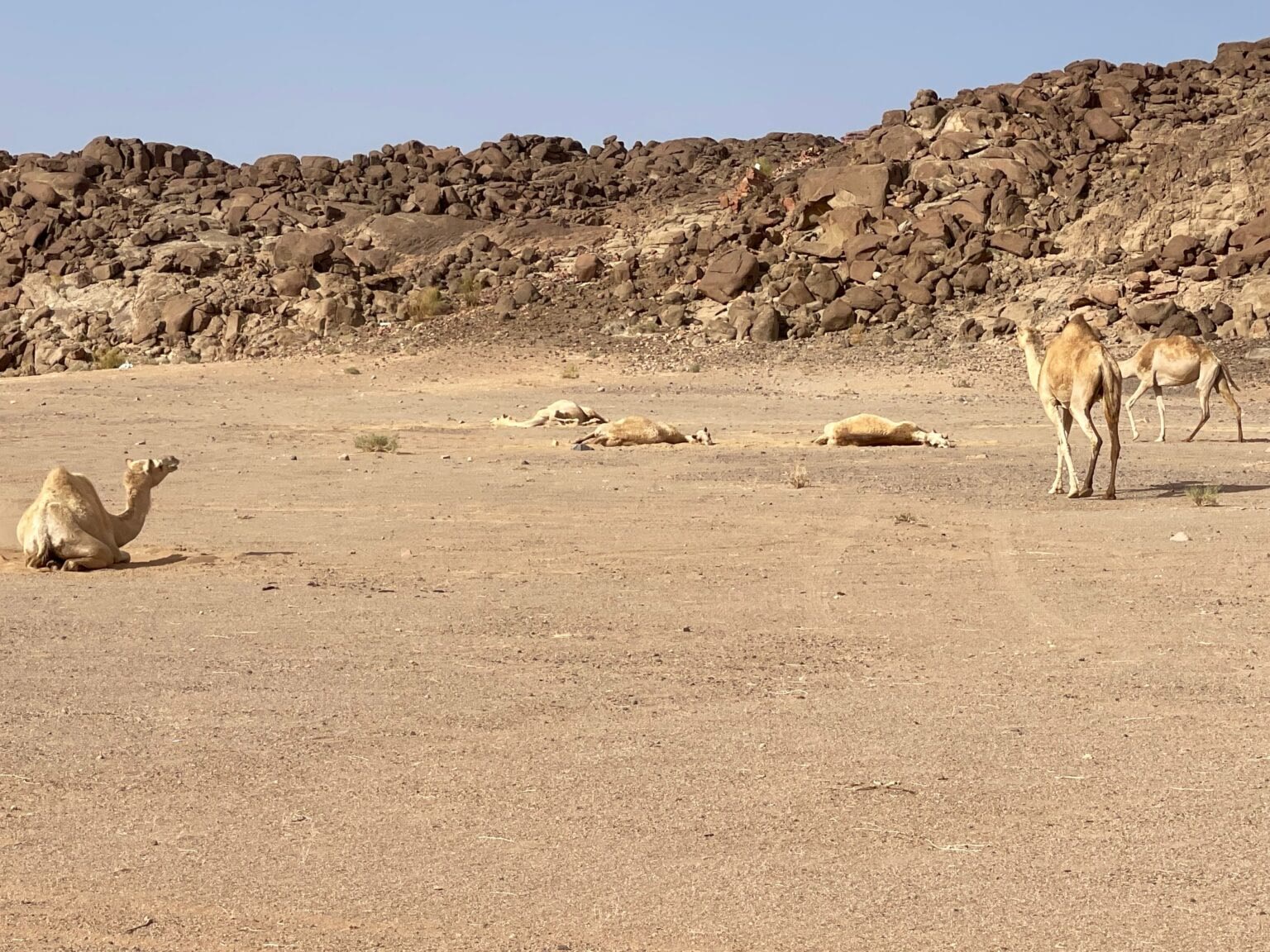 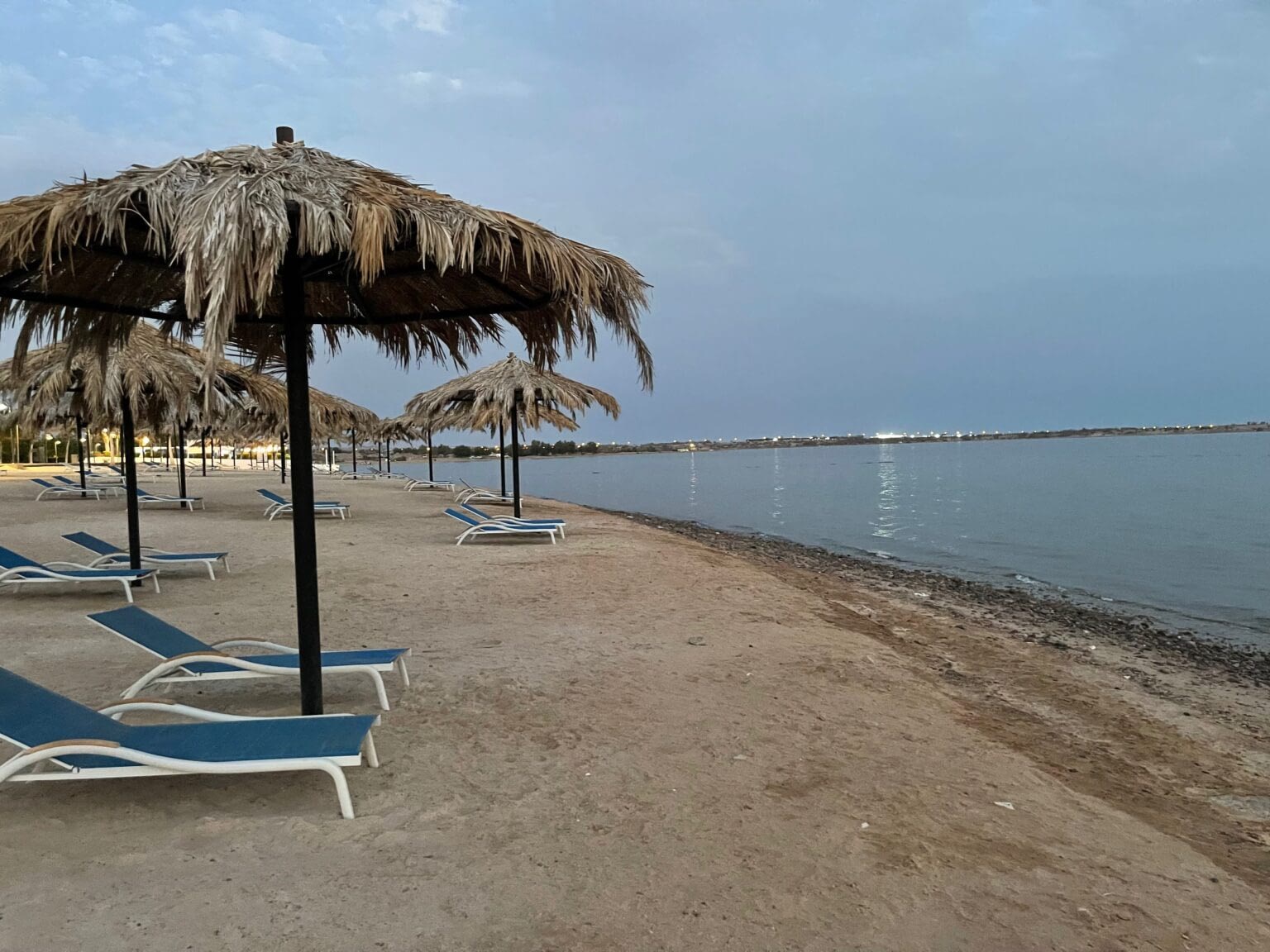 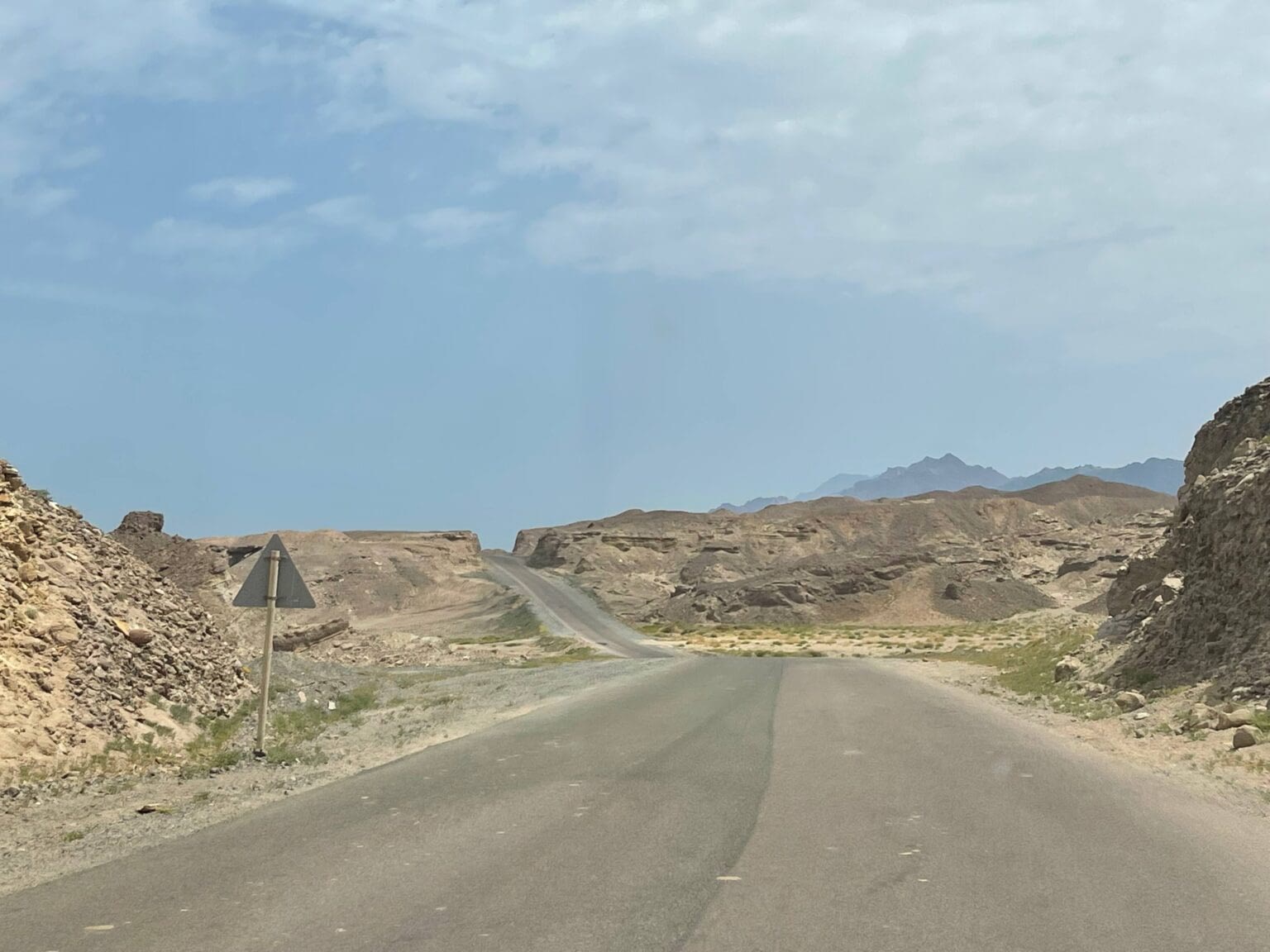 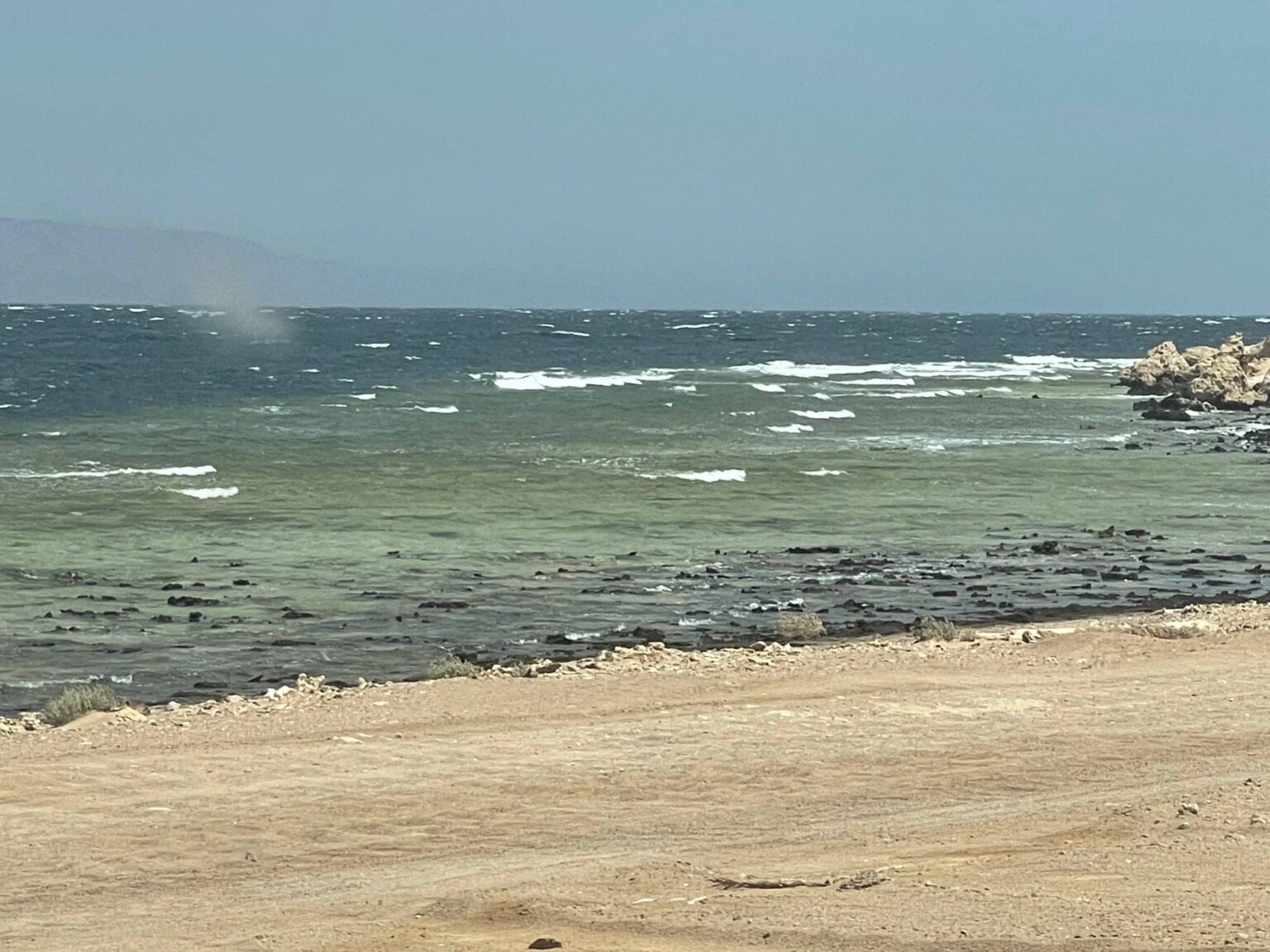 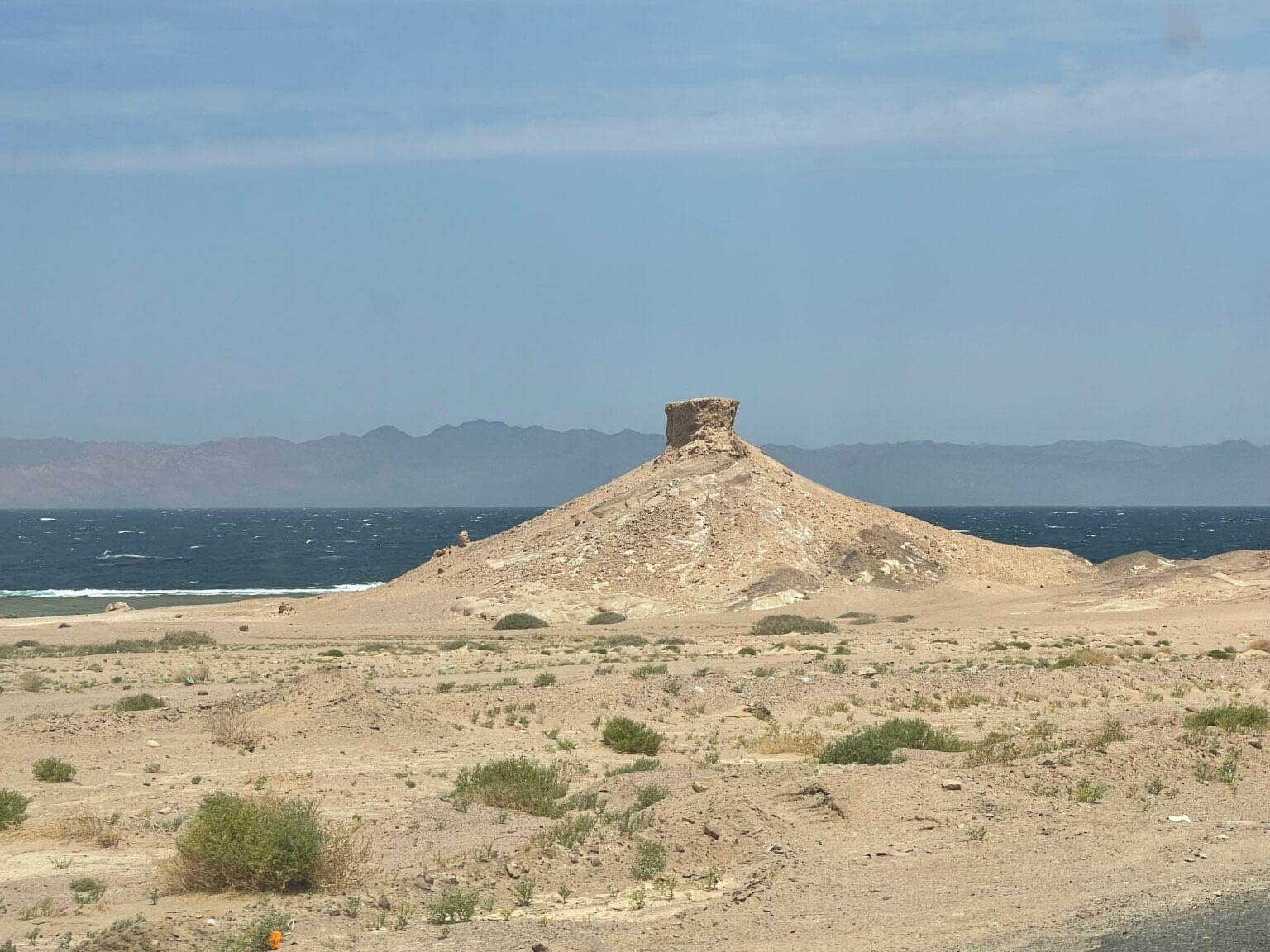 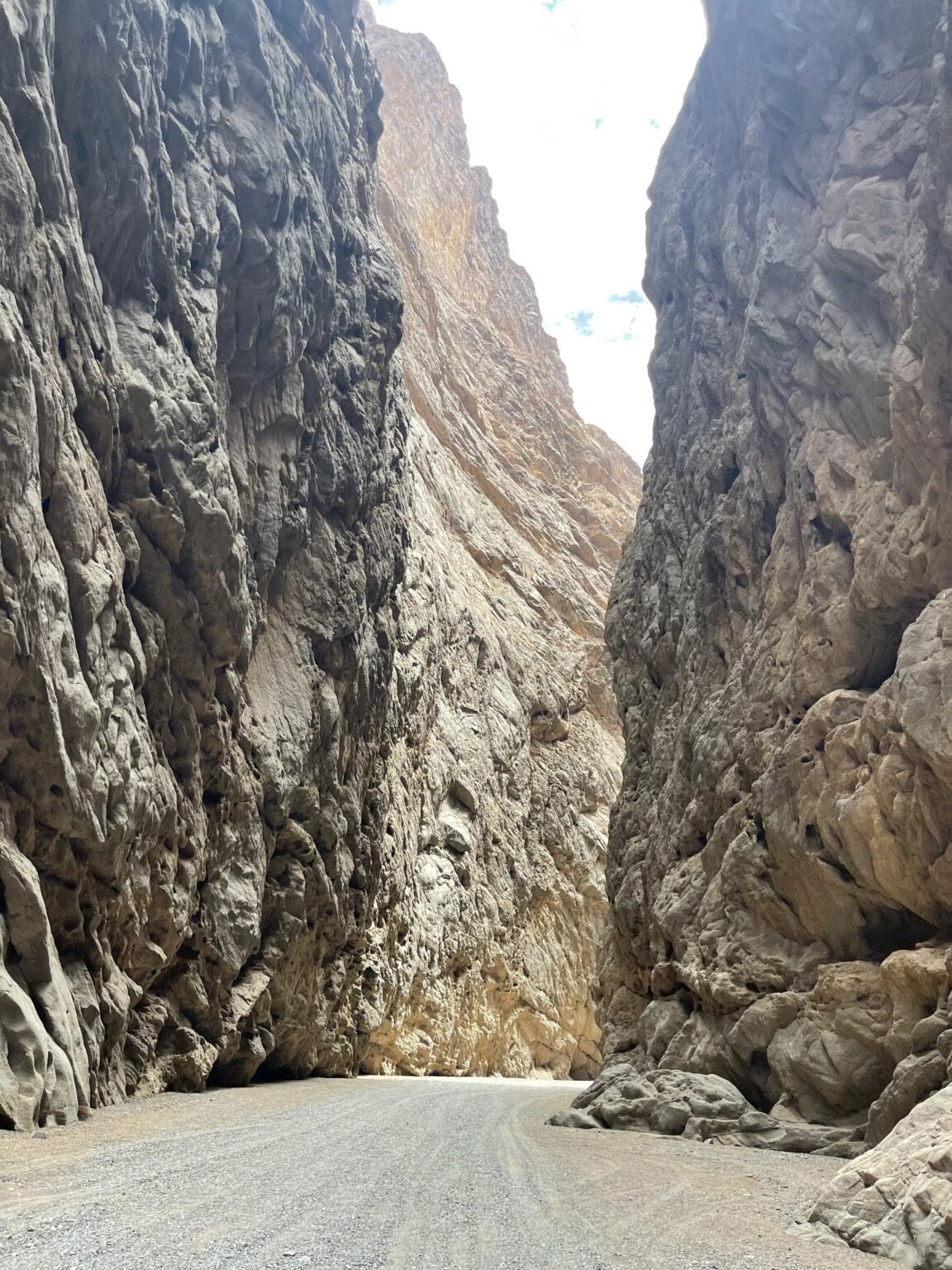 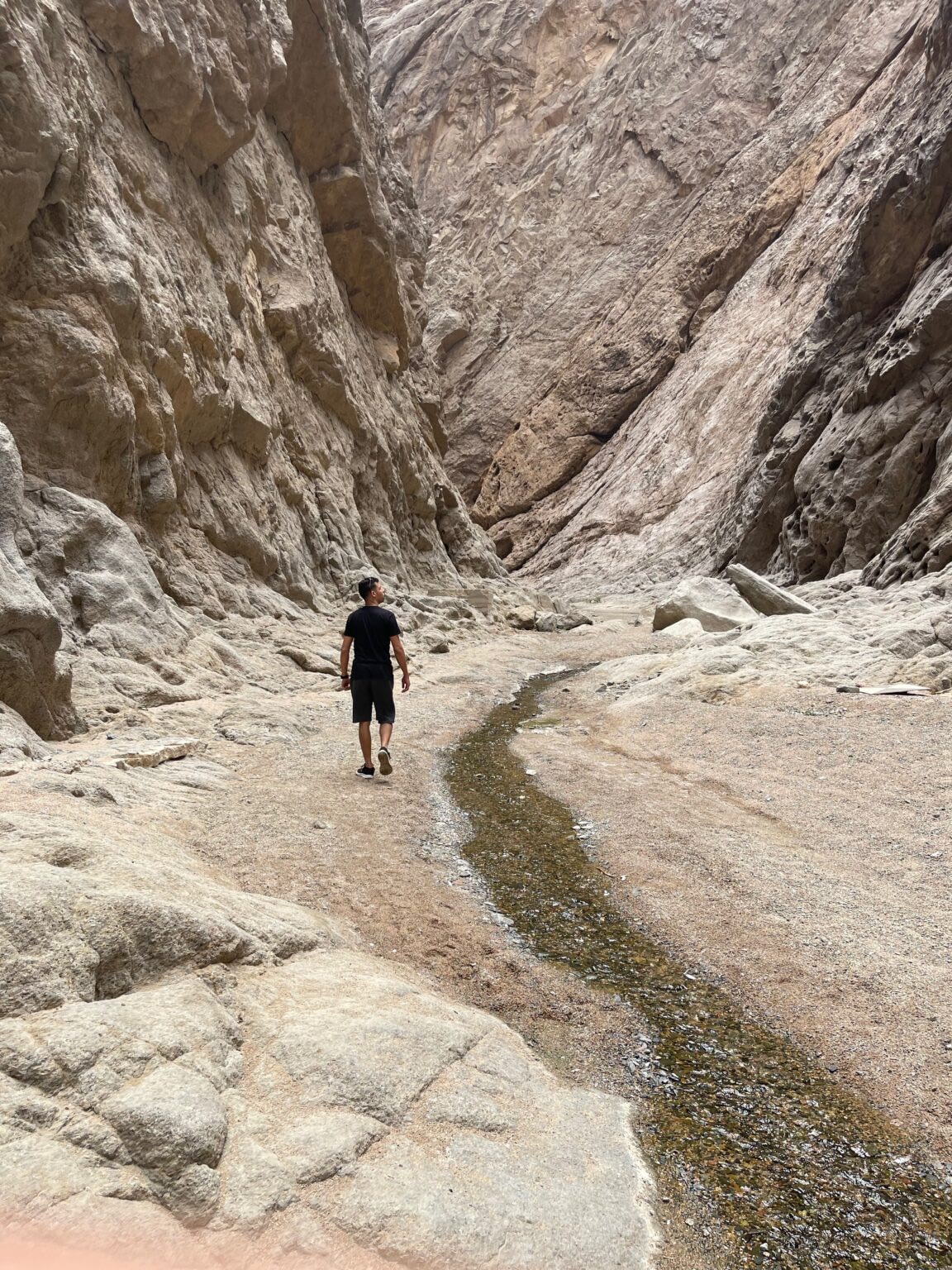 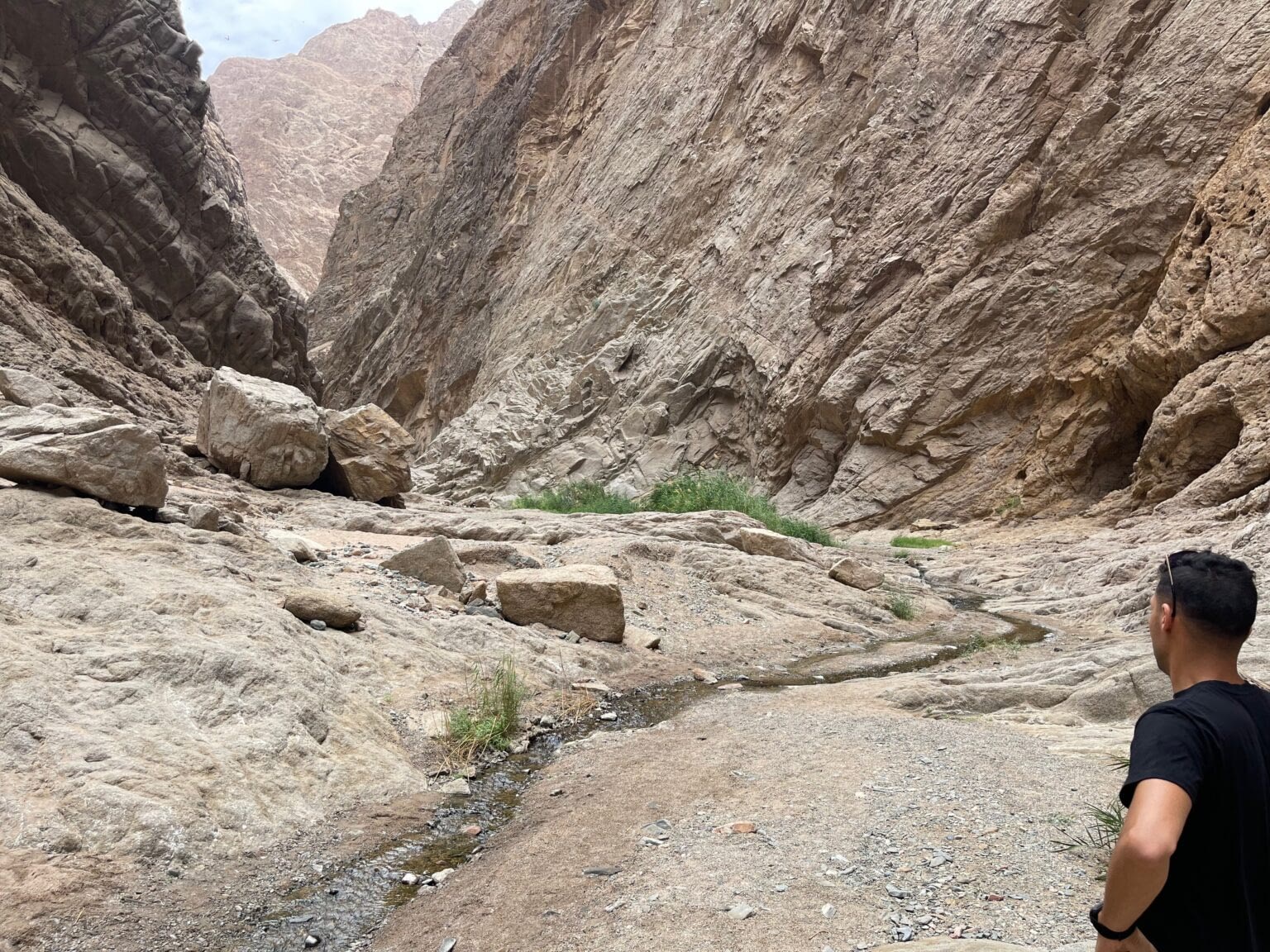 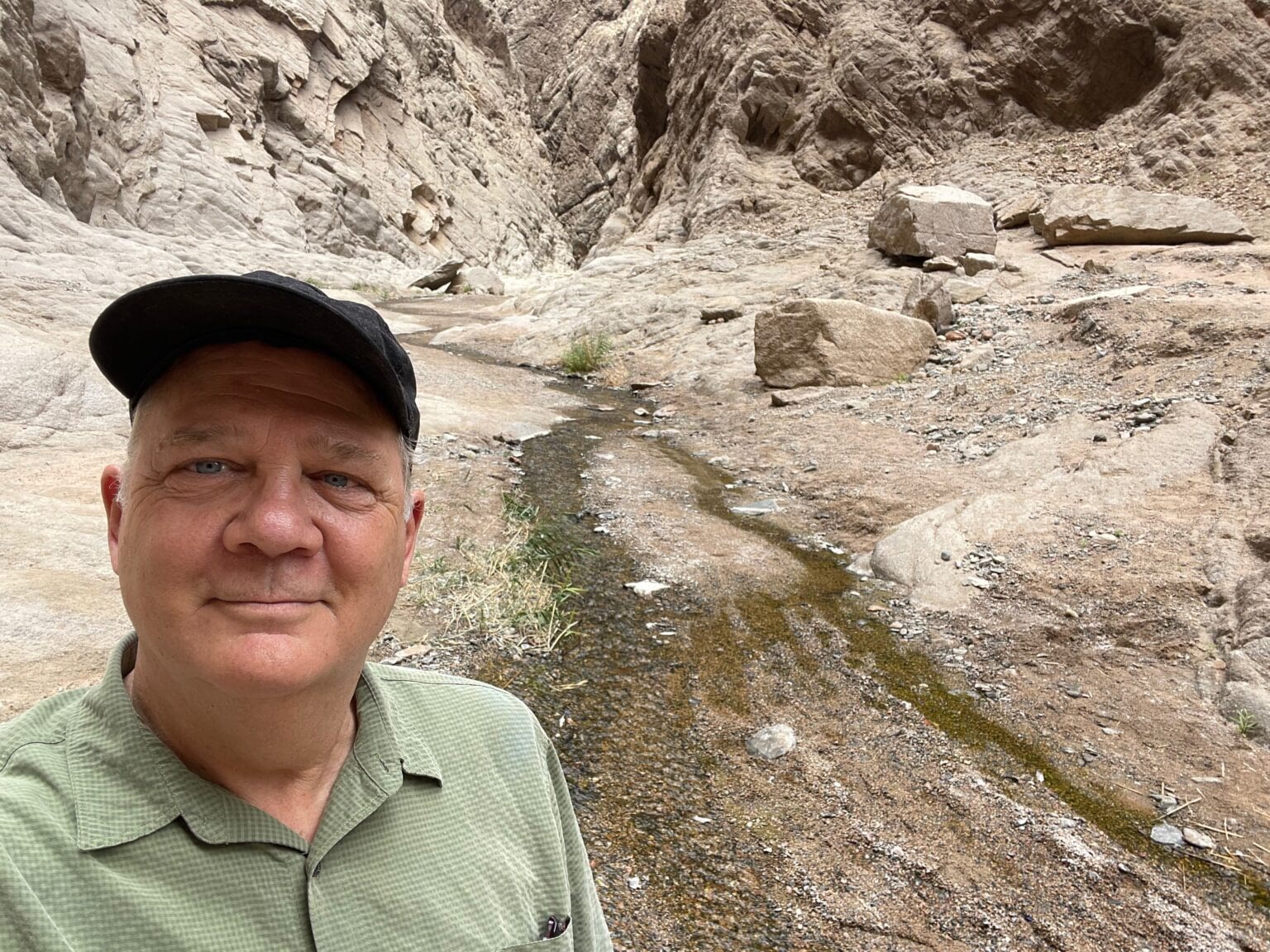 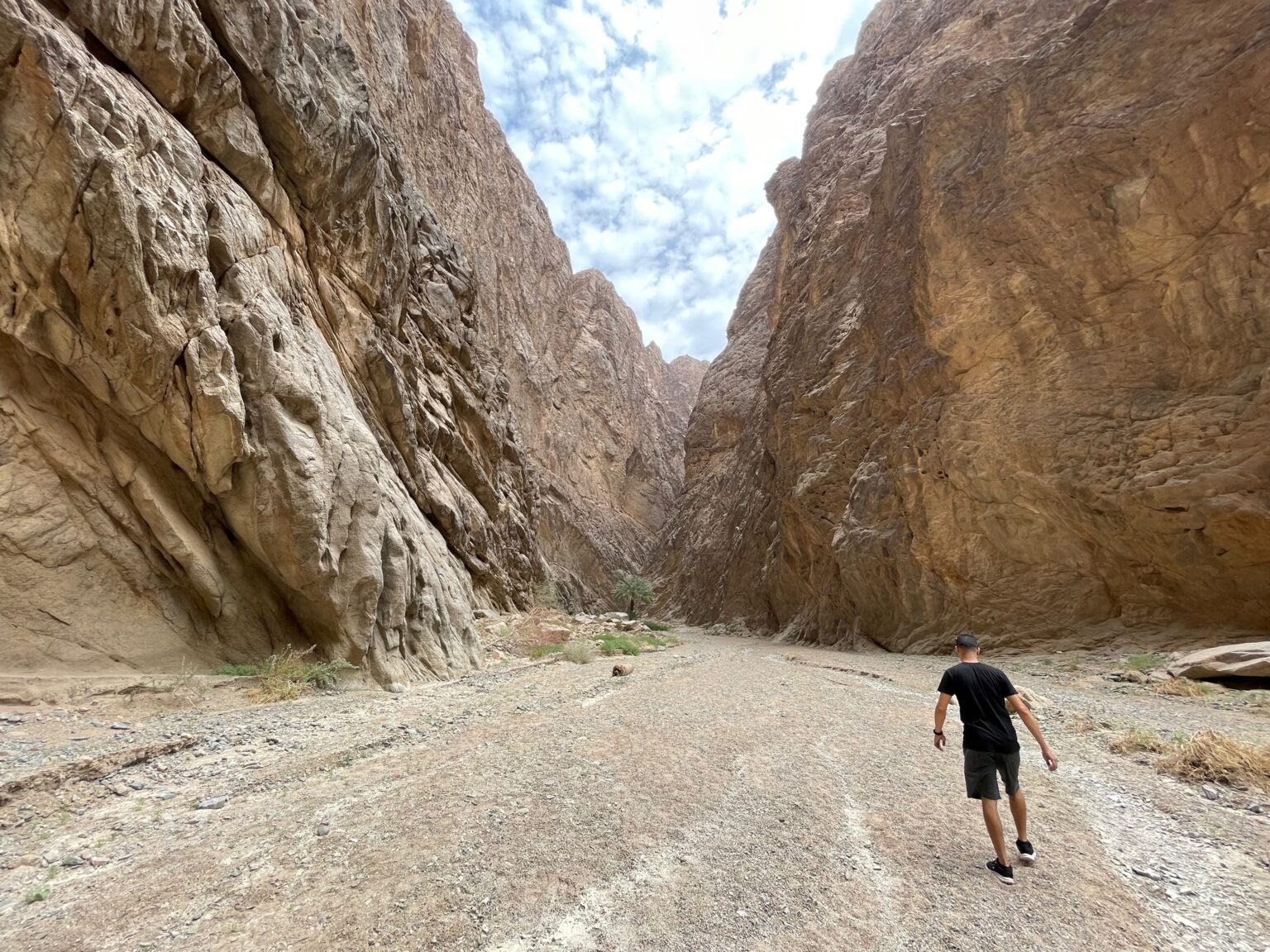 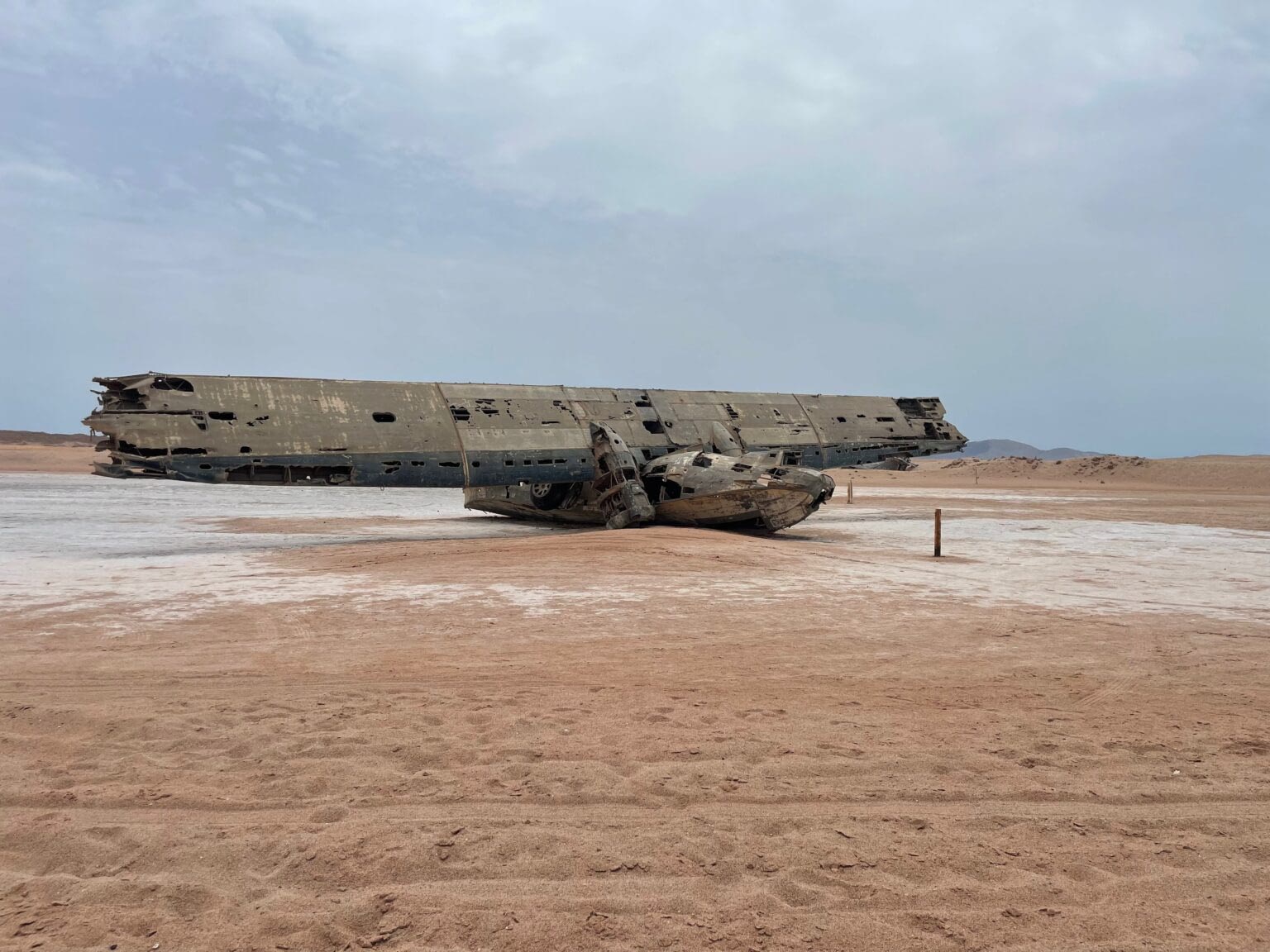