In a city as creative as Cape Town, fine art finds its way everywhere — from hotels to cafés to wine estates to boutiques and the streets. It’s a creative cauldron with many of the locals testing new concepts, whether it be the arts in its purest form, or creative business models.

It has everything a prosperous art capital could need: booming art schools; a flourishing gallery scene in unique enclaves; a high concentration of serious buyers; and endless sources of inspiration.

The art scene in Cape Town has always been hot, the rest of the world is only recently woken up to the fact.

Given how much Africa has to offer, it’s no surprise an institution like Zeitz MOCAA Museum of Contemporary African Art came along.

Likened to London’s Tate Modern, New York’s MoMA, and Madrid’s Museo Nacional del Prado, the museum got the attention of the global art community in 2017, when showcasing many of the continent’s standout artists under one iconic roof.

While development swept through South Africa’s oldest, and eternally buzzing, working harbor, a few heritage buildings on the Waterfront remained untouched. So, when deliberating the fate of a former grain silo, it was a given that this would become something special – an art gallery.

Set against a backdrop of Table Mountain, the Zeitz MOCAA’s, carved out of the 10-story cement grain silos it once was, is a sight to behold.

South Africa art is of the highest standard and the concepts are topical and relevant to issues that affect the country.

Think politically charged photography and sculpture, and mixed-media installations encompassing a range of contemporary issues affecting the continent, from war and famine and violence against women, to postcolonial identity.

Occupying the six floors above the Zeitz MOCAA is the best city hotel in Africa – the 28-room boutique five-star Silo Hotel.

It’s built in the elevator portion of the historic grain silo complex and has dramatic outward bulging glass windows. At night the building is glowing lantern, a beacon in the harbor.

Adorning the lobby walls is the ‘Ditaola’ series by Soweto-born artist Mohau Modisakeng. His symbolic work is entrenched with South Africa’s political history, supplying themes for segregation, oppression, and violence.

Then there’s Jody Paulsen’s veldt montage ‘Must be the Rain’ and ‘So Exotic’; and Frances Goodman’s ‘Blue Velvet’ and ‘Hooded Lady I, II & III’ – made from sequins sewn by township men onto canvas.

And behind the lobby desk is a vibrant fantastical piece by Hogsback artist, Athi Patra Ruga. To the right of the elevators is a magnificent photograph by Zimbabwean artist, Kudzanai Chiurai, depicting tribal women in power.

On the lobby desk is a mask created from urban debris and discarded or obsolete technology, by Nairobi-born Cyrus Kabiru, including three eye-wear self-portraiture images opposite the elevators.

The dramatic art theme is not the only feature to be admired at The Silo. Almost every piece of furniture has been hand-crafted.

Among the eclectic and whimsical design of the Willaston Bar and the Granary Café are pieces by Pierre Carl Vermeulen, Georgina Gratrix, Kudzinai Chiurai and photojournalist Pieter Hugo’s thought-provoking Hyena and Other Men photographs.

Whether you’re browsing the industrial corridors of the former silo that’s now the Zeitz MOCAA or walking the streets in Cape Town, you’re sure to be surrounded by dynamic local art.

Juma Mkwela of Township Art Tours introduced me to Woodstock, a neighborhood brimming with striking murals by street artists from around the world.

While you’re strolling through the residential side streets, he points out larger-than-life murals by South Africans such as Faith47, one of the world’s best-known female street artists.

Other famous artists are Falko One,who paints many a pastel wildlife scene; and Nardstar, best known for her color-blocky paintings of wolves.

Nearby, in Observatory, is The Bijou Press a collaborative workshop space. 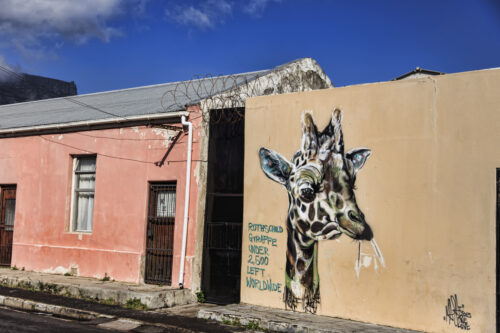 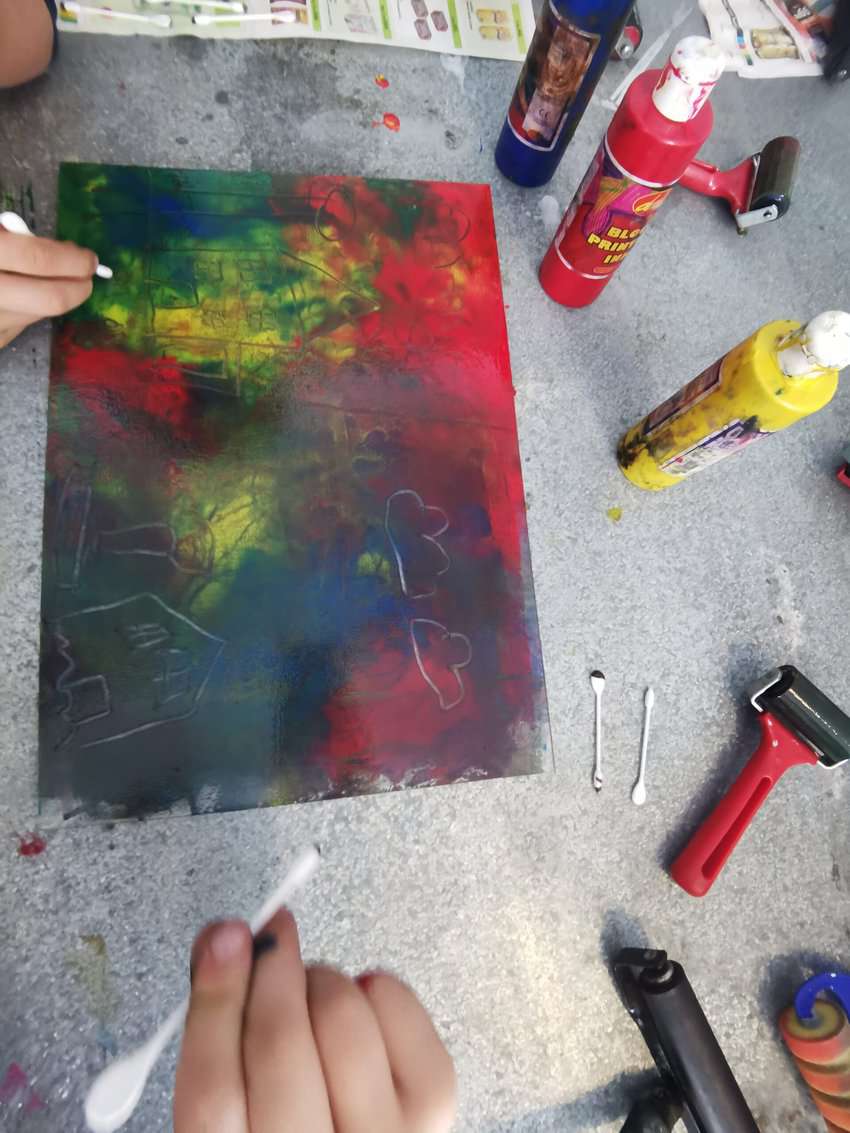 It’s also a proper printing studio which trains young artists. When arriving in Cape Town, be sure to do so with a large suitcase and few belongings, leaving plenty of room for art essentials to take home.

But, be warned, when purchasing wood-based products they need to be fumigated before transit, otherwise you’re at risk of having them confiscated by airport customs.

There’s a courier company I recommend on the Waterfront, Excess Luggage, who’ll take care of all this and collected the art from your hotel, fumigate your wood items, then airfreight it to their destination.

Explore more at South African Tourism. The author’s travels were sponsored but the opinions are her own.