It’s the city of soul, self-proclaimed, yet earned. The blues live on in Jackson Mississippi.

This capital city teems with authentic pockets of old-time blues clubs. And most of them are HUGE, set up in former warehouses and packing plants where there is always plenty of room for dancing.

It all adds up to a destination that will surprise and delight you, and you’ll learn something too.

After spending four April days in Jackson, meeting so many people who make music, cook incredible food, and are innovating and making art, I came away with a new appreciation for this least-visited deep south state.

The population is just 152,000 in the city of Jackson but 500,000 in the outskirts of the suburbs. It’s been losing residents over the years, for a variety of reasons. This problem is state-wide, and one that Mississippi desperately wants to solve, they call it the ‘brain drain.’

No Fear During my Visit

I never felt afraid in Jackson, and there are many more reasons to visit than to stay away. You’ll read below about this city’s remarkable museums that explain the history of slavery, of civil rights taken away and restored, and about the blues music and food scene that’s right up there with Nashville or Memphis.

Jackson: A Center for Civil Rights

Jackson’s place in the pantheon of important places for the struggle for civil rights cannot be challenged.

This is where so much of the terrible history was written, beginning way back, with the city’s namesake, President Andrew Jackson, who in the 1820s forced the native Choctaw Indians to disperse so that American settlers could take their land.

It was a planned capital, they chose the spot in the center of the state next to the Pearl river in 1821.

Bleiberg is the editor of Civil Rights Travel, a website that focuses on the fascinating story of the challenge of civil rights in the United States. For any study on this topic, The Mississippi Civil Rights Museum in Jackson should be your first stop.

One of the city’s civil rights epicenters is the Medgar Evers home on a quiet side street where the black leader and organizer was murdered in June 1963.

The tour of the home, now a National Historic monument called the Medgar Evers Home Museum, provides details on how this friend of Martin Luther King Jr and advocate for voting rights and better treatment of black people lived and tragically died by a racist’s rifle shot.

Over our four-day visit, we’d visit many important civil rights locations, beginning with the Council of Federated Organizations, or COFO, where we got a chance to listen in on Professor Robert Luckett talk about the dark days when Freedom Riders descended on Jackson from up north to protest segregation and advocate for black voting rights.

The terrible history of the struggle of African Americans here is well documented in this fine museum that was paid for by the state, the MississippiCivil Rights Museum, which is the same size and is located next to the Mississippi Museum of History.

These are two museums that are truly worth visiting for several hours, and I was glad we got enough time to let it all soak in.

In the history museum, we toured the dioramas and read about the development of cotton plantations and timber that almost wiped out the resource. It was so badly depleted that it took years to come back.

The Civil Rights Museum hits home by providing so much information about the complex path, and the many stops and starts, and even provides a chilling soundtrack in one room of the voices of racists, and what it was like to live under segregation and the Jim Crow era.

The Lives of Slaves at Smith Robertson

Another interesting museum about African American life in Jackson is the Smith Robertson Museum and Cultural Center, where the origins of slavery and the lives of slaves and of the first black people in Mississippi were like.

You can step inside a replica of the cramped quarters of slave ships that slaves had to endure for two months on their way to America from Africa.

Manager Gwendolyn Harmon told us that often, the young African-American school children who visit the museum have no sense of where they are from.

These chilling exhibits answer the question for them.

I stayed in a beautiful old hotel with a cute backyard garden patio. The Old Capitol Inn used to be a YMCA. It’s got solid bones and it’s right downtown. But because Jackson is the state capital, the downtown is hard to describe.

There are many blocks without many stores, there’s not really anything in the vicinity of the hotel like a little store or drugstore.

Some parts of the city are very run down, the poverty jumps out you as you drive on potholed roads past derelict shacks and abandoned factory buildings.

It was especially sad to see Farish Street, that in the 1940s was a center for black businesses, today all but a few are broken down and abandoned, with the streetlights showing how nice this part of town once was. They’re just empty now.

The distances between places in Jackson are long, cars are how you get around, and to get to one new neighborhood, Eastover, you have to jump on Interstate 55 for a few minutes.

What we found in Eastover was a gathering of locals enjoying music in a pretty circular park, outside a bustling big building called Cultivation Food Hall, where a dozen different restaurants offer Mexican, Japanese and bbq fare, and the guests sit at big communal tables where you can get to know people. Of course, the bar offers everything from craft cocktails to local microbrews.

A young African American woman joined our group as soon as we arrived, sharing her story as a budding crypto entrepreneur in the city–they had a business social going on the back and that’s what brought her to the food hall that evening.

We filled our glasses with chardonnay and craft cocktails from The Gold Coast, and visited the stalls, enjoying fresh sushi from Ohashi Sushi, tacos from Yo Mamma, and savory ramen from the next stall. A great scene!

Yolanda from the city’s tourism bureau said that one of the things that really sets Jackson apart is the music. It’s a home of the blues, The City with Soul, and there are blues clubs all over the city. The only catch?

At one classic hole-in-the-wall joint on Farish Street called F. Jones Corner, the music doesn’t start until midnight. The quote written on the wall there says there’s not white there’s not black there’s just blues.

I remain too old to stay up that late.

We took in some good blues at a club called Hal and Mal’s, like so many others it’s huge and there’s plenty of room for dancing and a long bar.

Fondren Fun at the Apothecary

Another Jackson neighborhood that is upscale and happening is called Fondren.  This area is filled with interesting low-slung buildings and in one of the buildings is a drug store that houses a speakeasy.

It’s called the Apothecary and there is only a little sign advising passers-by of the fun that awaits inside.   We combined our trip with bowling at Highball Lanes, always a good time even with frequent gutterballs.

We passed through Brents, the former drug store that still looks like a 1950s old-fashioned drug store, and in fact, was used during the filming of the movie “The Help” that was written by a Jackson author Kathryn Stockett and filmed in the city.

We passed by the signs for Cadbury Cream Egg floats and reached the door at the back, entering a cool windowless room with upturned lamps, a big bar, and friendly staff who make craft cocktails, including their own syrups, and no beer. This is a definite must-visit on any nighttime visit to Fondren.

Jackson does have significant problems with a high crime rate and a persistent issue with the clay soil that cracks pipes and has caused sewage to pour into the Pearl River.

But like many U.S. cities with high crime rates, for most people who visit, it’s not something that affects them.

If it did, southern tourist capitals like New Orleans and Baltimore would be ghost towns. They are certainly not. It’s true.  Most crime here consists of criminals shooting other criminals, it’s not something that has an impact on most visitors.

One of the true treasures that makes Jackson proud is the legacy of Pulitzer Prize-winning author Eudora Welty, who lived in a cozy home crammed with 3,000 books in the Belhaven neighborhood.

Watching the short film about her long (91 years!) life and hearing how people felt about this prolific and talented writer, reader, and lover of Bourbon made me wish I could have met her. Her home and gardens are a must-stop for anyone who loves great writers.

Welty just had a marvelous life, filled with book awards, travel all over the world, and despite all the acclaim she never let it go to her head…in fact, the only award you can spot when you tour her home, where books cover every surface, is a small statue awarded to her as a reader of suspense novels!

Blues at the Iron Horse Grill

One thing that’s almost taken for granted here in Jackson is the blues. It is a part of so much of life, and so important to people who live here.

At the Iron Horse Grill, a sprawling former meatpacking plant, we walked up to the second floor where private parties are held and discovered their shrine to famous Mississippi blues musicians…a Hall of Fame complete with memorabilia and wax figures of people like Howling Wolf, Muddy Waters, and Jimmy Rogers.

And it was not just bluesmen, as Brittany Spears (born in the state) and Faith Hill were also upon the walls.

When our table was ready we were happy to be seated right down front, entertained by a duo of two blues musicians putting out some good tunes.  And like so much of Jackson, this was a black guy and a white guy making great music together.

Blues at Hal and Mal’s

Another of the city’s many blues clubs is another giant joint that was also once a meat-packing plant called Hal and Mal’s.  When we sidled in on a Saturday night, a rousing duo of guitarist Cary Hudson and his daughter was belting out a song.

Later they’d do a pretty good rendition of a Fleetwood Mac classic and we munched on fried dill pickles and crispy onion rings at the bar.

Either way, it was a great night to be making the rounds in Jackson, Mississippi.

The author’s trip was sponsored by Visit Jackson, but the opinions are the author’s own. 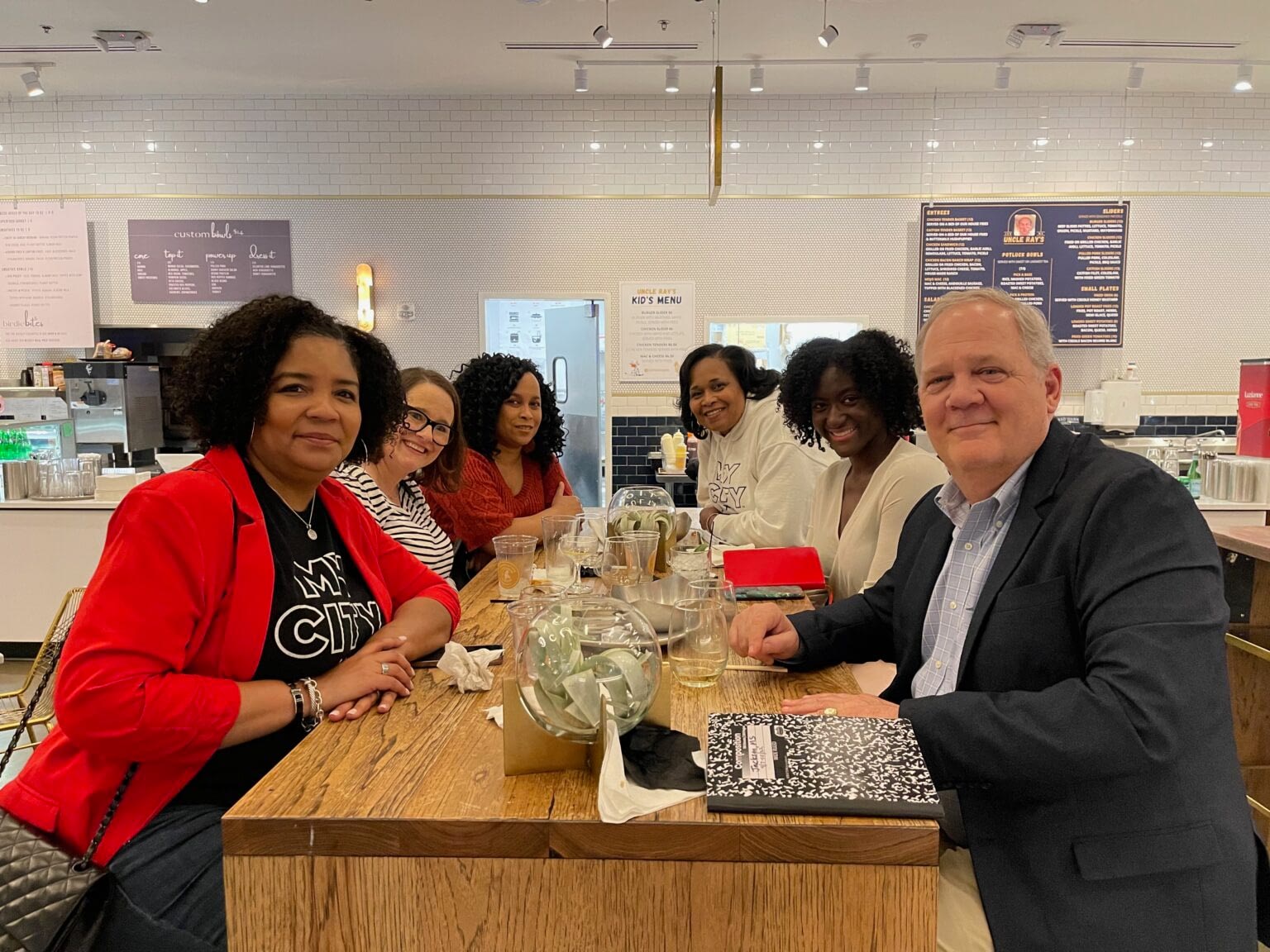 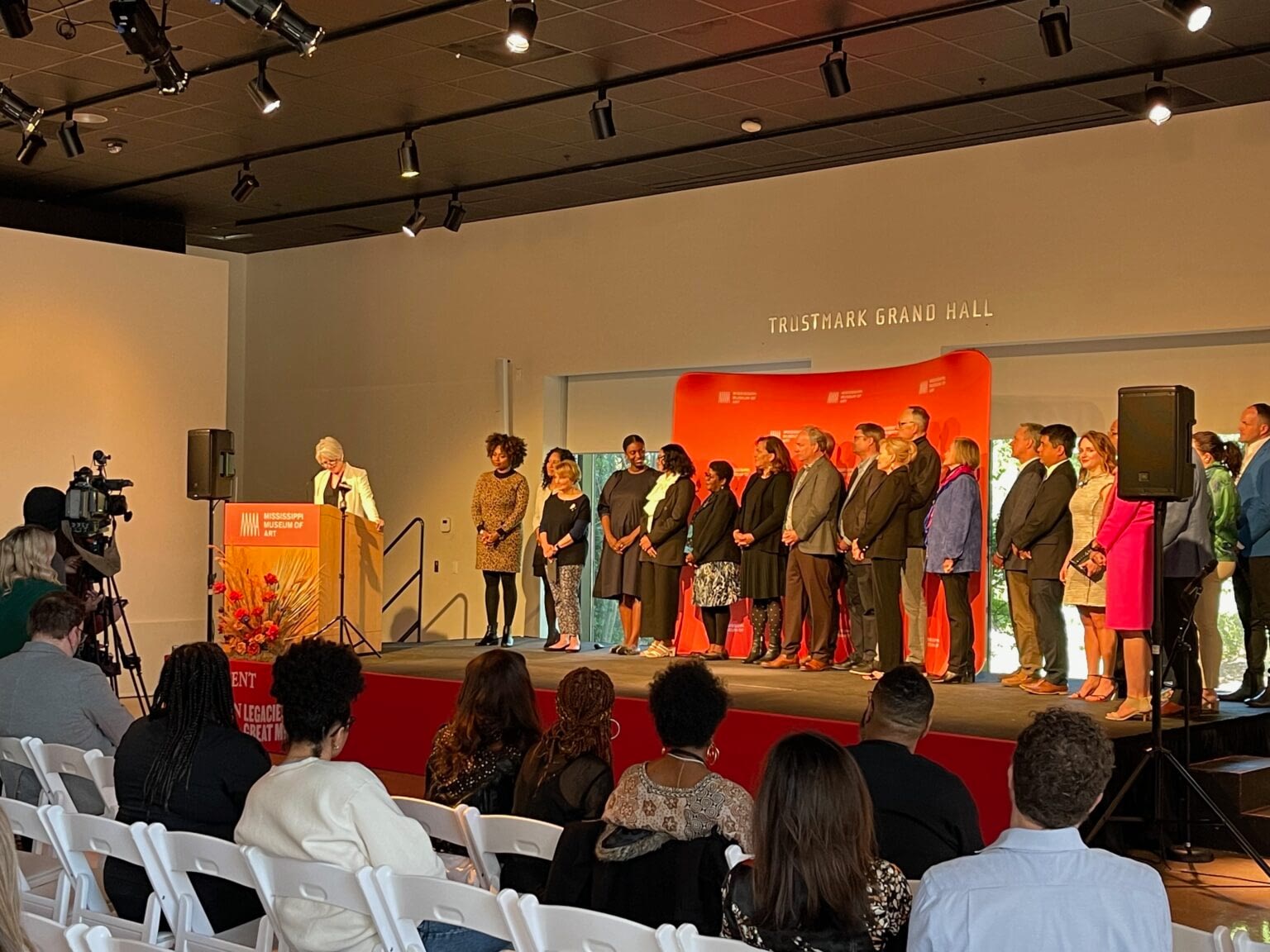 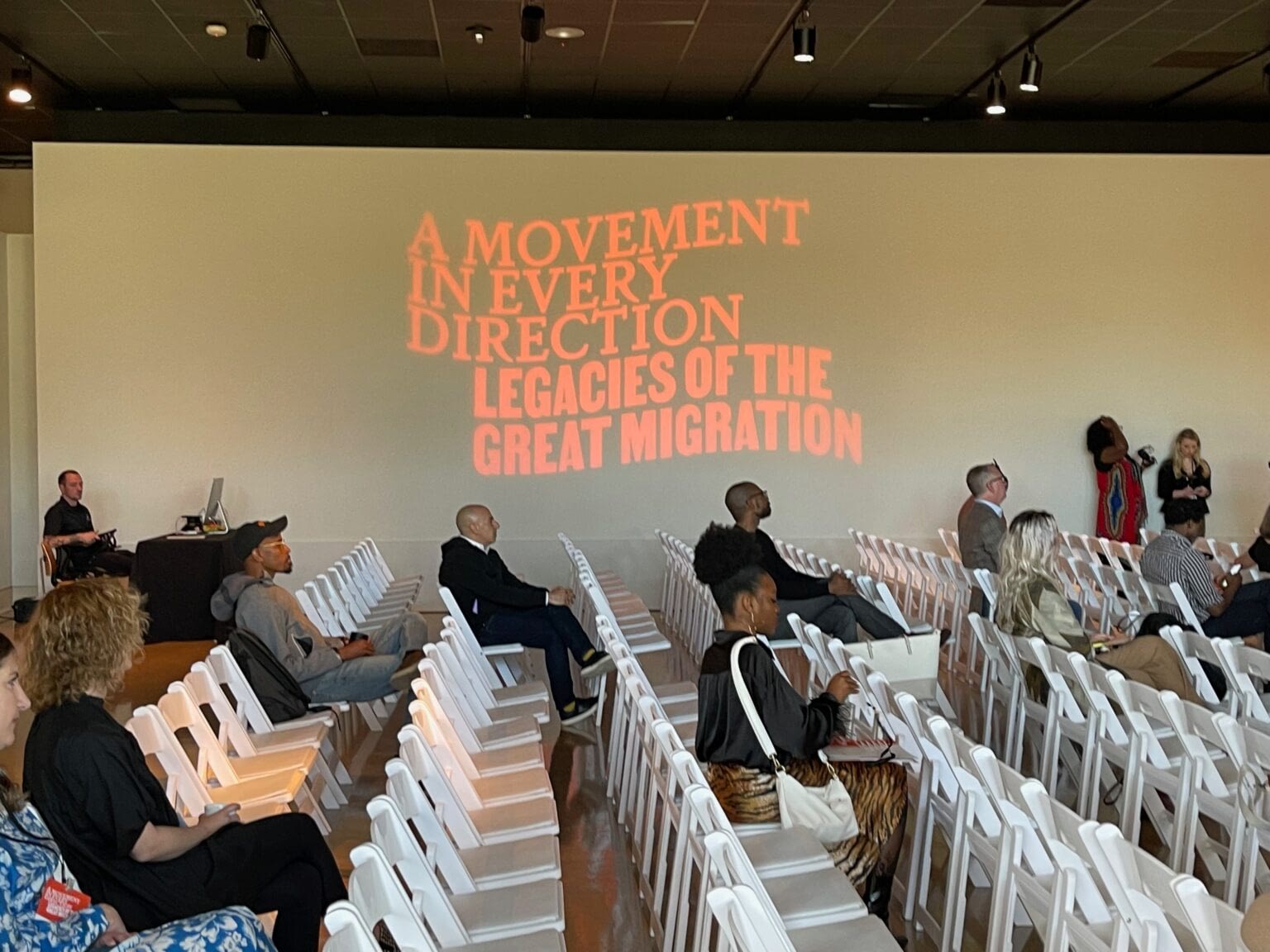 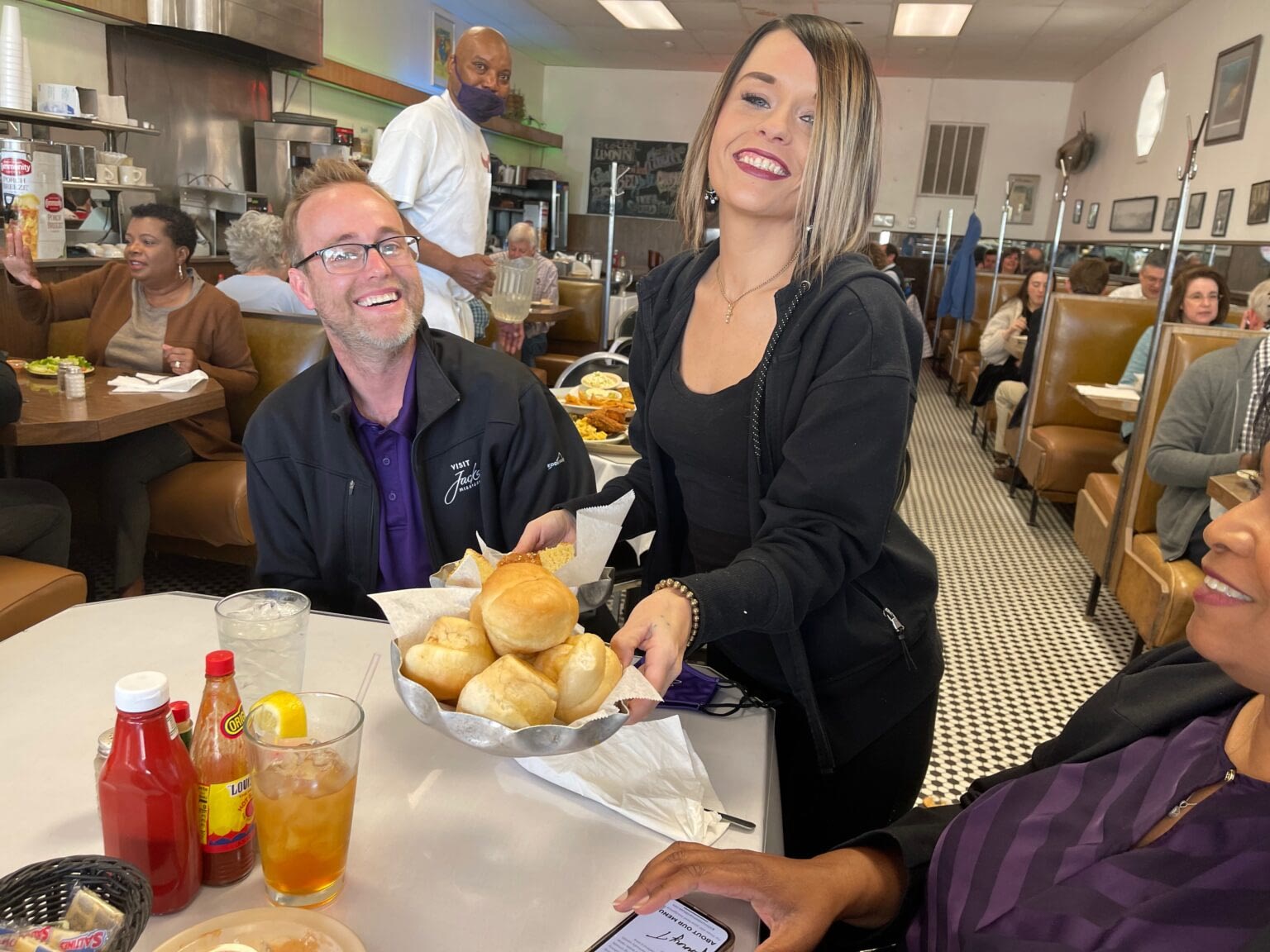 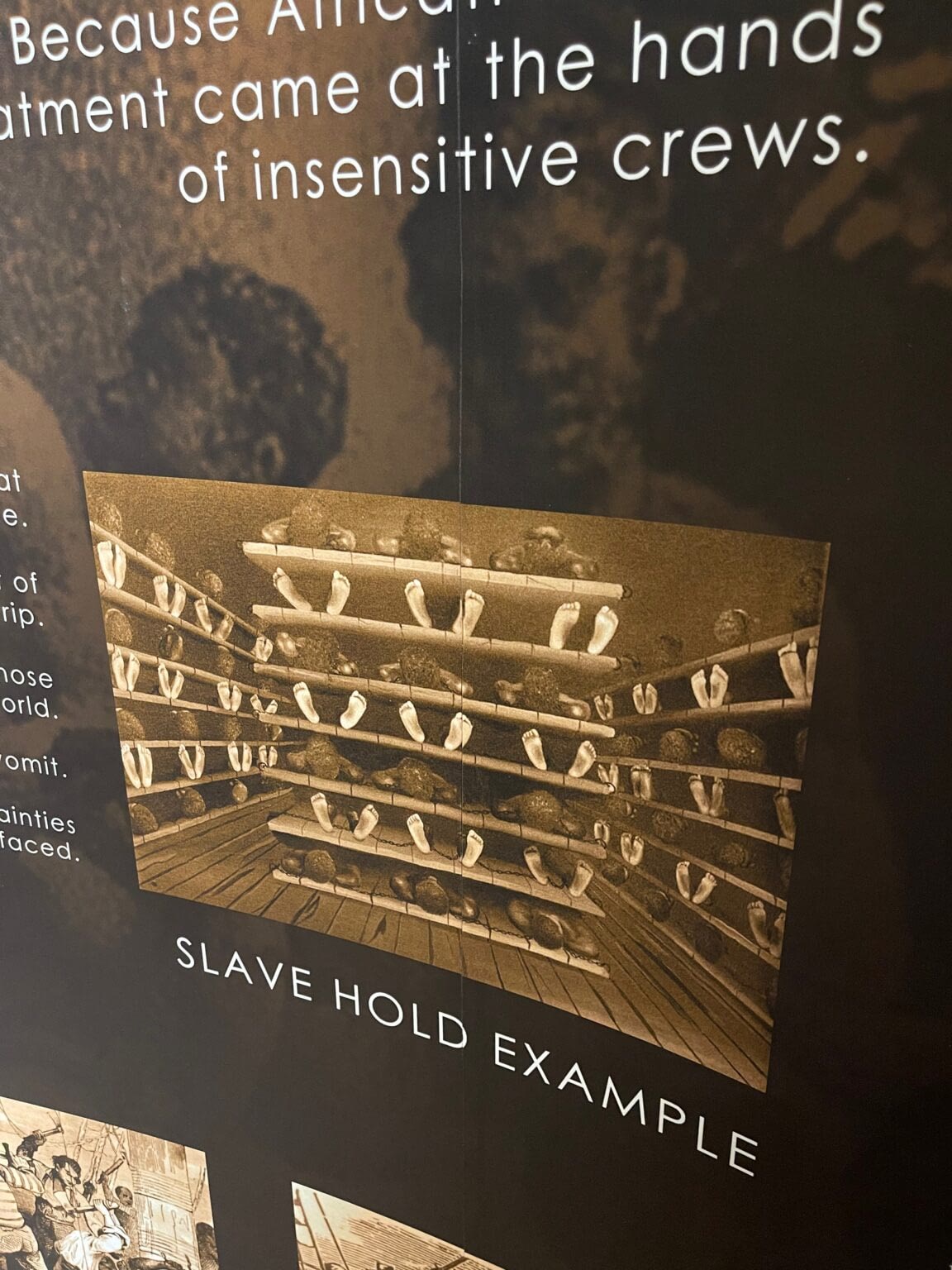 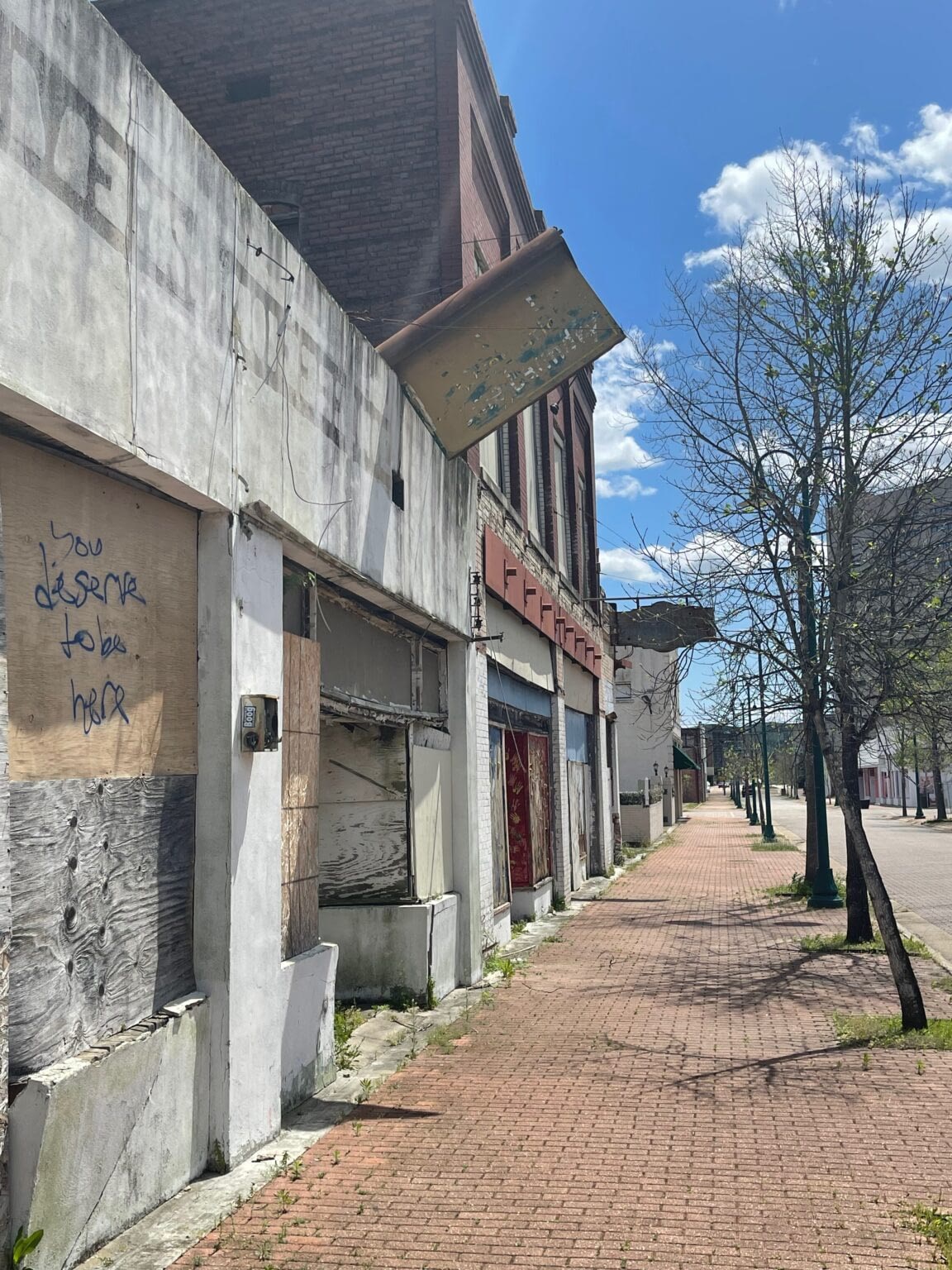 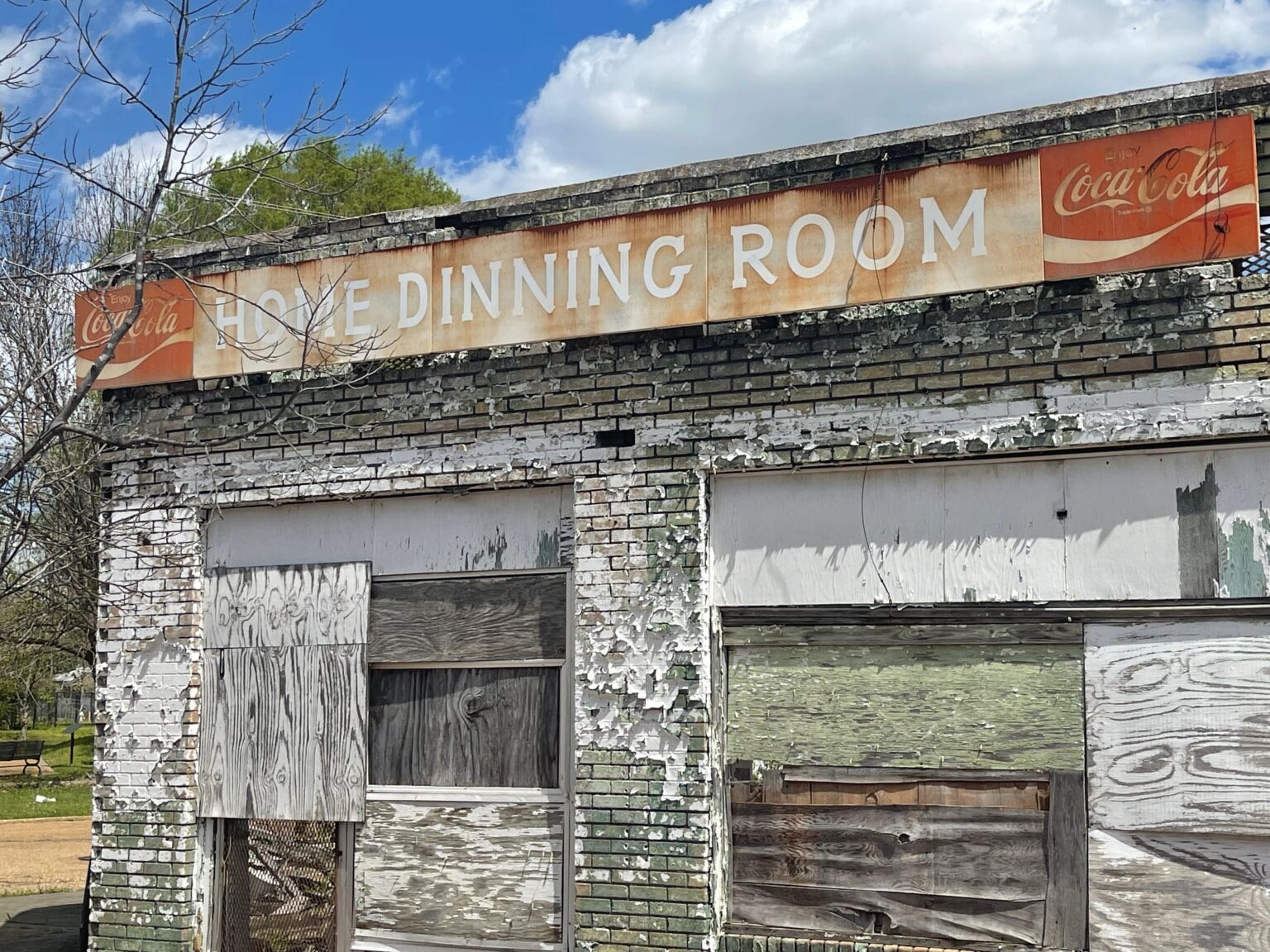 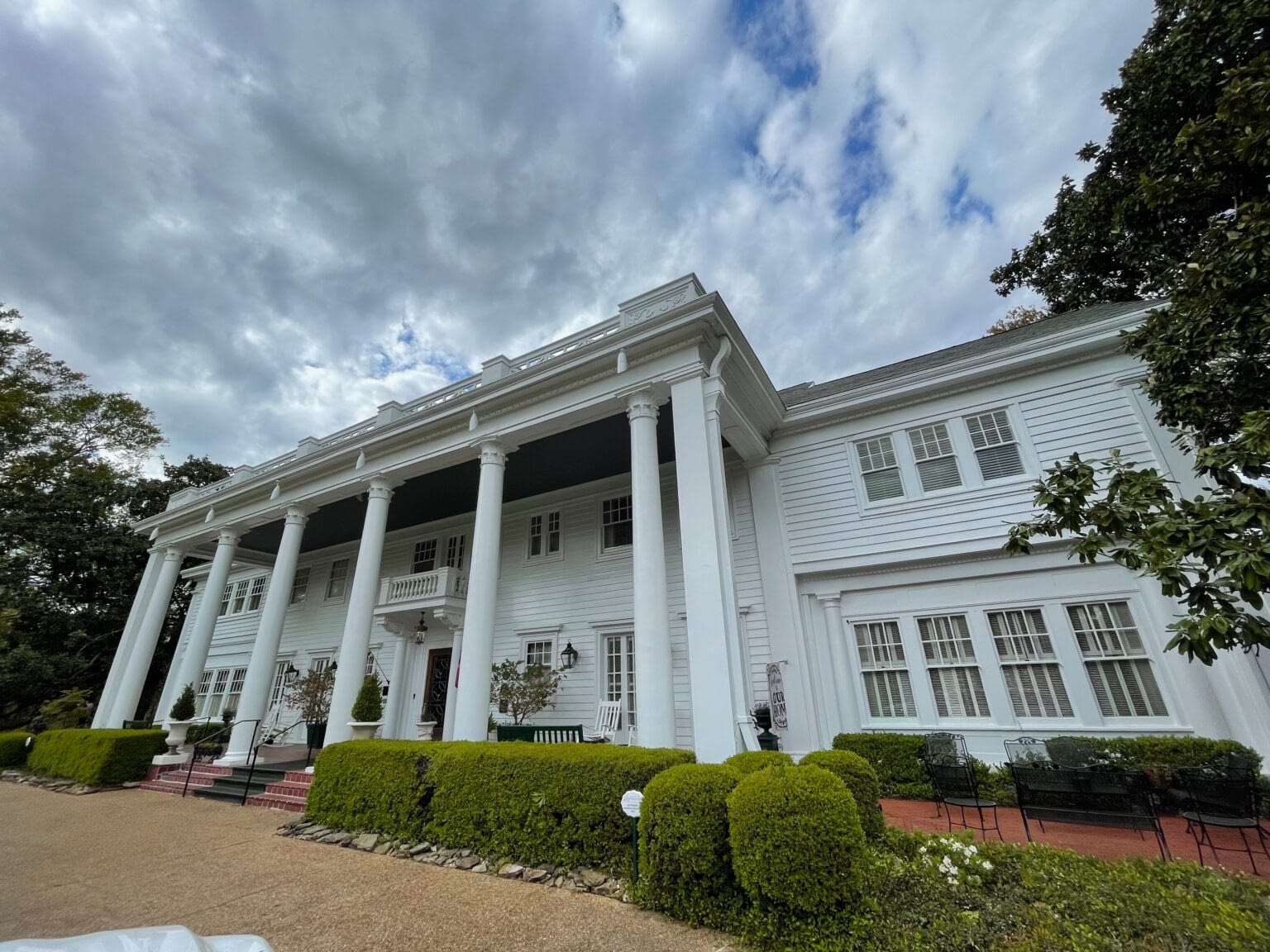 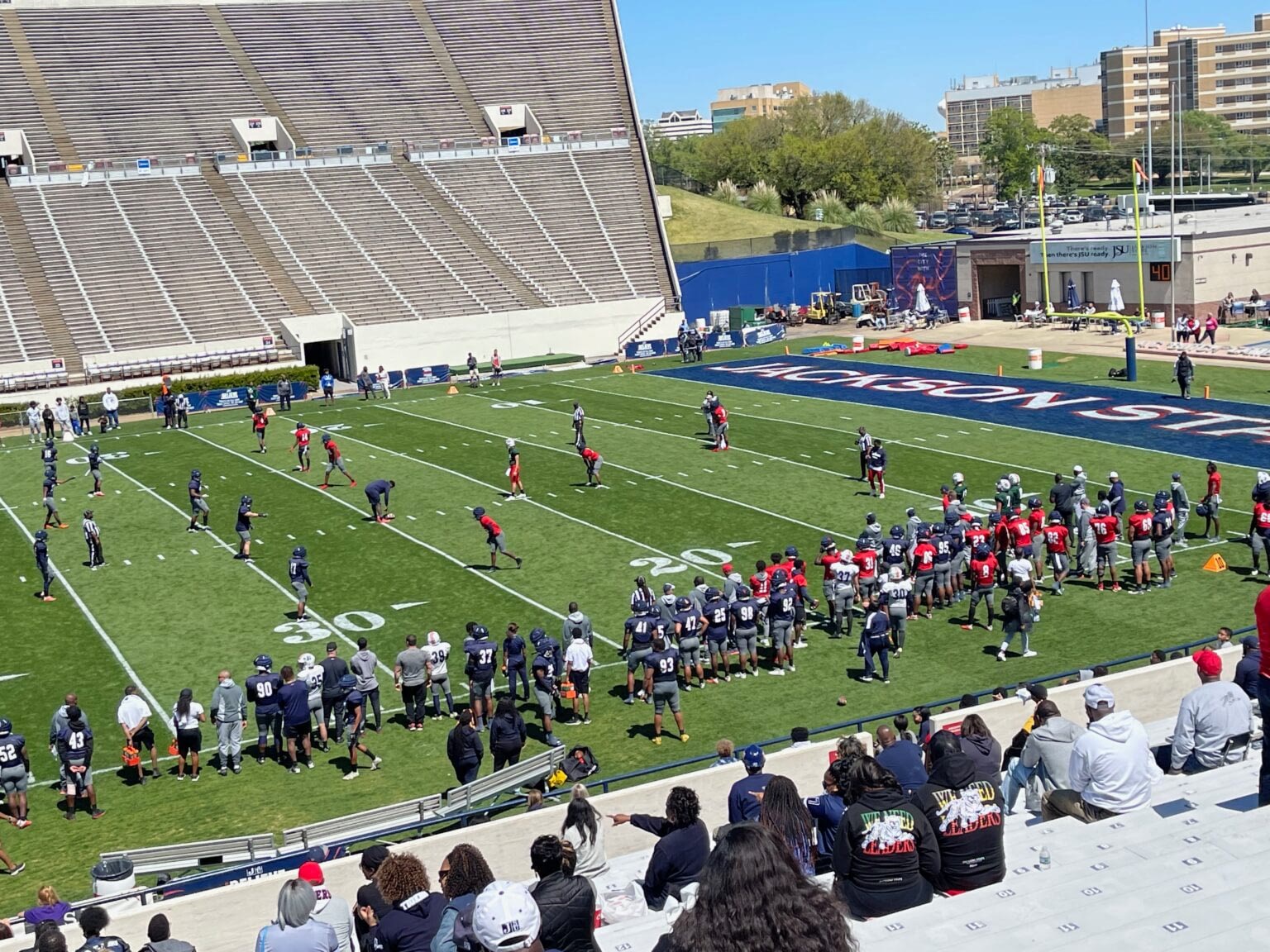 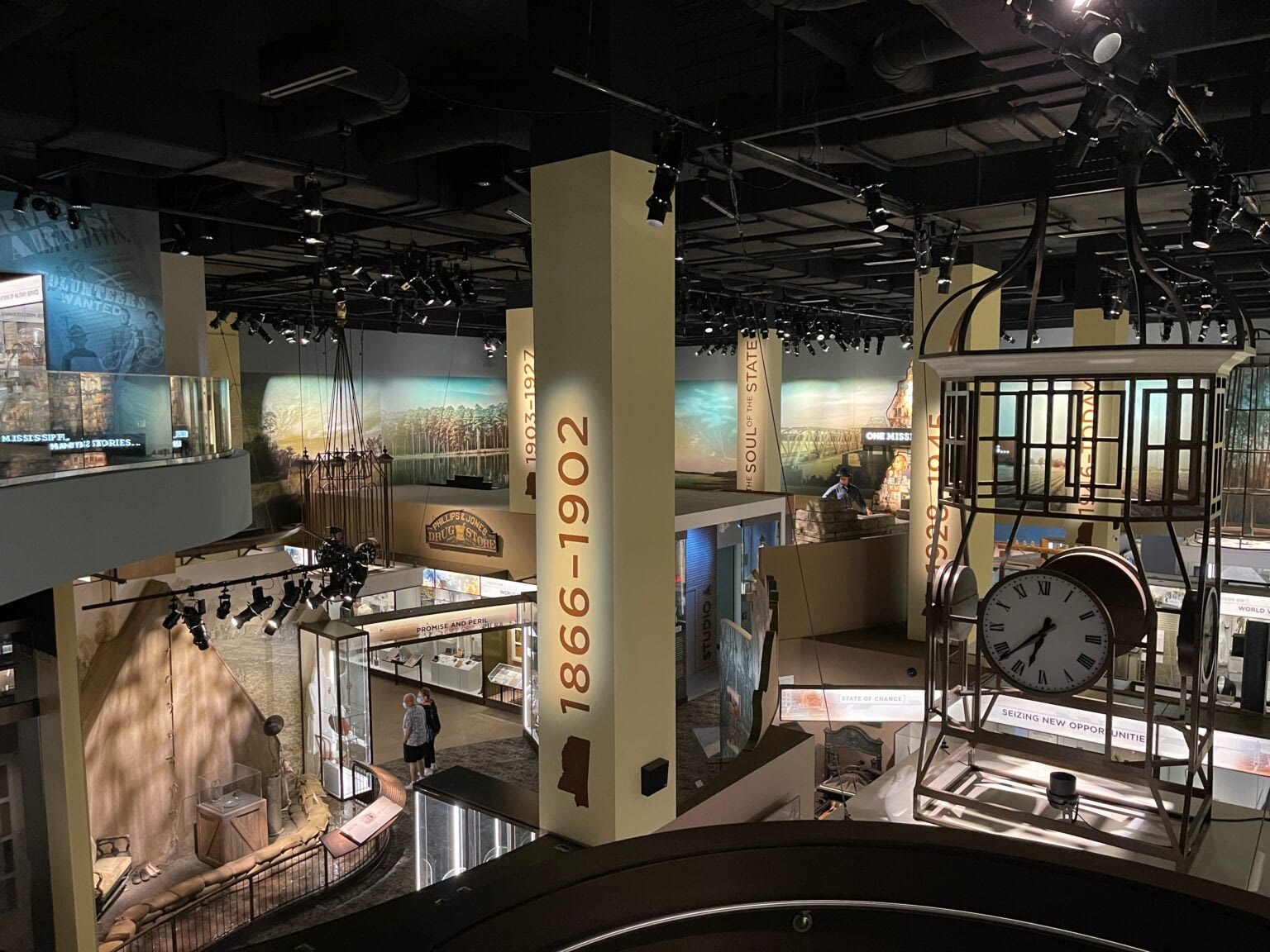 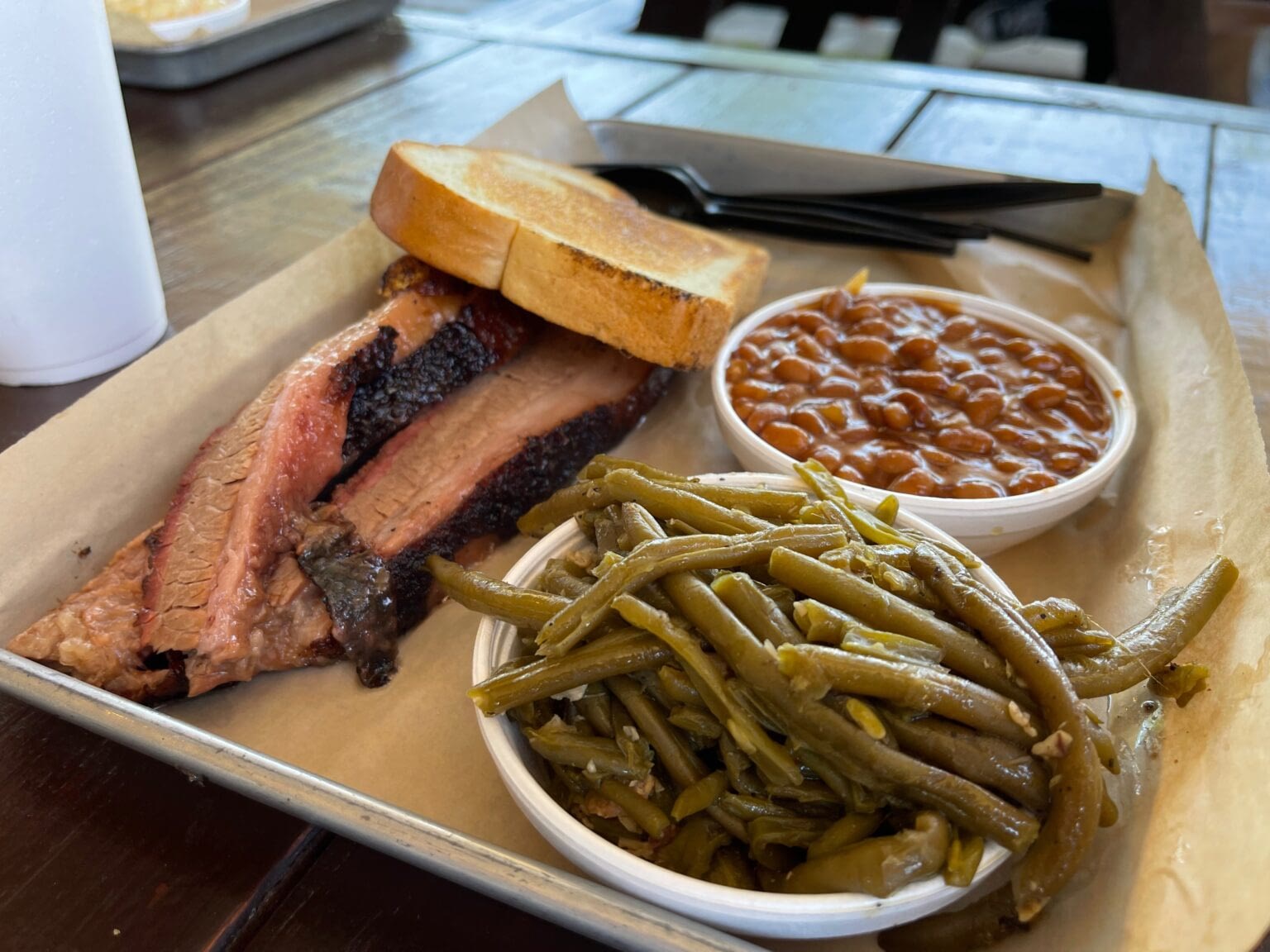 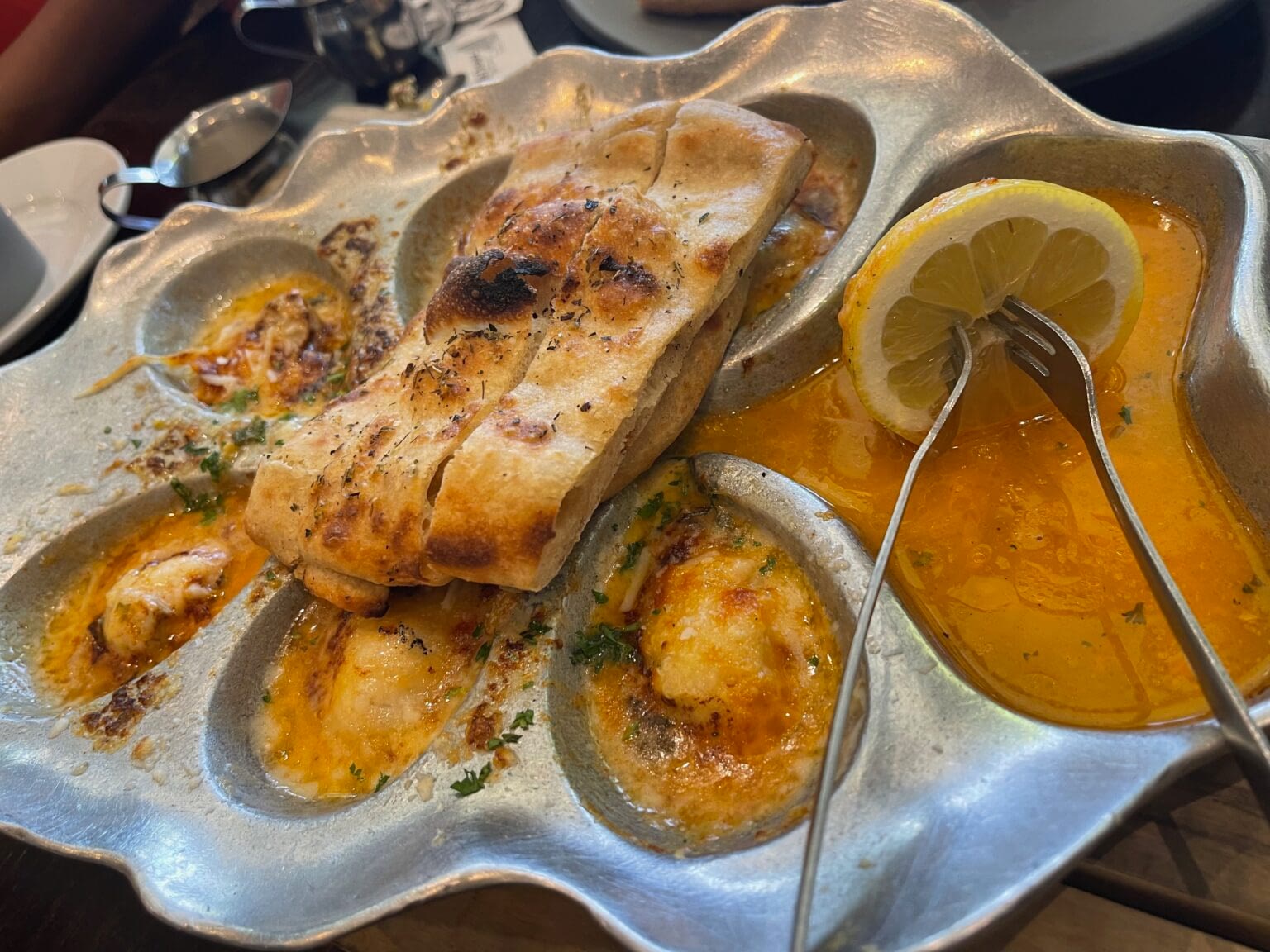 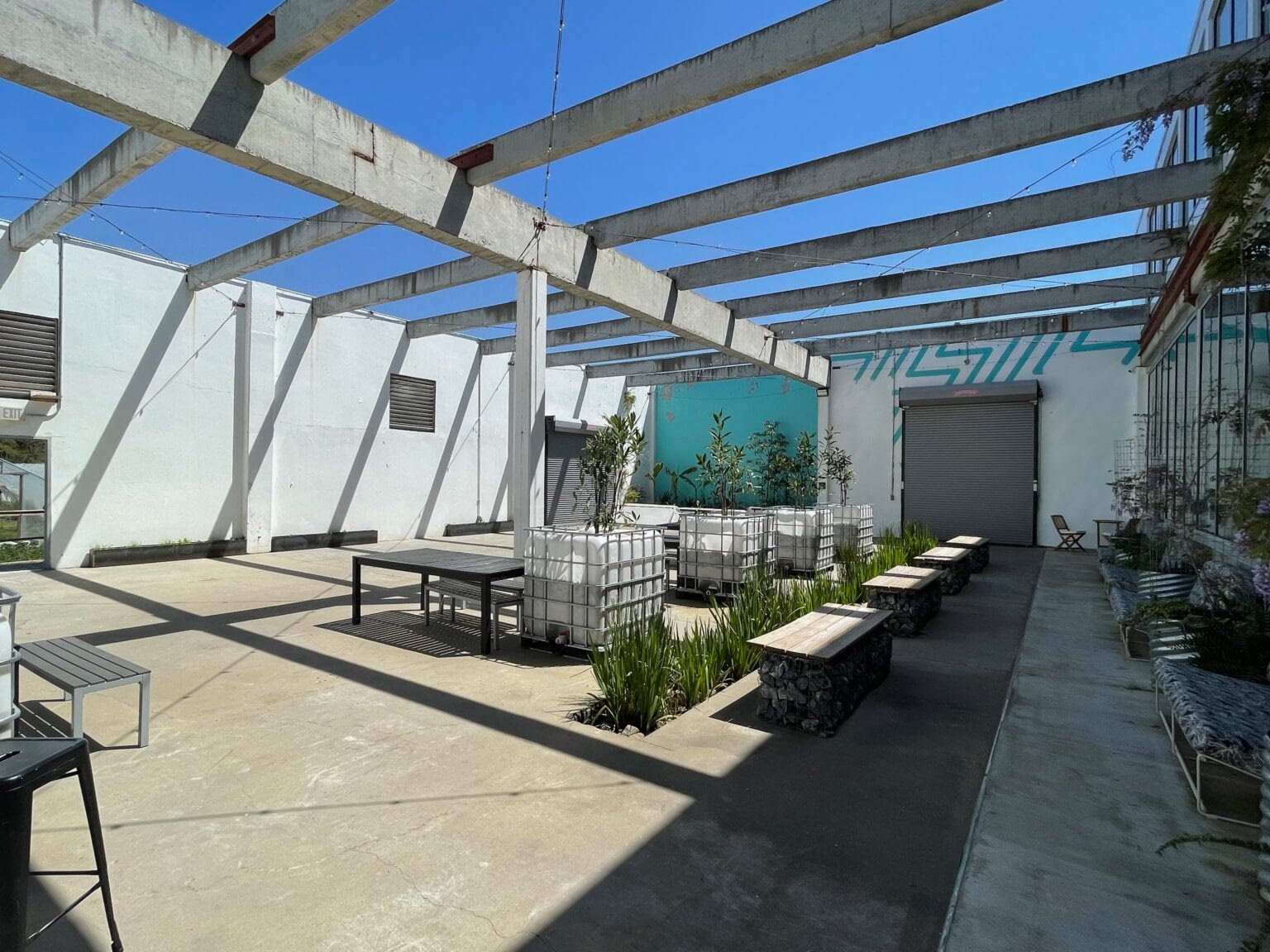 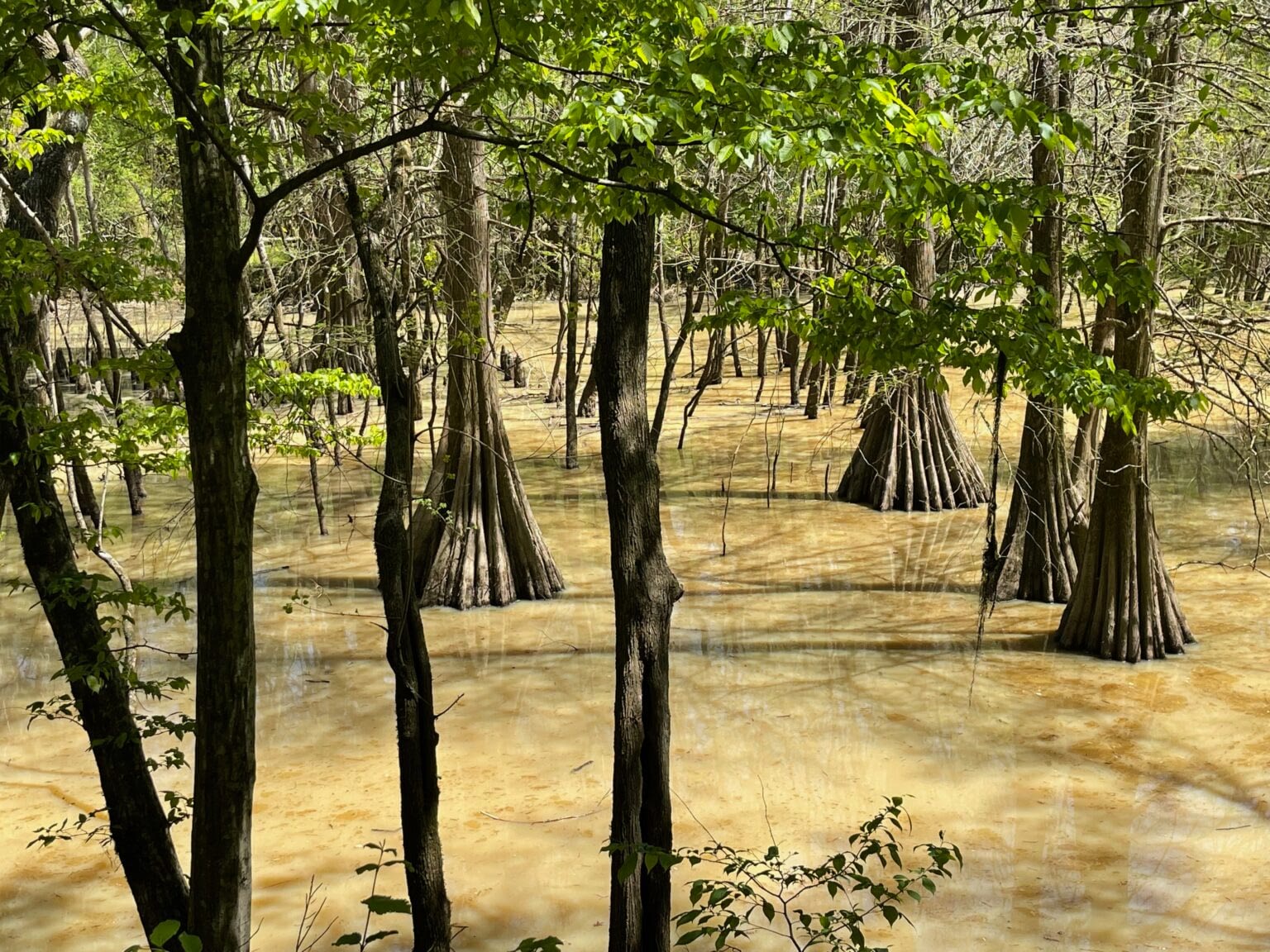 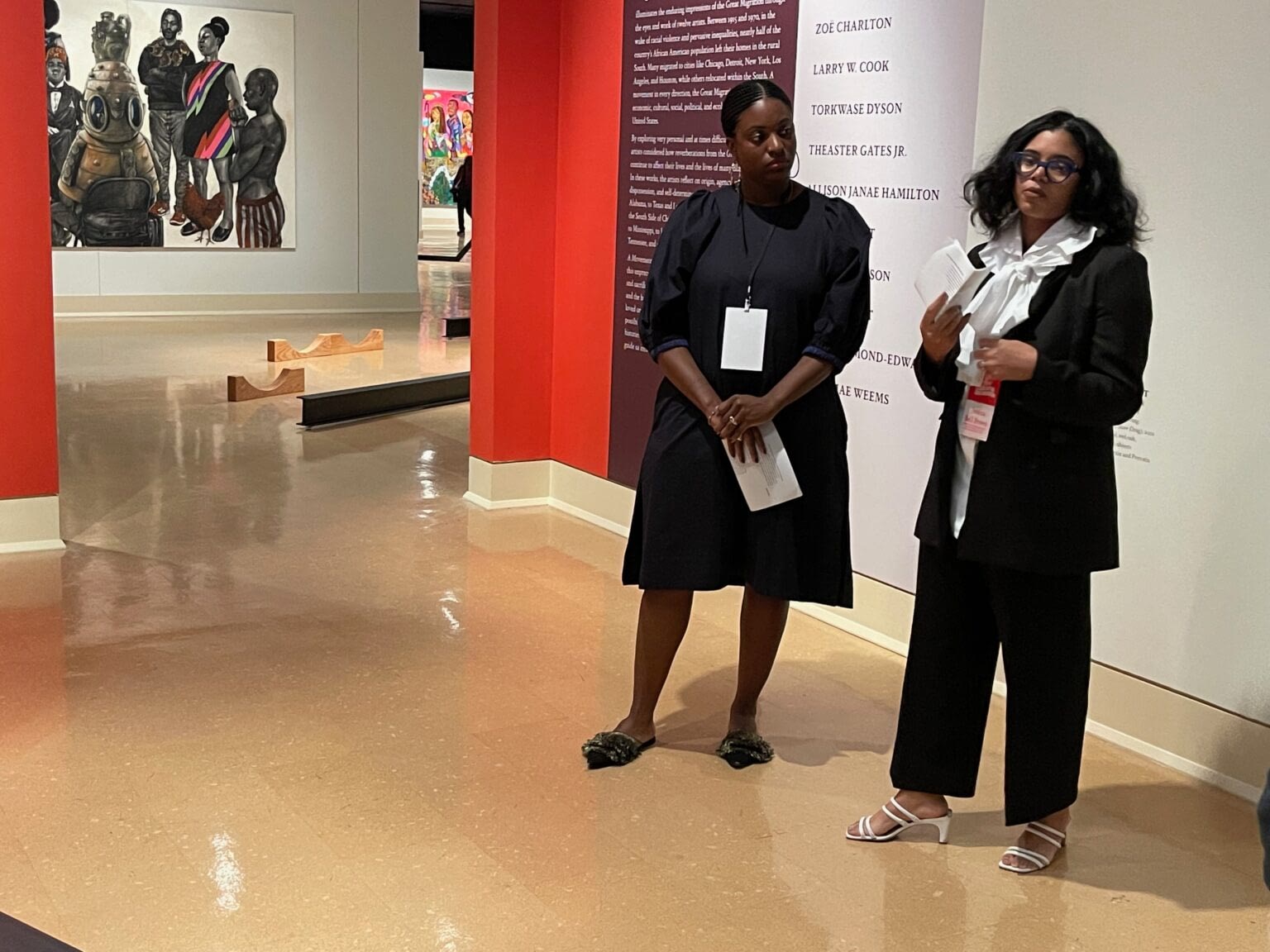 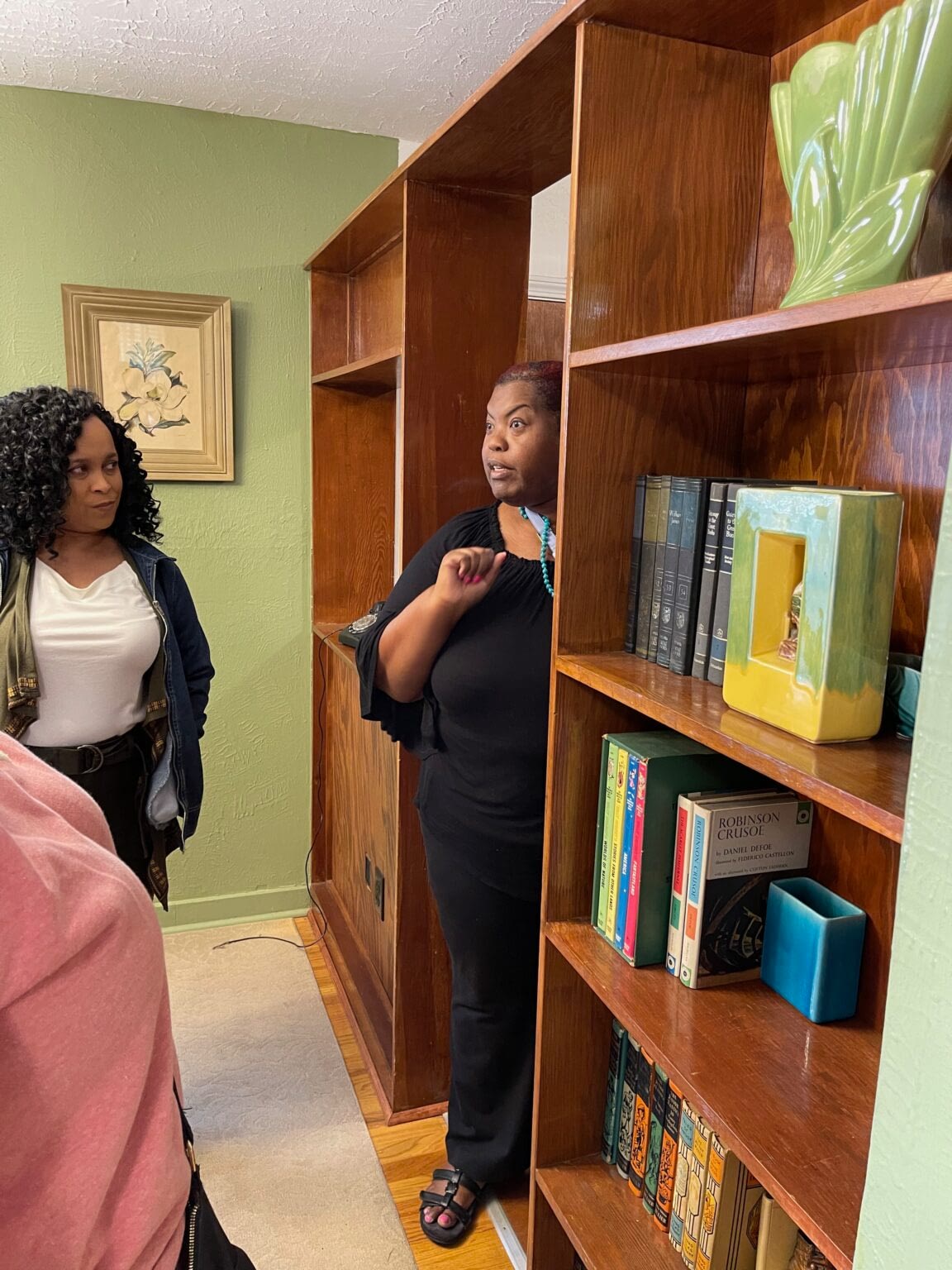 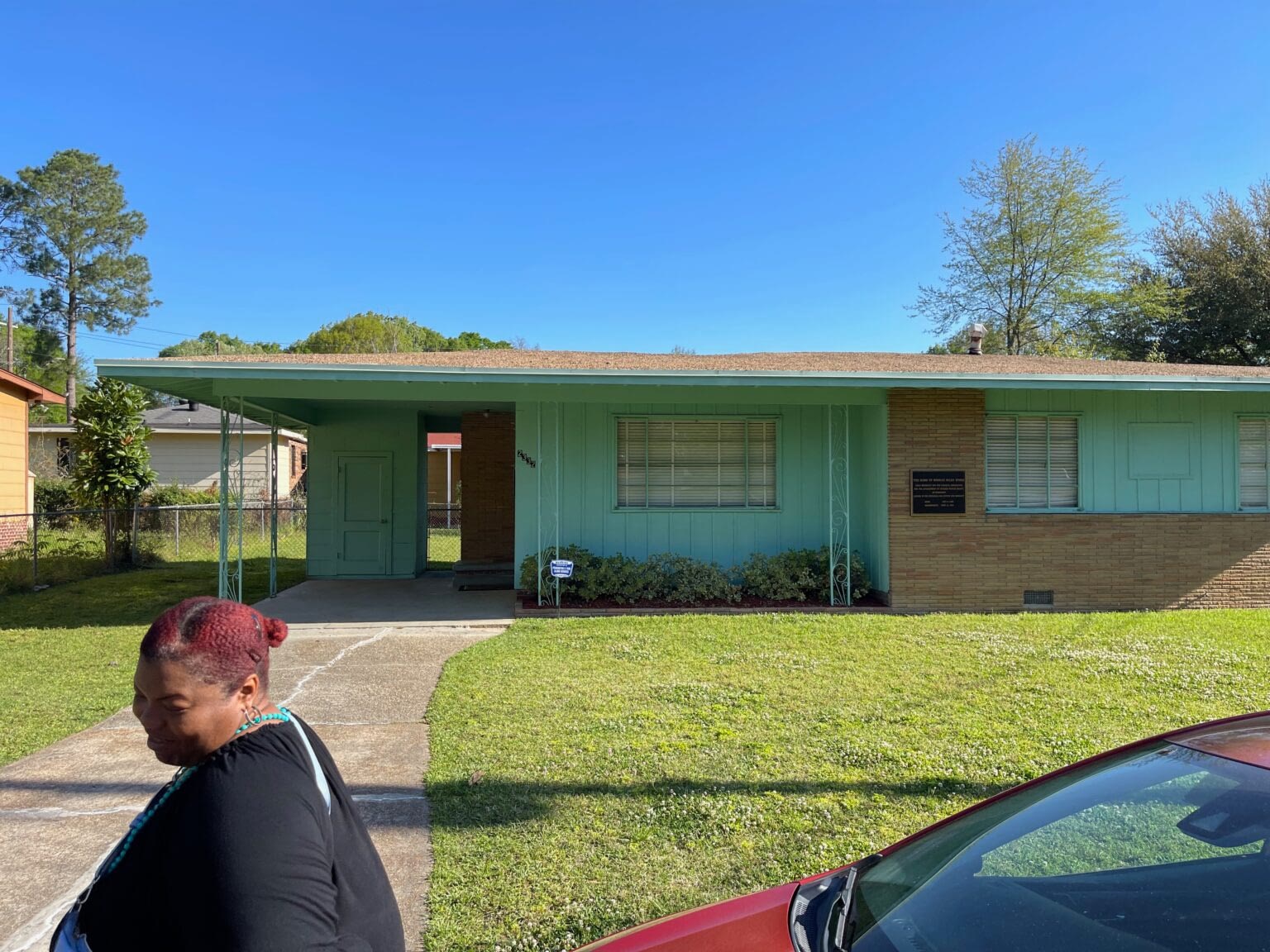 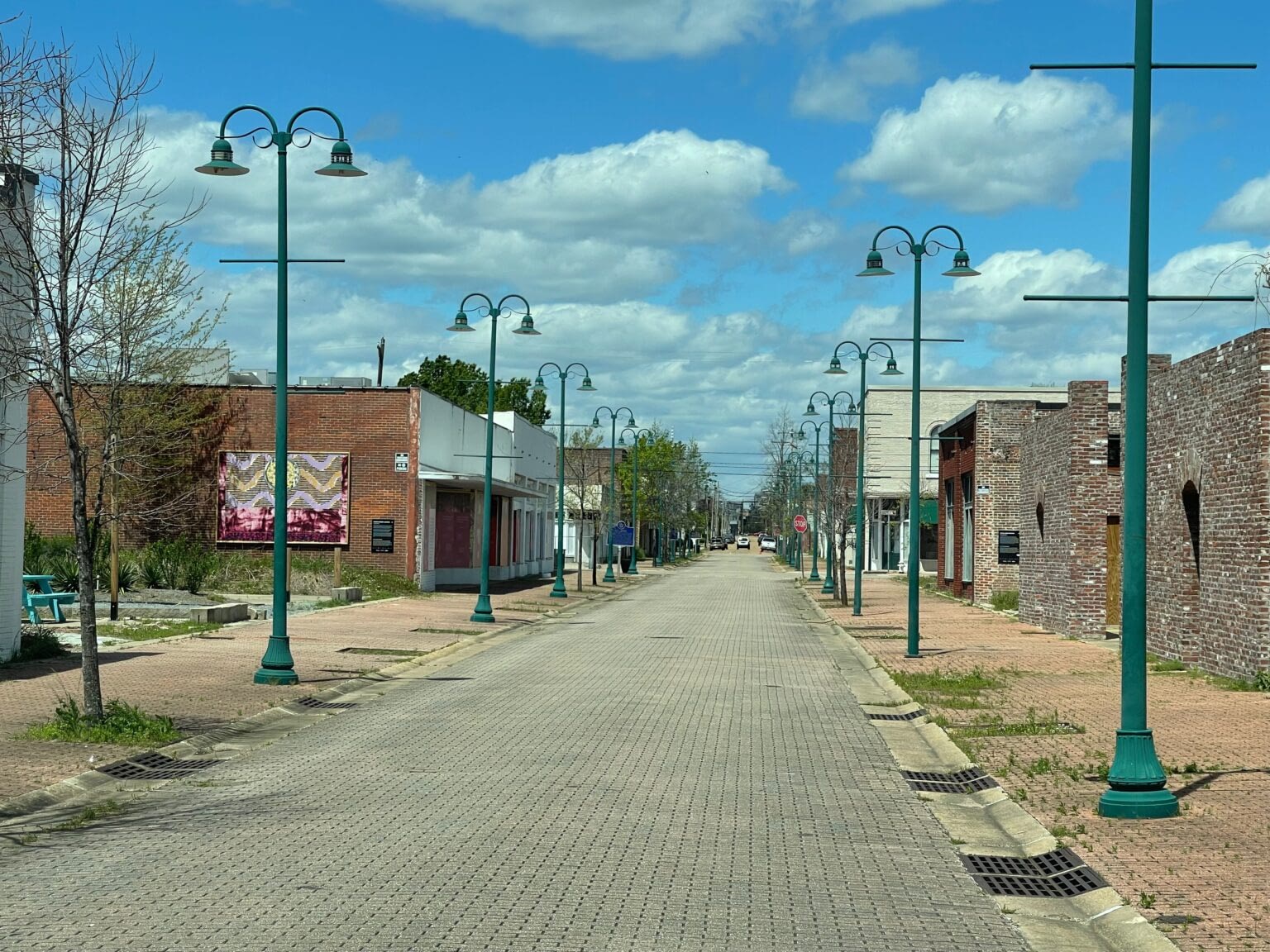 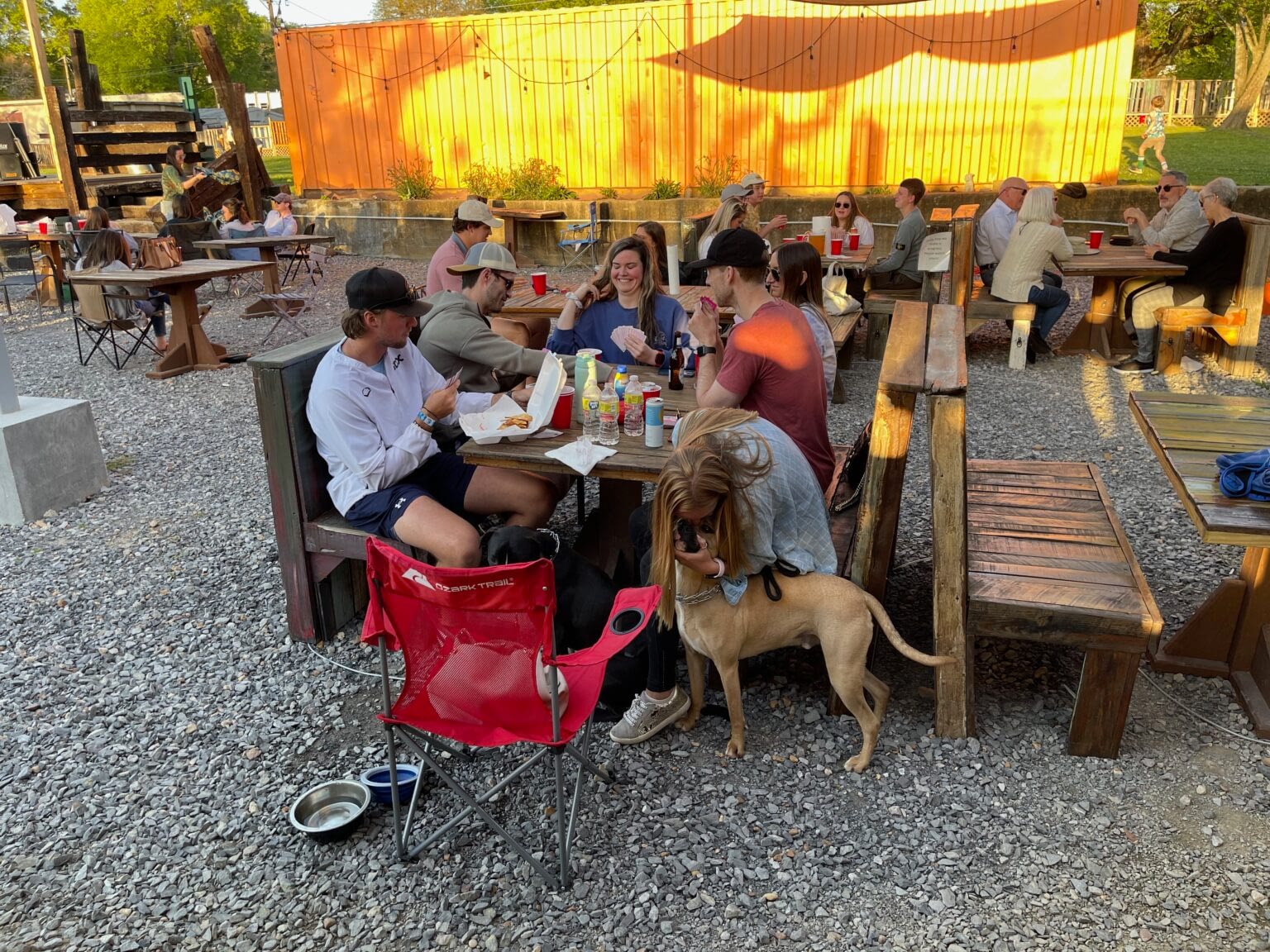 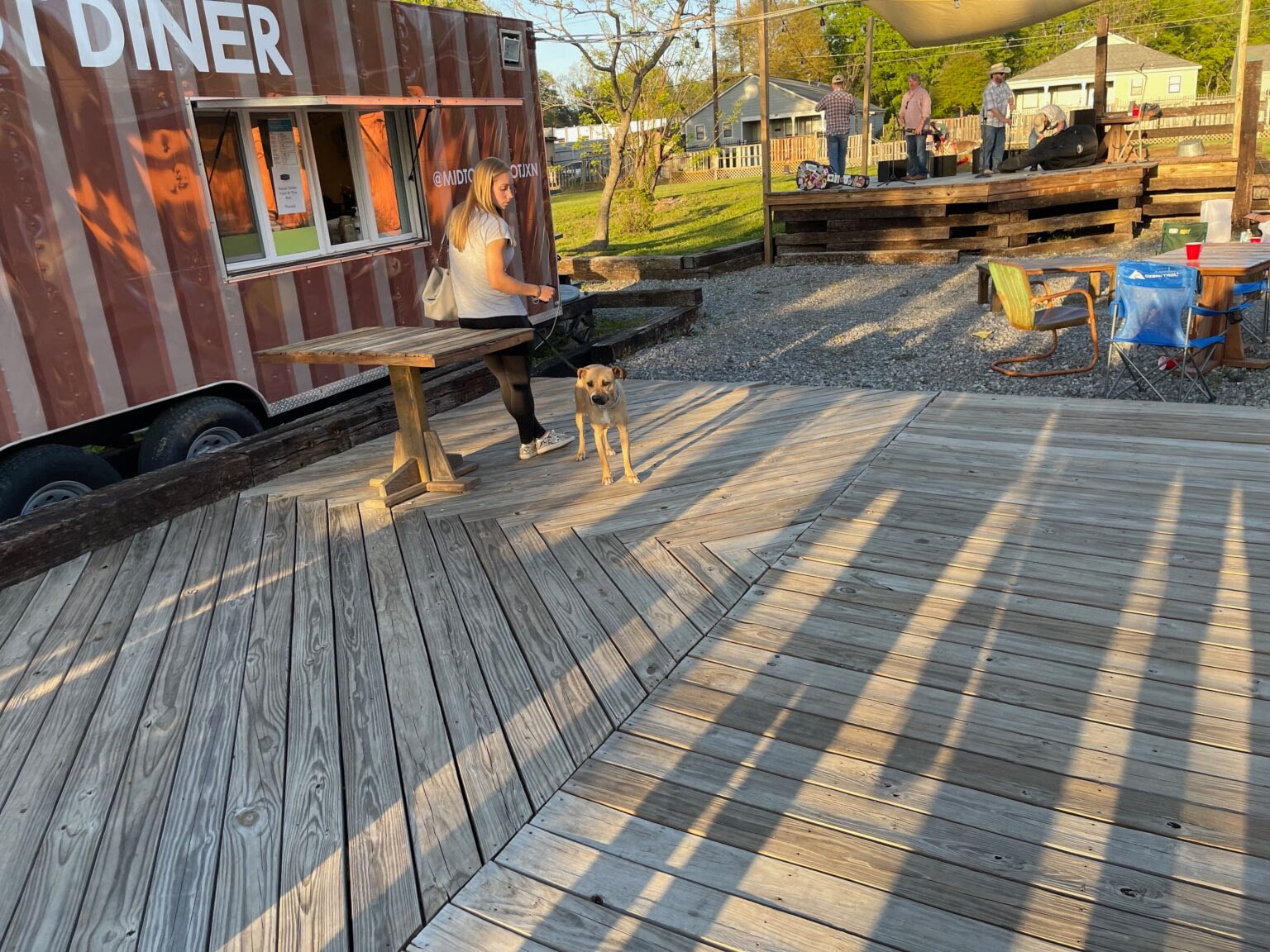 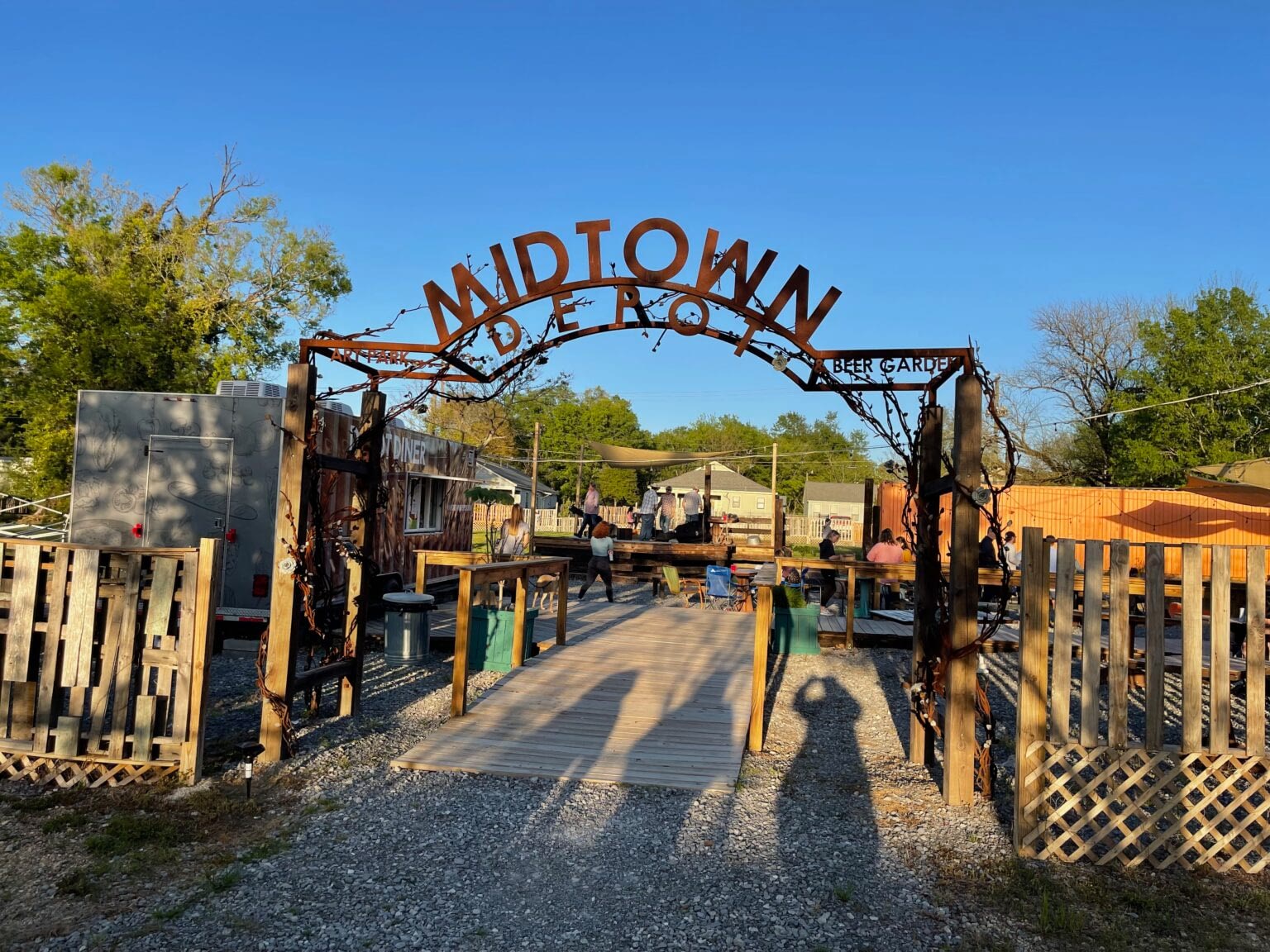 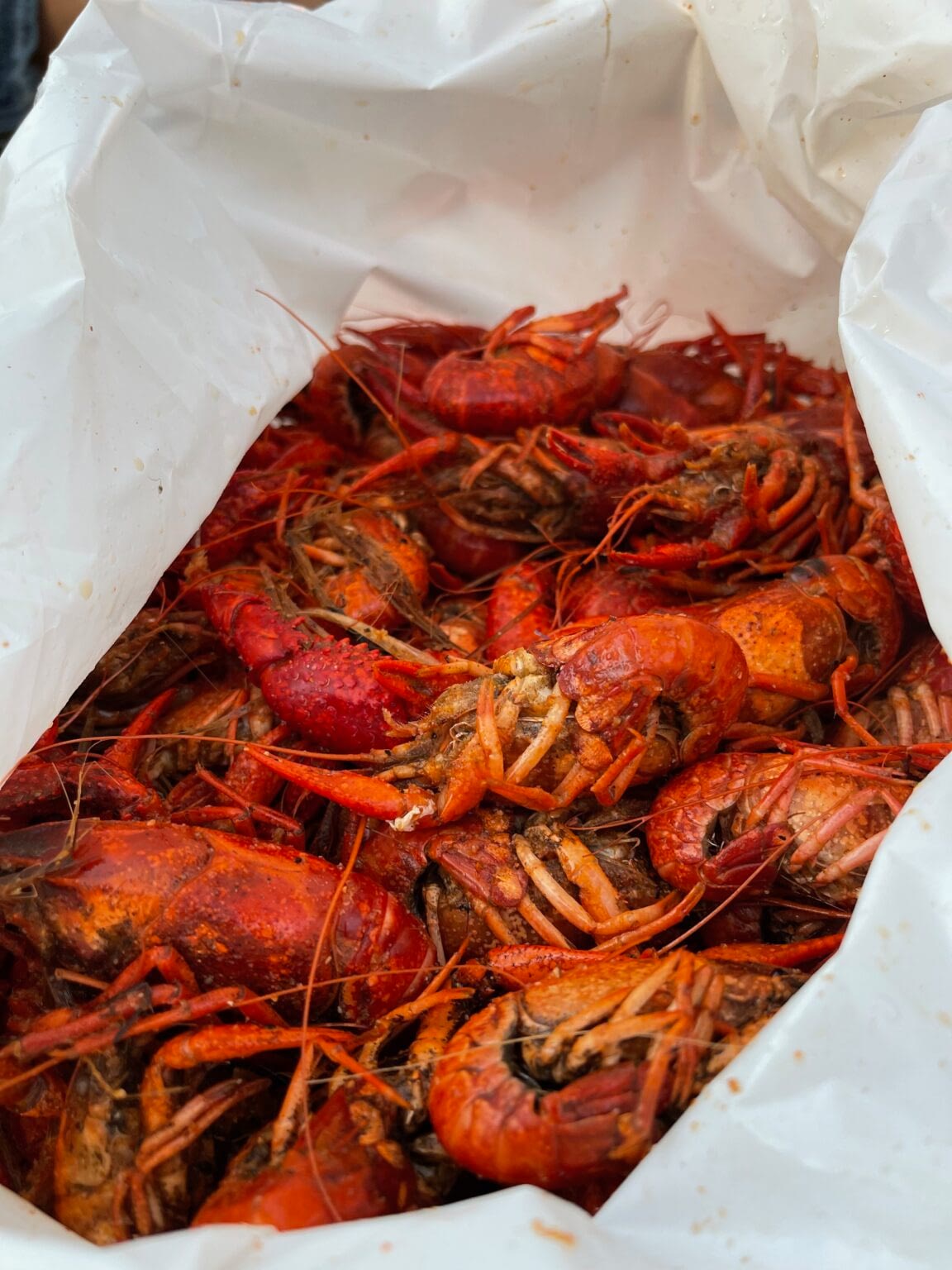 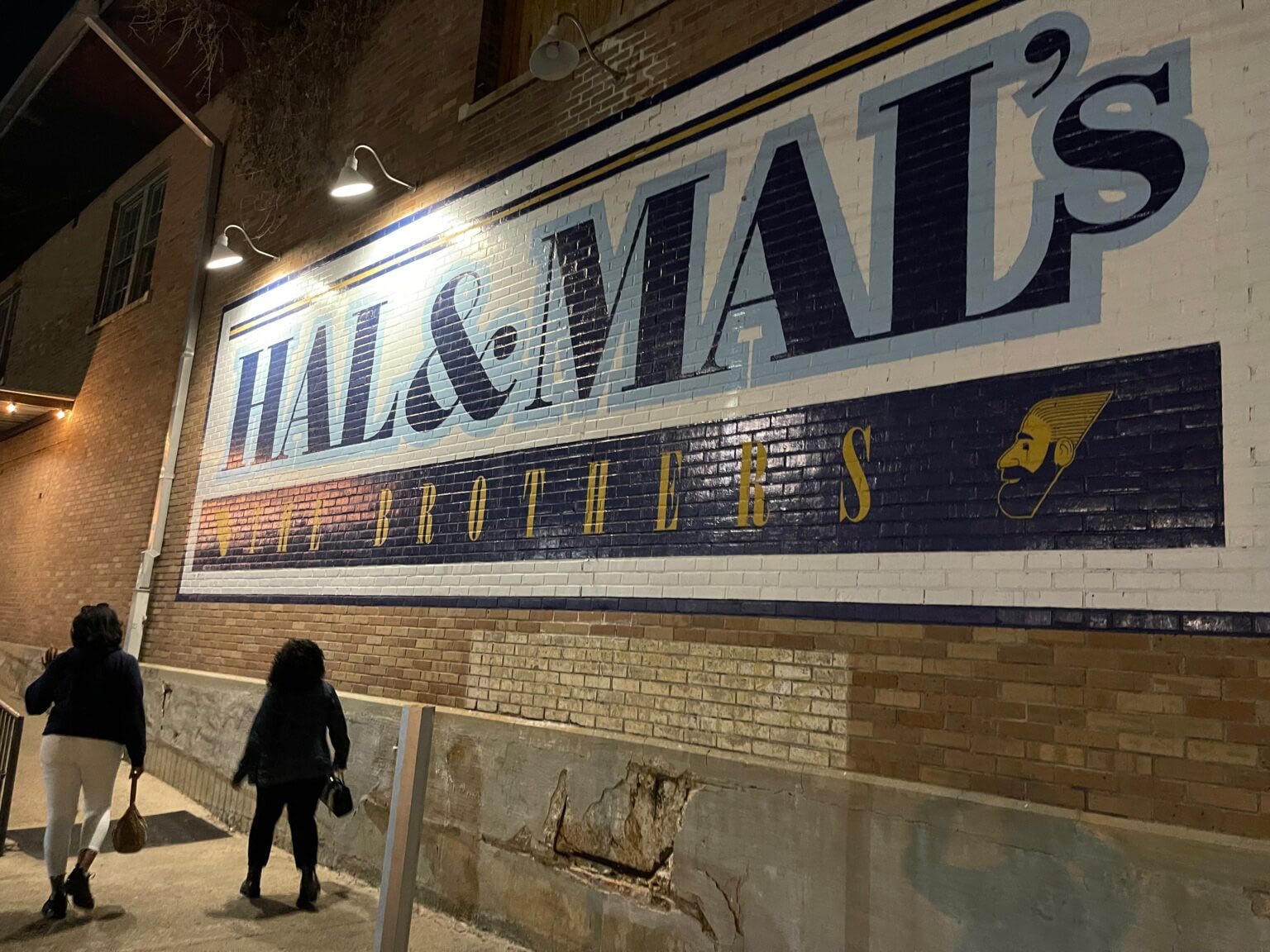 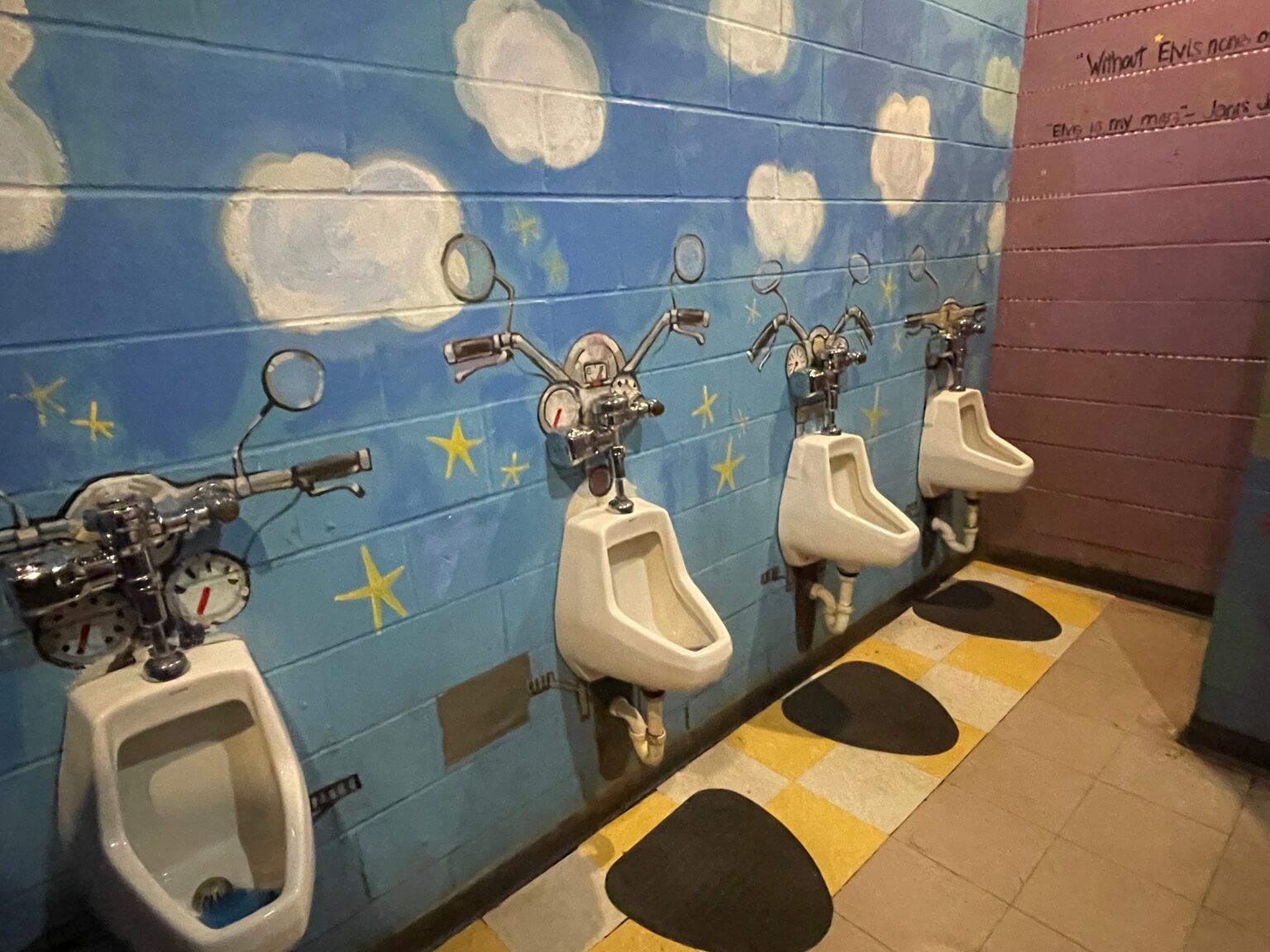 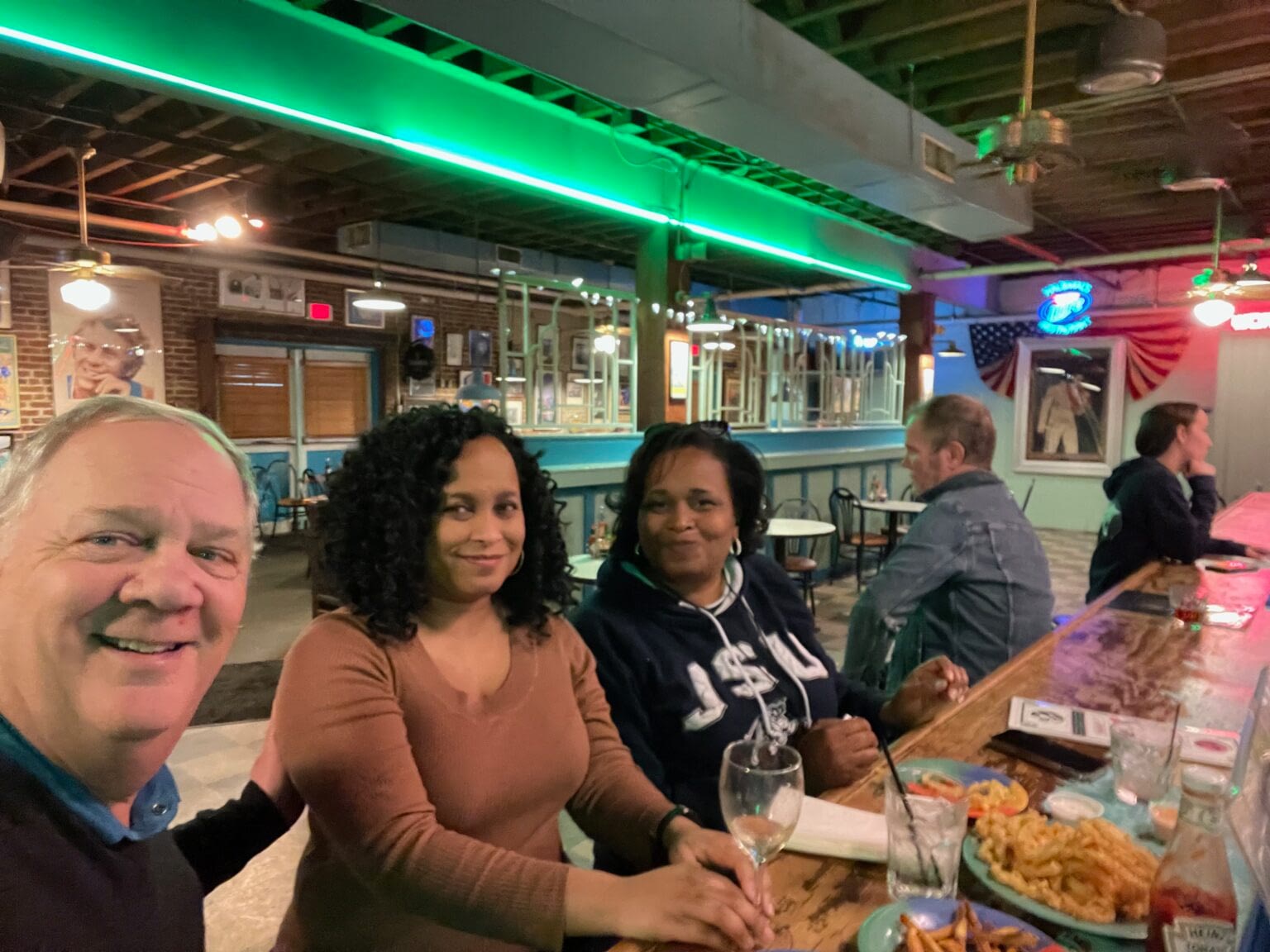 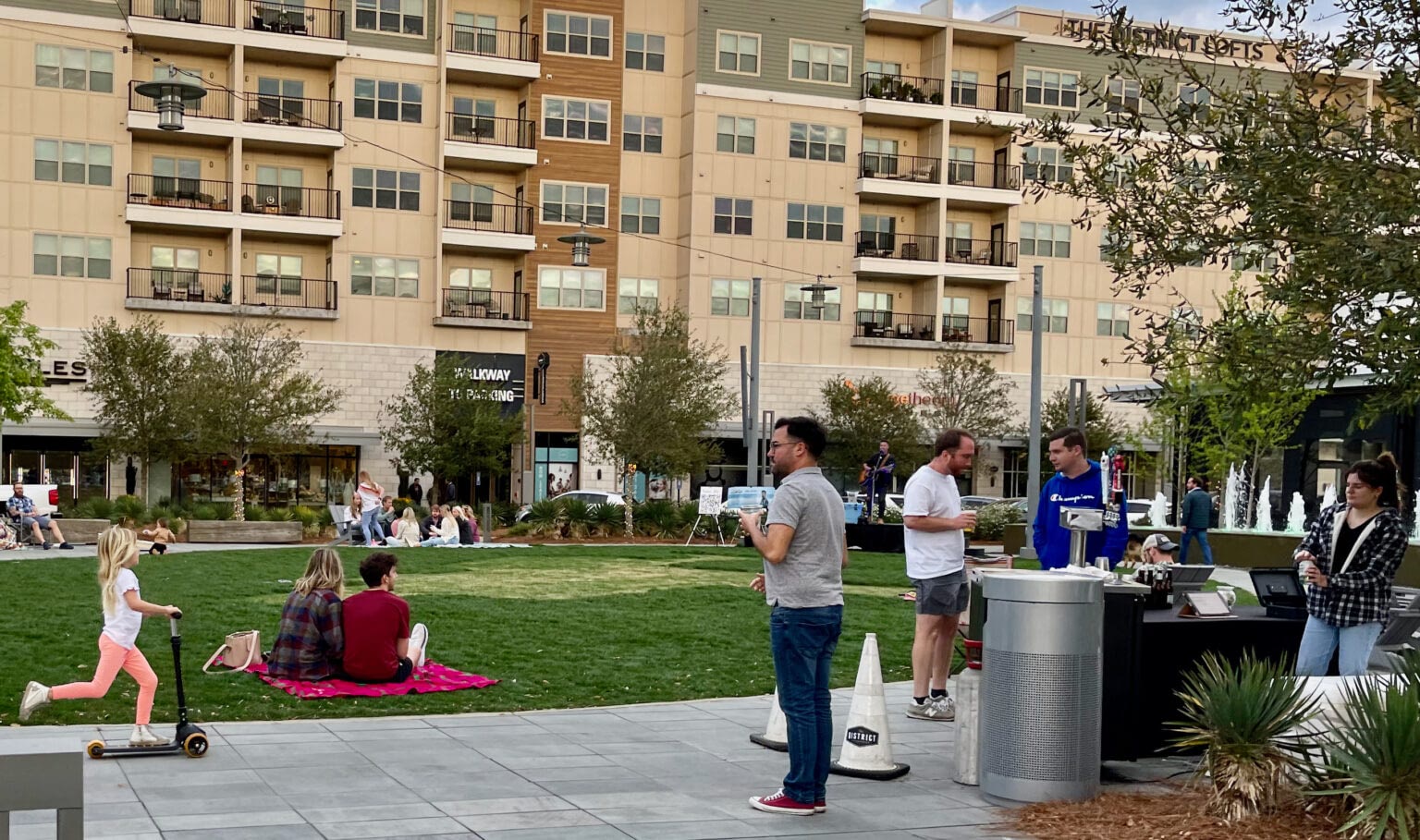