Multimodal Transport: A New and Efficient Way to Travel 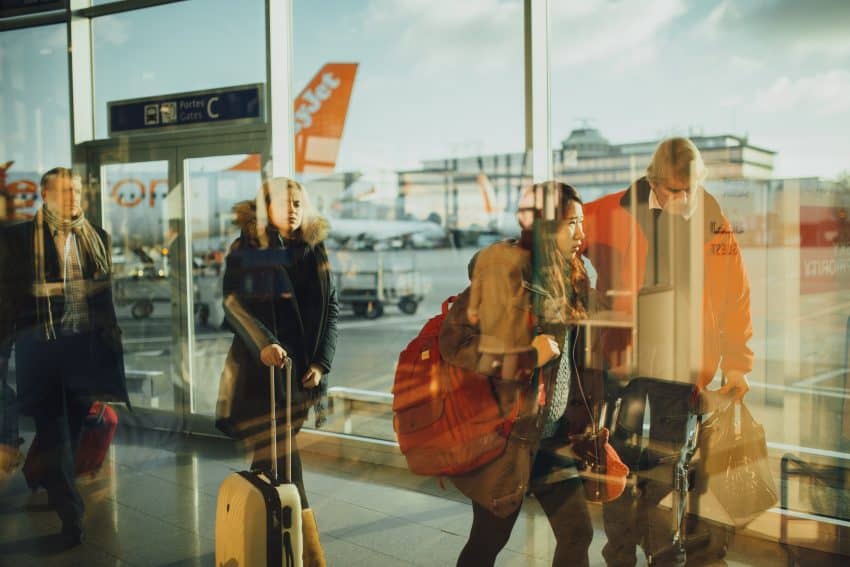 Paving a Smooth Connection from Airports to Buses, Trains to Airports: That Last Mile is the Crucial Link

Companies are working to combine different modes of transport in the same booking when traveling between locations.

Countries outside of the U.S., such as Finland, have been leading this trend of multimodal transport, however, the U.S. is not far behind.

It’s really the only way that mass transit will become the main way we get around, by stitching many different “modes” together forming seamless connections.

Starting May 2, 2022, Finnair customers can travel from the Turku airport and Tampere airport to Helsinki Airport and back.

This can be accomplished by flying and taking Finnair’s new bus service.

During the day, Finnair’s bus service runs from Turku and Tampere airports to Helsinki Airport and back.

The bus ticket is combined with the flight reservation.

At Helsinki Airport, the bus arrives and leaves from the bus station next to the Terminal 2 building.

The schedules for the buses have been designed for smooth connections to Finnair’s international flights.

On both routes, the travel time is approximately two hours.

Unlike many airlines, there is no assigned seating on Finnair’s bus service. Customers may select their seats freely.

A bus service with a guaranteed flight connection is an option that reduces one’s carbon footprint, especially for customers that would otherwise arrive at the airport by car.

Finnair is committed to becoming carbon neutral by 2045, and multimodal transport is one way the airline is accomplishing this.

The bus connection at Finnair is operated by the airline’s partner Korsiaari with high-quality coaches that run on 100% biodiesel, a renewable, biodegradable fuel.

In Connecticut, USA, the Hartford Line provides train and syncs with bus service to Bradley International Airport from Hartford Union Station and from their railroad station in Windsor Locks to the airport.

The trips operate between downtown Hartford and the airport, seven days a week.

As of August 2021, the route operates every 40 minutes on weekdays and Saturdays, and every hour during the early morning hours, late at night, and on Sundays.

Uber has recently announced that it is adding trains, buses, planes, and car rentals to its U.K. app.

This is part of a pilot, which may expand to other countries if the initial launch is successful.

However, Uber will not be providing these multimodal transports themselves. The company will allow users to book these services through its app.

Later this year, the company hopes to incorporate flights into their many services provided and later in the future hotels.

In a statement quoted by CNBC, Jamie Heywood said that Uber hopes to become “a one-stop-shop for all your travel needs.”

Eurostar is an international high-speed rail service that connects the U.K. with France, Belgium, and the Netherlands.

It allows travelers to commute from London to Paris and other cities through the Channel Tunnel.

Starting on June 3, American Airlines will be partnering with bus company Landline to provide travelers with connections between airports.

American says these connections will be a “time-saver” for its passengers.

This is one way the airline is working to make it easier for its customers to connect to American’s premier trans-Atlantic gateway in Philadelphia.

The partnership allows guests to arrive at Lehigh or Atlantic City, check in with American and clear security, which is much easier at smaller, regional airports.

Then, rather than board a plane, they would board a Landline bus decked with American’s livery and head to Philadelphia.

Guests will not have to go through security again in Philadelphia and would instead go directly to their connecting flight.

Customers can start and end their traveling journey at their local airport.

With the Landline vehicle transporting them both ways, the customer can leave the driving to someone else while they start their vacation early.

This multimodal transport will save customers from driving to Philadelphia themselves, certainly saving on gas.

Why use multimodal transportation?

Multimodal transport is likely to become more popular, especially due to its positive environmental impact.

More and more transit companies will realize in the years ahead that matching schedules between trains, busses, subways, and airline departures just makes sense.