How to Be Italian While Traveling

What Does it Mean to be Italian?

Is it pausing to enjoy an aperitivo or gelato? A passeggiata down a laneway steeped in history? An August spent tanning at the beach? How to Be Italian: Eat, Drink, Dress, Travel and Love La Dolce Vita answers the question.

This book is a celebration of the Italian lifestyle – an education in drinking to savor the moment, traveling indulgently, and cherishing food and culture. A lesson in the dolce far niente: the sweetness of doing nothing.

We may not all live in the bel paese, but anyone can learn from the rich tapestry of life on the boot.

From the innovation of Italian fashion and design, the Golden Age of its cinema to the Roman Empire’s cultural echoes (and some very good espresso), take a dip into the Italian psyche and learn to eat, love, dress, think, and have fun as only the Italians can.

Coming to Italy to Feed the Soul

Just as aristocratic youth did during the Grand Tour of the 17th and 18th centuries, people continue to come to the boot-shaped peninsula to feed the soul: to explore the eclectic and magnificent mix of architecture, monuments, history, and food.

Italy is undeniably one of the most popular destinations in the world.

This is the country that has turned former monasteries and lighthouses into luxury hotels, where infinity pools stretch out over striking cliff edges, where you can dine in millennia-old vineyards or lemon groves, sleep in a Masseria, castle, or villa and swim in lakes with views of mountains – all the while eating the most unforgettable meals of your life.

Traveling throughout Italy is spellbinding and immerses you in the unique feeling that only the bel paese evokes.

It’s no accident that the very concept of traveling for pleasure has its origins here. As those aristocrats on the Grand Tour traveled through Italy, they would be immersed in Florence’s Renaissance art for weeks, in Rome, the ancient ruins and Baroque masterpieces, and in Naples, they would study music.

The horse-drawn coaches might be gone now, but not much has changed. These destinations are still Italy’s must-see spots, and while portraits may have been replaced by selfies, the nobility certainly knew what they were doing when they created their itineraries.

If the Grand Tour was a quest for enlightenment and living in the moment, then travel for Italians is that and more. It is purely indulgent and about completely checking out. It’s slow, it’s meaningful and it’s about discovery.

Travel is so guarded as a tradition, that irrespective of your socio-economic or employment status, even just a couple of days off at Ferragosto or a settimana bianca – if skiing is your thing – is non-negotiable.

Italians travel throughout the year, around festivities and national holidays, but never more than in summer. In 2019, from June to September, over 30 million Italian residents went on holiday – that’s half the population.

The length of time Italians travel varies and is dependent on a number of factors, including limitations on taking your four weeks’ annual leave in bulk.

Usually, travel is taken in short bursts; national holidays – like la Festa Della Repubblica on June 2nd or Primo Maggio on May 1st – and religious festivities like Easter are popular for short trips.

A long weekend, or when you add a day to a public holiday, is called il Ponte: this literally translates to ‘bridge’. For these shorter trips, or just for the day, local countryside, small towns, Borghi (medieval villages), or the Italian art cities are preferred.

In winter, however, many Italians take to the slopes in the North, namely the Dolomites or Italian Alps, the Aosta Valley, or the Savoy Alps west of Turin.

Famous chalet towns from Courmayeur to Cortina D’Ampezzo and Abruzzo’s famous Gran Sasso mountains fill up over the winter months with Italians taking their Settimana Bianca.

Whatever the season, however, traveling by car is common within Italy. From the top of the boot to the heel, we are talking less than 1200 km (740 miles); it’s only a 12-hour drive from Turin to Reggio Calabria and there are plenty of Autogrills along the way for a lunch or coffee pitstop!

On the roads, of course, it’s not just cars; the standout is the scooter, Vespa, or the old Lambretta. The recognizable sound of their engines and scenes of them zipping across a piazza, down a cobblestone alleyway, or down those spectacularly winding and hair-raising cliff edges are so Italian.

These coastal roads might not be for the foreign and faint-hearted, but in Italy, they’re a normal way of getting from A to B. It’s not just the cliffs that are scary, however.

After a decade of living in Rome, I’ve developed car anxiety; I’ve been in too many taxis on the Roma-Fiumicino where the tassista slams the brakes. While traveling at 140 km/h (85m/h), all the while talking on the phone. At this point, I feel safer in the air than I do on that freeway.

Traveling in Italy as a foreigner can sometimes look like a chaotic mess, from the congested roads in cities where speed limits and road rules don’t seem to exist, to questionable parking and regional differences of organization.

These are often more pronounced during travel periods, and I’ve witnessed many entertaining scenes of enraged Milanese who are absolutely incredulous at boat connection delays in a Sicilian port.

It’s definitely not perfect. But – for me, at least – the beauty outweighs the frustrating madness, and somehow in some (often inexplicable) way, it just works. 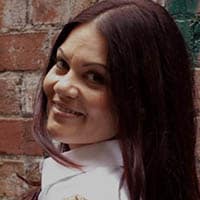 Maria Pasquale was born in Melbourne to Italian parents and has been based in Rome since 2011. With formal qualifications in political science and history, she is an award-winning food and travel journalist and writes regularly for USA Today, CNN, Condé Nast, The Telegraph, and Fortune. She is the founder of the popular blog HeartRome, which has readers in 100 countries, and in 2017, she published I Heart Rome with Smith Street Books.