Hunting for Truffles in the Piedmont Region of Italy

This is an excerpt from the new book Barolo, about the author’s illegal work in the Piedmontese food, wine and truffles industry, published by the University of Nebraska Press, 2010. 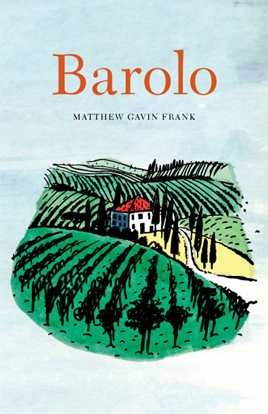 In Alba, Italy’s rain, my hair flattens wet against my skull. Hugging the shopfronts of Via Vittorio Emanuele, I see a white triangular peak in the distance. It could be anything—a downed mountain bowing to commune with this street, the cobblestone river that carved it—except, glowing with rain, it looks to be made of canvas. I know.

I know. It is October. This is Alba. Simple arithmetic: October + Alba = Truffle Fair. Math never smelled so good. I thank the wet heavens for this day off. I am in Italy’s Piedmont region to work the seasonal wine harvest, sleeping in a tent in the garden of the Il Gioco dell’Oca bed-and-breakfast. But today, I am relieved of my grape-picking duties, and the white truffle beckons.

The truffle is an underground fungus of the tuber genus (some call it an underground mushroom), found beneath the bases of oak, linden, poplar, elder, willow, and wild hazelnut, where they establish a symbiotic relationship with the tree.

They enjoy a cool soil about eight to ten inches below the earth’s surface. The truffle’s roots are as strong as its perfume. They are incredibly thick and intricate, surrounding the “fruit” or “gleba” with a cortex called a “peridio.” These characteristics vary greatly among the varieties of truffle, distinguishing each gem to the scrutinizing eye of the truffle hunter.

Truffles themselves are surrounded by legend. A famous Italian tale from the Piedmont region claims that truffles make their homes in the graves of dissipated gnomes and that their often-irregular shape is a result of the heartbeats of soon-to-be-sleeping plants.

Truffle hunters, or “trifolau,” have always had their quirks and secrets, and their own fair share of lore. Often disguised as a man and his dog strolling an autumn hill at night, the trifolau are reputed to walk with lighter steps than the rest of us, and speak only with necessary words.

The truffle-sniffing dog or “tabui” is calmer at night (hence, the typical night hunt); also, the night protects the trifolau and tabui from the imploring eyes of others. (Pigs can also be used to detect truffles, but dogs are preferred since they are less likely to eat the reward).

This peak in the distance is the demure cap to Alba’s famed truffle tent. Polar, bearish, the fur on the back of my neck stands up.

Soon, I am at its entrance and, ducking my head like a linebacker preparing to unleash a bone-crunching tackle, I dip my white face into the seas and come up with a salmon, flapping into U, inverted-U, U, inverted-U in my jaws.

Umbrellas woosh open and closed around me, people entering, people leaving. What an indulgent invention the umbrella seems in a tent so connected with the soil—with these personal hand-held awnings, nobody gets wets, and in turn, nobody dries off.

A Vacuum of Aroma and Taste

I shudder from the waist up as a dog shedding a rain-sheen onto a business suit or two, and survey this white vacuum of aroma and taste and commerce. Row after row of truffle vendors chat with a clamorous array of buyers, displaying their wares that they dug from deep earth oak tree bases with the aid of their sniffing dogs.

And now, these black and white delicacies, the essence of earth and epitome of fungus, lie platter-lit under glass containers, exhumed by the merchants to be held, like their children, to the noses of probable patrons. This is the second coming through a kaleidoscope. The dirty gray rock-like truffles, so much like figs, play their cards close to their chests until the glass container is lifted and aroma spills the room like oil.

There is something in the contained stoicism of a red-bearded man in the tent’s west corner that makes me want to buy a truffle from him. He, unlike the operatically effusive majority, seems to share the wise hermit nature of the truffle itself. He knows. That’s all.

I walk to him, the sea of people and their downward-pointing umbrellas rushing from my heels like jet smoke. His red face, unearthed just this morning perhaps, spreads in a bread-and-butter grin. Wordless, he reaches for his platter, left hand bracing its bottom, right hand poised on the container lid. This is potential energy as it should be.

In what sounds to me like a blubbering cry, I ask, “Quanto per uno?” He waves his chapped hand over the pile, indicating that I choose my favorite. Always the champion of the underdog, I choose the second one from the top, a battered golf ball of a tartufo boasting the elegance of the clubs that hit it.

Red-Beard, with a thumb and forefinger, lifts it from its family litter. It wriggles and wags like a puppy. The next thing I know, it’s in my hand. Its touch is gold and scab, bottlecap and skipping stone.Two steps later, the lid is off, the sweet white truffle smell of soil and mushroom, corn husk and asphalt gift-wraps itself bowless over the back of my head, grabs me my the ears like a schoolyard bully. I am thrown face first into this silver platter’s playground dirt. This is not fair. I’m telling on you. I want my mom.

Give me a Truffle Shaver!

Once a white truffle touches your skin, a strange symbiosis ignites. A purchase is inevitable, even for those with a psychotic regard for self-denial. Rough, dimpled, irregular, geologic, its bloom waits for contact with a truffle shaver and a quail egg, a plate of ravioli, a loin of venison. I’ve never felt the stirrings of fatherhood before, but…

And just like that, he picks it from my palm as a poppy, weighs it, and writes £80,000 on a slip of blue paper. Forty dollars for an entire white truffle—worth about $1,800/lb. in the U.S.—forty dollars for a tongue’s meditation stone that will span a week’s worth of dinners.

I want to weep. I want to pray. I want to, and do, hand him the money, and he proceeds to wrap the sweet baby in a fan of white tissue paper, then places it into a tiny paper bag. I hold the bag to my face and breathe as if hyperventilating, as a horse licking the first or last oats from its feed-bag.

Then Red-Beard, perhaps as penance for his namesake’s pirating, perhaps due to my treasuring of his ware, removes a plum-sized black truffle from another platter, wraps it, and hands it to me without so much as a “Prego.” I match his silence, my hands go numb, my hair most assuredly turning white. I am in a place where the purchase of a white truffle gets a black truffle thrown in for free.

This place is Alba, Italy. $19.95 for twenty steak-knives be damned. I reach my bagless hand to Red-Beard and he shakes it, his palm rough as cornflakes, eyelids drooping nearly to the corners of his mouth.

Retreating to the tent’s entrance, the other merchants thrusting, then cradling their truffles under my nose, offering their perfume, my eyes begin to water, my breath shortens, my head spins in a wild vertigo. This is sensory overload at its best, the ripe fungal blossom of the tent tattooing itself into my nostrils. I need to take a breath of rain.

And in a step, stutter, step, I am back in it, iron pencil sky relentless in its spewing. I tuck the truffle bag into my windbreaker’s heart-pocket and make for the bus back to Il Gioco d 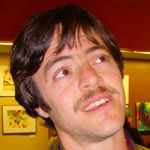 ell’Oca, where the kitchen will hopefully be empty, and my tent, most certainly, saturated.

Matthew Gavin Frank’s writing has been published in The New Republic, Plate magazine and the Best Travel Writing of 2008.

Love Italy? Get our Italy Plane Reader with dozens of stories about Italy, to go on your Kindle!