Summer is Wonderful in Nouvelle-Aquitaine, France

An Itinerary of Summer Activities in Nouvelle-Aquitaine, France 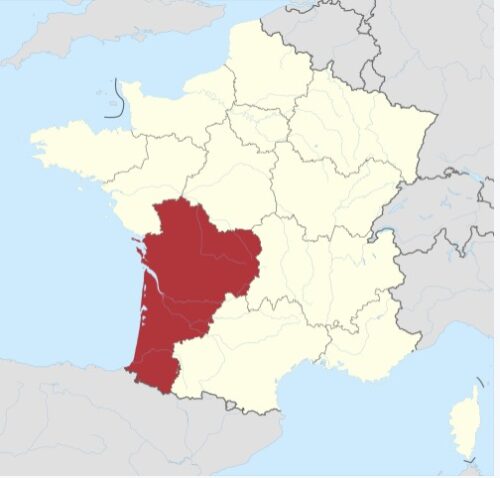 Need plans for this summer? Worry no more! Nouvelle-Aquitaine is the largest administrative region in France and has a full itinerary of events for this spring and summer.

From the months of May to August, there is an endless amount of family fun activities across Nouvelle-Aquitaine.

A chocolate Shop in May

The delectable Journées du Chocolat Festival takes place from May 13-15 and takes place in Bayonne.

Annually, the Southwestern city celebrates tasty hand-crafted chocolate and the history behind it.

The chocolate originated from Jews who fled Spain and became refugees in Bayonne.

They brought their chocolate-making skills with them, which earned Bayonne the title of the chocolate capital of South-West France.

The festival allows chocolate enthusiasts a tour of the Cazenave Chocolate shop.

The shop was established in 1854, and is still decorated with the original light fixtures and table clothes– how more authentic could you get?

At Cazanave, chocolate is enjoyed in a liquid form.

Dating all the way back to 1609, Jewish chocolate makers in town would roast cocoa beans in a tiny baking oven.

Next, they would chill the beans in a cloth bag and mash them into a paste using a contraption crafted from bronze and wood. The beans were then placed onto a curved stone fixture.

For hours on end, the chocolatiers would mold the chocolate into a liquid form and whip it so it could be assembled into a piquant cup of hot chocolate.

Town goers were envious of the secret recipe because no skillful chocolate maker could achieve the same desired texture and taste.

In 1761, the secret recipe was leaked and stolen by the town’s Catholic chocolate makers.

It is the only factory in Bayonne that continuously works straight with the raw cocoa beans.

Their shop specialty is their very own chocolat mousseux.

The treat is a blend of cocoa beans from South American countries, and the tropical blend includes cinnamon and vanilla flavors.

The milk used in the recipe is delivered to the chocolate shop’s doorstep in metal buckets from local farms.

The ingredients are whipped into a froth by a manual centrifuge while it is on the stovetop. After it is ready, it is served in ornate porcelain dishes that are decorated with small blush rose designs.

The notes of chocolate waft throughout the shop, and lures people in.

Wanda Mon, a customer of Cazenave, says the shop is “ the best place in Bayonne to enjoy a good hot chocolate! Try the house specialty: sparkling chocolate served with a jar of homemade whipped cream, and buttered toast. A delight!”

When traveling to France, it is important to note how relevant comics are to them; it’s some serious business.

Angoulême International Comics Festival takes place at the end of June from the 24th to the 27th. The celebration has a completely opposite feel of the famous Comic-Con event in the United States.

In France, it’s all about books. In America, it’s more about pop culture. Travelers will get to experience a commodity different from any other comic festival that is existing today.

The festival transforms the city into the international comic strip capital and celebrates both art and music. The most prestigious comic creators in the world attend the event.

It is the second-largest comic festival in all of Europe, right behind the Lucca Comics & Games festival located in Italy.

Comic lovers revel in the festival, but the events that take place are just as enticing to those who do not closely follow comics.

The festival dives into the history of art in France and the significance it holds to them.

An arrangement of renowned awards are presented at the festival, ranging from Best Comic Book Award to the Young Talent Award.

Guests are able to get to be the first to see the artist’s newest creations and they are also able to meet the creators.

A Jam-Packed July in Nouvelle-Aquitaine

A wide range of artists attends, making the concerts desirable for all ages. Rock, electronic, pop, hip hop, and rap are the music genres. Headliners include Mika, The Avener, Pnl, Nekfeu, and dozens more.

Creative workshops are set up if you are interested in producing your own music. If you or one of your friends/family members are under the age of twelve, they have the opportunity to attend a film-making course and tap into their creative potential.

If you need a break from the concert scene, take a walk to the Francocéan village, located right on the shore. Dances and ocean activities take place all day in the village so you can get away from the concert crowds.

If you want to have a complex dissection of music, join other music enthusiasts, artists, journalists, and authors at the Francofolies Café. This is a designated area for enthusiasts to have stimulating conversations about the art of song and a place to unravel and relax.

Get your flip-flops and beach clothes ready, because just days later is the Brive Festival. From July 22-25, the festival takes place on the beach right in the middle of the town.

Headlining acts perform and new artists have an opportunity to perform on the OFF stages.

Attendees have been nicknamed “Gaillards,” due to the laid-back atmosphere and beachy surroundings. The ambiance is family-friendly yet urban and is the epitome of summer.

The program offers 4 different passes for each of the days. Several different artists perform at each and the starting price is €45.