The Death of Culture Shock

Is it Me that has Become a Cynical, Antiquated victim of Golden-age Syndrome?

In the times of corona (which sounds like a new age Gabriel Marquez novel) the working environment has been altered forever, for good, for bad?… who can tell, but needless to say, remote working (of which I have been a strong advocate for over a decade) is here and here to stay.

The advance in technology has made the world a much smaller and more accessible place. The current pandemic has accelerated the normality of remote working which will inevitably offer travel opportunities like never before for many people, that is, when or indeed if current restrictions and threats are eradicated.

As well as, I must say if airlines and travel companies overcome a tough time and current laws and economic conditions continue to keep travel prices absurdly low in this age of carbon addiction.

I remember when I was 16 years old working in a petrol station at 5.45 am on a Saturday morning I would collect the newspaper deliveries and had to insert all the supplements into the broadsheets. At the end of the day the unsold newspapers were returned but I always used to ‘borrow’ the travel supplement from the Independent.

I could literally recite those Simon Calder reviews and the images of faraway lands were emblazoned on my retinas. I kept a list of all the places that blew my mind, where I wanted to see, to stay, to eat, and things I wanted to do in those places.

At the age of 17, my friends were saving for bottles of WKD and weekend ‘aftershock’ shots with the exotic dream of a lads trip to Faliraki. I had an insurmountable list including; traveling with the Berbers to see shooting stars in the Sahara Desert, touching the holy wall in Jerusalem, hearing the roar of Victoria Falls, standing on a glacier in NZ, eating noodles in Singapore to name but a few.

The list was/is ever-increasing far quicker than one could ever or will ever achieve. But, with age, technology, the loss of the unexpected the loss of uniqueness the overall change in mentality due to social media means that the fire is no longer burning as it once was in its place an ember merely glows which makes me sad.

Although that ember will never go out it seems to be stoked in current times not by the once alluring pull of Agra or Giza instead these modern-day circuses have been top-trumped by barely inhabited or pronounceable Welsh coastal towns merely an hour from my home.

Getting my Travel Fix

When I was a 20-something travel junkie, I worked night and day to establish my own company that would allow me to travel the world to get my travel fix while still being able to work as normal which at that time was a little tricky but nonetheless achievable. In the early 2010’s many who had achieved this Shangri-La work state went by the name of freelancers nowadays remote worker or ‘Digital Nomad’ is more the used term.

I felt like I had won the life lottery at this time I felt like I was cheating the norm – all my friends in a dark, and wet UK office working ungodly hours on a gloomy December day and due to the time difference I had already finished for the day and going for a balmy 30-degree surf to pass the time.

Then it arrived like a cancerous tumor a small lump first felt in 2006 that I gave no notice to and it went by the name of Facebook. Over the next decade, it would grow like cancer and spread until it was terminal; Facebook, Instagram, YouTube, etc. Although these are amazing tools that should bring the world together, I personally felt like these applications were somewhat of a poisoned apple.

Admittedly and paradoxically as a digital nomad I am somewhat of a technophobe and consciously try to limit my time to such apps and digital devices as a whole.

At the start, these outlets were wonderful, the comments sincere, the travel bloggers/vloggers authentic dare I say it inspirational, the audience truly global with never before insight available on demand at a touch of a button. However, as the seasons passed and the leaves fell from that apple tree became more soured click by click. Soured by advertising, corruption, misguidance, clickbait, and the deadliest of foes –narcissism.

I feel lucky that I started to explore this beautiful planet at a time that pre-dated a world saturated by social media. A time where people felt intrinsically lucky, honored and humbled to encounter such alien cultures, civilizations, climates, fauna & forma.

I watch old-school Michael Palin documentaries and it warms my heart and now I honestly believe that certain experiences such as those are no longer possible and have been somewhat stolen. These magical moments replaced by the overwhelming need to post ‘the’ place to be or a selfie in the ‘trending’ vista, bar, or beach.

Tropical islands once an Eden including the likes of Zanzibar, Isla Grande, Koh Phi Phi, Bali, Palawan, Santorini stripped of their dignity and sold to the highest bidder.

Let’s just hope that the walks around Llanfairpwllgwyngyll don’t become overrun with bikini-clad influencers who have more filters than you can shake a stick at.

Do young people travel for the joy of it these days? Do they seek to find the unexpected or the otherworldly? Without a doubt, some do but cynically I feel that a lot of travel is so scripted in the sense that people are going to obtain ‘that shot’ for their Insta feed – They know where and how they will take the picture the caption that will accompany it like they are collecting stickers in a sticker album trying to complete it.

It is like they are traveling to said place as a checklist activity, tick picture taken on the swing in the Gili Islands. I honestly feel their soul would be more enriched if they left the camera at home jumped in the car went somewhere, they had never seen, or even heard of, and did not feel the need or addiction to share that episode. Simply walk around chat to the locals about nothing and everything.

Is it me that has become cynical, antiquated, a victim of golden-age syndrome? Possibly. However, I am a person truly happy in my skin, with my life, looking at old pics in albums that I regularly thumb through rather than thousands of disingenuous snaps stored in the chasms black hole of Facebook media.

Pictures so filtered that they bear no resemblance to the actual place they represent leading to a somewhat anti-climax on reaching the destination rather than the common slack-jaw reaction I used to have of  ‘the pictures just don’t do it justice.’

My hope is that a global pandemic paralleled with a deeper understanding of the environment and how to care for her will realign the things in life that are truly important and wondrous. 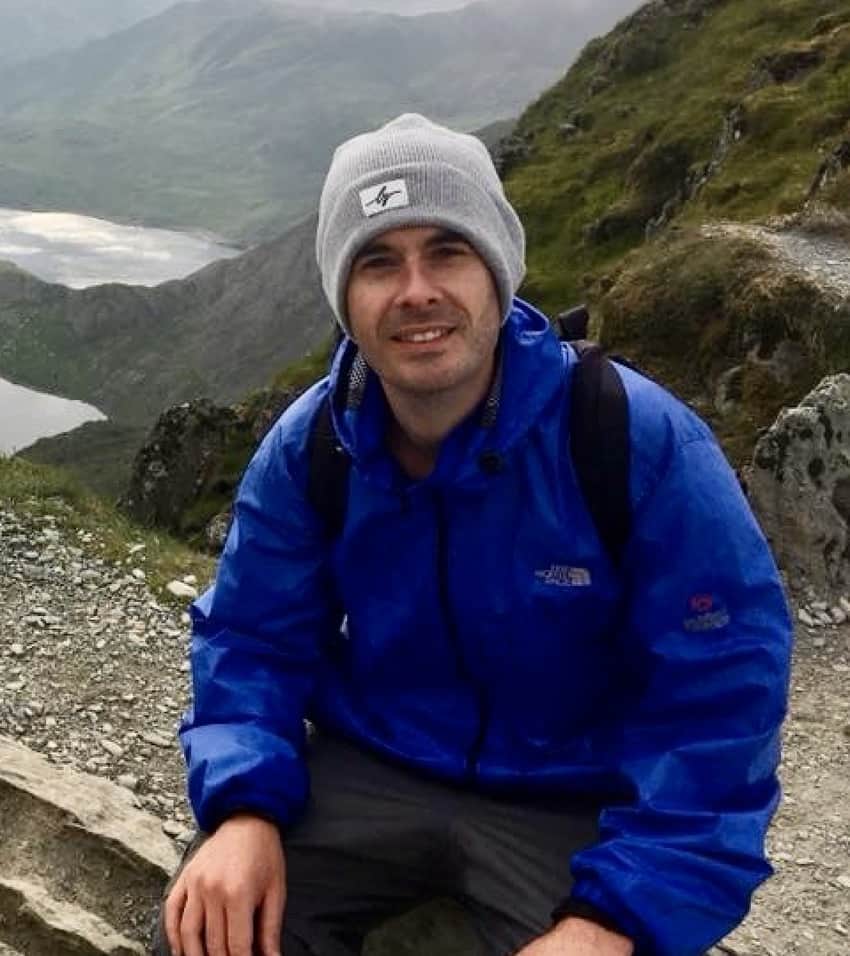 James Gilmore figured out how to earn a good living in the financial realm, today he lives in North Wales, UK, in the summer and travels for holidays during the winter months.