Cape Ann, Massachusetts, By the Atlantic

In these still-uneasy days of the 2020 Pandemic, we’re all looking for that dose of what makes us feel good.  And for my partner and painter, Mary Gilman, that means vitamin O, which stands for Ocean. 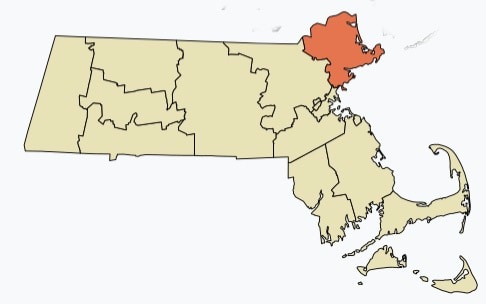 The Atlantic will do, and in Cape Ann, that second Cape of the Bay State, the ocean and its bounty are a big reason people love it there.  We spent a few nights on this Cape, located north of the state capital Boston, in the towns of Essex, Rockport, Gloucester, and Manchester by the Sea.

Our mid-September visit began by checking in at Rockport Inn and Suites, where they have 72 rooms that offer living room/sleeping room combinations that were comfortable and affordable.

The pool proved to still be a popular draw even in the languid end of summertime, as was the outdoor gas fire pit.

Everything at the hotel was pandemic friendly, from the masked lobby staff to the lack of room cleaning, the new normal. But it made us feel good about our two-night stay there.

We arrived in downtown Rockport at around 7:30 pm, and many people like us were walking around and considering their dinner options.

One place that’s well-known is Roy Moore’s Fish Shack, which is hardly a shack and is located at the beginning of Bearskin Neck, the mostly pedestrian walking area.

Across from Roy’s, we found the Blue Lobster Grille, and we were pleased to be able to grab one of their outdoor tables, as the light began to fade.  Inside, at any other time, people would be dining in their spacious dining room overlooking the harbor.  But not this year…

Our friendly server hooked us up with delicious breaded bay scallops and wine, and we were happy as clams!

We strolled around Rockport after dinner, peeking in the windows of the more than 37 art galleries, many of which are staffed by the artists who painted the work on the walls.

One stand-out gallery was David Arsenault, who moved to Rockport from Albany NY, and proudly sells his work in a downtown gallery space, right on the harbor.

Arsenault’s work includes many familiar scenes of Rockport and included a painting of the stage at the Shalin Liu Performance Center.

This stunning Rockport arena has a giant picture window nearly floor to ceiling, providing a view of the harbor from the back wall of the stage, which is stunning if not a bit distracting.

Arsenault’s paintings are realistic and dramatic and he also creates prints out of canvas out of the original oil paintings.

On Saturday morning, we arose hungry and ready to explore. The first stop was some al fresco breakfast right up the road from our hotel, at Lattof Farmhouse Kitchen, where the friendly proprietress greeted us at the door.

I ordered an everything bagel with salmon plus some eggs with bacon, to go and we consumed it at their picnic tables.

Then we were off to Halibut Point State Park, one of several large granite quarries that gave Rockport its name.  Though the granite industry withered during the Great Depression, today there are many that you can swim in.  It just takes knowing a local who might have a key. 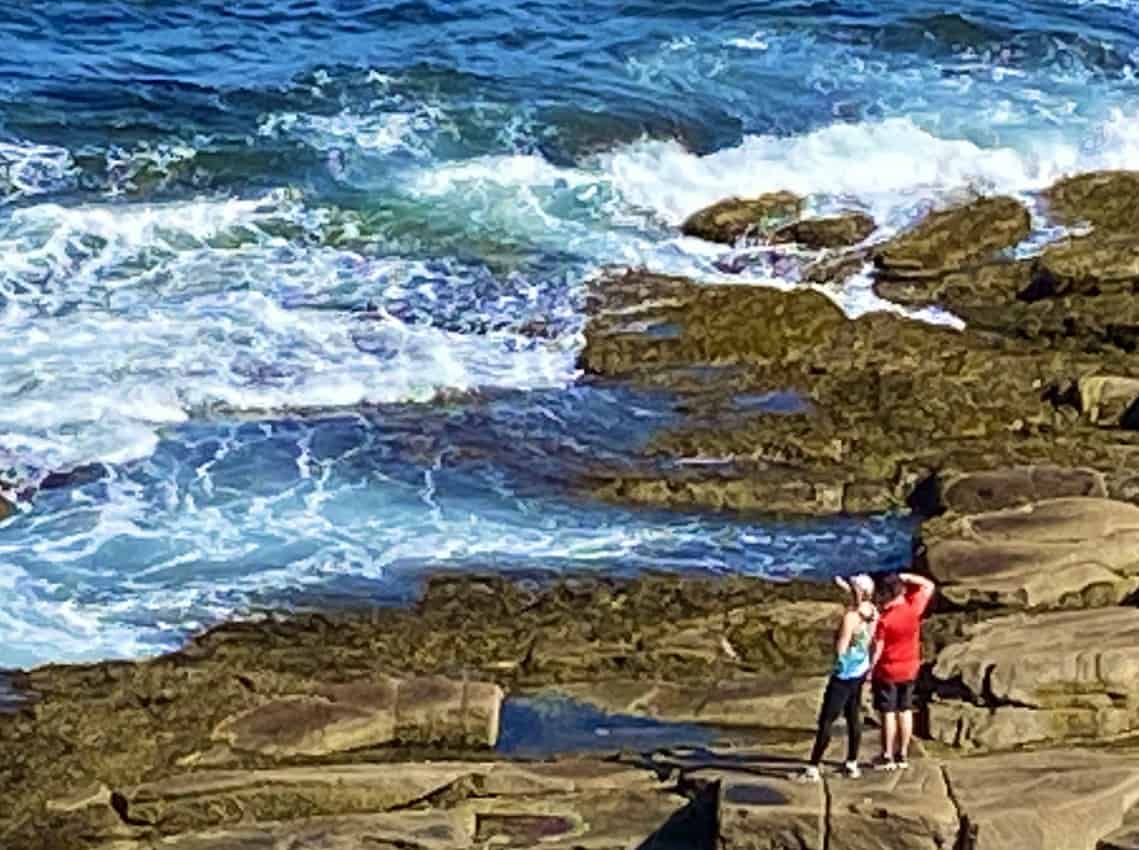 remarkable hike, the steep drop down to the water-filled former quarry is framed by the view the nearby ocean.

Along the coast, a striking man-made formation is the hundreds of pieces of granite that were the wrong size and got dumped into this massive pile right on the beachfront.

The flat stones and the big breaking waves make this a popular place to ramble.

This part of Massachusetts is not nearly as well-known as Cape Cod, and it’s much easier to get to since there is no big Bourne Bridge to contend with.

The neighboring town of Gloucester has many interesting diversions and beaches too.

One of the most famous places in Gloucester is the Hammond Castle Museum, built in the 1920s by inventor John Jay Hammond Jr.

The wealthy tycoon built his dream house in three distinct parts, separated by a mini cathedral in the middle, and including artifacts and building facades (repurposed sections of buildings) he found in Italy and France, and a gigantic organ. that was once the largest privately owned organ in the western hemisphere)

The most interesting room in the castle is the one that shows the details about the 430 patents this interesting man collected over his long career.

From magnetic bottle openers to radio-controlled navy ships, Hammond had a vast imagination and had Thomas Edison as his mentor.  He built the castle for his wife Irene Fenton, who helped give it her own special touches.

Some of the other fun details about the house include a guest room with wallpaper chosen by Fenton, which hides the exits to get out, and the impressive War Room, with a giant mural of Gloucester harbor in an imagined sea battle by artist Eric Pape.

Many famous people visited Hammond at the castle and stayed the night, including Walt Disney and George Gershwin.

We were getting plenty of the Vitamin O that we needed, and it was beginning to feel like dinner time. And that meant, we were off to Essex, the home of many fine seafood establishments.

One of the oldest and most popular of them all is Woodman’s of Essex, owned by the third generation of Woodmans with the head man being Steve Woodman.

Steve’s grandfather Chubby invented the fried clam back in 1913 when he threw some of the bivalves into the oil cooking french fries. It caught on, and a legend was born.

This has been a tough year for this 100-year-old Cape Ann institution, since they normally would have already catered hundreds of off-site clambakes, employing hundreds of locals.

But with the difficulties of running a business during the pandemic, they can only continue to fill up their large backyard tent and use just a portion of their indoor dining rooms.

Gloucester is noticeably bigger and more populated than Rockport, it’s the home of Gorton’s of Gloucester and other large commercial fish processing businesses, with about 28,000 residents.

Magnolia was once the home of the richest members of Gloucester society, today it has shopping in small boutiques and galleries and is perched right on the ocean.

We stopped into a gallery called Arts Abound and met owner Sue Wheeler who showed us some interesting artist-crafted jewelry and her own custom made face masks, which have been big sellers these days.

Shore Road is a scenic traverse, lined with beautiful large houses and a rocky shoreline you can stop and enjoy.

Right down Route 127 from the Castle is another great hiking spot that provides those cherished ocean views. Coolidge Reservation offers 66 oceanfront acres along pathways that traverse a seaside meadow. Breathtaking vistas await with rocky outcrops, woodlands, wetlands, a sandy beach, and the open expanse of the ocean lawn.

The one-mile trail takes you to where a mansion once stood, with the ‘Ocean Lawn’ replacing the manicured greenspace with nature.

The only thing is that it’s tough to get a parking place, so arrive at Coolidge Reservation early, or late to catch a spot.

One of the most famous sights in Gloucester are the two statues that grace Stage Fort Park and the seafront promenade, lined with flags.

One is Man at the Wheel, a heroic fisherman, and the other is the Gloucester Fishermen’s Wives Memorial, devoted to those left behind when men go to sea.

Near the first statue, there is a bronze listing of thousands of names, showing how deadly the fishing business has been over the centuries to Gloucester fishermen.  Watching the boats cross under the drawbridge and seeing the dog walkers made for an enjoyable Sunday afternoon. 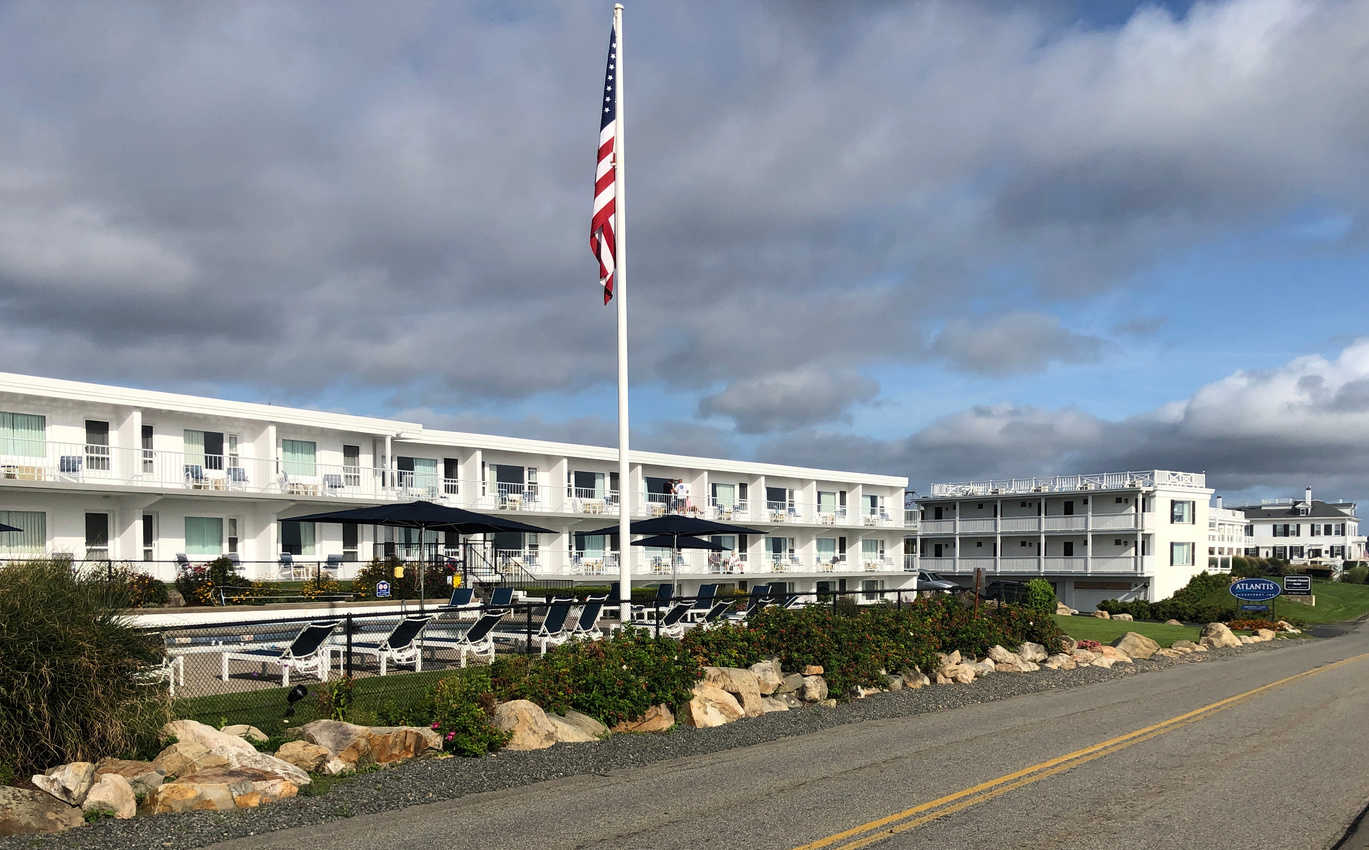 Brunch at the Atlantis Oceanfront Inn

We weren’t done with delicious food, however, and for Sunday brunch we stopped by the Atlantis Oceanfront Inn, on Atlantic Road.

With a breezy dining room, we decided that we would dine inside, and their brunch was the perfect repast.  The view from the hotel is all ocean, and there is a pool here too. Great spot.

We still had a little more ocean left before we left Cape Ann to return to our inland home.

Sandy Bay Tours and Charters was a fun way to get out into the big bay and get all kinds of information from the 40-year experienced captain of the small boat.

Captain George Story regaled us with stories about Rockport’s giant Sandy Bay, which is the world’s deepest and largest, and told us about how the huge seawall that still protects the harbor was built before WWII.

The company offers three trips a day, and it’s a great way to see all of the lighthouses and the craggy coastline of Cape Ann.

This trip was sponsored by the Cape Ann Chamber of Commerce but the opinions are his own. 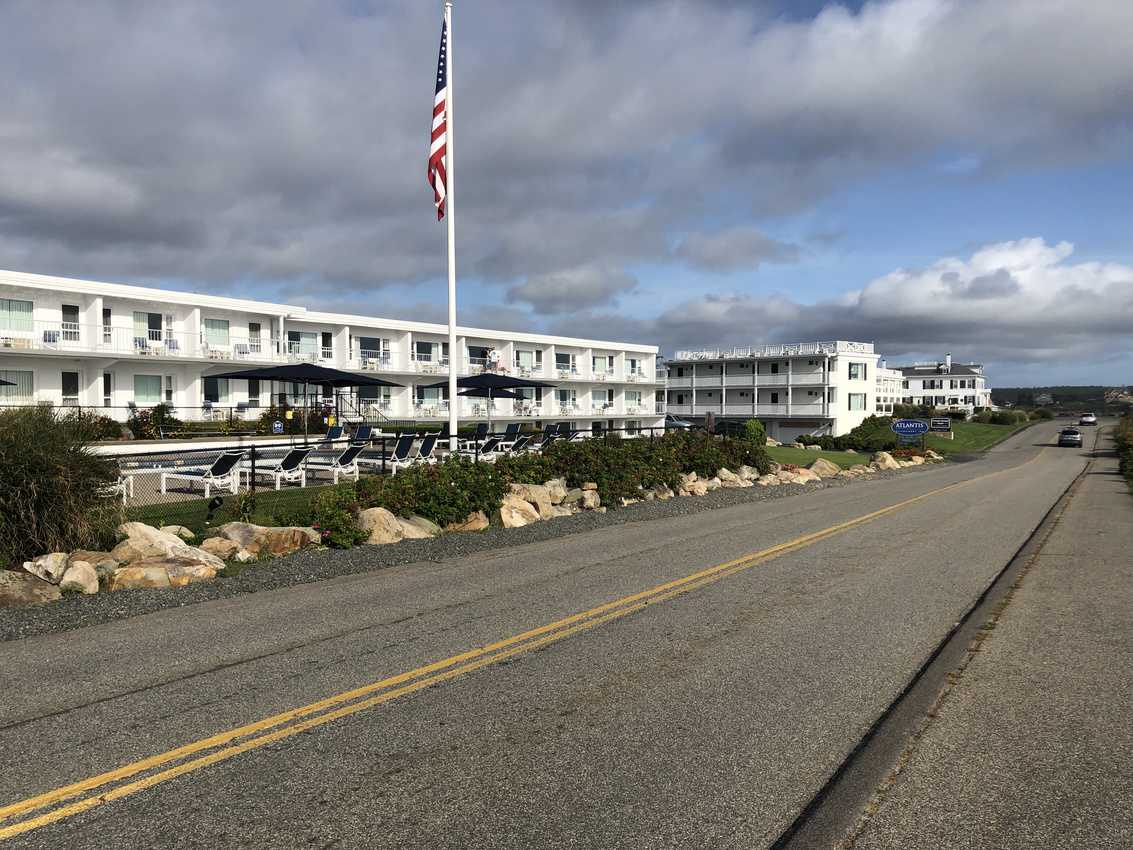 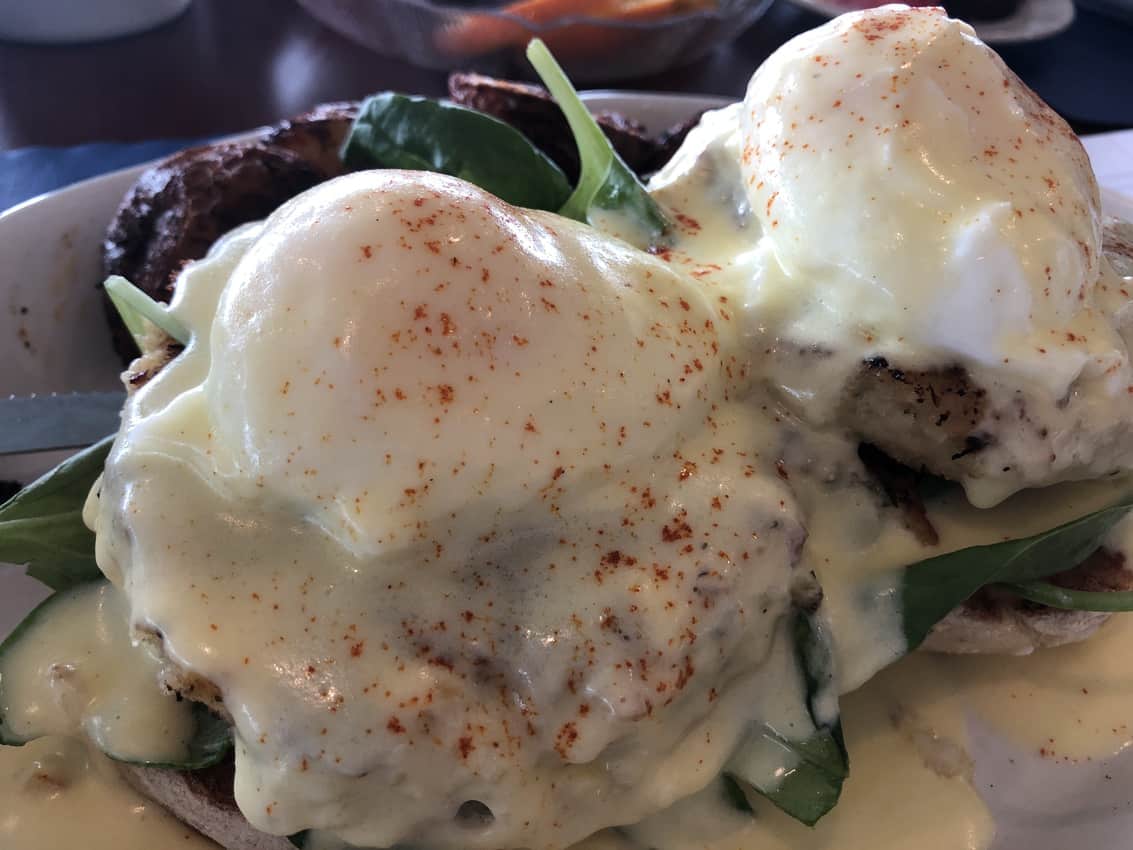 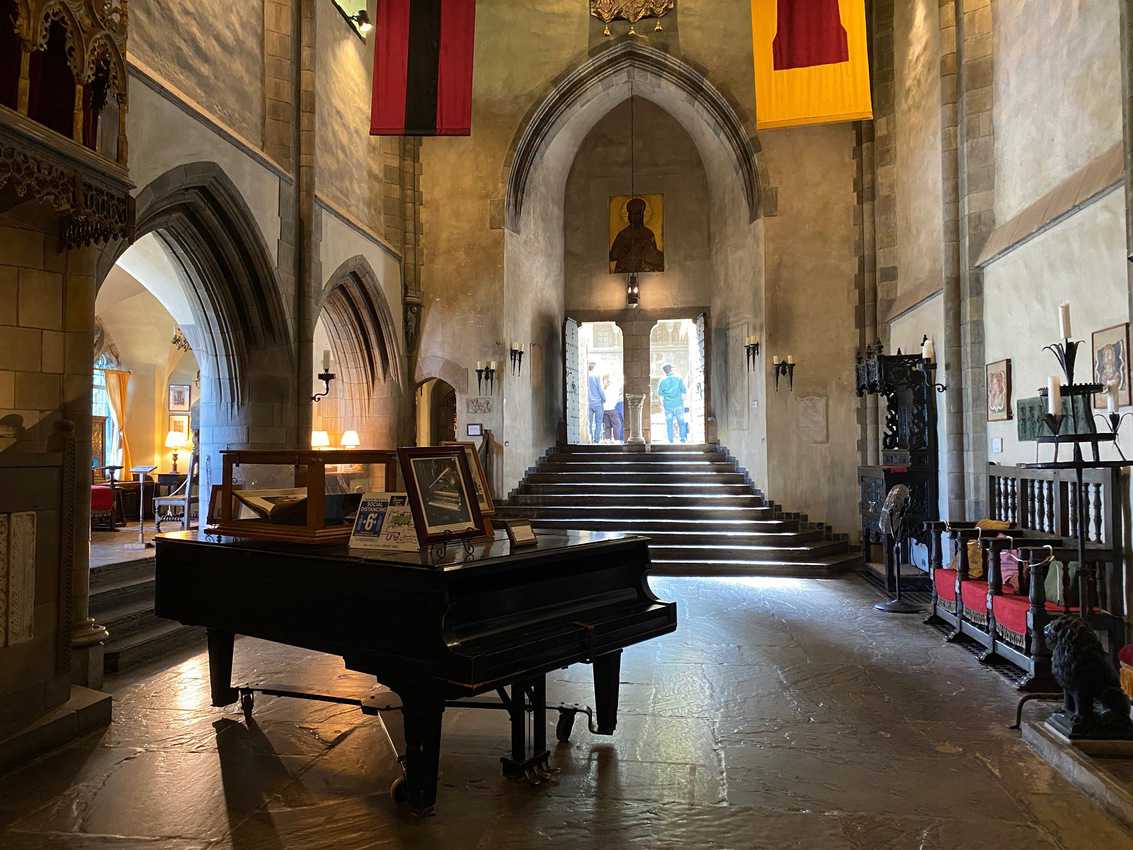 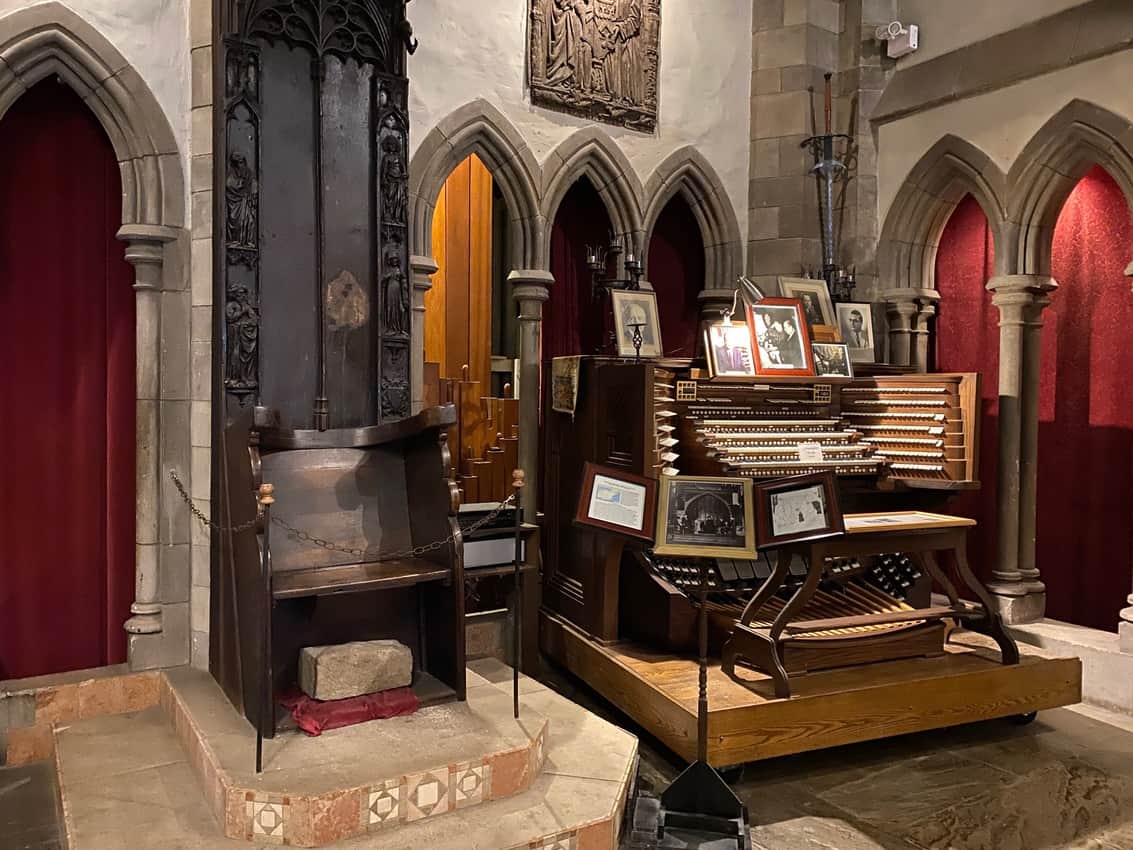 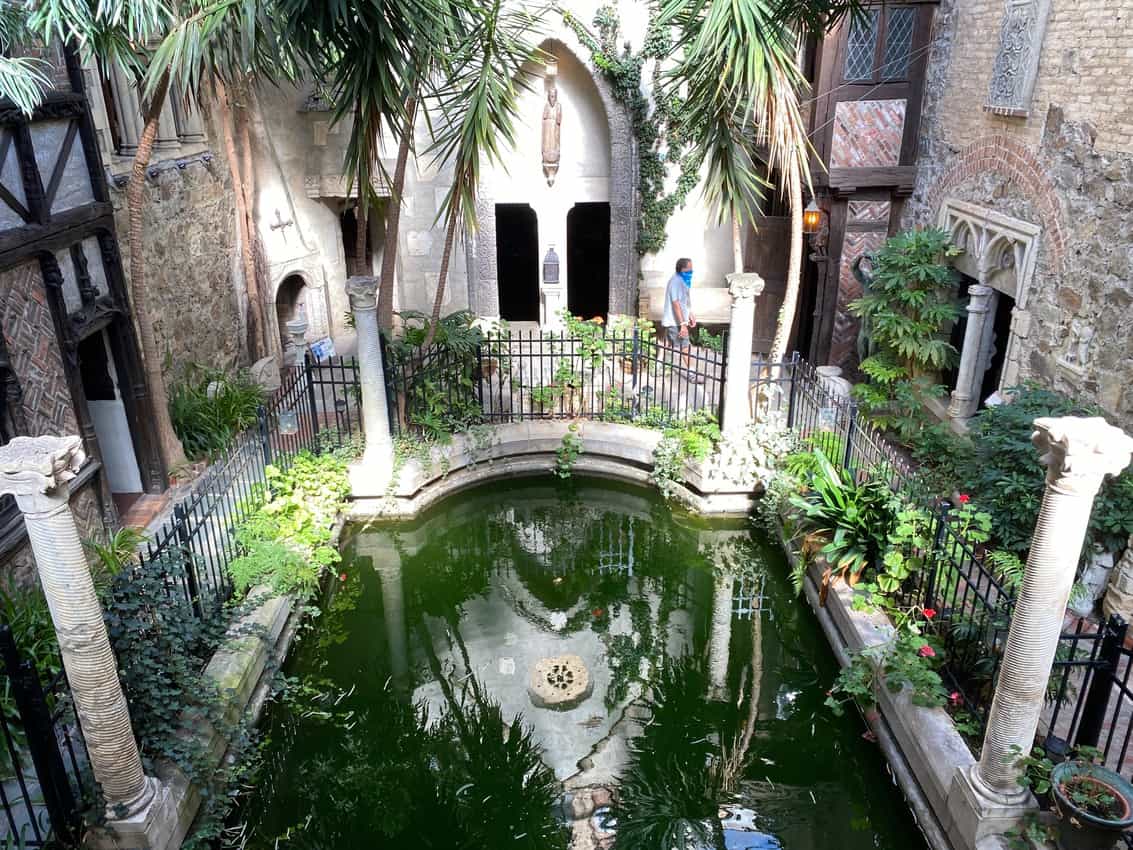 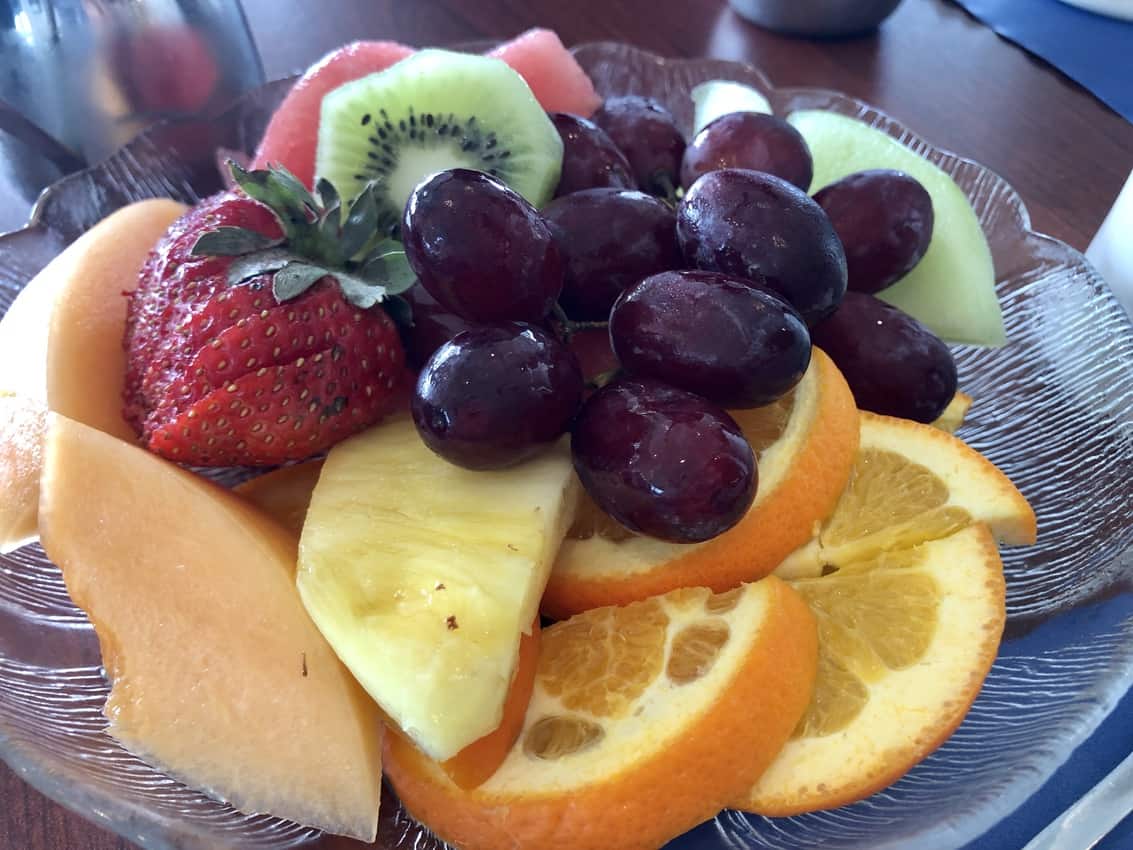 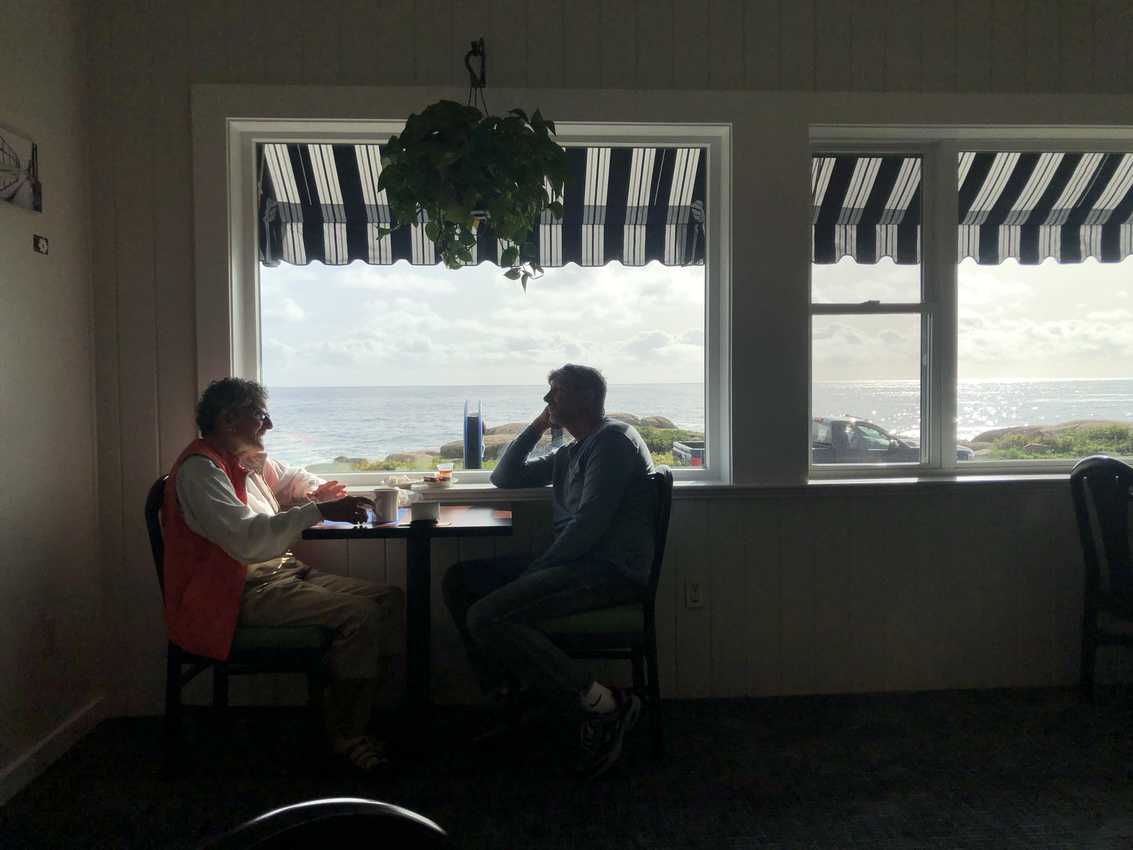 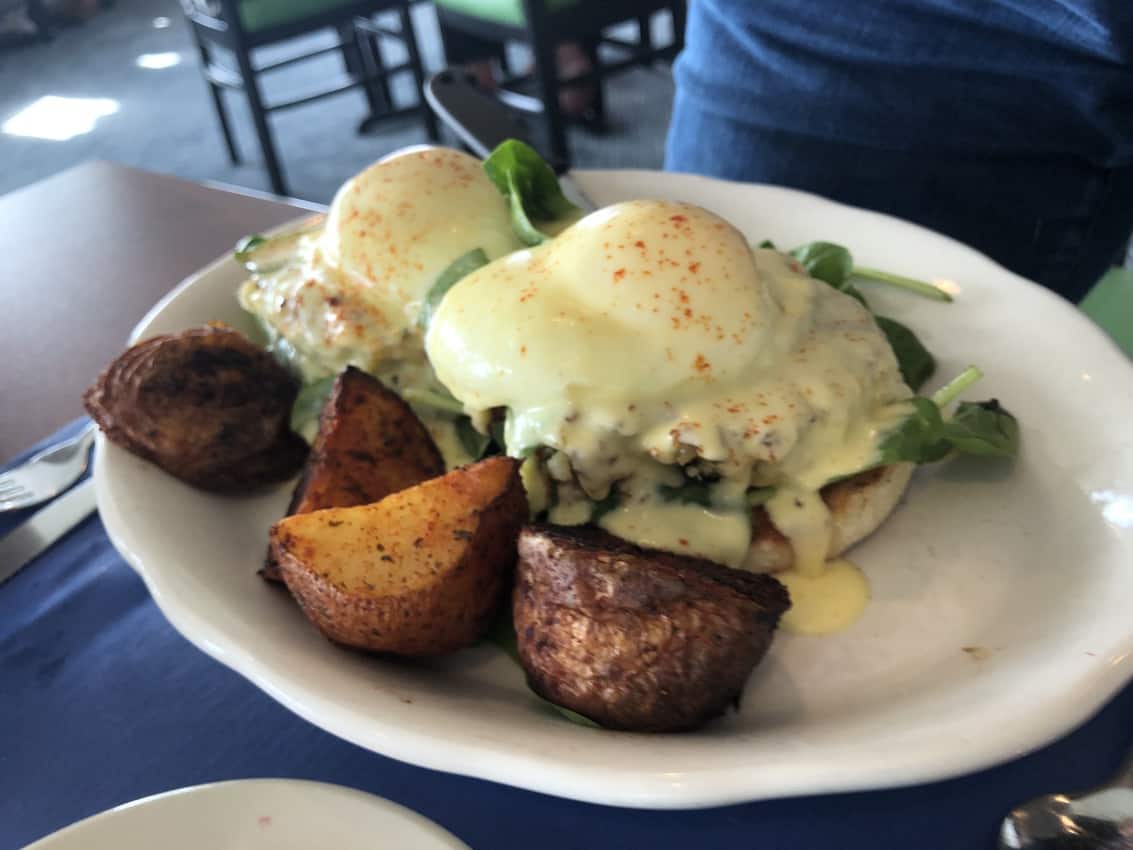 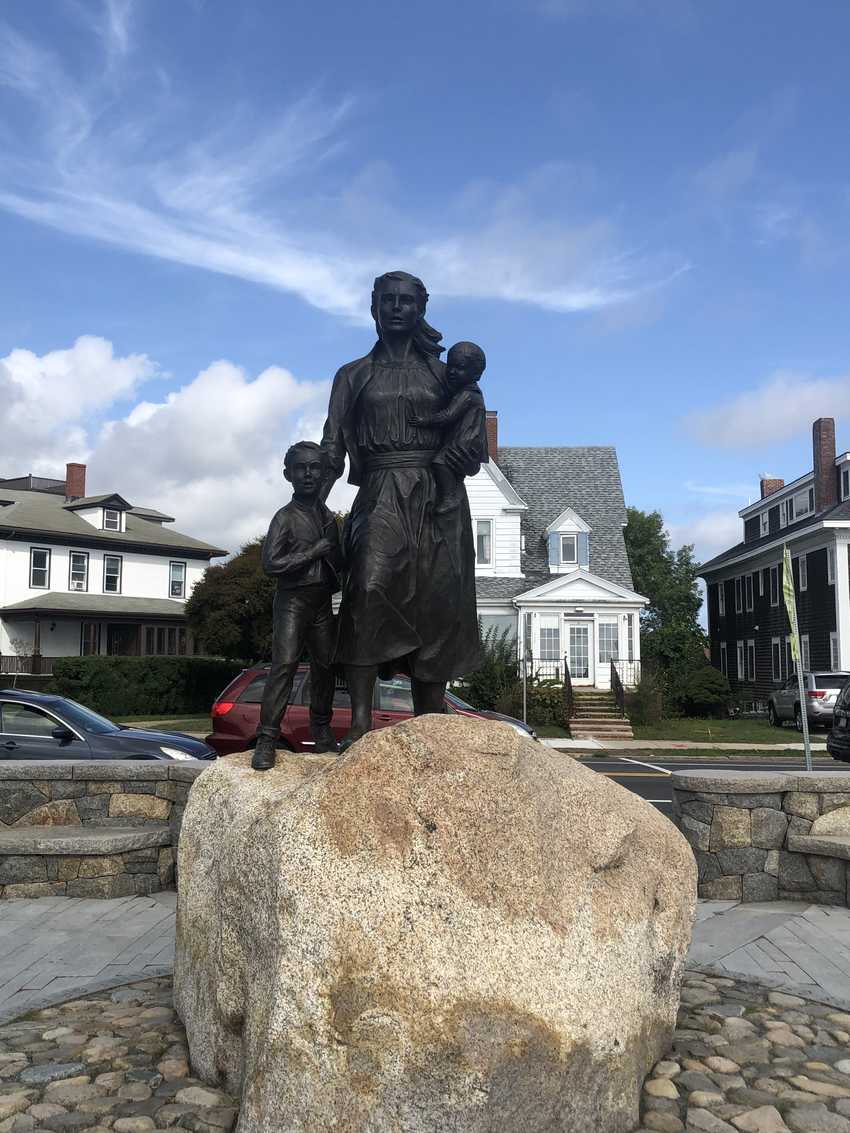 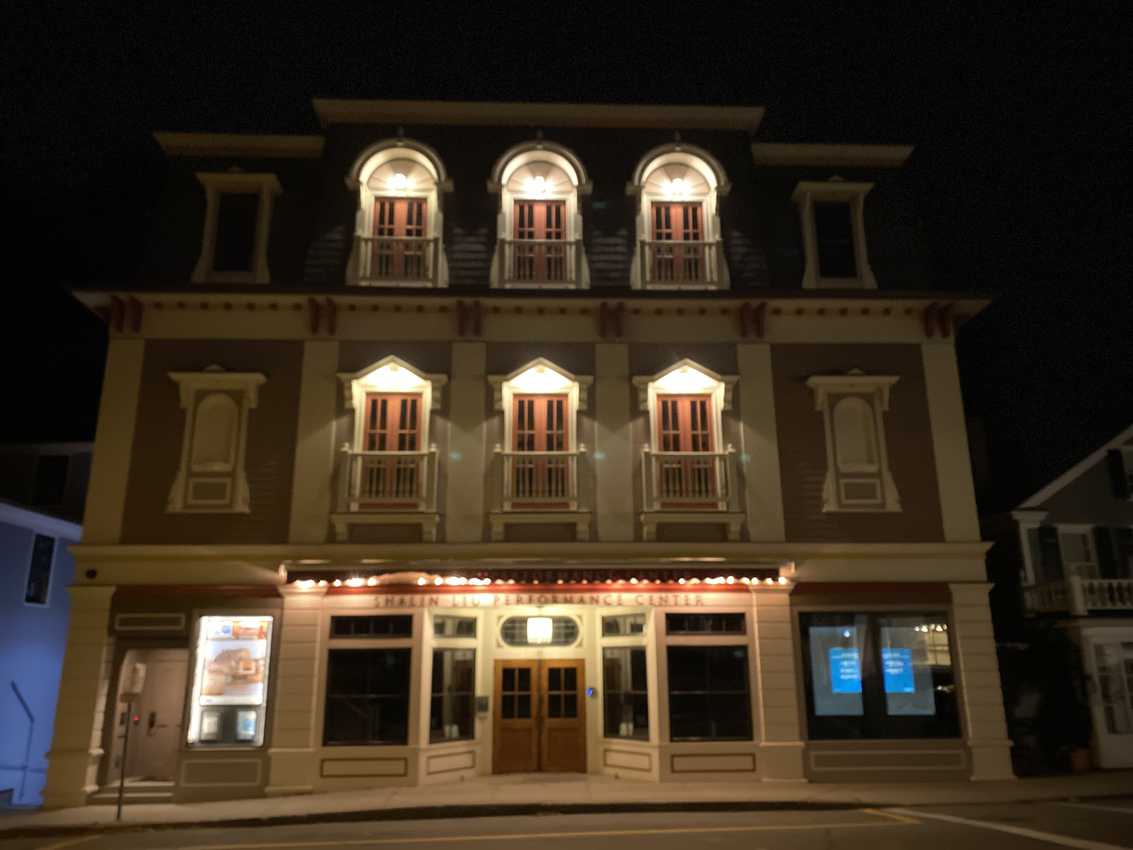 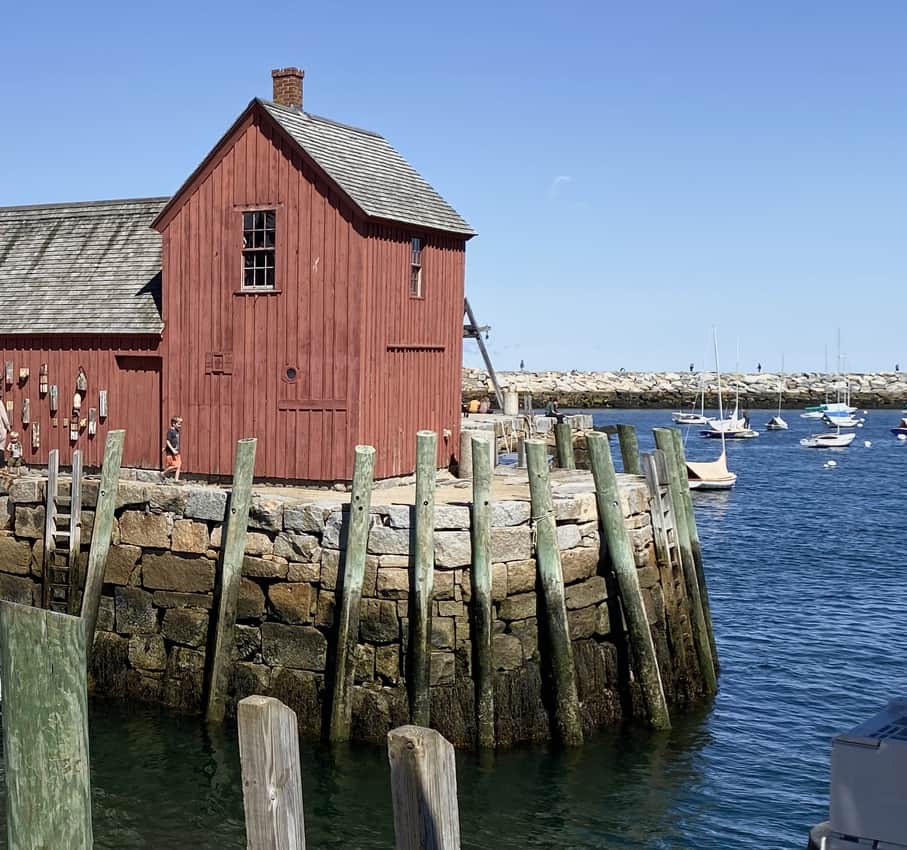 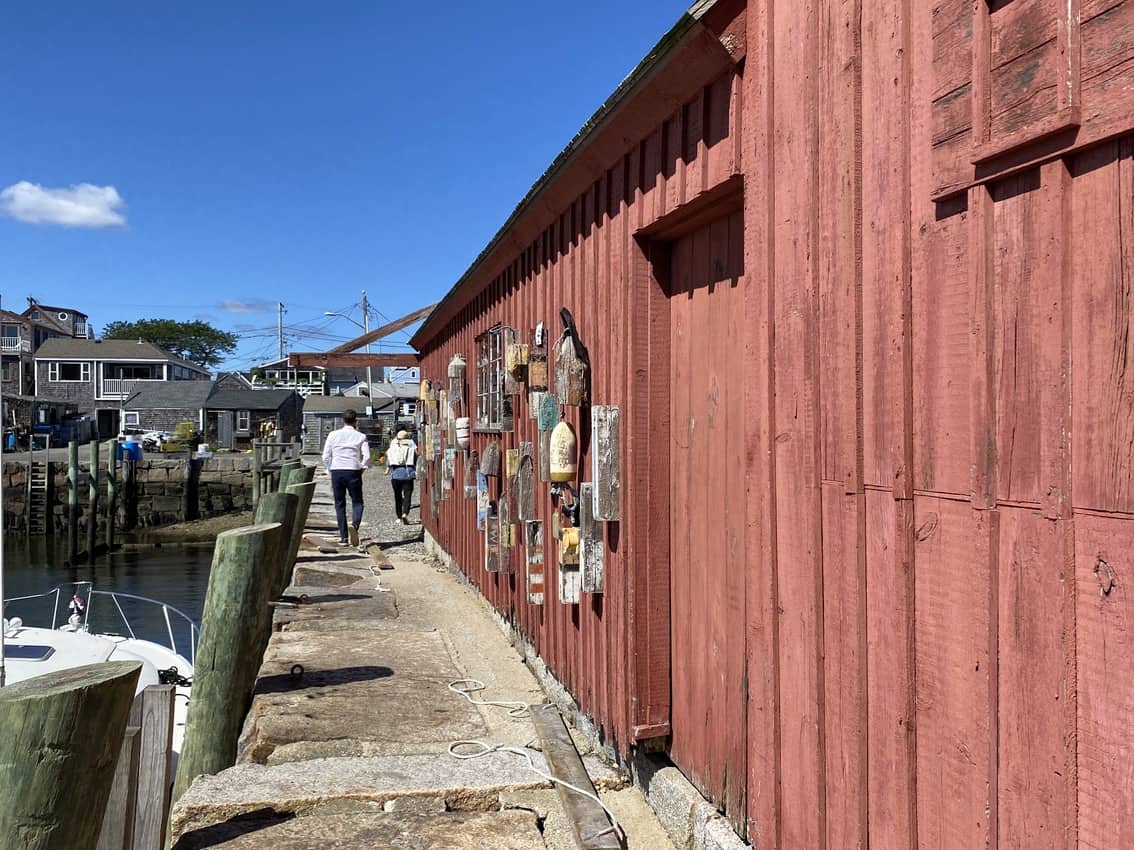 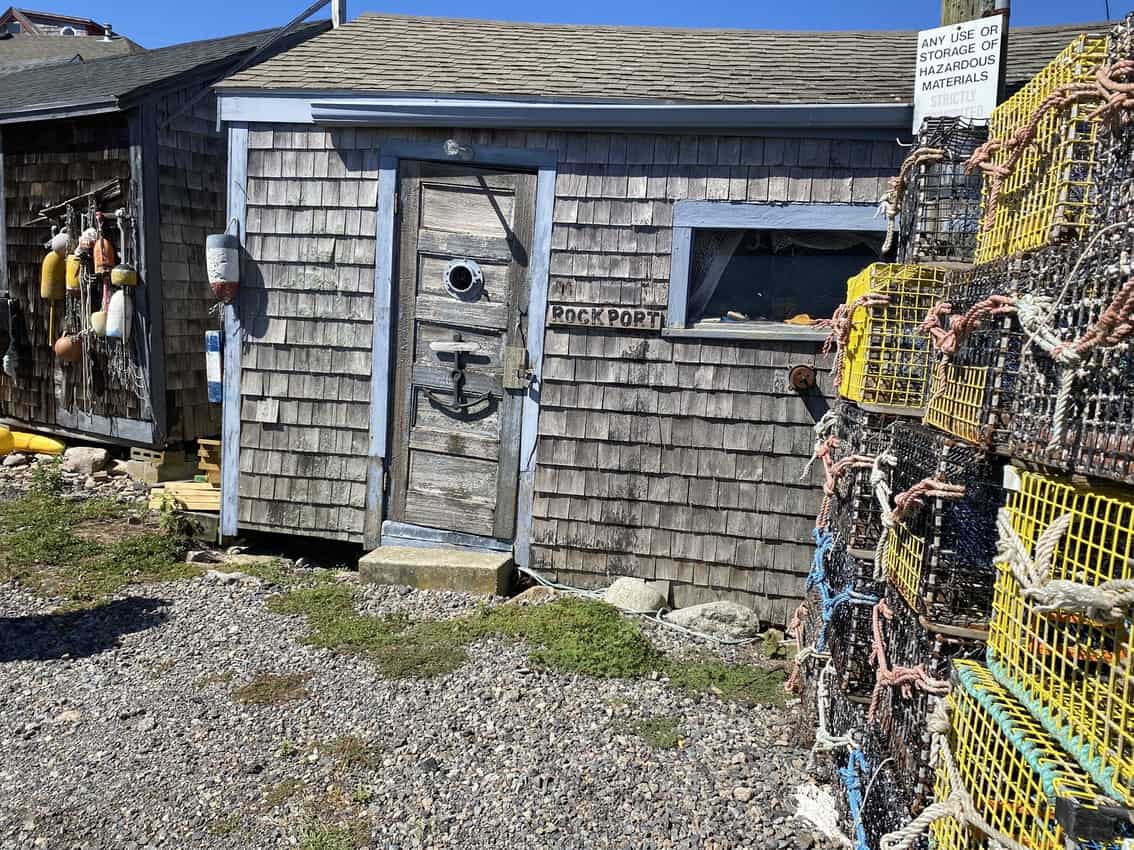 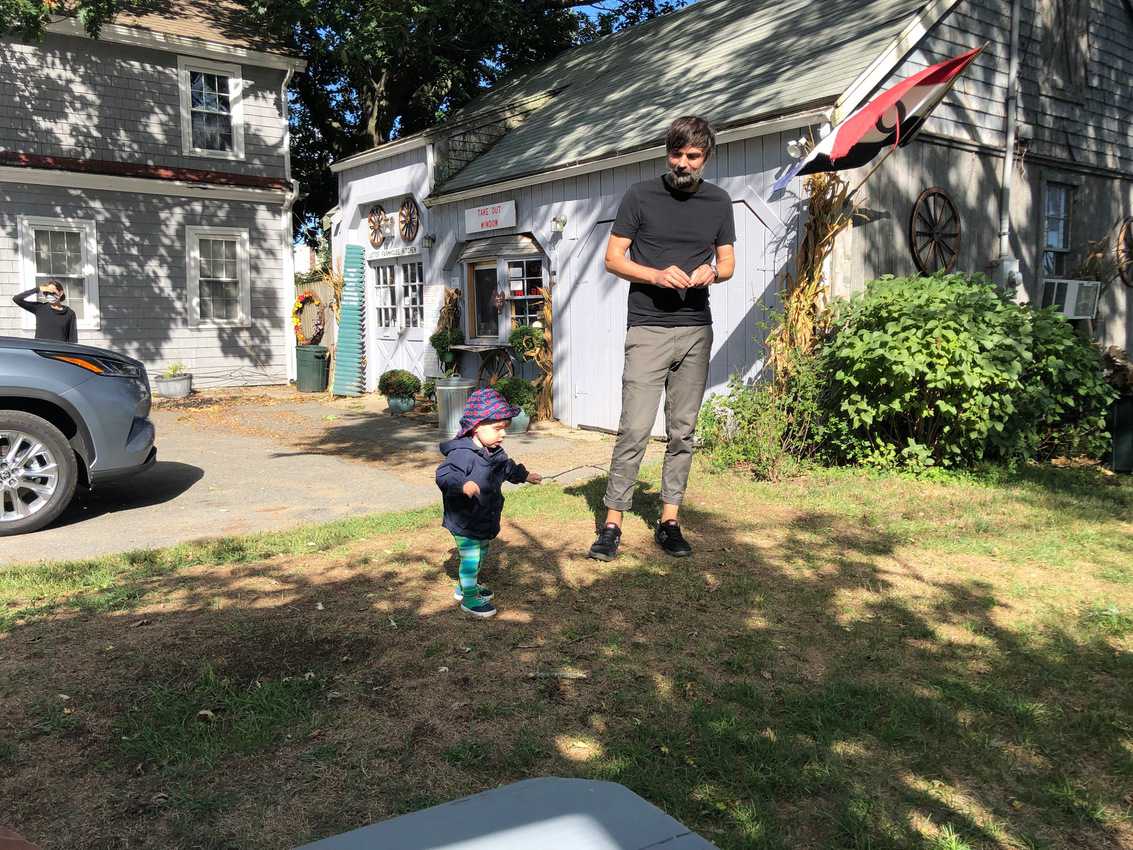 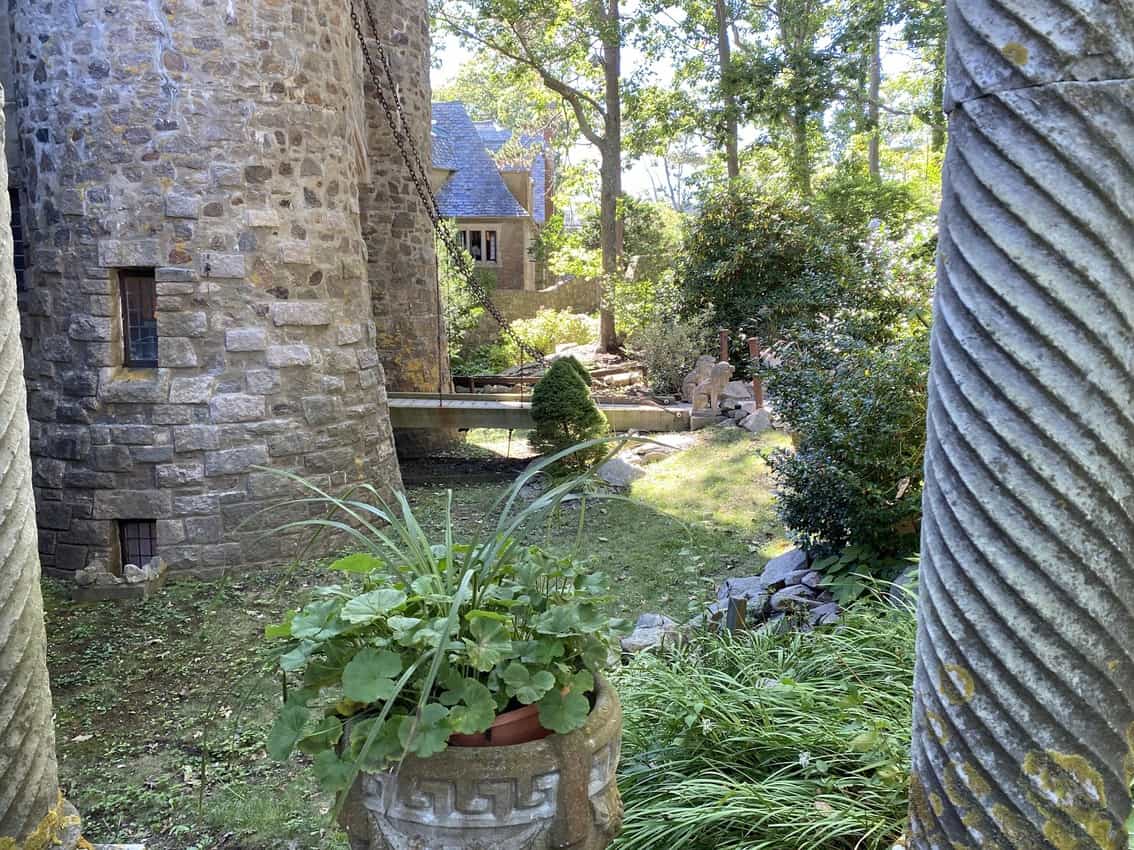 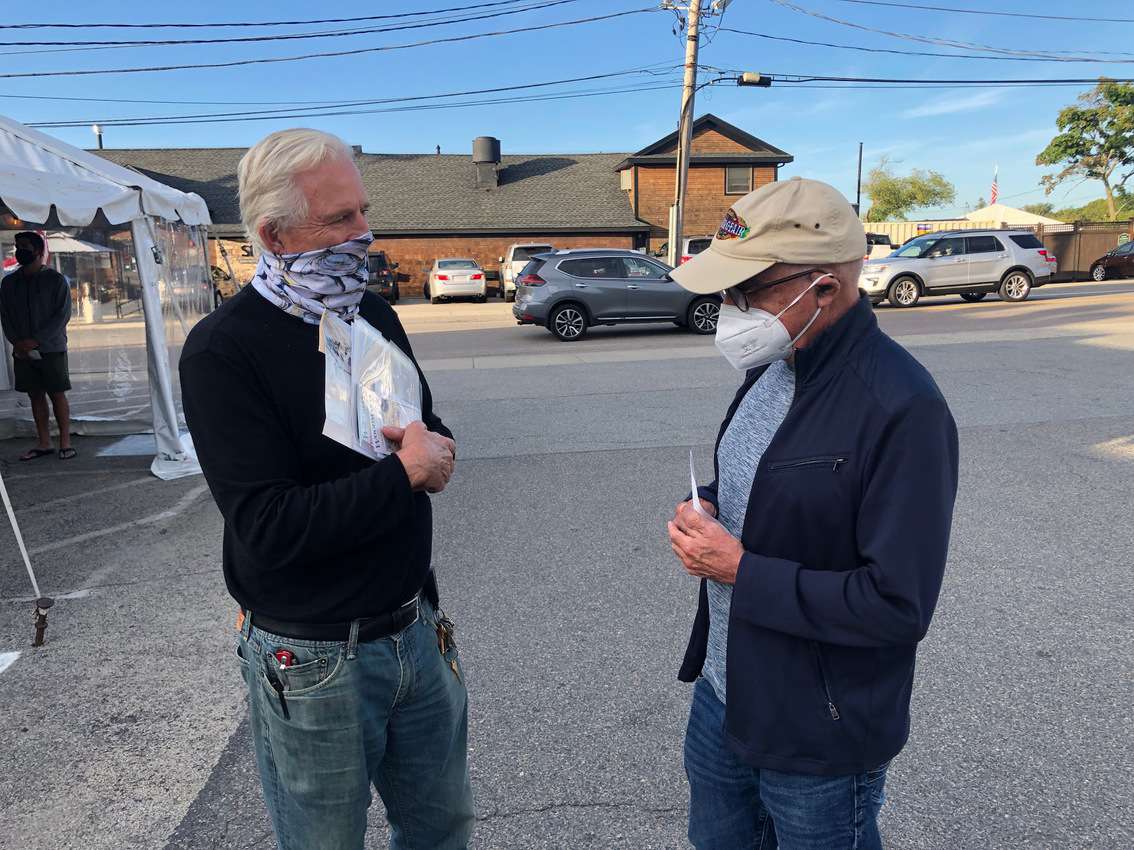 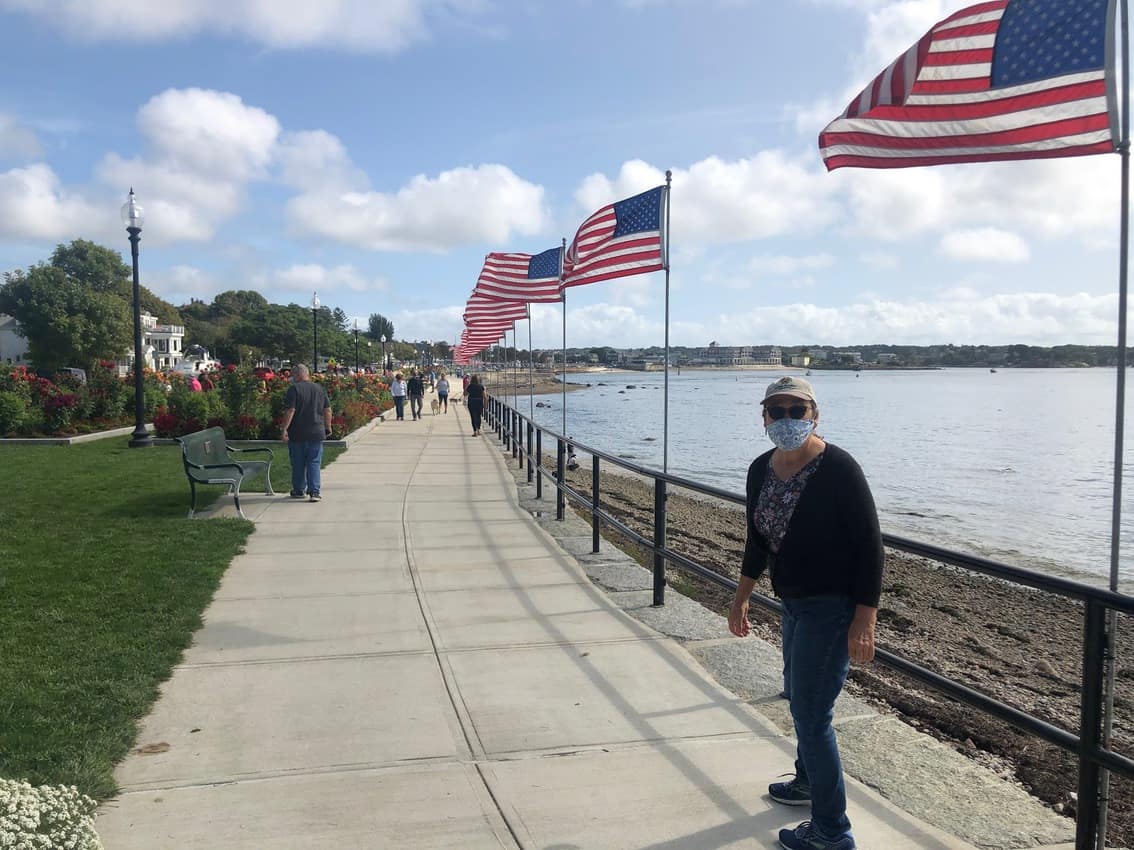 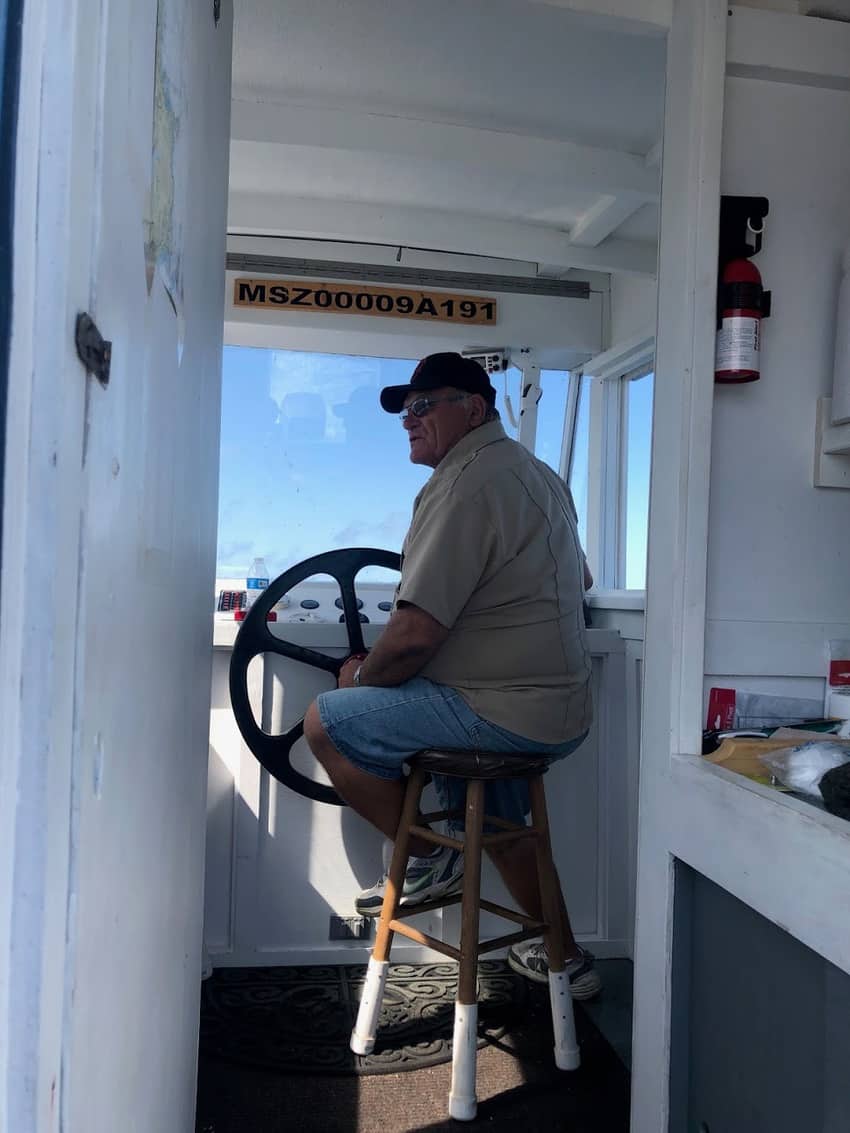 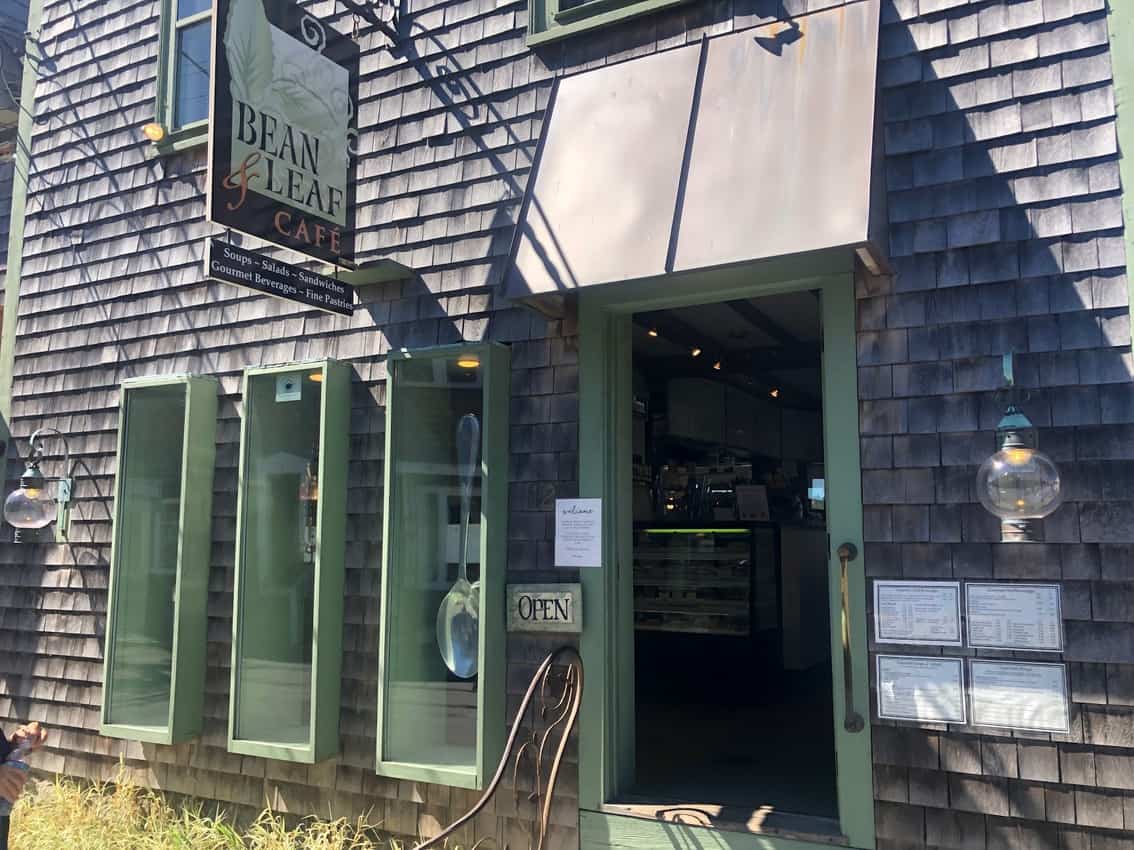