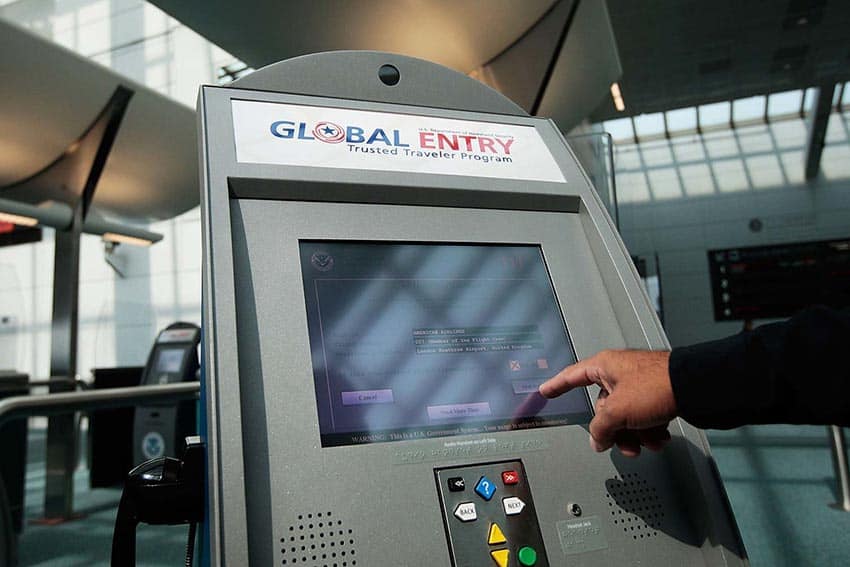 Global Entry is back, But you’ll have to Wait a while for your Card

Global Entry is back. On Sept. 9, the government reopened its trusted traveler processing centers after a nearly six-month shutdown.

But it may be weeks or months before you can schedule the interview required for admission to the government’s Trusted Traveler program. And it might take even longer for a renewal.

Global Entry is the gold standard for expedited re-entry into the United States. It provides accelerated security and customs clearance to preapproved, low-risk travelers who are in a hurry. The program has grown from fewer than 15,000 members in 2009 to more than 7 million this year.

Where did Global Entry go?

But then the pandemic happened, and U.S. Customs and Border Protection (CBP) closed its enrollment centers in mid-March. From January through July 2020, CBP processed only 460,000 Global Entry enrollments, fewer than half as many as the 1 million enrollments in the same period a year ago.

Demand also slowed, with CBP receiving just over 700,000 Global Entry applications, compared with almost 1.5 million during the same period in 2019.

No surprise, then, that there are a lot of unhappy Global Entry applicants out there. They want to know when their applications can be processed, what the shortest path to approval is — and sometimes, whether the $100 application fee is refundable. Now that Global Entry is back, they want answers.

Waiting for a Year

Paul Klis, a retired risk-management consultant from Minneapolis, has been waiting for Global Entry credentials for more than a year. He applied last summer and received conditional approval in April, but he needed to schedule an interview to finish the process.

“They’ve suspended interviews,” he says. “I’ve received numerous emails from Border Protection saying I could complete my Global Entry interview at a Border Protection office upon reentering the USA. But I have not traveled outside our borders recently.”

Klis wants to know if there’s a workaround.

“Our goal is to complete our review of Global Entry applications as soon as possible,” says Nate Peeters, a CBP spokesman. “Because we process each application individually, there are no normal or specific wait times.”

He says applicants can always check the status of an application by logging into their account at ttp.dhs.gov.

Peeters also says the Enrollment on Arrival program — the program referred to by Klis — continued processing applications during the months when the enrollment centers were closed. The program allows a conditionally approved Global Entry member who is returning to the country on an international flight to do the enrollment interview, without an appointment, as part of arrival processing. And for now, it’s the fastest way to approval.

If Global Entry is back, can I get a refund?

Given the slowdowns, is there a way to withdraw a Global Entry application? That’s what Charlotte Newman, a retired dental hygienist from Peabody, Mass., wants to know.

Last December, she and her husband paid the application fee, $100 apiece. They received provisional approval, subject to an interview, a few weeks later. But the earliest they could get their interviews was in July. After the pandemic arrived, CBP postponed the interviews indefinitely.

“We thought Global Entry would help us avoid long lines,” Newman says. “When I called to inquire about a refund, the recording tells you it will be some time for an appointment.”

I asked Peeters whether travelers such as Newman could get their money back, and he said all application fees are nonrefundable.

Other common questions about Global Entry

Here are some other common questions about Global Entry applications:

Q: When will the Global Entry processing centers reopen?


A: All Trusted Traveler program enrollment centers are closed until at least Sept. 8 to reduce the risk of exposing applicants and personnel to COVID-19, according to the government. “U.S. Customs and Border Protection appreciates applicants’ patience as we take precautionary measures to reopen the enrollment centers safely,” Peeters says.

Q: Should I even bother trying to get an appointment after Sept. 8?

Your best bet is using the Enrollment on Arrival program, which allows you to complete your application when you arrive in the United States on an international flight. It’s available at 62 U.S. airports without an appointment.

Q: What kind of protective measures are you talking about?

A: The same kind we have seen elsewhere during the pandemic. Customs and Border Protection is staggering or rescheduling appointments to avoid crowding in waiting areas. It’s also requiring enrollment center staff and applicants to wear face masks.

Other precautions include the elimination of sign-in sheets and other touchpoints, disinfecting transaction counters, limiting seating in waiting areas, and installing plexiglass barriers or using face shields at service counters.

Q: My wife and I submitted applications to Global Entry in early July. She received conditional approval in about two weeks. I’m still waiting for a response. There seems to be no way to contact anyone to determine my status. Is there hope?

A: You should have an answer soon. “We process Global Entry applications individually,” Peeters says. “As a result, applications submitted by a family group or couple might experience varying processing times, with some family members receiving conditional approval ahead of others.

Fortunately, 62 percent of incoming Global Entry applications are processed within 16 days or less, with the remaining percentage of applications requiring 150 days or more to complete.”

Q: I heard that some Global Entry kiosks were closed. Are they open again?

A: They’re open, and they’re better than ever, according to CBP. The government added facial comparison technology this year to eliminate touchpoints. Now, all you have to do is pause for a photo — no more swiping your passport or scanning fingerprints. To date, CBP has deployed facial comparison in Global Entry kiosks at 19 U.S. airports.

A: Yes. In February, the Trump administration suspended Global Entry enrollments for New York residents, citing “sanctuary” policies that limit federal access to state driver’s license data. The government lifted its ban in July after New York amended its law to allow for information-sharing of the New York Department of Motor Vehicles records.

Q: I have a Global Entry card that expired during the pandemic. Is there a grace period before I have to worry about redoing the whole application process?

A: The government processes Global Entry and other Trusted Traveler program applications “in the order in which they are received,” Peeters says. He says program members should apply for renewal before their membership expires. For members who do, CBP will extend Trusted Traveler enrollment for up to 18 months beyond the scheduled expiration date.

Even though Global Entry’s enrollment centers are about to reopen, it may be a while before your application is processed. If you can’t use the Enrollment on Arrival program, be prepared for a long wait.