The company was born when Chris Farrow came up with the idea of swapping motor homes with some friends from France.

“We both saved a fortune”

“We both had similarly sized vehicles,” he says, “and as it happened we both had children of similar age, and we both saved ourselves a fortune.

We had two weeks of free campervan, and so did they, and were able to do a great deal more in the way of eating out and enjoying ourselves than we would otherwise have been able to do.

“We returned the vehicle in tip-top condition and returned to our own equally pristine and as sparkling clean as we had ever seen it. Such a simple idea, but it worked.”

“It occurred to me that with an increasing number of people investing in motor homes, there would be many thousands of people like us, in the same boat, with the same potential swap to be had. They just needed to know that it could happen safely, and, crucially, they needed to be put in touch with one another.”

Instead of having to deal with the airlines or trains, the travelers can just pick up where they want to and go wherever they want, all in accordance with a pre-determined agreement with the person they swap with.

It’s very simple. First, you get signed up at motorhomeholidayswap.com.

Then you search for the area you want to travel in. It could be anywhere in the world, as there are users registered throughout Europe, Australia and New Zealand, and in the United States and Canada.

Next, the website helps you to get in touch with someone who is also looking to vacation in your area. Given that you have a motor home already, you no longer have anything to worry about. You and your counter-part will work out how long you want to exchange motor homes for, and you’re then able to start on your trip. The site includes all types of motor homes, RVs, and small campervans.

It doesn’t really matter if it’s a short trip or an extended amount of time, because the only expense you have while you swap vehicles is the gas. Since you are borrowing the motor home of the person who is borrowing yours, you can be fairly sure both vehicles will be returned in good condition.

If you’ve ever rented your house to someone and returned to find it a mess, you know how aggravating it can be. However, this swapping ensures that both parties do their best to keep the vehicles in top shape.

As Farrow says, “Owners can have the reassurance that they will exchange with like-minded people who care about their motor homes/RVs.”

There have been a lot of requests for motor home swaps, says Farrow, and new features are being added to the site in the coming months.

One of the new features is a Comment Page and a development/Feedback Page. These new pages help customers decide which swap is best for them in the long run. People who have used the swaps can compare with others and inspire potential swappers to find the right choice.

A Great Way to Travel

Those who have used mobile homes or RVs agree that they provide a great way to travel. Instead of just seeing one aspect or part of a place, you can get out and really explore the country.

Driving around from city to city or one spot of interest to another allows you to see smaller towns on the way that you otherwise might have missed. It allows you to get a real feel for the local flavor and culture.

But, most importantly, it allows you to take control of your vacation. Instead of having to get bored in one location you can do whatever you want.

There are no limitations besides the amount of time you have with the vehicle. A traveler can truly appreciate the freedom to go wherever they want, and this option will certainly allow you to do that. 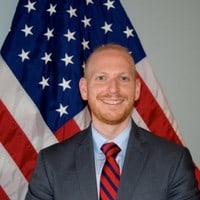 Jon Brandt is a former intern with GoNOMAD, and today he is the Ukraine Team Lead at U.S. Department of State. He spent several years traveling in South America before joining the State Department.