Amtrak During the Pandemic of 2020

Aboard the Amtrak Longhaul Train, Things Get Scarier as the Miles Roll By

Nothing could prepare me for how drastically and quickly travel would change during the first days and weeks of the coronavirus pandemic.

In February of 2020, I rode on Amtrak trains from St. Louis to Chicago and back. The trains and stations were filled with multi-generational families laughing and excited about their vacation plans.

The observation cars were packed with people, and almost every seat was occupied in coach. In a little more than a month, the train journey changed completely.

In early March, whispers of the coronavirus were just starting to get out, and I debated on flying or taking the train. In the end, I chose the train as it was the cheapest option. I took the Texas Eagle south to stay with friends in Arizona for a couple of weeks.

In a month, the Alton, Illinois train station was deserted. I discovered I was the only person waiting for the train when the station attendant called out my name to let me know the train was going to be a bit late due to a cargo train.

When the train arrived, the purser took my bag up to the coach car for me. I chose a window seat and sat down to watch the country go by during my two-day journey to Arizona.

Traveling to Arizona was pretty uneventful. At each stop, I leaned against the window to watch groups of people clustered together, waiting to board the train.

Passengers on the train were chatting with each other asking questions on where they were going.

When the train made stops at depots, the conductor would announce how much time you had if you wanted to get off the train for some fresh air.

Some would get off to smoke and chat together. At the San Antonio stop around 10 p.m., people were leaving the train in groups to head out to the bars. We were given a few hours before we had to reboard the train.

In the afternoons, the car attendant would walk through the coach, asking if anyone wanted dinner reservations. At dinnertime, I went to the dining car and sat with other passengers enjoying a fabulous meal and chatting about our lives.

When I finally got to my destination in Benson, Arizona, I stood with one other passenger, the conductor, and the purser waiting to disembark. My friends greeted me with a big hug after I got off the train.

As two weeks raced by, we paid attention to the news, but it seemed so far from the rural ranch areas in southeastern Arizona. A couple of days before I was supposed to go back to the St. Louis area, I decided to stay longer. It seemed the smart decision as the St. Louis COVID-19 numbers were rising.

Amtrak was proactive in canceling routes near hotspots and reducing occupancy rates by fifty percent. While my return journey was still scheduled, I was fortunate to be able to change my trip home to a couple of weeks later without paying any change fee.

During those two weeks, COVID-19 news was on almost 24 hours a day, as we watched the situation change rapidly around the United States.

Even in this part of rural Arizona, supermarket shelves were starting to be empty of staples like toilet paper, paper towels, pasta, easy-to-make box meals, etc.

And when the Arizona Governor issued the stay at home order on March 31, I knew I wanted to get back home as this pandemic was having bigger ramifications and was going to last longer than everyone thought.

Waiting for the Amtrak train at the Benson station on Monday morning, April 6, I was the only passenger waiting on the platform. When the train arrives, the purser has on a mask and gloves and takes my bag onto the train. I ask the conductor if it is true that Amtrak is limiting occupancy rates to fifty percent. He says it is more like fifteen percent right now.

I found a place to sit in coach, and the entire rear of the coach was empty, save for me. Settling in, the first thing I did was use my Clorox hand wipes and wipe down the tray and all surrounding surfaces around my seat and window.

For most of the first day, I hung out in my seat, taking in the scenery and watching Netflix when there is internet service. As the afternoon wore on, I headed to the dining car for lunch.

There was no one in the coach car in front of mine or the observation car. In the dining car, the only people were Amtrak employees taking a break.

Social distancing sign reminders were placed on every other table and a photocopied menu now replaced the more formal one handed to me just one month earlier. There were no other passengers in the dining car. Walking back through the empty train cars, I counted a total of twelve fellow passengers.

Heading to the front of the Car

During the Texas stops, my train car began to add more passengers. Most people tend to go to the front of the car first, so as I was sitting toward the back, it stayed empty for the full first day and night. There was no car attendant taking reservations for dinner anymore, but that could have been due to the limited number of passengers on the train.

Also, fewer people were getting off the train for fresh air at the stops. And those that were stood apart from the others. On the second day, passengers began to trickle back to my area. For the most part, they stayed put, not many people wandering the aisles on this trip. A handful of people were wearing masks, and one person even had a full-on plastic face shield.

I went to the observation car to work for a while in one afternoon. After sanitizing the table, I worked on my laptop for a few hours until dinnertime.

In the dining car, I ate alone, enjoying the Amtrak Signature Steak with mashed potatoes and vegetables with a glass of wine.

Alone or not, it was the perfect way to watch the desert sunset. One hiccup to the otherwise ideal evening is when another group of passengers showed up to eat.

The dining host wouldn’t seat the group because one member of the group was coughing.

The host suggested they grab some food from the cafe in the observation car instead. It was nice to see that the Amtrak employees were trying to make sure that all passengers were safe and had options for food, even though the only one in the dining car was me.

As more passengers got on in Austin, Texas, I found my little area crowded with people traveling to Chicago. This group was a mix of those not taking any precautions, wearing masks, and a couple of people being overzealous with hand sanitizer.

The person who sat across from me had a spray sanitizer that he used to spray his entire area with and then switched to a massive bottle of sanitizer as he kept pouring it on his hands liberally every hour. I’m not sure which practice is correct, but I made it home safely and healthy.

Amtrak carried a record 32.5 million passengers in the 2019 fiscal year. Expecting similar results for 2020, Amtrak was expecting to be profitable for the first time in its history. Now, Amtrak is projecting losses of about $700 million for this year, following a 95 percent drop in ridership since early March amid the coronavirus crisis.

After experiencing a journey during the pandemic, I’m not sure how any business can sustain profitability during this timeframe.

Travel going forward is going to be different than what most people are familiar with. More social distancing restrictions will be adopted. And with a massive drop in incomes, discretionary spending will be the first go. This means fewer people traveling as prices, unfortunately, will probably be going up to recoup losses.

I hope that we can get through this, and traveling will resume quickly, although I’m not sure what it will look like when it does. 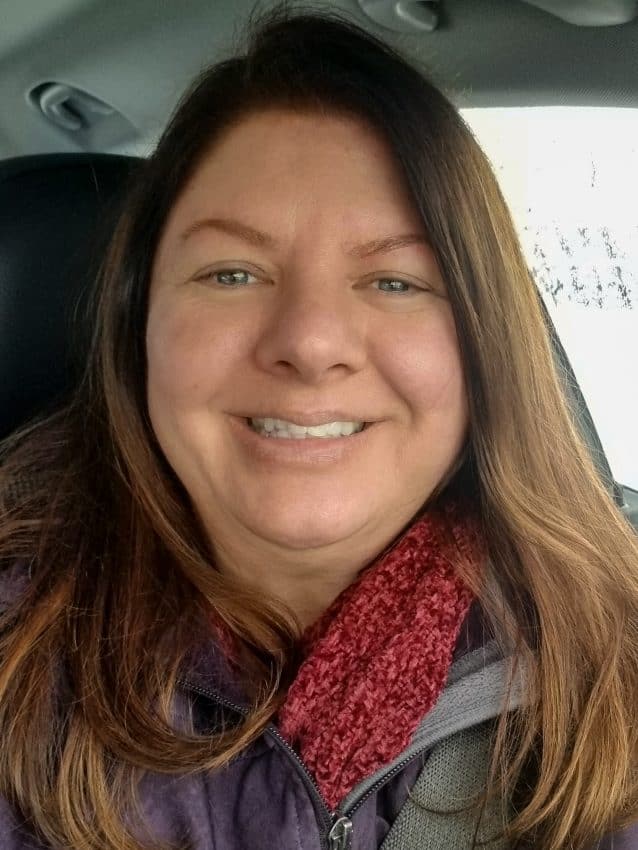 Heather Raulerson is a full-time traveler with a passion for writing and photography.  She shares her stories on www.RaulersonGirlsTravel.com and lives in Edwardsville, Illinois when she isn’t traveling the world.