Riding in Rome: Two Wheels in the City 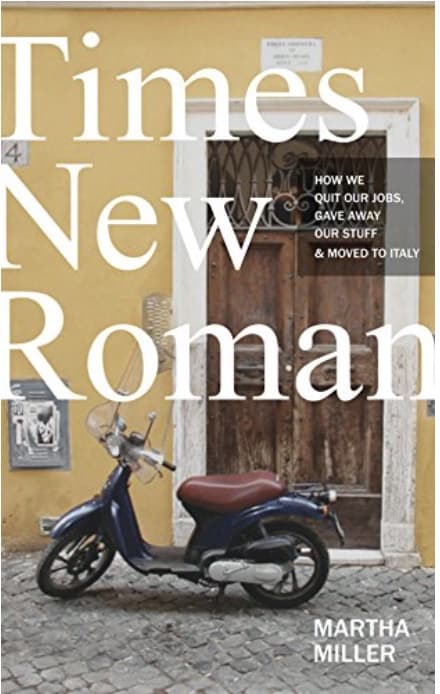 Doing as Romans Do, on Two Wheels

Imagine riding in Rome, on a whirlwind tour of the Eternal City – the Forum, Coliseum, Castel Sant’Angelo, Vatican, Pantheon, Trevi Fountain, and Spanish Steps as today’s Romans do; from atop a bicicletta. The best time to peddle through this gorgeous city is from May through September when the historic center is closed to autos and motorini every second Sunday of the month.

During this time, the city center is nicknamed Isola Verde or “Green Island” referring to the environmentally friendly aspect of reduced air and noise pollution. Touring by bicycle is a perfect way to see Rome from literally a fresh perspective.

Bike rental shops are reasonably priced and can outfit you and the whole family, even supplying bike seats for tots. Hourly rates range from €3 to 4 depending on the type of bike (road or mountain).

All-day rentals range from €8 to 13. Giuliano Colatta at Spagna Rent, aptly named for its location just outside the Spagna Metro stop, offers discounts for groups of 10 or more and guided tours for groups of 10 to 15 riders. A few day’s notice is necessary for reserving tours, which cost an additional €30.

Identification, in the form of a driver’s license or a copy of your passport, is all that is required to rent a bike. Helmets are not mandatory and are not provided by the rental agencies, so you may want to bring your own.

For those bringing their own bikes, repair shops are much more available than they were only ten years ago. Collalti, conveniently located near Campo de’ Fiori, offers an assortment of bike accessories as well.

Visiting Londoners Kirsty Norton and Chris Allen who rented bikes by the hour in Villa Borghese thought the prices were very good and as Kirsty exclaimed, “it beats walking”. At the park’s Bici Pincio rental site, tandem bikes are also available as are risciò, pedal-powered carts for 3 to 6 people.

Cyclists in Rome have somewhat similar reasons for riding rather than motoring around the city. Austrian Clarisse Maylunas said, “It’s easier”. She then quickly corrected herself by adding, “It’s not easier, but it is less polluting and quicker than looking for a parking place”.

Italian Silvia Maddalo who rides to work and everywhere else she can says she likes the ecological aspect of cycling. A Roman family pausing in Campo de’ Fiori on a recent beautiful day were “looking for streets without cars and a place for lunch”. Francesco Cartolano said the children ride on his bike and he leads because the boys “want to see where they are going”.

Laney Sigrist from Pennsylvania was enthusiastic about commuting in the city via bicycle because “we can go faster than a car or moped.”

Sigrist and fellow cyclist Nils Wachtmeister from Sweden had been in Rome for only two weeks of their year-long stay when his bike was stolen. Wachtmeister, who now has a new bike purchased at Rome’s Porta Portese outdoor market, cautioned that it is necessary to chain the bike up properly.

John Miller, this author’s husband and avid cyclist offered these instructions. “If the bike has a quick-release front wheel, take it off and place it near the back wheel. Then run the cable through both wheels and through the bike’s frame. Finally, secure it to a solid railing or post firmly attached to the ground.”

Marty Bushue from Anchorage, Alaska, is amazed at how unaware people are of cyclists in Rome.

Bushue, who rides to work almost every day, a 15 to 20-minute commute, added, “Pedestrians will step right out in front of you.” He is not alone in his sentiments: other riders mentioned pedestrians as a common hazard.

Marty’s wife, Sherry Bushue, loves cycling in Rome. “I’m more comfortable riding a bike than driving a car,” she said. She likes the feeling that “you’re out the door and immediately on your way”.

For those ready to venture out on their own but needing some direction, pick up a copy of Roma in Bici, a guidebook written specifically for cyclists.

The first volume is Roma Centro-Nord and volume two covers Roma Centro-Sud. These Italian-language guides include several itineraries, detailed maps, clearly marked routes and color-coded graphs, so the language need not be an impediment. They are available at newsstands and at local bookstores.

When asked what advice he gives his customers, Colatta warned, “Drive with six eyes; two in the front, two in the back, and two on the sides.”

Freelance writer Martha Miller of San Antonio, Texas, wrote a memoir about the two years she lived in Rome. It’s called Times New Roman, and is available on Amazon.