Manhattan in the Time of Pandemic

A Photographer Shares Manhattan and Reflect on What He Sees

And so, the city that never sleeps finally takes a nap. Or does it?

As New York City takes center stage in the outbreak of the COVID-19 ruthless pandemic, the city that made a name for itself as the epitome of boundless energy is forced to lockdown, work and play at home, robbing the city of the main source of its vitality: its people, be it its residents or visitors alike.

Manhattan: An Eerie Feeling of Empty

But if, on one hand, the lack of bustling humanity gives the place a somewhat eerie feel, it also gives us an opportunity to focus and appreciate deeply in the built city itself, without having to maneuver the crowded sidewalks and non-stop traffic. For a photographer specializing in the built environment, this is the perfect opportunity. 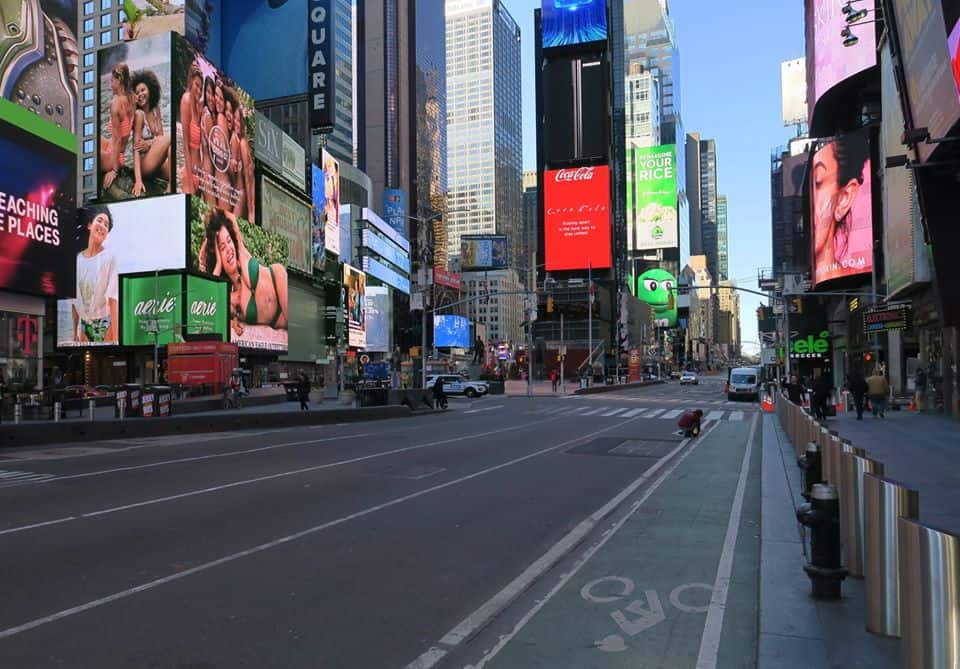 So, last week, armed with a pocket sanitizer bottle, wearing my mask, and keeping the prescribed safe distance from others, I ventured out to see what I would find in some of Manhattan’s most famous places. (And yes, documenting the city at a historic time like this is an essential job!).

The crisp clear blue sky of early Spring makes it for a perfect light: strong, klieg like, with strong shadow, that imbues every image with a poetic sense of time. It’s, for me, the most inspiring type of light, and in this case, perfectly capturing the current moment, as it gives all an added dramatic, cinematic layer.

Starting at the hip Meatpacking District, Manhattan’s trendiest retail destinations, the scenario looked like a cross between a Hooper and Giorgio de Chirico painting, realistic and surreal at the same time. The old buildings bathed in light, but as if lost in space and time, without any figures around them.

A deep perspective at Washington Street, perfectly encapsulating that notion, with the popular outdoor stairs-cum-terraces of the Whitney in the background, in perfect contrast to the shadowed historic buildings, the empty sidewalks rendering the scene impossible to place in time.

In Chelsea, the absent of transient workers and visitors, the locals become more visible and one is was able to fully appreciate the residential aspect of the neighborhood and its often missed details, like the iron gate ornament inspired by a scene from the 1902 cult French film “A Trip To The Moon” ( by George Mélies) or the striking wall mural by Brazilian artist Eduardo Kobra depicting legendary artists Andy Warhol,

On the Midtown, the subway and the streets are obviously not as crowded, but also not as desolate as it would be expected, everyone trying their best to keep their prescribed safe distance and mostly wearing protective masks, which hopefully could prevent transmission, but most certainly could not hide the somber mood in the air.

Grand Central was admittedly one of the places that I was most curious to witness in this new social scenario.

To see the expansive, soaring, the vastness of the Main Concourse almost empty was something I will never forget. Its grandiose was even grander if that’s possible.

For someone that lives for capturing the experience of space is hard to express the quiet awesomeness of that moment. The eventual small throng of commuters crossing the sprawling marble floors seemed less rushed than usual and being very few in numbers gave the sprawling hall a certain improbable sense of intimacy.

A few blocks west on 42nd St, Bryant Park seemed to press pause on the transition from Winter ice skating rink wonderland incarnation to the Spring lawn days. The side gardens already green and bright purple perennials await its turn to be placed. The park was not completely deserted, but sadly mostly with homeless individuals without a proper lockdown shelter, adding to their uncertainties and reminding us of the additional challenges faces this group.

Continuing West, Times Square, usually the pulse and heart of the Manhattan, pumping life, energy and dreams into its streets, now feels like an empty theatre, a stage awaiting showtime. The scenography is set, lights and sound checked, but the actors and audience nowhere to be found.

Except for, of course, the “paparazzi”, which in the absence of “stars” to snag linger around entertaining themselves by shooting the place itself instead of the action.

A Somber Time in the City

It’s a somber time in the city. All sorts of activities, entertainment, sports, culture, business, shopping, education, had to be stopped for all our own sake. But what can not be stopped, even if now we can’t feel it so intensely, it’s the creative ambition Manhattan inspires.  It’s that ambition to DO — to do whatever it is at its best, giving your all!

Right now, we all around the world face the challenge to balance physical survival with that gusto for more than just that body survival, with that most humans of needs: soul survival.

Walking through the city, I was reminded of that, of the power of the creative spirit, of its lasting effect and strength to carry us on in times like this. 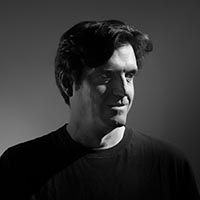 Photographer Paul Clemence was born in Brazil and today he lives in New York City.  Clemence has exhibited his photographs in galleries around the world, including his most recent exhibition in Switzerland. This post is dedicated to photographer Robert Herman, talented artist, master of light, and a passionate New Yorker that left us too soon last week (not COVID-19 related).  Visit Paul’s excellent and carefully-curated Archi-Photo Facebook page.