Without Support, this Intrepid Couple Skiied to the South Pole

Meet Chris and Marty—a married couple working on their careers, raising their only child, and chasing big adventures.

At midlife, they suddenly find themselves weighing the responsibility of parenthood against the possibility of one more grand adventure, before their aging bodies and the warming continent of Antarctica further degrade.

They ultimately decide it is time to pursue their biggest dream: Ski 570 miles from the edge of Antarctica to the South Pole. With no guide or resupply.

From the lush Pacific Northwest to the barren landscape of Antarctica, Chris and Marty embark on one of the hardest challenges on the planet.

After three years of intense planning and training, including meticulous preparations for the care of their twelve-year-old son, they are ready.

Experience a boundless white wonderland like no other on earth. Encounter life-threatening dangers lurking in the bitter cold. Feel the intensity of 220-pound sleds, relentless wind, 40-below temperatures, and mind-numbing isolation. This is not an average couples getaway.

Chris and Marty go where few others have dared on the way to making history—stretching their bodies, minds, and marriage to the limit in the process. Riveting and inspiring, The Expedition: Two Parents Risk Life and Family in an Extraordinary Quest to the South Pole

is about the power of family and community, the adventurous spirit that dwells within us all, and breaking through to feel fully alive.

After numerous low-visibility days in a row, I opened the tent door to the chill of a bitter −30 degrees, and the sky above was an unbroken sea of blue, without even a wisp of white.

The vastness stretched out above me, clear and full of life. Out on the horizon, I saw flat terrain changing to bumpy sastrugi. At least I’ll be able to see my way to negotiate through it, I thought.

About an hour into the day, we were skiing through much bigger and bumpier frozen waves of snow than before—some rising three to four feet high.

While pulling my sled up a sizeable wave took tremendous effort, maneuvering it down the other side became dangerous.

Each time I labored up the sastrugi, I’d stand at the crest and plot my path down—traversing sideways to keep the sled from ramming into me on its downward path.

I repeated this scenario over and over: dodging my sled, celebrating near misses, balancing on one ski in hopes of staying upright, and sometimes falling hard on the ice.

The constant jarring caused by the tension and slack of my sled moving over small bumps exhausted my already weakened body. When I first traveled through smaller sastrugi, I’d sometimes marveled at the unique, natural beauty of this wind-carved landscape. Today—not so much.

As the day wore on, our friend low visibility joined the relentless sastrugi party—a one-two punch that guaranteed hours of fun.

“How are you doing?” said Marty.

“Fine.” I pulled out my bottle of water from the sled. “Want some?”

Real conversation took too much effort, so we drank, ate, and got moving.

Pulling through the never-ending maze of jumbled snow and ice, I grunted and heaved, yanked my sled back into alignment, tripped when my ski tip got hung up on a piece of ice jutting out sideways and cursed into my face mask. Finally, break time again.

“That was tough,” said Marty.

“I have to pee.” I pulled out my Freshette from the front pocket of my anorak, where I stored it for easy use, and shoved it inside my pants, then watched as pee shot out the tube extension and into the snow.

I finished storing the device in my pocket. “Just a minute. I can’t get my iPod to turn on.”

“Let’s go,” said Marty as he turned and pushed off with his ski. He led us back out into the jumble.

Visibility continued to diminish as clouds pressed down on us. Soon we were enveloped in a complete whiteout, again, and could no longer see the frozen waves underfoot. As I gingerly pushed my ski forward, I felt the front tip dangling in midair. I must be perched on top of a large frozen wave.

Alarms blared in my mind—the conditions could easily break skis, or poles or limbs. Moving off my precarious position, I felt my way around the icy wave. I continued on, catching myself from falling over multiple times.

Marty stopped short at eight hours, and when I skied up next to him, he said, “I know we planned to go nine hours, but I think we should stop, it’s getting dangerous.”

“I agree.” I pointed to a flat trough between frozen waves. “Let’s squeeze the tent in there.”

Inside, it seemed that Marty and I spent less time debriefing the day and instead focused on completing our evening chores. I snuggled into my sleeping bag and called Leni. It was Christmas break back home, and for the next week, Keenan was staying with her family, which included his best friend, Ryo.

“How do you think Keenan is doing . . . I mean, emotionally?” I asked. Given that it was the holiday season and we’d been gone for six weeks, I had braced myself for him to have had an emotional meltdown.

“He seems to be holding up really well,” said Leni. “When I talk to him, he sounds good . . . but I still worry.” “I’ll do anything to make sure that Keenan feels comfortable, even if you think we should stay at your house instead of mine.” The sincerity of her words caught me off guard and caused my eyes to well with tears. Holding back my own emotional meltdown, I handed the phone to Marty.

He said, “Leni, we are trying not to have drama, but this is so hard. Every day feels like a quote I read once from a mountaineer that said, ‘Yesterday was easy.’ Each day seems harder than yesterday . . . we are being crushed by the cumulative effect of so many days without rest. I keep thinking we may go further tomorrow and build a little cushion to justify a rest day. But so far, that hasn’t been the case.”

Leni must have said something encouraging to Marty, because he replied, “Thanks, Leni. And thanks so much for helping with K-man too.”

After we said goodbye to Leni, our emotional lid was shut again. As if we’d silently agreed to change the subject, Marty and I stared at the map together while we ate dinner.

He said, “I think we’ve started the 150-mile patch of sastrugi that ALE told us about before we left.”

I choked down the bite of chicken fried rice in my mouth. “That means we’ve got about eleven to twelve more days of the stuff.”

While we finished dinner, I thought about how surprised I had been to hear Marty explain the difficulty of our journey to Leni. While I agreed with what he’d said, he’d never explained the depth of the struggle out loud to me, nor had I to him. We’d defaulted to an expedition communication style that was different from our regular way of interacting as husband and wife.

Maybe he thought talking about the cold hard days would cause it all to seep into our psyche, crack our defenses, and steal our confidence. As he’d said earlier, maybe we didn’t talk about it because dwelling on it wouldn’t change the situation. There was no way out.

Just like when you’re in the middle of a mountain climb or 100-mile race—you just keep moving to outrun anything that might stop you from finishing. Maybe Marty had talked about it with Leni because she was a safe outlet, outside of our tent, for releasing emotions.

Still, whether we spoke it aloud or not, we couldn’t hide our mental and physical decline. 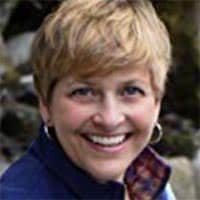 Chris Fagan and her husband became the first American married couple to ski without a guide, resupply or other assistance to the South Pole–and became Guinness World Record holders. She has summited Denali; run 100-mile trail races through the mountains; canoed the hippo-laden Zambezi River; and biked through remote Tanzania. Chris is a wife, mother, and business owner who loves to get her hands dirty and feet wet. Her adventurous spirit shines through in her work as a writer, speaker, trainer, and consultant. She lives in the Pacific Northwest with her husband, teenage son, and two labs, Winston and Kiya. The Expedition is her first book.

The Expedition: Two Parents Risk Life and Family in an Extraordinary Quest to the South Pole