Sharjah: Discovering a Different Side of the UAE

It is fair to say that the United Arab Emirates has developed into a top-class tourist destination in the past decade or so.

The country’s state-of-the-art facilities have become a huge draw to people across the globe, with millions heading to the area for a relaxing break or to take in some of the world-class attractions that are now on offer.

The chances are that if you ask anyone about the UAE, they will talk about the modern wonders that can be found in the stunning cityscapes of Abu Dhabi and Dubai.

However, there is much more to the country than just these hugely popular locations.

In fact, if you want to discover a different side of the region, the country’s third-largest city of Sharjah may be an ideal place to start.

Sharjah is regarded by many as the more conservative alternative to the UAE’s most famous cities. Ruled by the Al Qasimi dynasty since the 18th century, it has tighter rules on issues like alcohol consumption, with people requiring a license in order to possess it.

As Bayut explains, Sharjah’s location just to the north of Dubai has made it popular with those looking to commute to jobs in the neighboring city. Furthermore, more affordable rents mean that residents are often able to access the same high standard of amenities that you would find in Dubai for much less money.

Much to Offer Tourists

However, it would be wrong to simply view Sharjah on the basis that it is an affordable place from which to travel into its more famous neighbor. While it may not have the profile of some of the UAE’s best-known cities, it still has much to offer as a tourist destination in its own right.

Sharjah’s rich heritage has been highlighted on several occasions by UNESCO, with Rotana Times explaining how it was named the Cultural Capital of the Arab World in 1998, and then also named the Capital of Islamic Culture in 2014 for its preservation and promotion of local, Arab, and Islamic traditions.

Central to its efforts on that front is the Sharjah Museum of Islamic Civilization.

This stunning building first opened its doors in 1996 and houses an array of impressive and rare artifacts related to the Islamic culture.

Among the areas covered are faith, science, and technology, and a range of truly breathtaking art.

More fantastic art can also be found at the Sharjah Art Museum, which opened in 1997 and is thought to feature one of the largest exhibitions in the Gulf region.

As we can see here, its mission is to not only preserve important works but to encourage an appreciation of both culture and learning.

Furthermore, culture enthusiasts have to visit the Al Noor Mosque, a stunning building created in the Ottoman style that sits on the banks of the Khalid Lagoon. It is truly a thing of wonder and non-Muslim visitors can enjoy a tour to get a closer look at its intricate design.

While Sharjah excels when it comes to heritage and culture, the city also has a lot to offer in terms of other attractions too. The Central Souk is another stunning building, and visitors will love seeing what it has to offer. With more than 600 shops, you are pretty much guaranteed that there will be something for everyone.

Holidaymakers seeking some family-friendly fun may also want to check out https://almontazah.ae/.

The location is home to the Island of Legends theme park, which features a range of exciting rides and also hosts shows and events too. Alternatively, you can head to the Pearls Kingdom to splash about in its enormous pools and on its impressive water slides.

Continuing on the water theme, the Sharjah Aquarium gives you a chance to learn about a host of different underwater creatures.

Finally, if you simply want to lie back and soak up some sun, Sharjah is home to some stunning beaches, which are ideal for relaxing with friends and family. Al Mamzar Beach Park, Al Fisht Public Beach, and Kalba Beach are just a few locations you could sample during your visit to the city.

Just be sure to wear very modest clothing including long sleeves and no bikinis!

All in all, it is fair to say that while Sharjah may not have the same huge profile as the likes of Dubai and Abu Dhabi, but it is a city that still has plenty to offer to a great number of travelers.

With its rich heritage and array of top-class attractions, it could prove to be the perfect destination as you aim to see the UAE from a whole new angle. 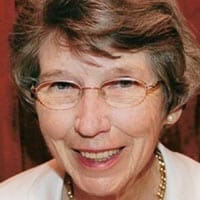 Lucy Hughes is a freelance writer based in Dubai, UAE.