Maratea is a Charming Medieval City Worth Finding

“Oh my God, we’re nearing the clouds and just look at the drop below us!” shrieked an exhilarated passenger as the tour bus curled its way up the 2330 feet above sea level to Cristo Redentore, the statue of Christ the Redeemer.

A glance around at other aghast travelers revealed many with their jaws dropped but their phones and cameras up to capture photographs of the increasingly elevated view.

Others had their eyes wide shut, too nervous about taking in the sight of the sheer slopes tumbling down, uncomfortably close to the presumed safety of the bus.

As a solo woman traveler on a four-week visit to Italy, I decided to spend part of my time on an organized tour as it gave me the chance to connect with others and see the south.

It was the halfway mark of a 14-day ‘Country Roads of Southern Italy and Sicily Tour.’ The day was scheduled to be a relaxed one, but at first sight, this destination appeared far too fascinating to lay low.

On Top of the World in Maratea

Perched high above the coastline, Maratea, a charming medieval village located a four and a half-hour drive South East of Rome between Naples and Messina, is home to the second tallest statue of Christ in the world.

Constructed in 1965 from marble sourced from Carrara in the country’s north, at 72 feet high, the figure was a compelling sight.

Equally, as impressive, the views from this high vantage point of the surrounding mountains and the glistening, sapphire blue Tyrrhenian Sea, were to die for – but preferably not by your bus driver misjudging a turn on the precarious drive up.

Adjacent to the statue stood a church, a tacky gift shop, and a couple of bars. Relaxing with a glass of wine atop the 2300-foot precipice, watching a brave hang glider soar above the dramatic landscape, was a preferred option to poking through the tea towels, miniature statues, and other take-home memorabilia at the obligatory gift shop.

Maratea: A Haven Away from Tourists

Staying in Maratea gave a feeling of getting away from it all. While it’s a popular destination for Italians, there are fewer hotels, creating a sense of immersion into local life.

The peaceful location has provided a comfortable hideaway for many of the rich and famous over the years. It is reported to have been a favorite of Princess Diana and Frank Sinatra.

A Room Between the Sky and the Sea

Our one-night stay was at the Grand Hotel Pianeta Maratea. “Suspended between the sky and the sea,” it sat majestically atop a slightly lesser mountain than neighboring Monte San Biagio, where Cristo Redentore stood facing inland with arms outstretched in blessing.

Over seven floors, the hotel had 156 double rooms and ten suites, a semi Olympic pool, a children’s pool, gym, sauna, and indoor and outdoor bars. It is a popular venue for weddings and functions with its resort-style grounds and classic conference areas.

The Receptionist recommended a restaurant by the marina for dinner. She telephoned to reserve a table and arranged a shuttle bus to take myself and fellow travelers, Diane, the two and a half miles down the mountain later that evening.

With dinner arrangements in place, I checked over my room, its private terrace, and more views of the Gulf of Policastro, before rummaging through my luggage for my swimsuit.

A gentle breeze whispered through the palm trees as I walked across the lush green lawns and meticulously tended gardens to the large pool. A refreshing swim, and an equally refreshing Gin & Tonic at the poolside bar, with Christ the Redeemer as a backdrop, made for a heavenly afternoon.

The Best Way to Complement the Taste of Seafood

The Marina and Port area were home to a range of restaurants. We chose to indulge in seafood that night as nothing complements the taste more than the sight, smell, and sound of the sea.

As our chilled Prosecco filled glasses clinked together in honor of la dolce vita, our waiter at Lanterna Rossa placed my entrée in front of me.

From our balcony view, I marveled at the contradictions of scuffed and paint bare fishing boats and luxury yachts bobbing safely within the marina below. Daylight faded, the street lamps lit up and emitted a mesmerizing golden glow.

A cooling breeze off the Gulf on that June evening dispersed aromas of the octopus in tomato sauce, which awaited me. An Italian flag swayed proudly against the backdrop of the darkening skyline, which brilliantly blended cotton candy pinks to baby boy blues, as I made a start on my meal.

The Freshest of Flavors

The octopus was tender and lush, and you could almost taste the sunshine in the accompanying vine-ripened tomatoes.
This restaurant took pride in using the freshest produce. With each mouthful, I could picture the tomatoes growing on the side of a hill, invigorated by fertile volcanic soil, Mediterranean sun, and tender loving care.

The crispy char-grilled ciabatta was perfect for soaking up the sauce residue when all the delicious tentacles were gone.
The menu at Lanterna Rossa reflected a diverse range of dishes using locally sourced seafood, including prawns, mussels, clams, swordfish, anchovies, tuna, scampi, and calamari.

An essential element in Mediterranean cuisine is olive oil, and the extra virgin oil used here came from the best local, organic producers.

Teamed with accompaniments such as capers, pine nuts, pesto, lemon, eggplant, zucchini, fresh and dried tomatoes, you’re in for a tastebud treat. Even with a limited grasp of the Italian language, you can’t help but choose well when attempting to translate the menu. If eating with my eyes was a real phenomenon, then I’d be satisfied in an instant just by looking at my next dish.

Known as La Zuppa di Pesce di Beniamino, the fish soup took its name from a historic fisherman from the Port of Maratea and contained all the specialties of the region.
Flamboyant reds of the tomatoes and scampi contrasted sharply with the course, slate gray shells that rested teasingly open, housing morsels of mussels just waiting to be slurped out. Portions of fleshy white fish lay submerged in the stock against clams and capers all garnished with parakeet green parsley.

“Here’s to you, Beniamino, and the present-day fishers of Maratea,” I said, raising my glass with heartfelt gratitude for this culinary experience in a delightful setting.

In the enlightening company of my new companion, Diane, the flavors of the seafood, mixed with a sauce well worthy of dribbling down my front, topped off an uplifting day in Maratea.

There’s a good reason Maratea is less visited as it is not the most convenient place to access. Insight Vacations include Maratea on their Country Roads of Southern Italy and Sicily Tour. Alternatively, fly into Rome, hire a car for the 270-mile drive southeast to Maratea.

Train: Trains run every 20 minutes from Fiumicino airport to Roma Termini Station. The train to Maratea runs only twice per week, so careful planning is required. www.trenitalia.com/

Local Tour operators offering boat excursions give another perspective of this impressive geography. Cycling, swimming, snorkeling, and kayaking are available or if, however, you want to admire the views from yet another angle, then there’s hang gliding on offer also, www.flymaratea.it/

Where to Stay and Eat in Maratea: 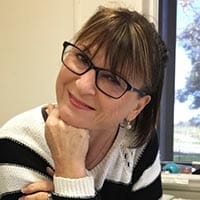 Marie Kimber lives on the beach adjacent to Australia’s premier wine region of McLaren Vale in South Australia.  An avid writer, photographer, public speaker, and tour host, she is passionate about sharing her destinations and love of food, wine and people with the world.