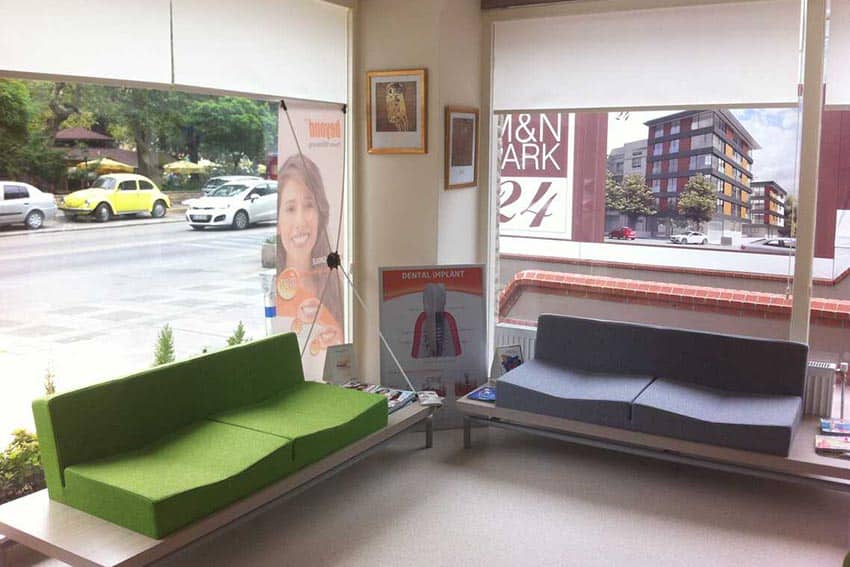 Dental Treatments in Turkey save you money for sightseeing!

A fall. That’s all it takes for you to lose your tooth forever and then not feel like smiling enthusiastically anymore. A month ago  I finally sat myself down, and gave myself the pep talk for getting a dental implant.

Turkey has directed its focus on raising the standard of healthcare in the country both in the private and public sectors. Many hospitals in Turkey are accredited with the Joint Commission International (JCI).

The government is making sure to develop new hospitals with A-class technical and medical infrastructure, employing professionals who are experts in their fields.

Lower costs with no compromise on quality, of course, makes Turkey the perfect choice for anyone looking for dental treatments be it implants, crowns, or veneers in Turkey.  The best dentistry in Turkey is available for you, and it won’t cost you nearly as much as the same treatment in Western Europe.

After my treatment, I witnessed a divine sight as I floated across the sky in a hot air balloon to catch the first rays of the sun above the mystical underground city in Cappadocia, in the heart of Turkey. I was smiling the whole time!

My journey started in with a trip to Istanbul, where I scheduled my dental appointment. In six hours, my teeth were as good as new.

After two days of recuperation in my hotel room, I made sure that nothing would clip my wings anymore.

Istanbul is the epitome of beauty blending both the past and present. As a seat of all civilizations, you just might find a relic of your own ancestry there.

The minarets built by the Ottomans and the Christian mosaics of the Byzantines in Hagia Sophia which was once a Church, then a mosque, and now a museum can overwhelm one with the colossal and intricate art & architecture that embellishes the place.

In Izmir, the ancient stone slabs and arches with water still flowing through the channels parting the floor of Izmir Agora I could imagine the hustle and bustle of this Roman-Greek marketplace.

Ephesus, an ancient Roman port city with its Temple of Hadrian and Artemis, Library Celsus conserved with 12,000 ancient scrolls, House of the Virgin Mary and so much more to see can make anyone feel fascinated with the beauty and culturally rich history of Turkey.

This wonderland was replaced by another in the southwestern part of Turkey in the province of Denizli, Pamukkale. What appeared to be ice sheets were actually travertines terraces filled with geothermal water rich in calcite, once used for hydrotherapy.

Why I ended up in Turkey was not just for the treatment, but the fact that the country is breathtakingly beautiful and perfect for those looking for medical treatments and vacations at the same time. Here are the reasons why I chose Turkey:

When I came to find that dental treatments in Turkey were four times cheaper than in the UK or elsewhere in Europe, the first thing that came to my mind was that the quality of healthcare might be poor or unsanitary. But it is not so. The cost of dental treatments is less because of the Turkish economy.

Running costs of clinics are quite less. Moreover, the value of Turkish Lira is less than a Sterling Pound (1£=6.99₺) so, you’d be paying less when using pounds or even with euro or dollars due to cost-saving from currency exchange.

Not only that the accommodations and travel costs are not that high either as I was able to book myself some pretty nice hotels for an average of £50/night.

Turkish souvenirs have an exotic charm about them, and it exists so because of the shopping bazaars found there. Turkish Grand Bazaar is a great place to get yourself some beautifully intricate houseware. The market bustled with life and colors as I heard the haggling along with swarms of travelers like me looking at everything with fascination.

I don’t think I’ll ever be able to forget those mystical aromas and smells in the Spice Bazaar – the hub of all spices in Turkey. You can also get dry fruits, jams, sweets, coffees, teas, and so many other eatables there.

Other than that, of course, you can get your hands on nationally and internationally trending fashion articles in the biggest shopping malls such as Cevahir Mall in Istanbul which is larger than any other in Europe, and Agora AVM in Izmir, etc. Turkey has so much to offer its tourists even the ones on medical trips.

They are vegetable dishes, without meat, which are served cold. I couldn’t stop myself from eating the Dolma which had eggplant, tomatoes, onions, and rice stuffed grape leaves.

I think it goes without saying that Turkey has the best kebabs both “shish” and “döner” as well as Köfte, also known as meatballs. For the sweet, despite there being many, I gave my heart to baklava, which was a crispy, flaky, honey-coated sticky dessert pastry filled with nuts. It’s as good as it sounds. I can name so much more, but you have to be there to try it out for yourself.

Turkey is beguiling with its antiquities, traces of civilizations, architecture dating that of Roman and Greek era, and Christian and Muslim influences. It can be quite overwhelming to see all that Turkey has to offer, and there is quite a definitive chance that you may overlook one thing or another while there because of the diversity of tourist attractions.

Other than my earlier mentioned escapades another quite thrilling experience was of traversing the two continents of Asia and Europe while I was on Bosphorus cruise. North of the Golden Horn you can see the Galata Tower standing in all its majestic might overlooking the city. In Turkey, there is a sight to behold everywhere your eyes look.

Across the landscape of Turkey, you will find the past of multiple civilizations, some of which were at one time covered only to be rediscovered again.

Topkapi Palace with its stories of the Ottoman emperors and its famous Harem. Basilica Cistern under the city of Istanbul is another fascinating diversion, underground and intriguing to explore.

Utter luxury and affluence drip from every inch of the Dolmabahce Palace, and the Istanbul Archeological Museum with artifacts from Babylonian, Hittite, Ottoman empires along with sarcophagus of Alexander the Great–It’s all a gold-mine for history addicts like me.

Izmir too offers such a pleasurable sight of ancient Greek and Roman cities of Teos, Pergamon, and Ephesus etc. that you are bound to leave a piece of yourself behind.

When it comes to the question of a piece of land that lies at the junction of East and West occupying Europe and Asia, the fusion of culture becomes tremendous as in Turkey.

The various archaeological artifacts are evidence of the cultures that have prevailed in the country’s history.

Byzantines, Europeans, Ottomans, Romans, and Greeks all have left their mark in Turkey. Asia Minor, also known as Anatolia, has long been a land where people belonging to different civilizations traversed the continent to establish their empires.

Do your research, and you are sure to find some of the best dentists in Turkey with medical tourism companies. They make sure that you are completely looked after pre- and post-surgery, and will walk you meticulously through the whole process so that you are fully at ease and comfortable.

Many of the doctors working in these hospitals are associated with accredited organizations such as the Turkish Dental Association. So, look ahead to a brighter smiling future.

When you are in Turkey, the one thing that might stand out the most is the hospitality of its people. It is after all the cornerstone of its culture.

You can easily find people here who are not only friendly but will try their best to help you in any way and chat with you while having some Turkish tea or coffee.

Therefore, don’t worry about feeling alone or getting lost even among strangers here because you won’t feel like one.

Getting to Turkey is Easy

The advantage of the geographical location of Turkey can be seen from the fact that in a four-hour flight from Istanbul, one can reach 50 different countries around Turkey.

It can be easily accessed by so many people because it lies in both Europe and Asia so, its neighbors belonging to diverse cultures and backgrounds can come without difficulty.

Turkish Airlines is one of the fastest-growing airlines in the world, while Istanbul Airport remains a hub for flights coming in or going out of the country. So, stop the wait, get here, and breathe in the mystical, historical airs of Turkey with a million-dollar smile on your face. 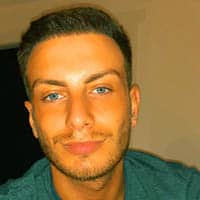 Sean Tutty is a freelance writer who works in customer service in Glascow, Scotland.