Drone Photography: Is It For You?

The Drone Guide: Essential for Travelers?

Looking to take your travel snaps to the next level? In the last few years, drones for personal use have been on the rise. Technology allows many to be affordable and portable while still offering quality imagery and easy piloting.

If you’ve thought about investing in some aerial photography and video equipment (AKA, a drone) there’ a few steps to consider. It takes time and funds to master the art of operating a drone to be rewarded with amazing travel shots. I’ve spent many days and shed even a few tears practicing my flights, but I love the footage. So, is it worth having a drone when you travel?

Consider your type of travel before purchasing a drone – are you a backpacker? Do you bring lots of luggage? Some drones can fit in the palm of your hand, while others are big and bulky. The ideal drone would be portable and have a high-res camera for good, quality video. Here are a few options:

The Dji Spark allows super easy flying, handling and weighs very little. The cons are a limited camera (up to 1080p) and short flight time. But this works great for beginners and is one of the most popular options on the market.

DJI is the leading drone company for hobby and professional flyers. There’s plenty of other brands that deliver just as good models, including Yuneec and Parrot. The main things to consider as a first-timer is the size, it’s the ability to compress in size for packing, camera quality, and battery.

I personally invested in the Karma drone by GoPro. Officially it’s been discontinued but is a good starter drone with GoPro footage up to 4K. The issues were its bulk, and it cannot track returning to home base by avoiding obstacles. The reason it’s a good drone though, it’s the only one with a removable action camera, and I bought it with a special deal including a camera and a handheld gimbal too. 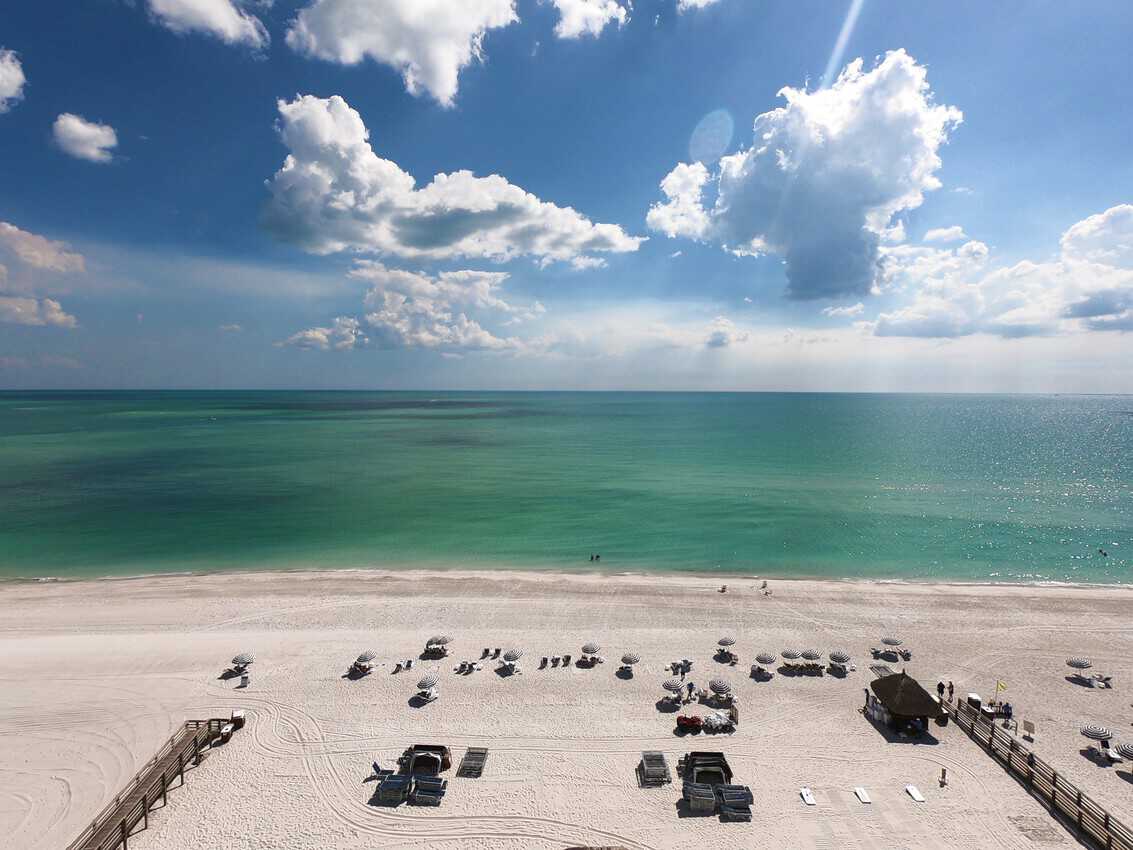 There’s a somewhat blurred line between ‘drones for fun’ and commercial ones. Professionals use a drone to take footage of real estate, or even resorts for promotional material. They often choose higher-end models from the same popular companies, such as the DJI Phantom 4 Pro. Commercial drones can carry heavier cameras or fit into tight spaces for things like excavations and rescue. You most likely won’t have to worry about this type of drone. 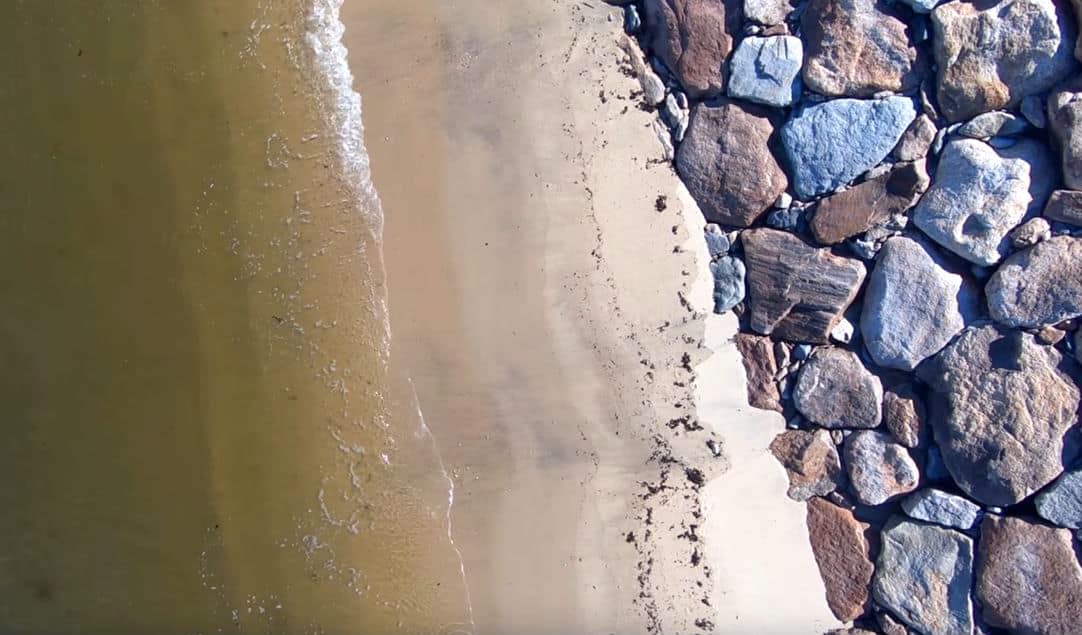 However, like commercial ‘pilots’, you will want to consider getting a license to fly. It’s required for operating drones in the US, so it’s worth looking into. You can receive a certificate through the Federal Aviation Administration (FAA) online. There’s plenty of online and in-person courses if you’d feel more comfortable practicing with an instructor too.

It’s super important to check the rules and regulations of each country you travel to with your drone. Most do not allow flight near airports, while others are more strict. For example, flights near major European landmarks are often forbidden and can mean your drone will be confiscated. India doesn’t usually allow drones into the country at all –yours may be taken at the border.

I’m a fairly new drone owner and feel like I’ve learned a few valuable lessons. It’s best to be prepared in many situations before taking your equipment out on the road.

I didn’t realize how important the portability would be for the drone. While I love the quality of the footage from my Karma and GoPro setup, the drone itself is quite heavy and bulky. The case can go as a carry-on, but nothing else can fit inside.

Also, I knew it would take practice to fly. But there’s a lot of hours you should clock before doing anything skillful, like fly tricks or overwater shots. I spend a bit of time every weekend at home learning the controls so I can feel confident when I travel with my drone.

Lastly, don’t forget the backup parts. After one small crash in Florida, all my propellers broke and it was grounded for the rest of the trip. I wish I had more spares on me and I could have recovered. Consider knowing quick repairs and having plenty of spare parts on hand.

More Advice from the Pros About Drones

Lots of people in the travel industry, from influencers and bloggers to journalists and photographers, are investing in drone equipment. Here’s a bit more insight from other professional drone pilots.

How to Travel on Flights with a Drone

Florence, the publisher of YogaWineTravel.com, is a regular drone user.

“A drone can be a fantastic piece of equipment for avid travelers and photographers, but there are some important things to know about traveling with a drone so you don’t end up breaking airline or airport security regulations, or even worse – having your drone confiscated.

As personal drones are becoming more popular, airline and airport regulations are constantly being updated, so it’s critical to keep up-to-date as policies can change overnight.

In general, you should detach the battery from your drone and carry spare batteries in hand luggage. If the battery is low, don’t bother charging it before your flight, and cover the battery ends so that they aren’t in contact with other metal. You can check baggage battery policies for major airlines here.

It’s fine to pack the body of the drone in checked luggage without the batteries, but try to pad it as much as possible and pack it in its carrying case, especially if you are traveling with a soft-shell suitcase. In general, airlines don’t have any issues with passengers flying with smaller drones like the DJI Spark or Mavic Air – drones weighing 500 grams tend to be acceptable.

However, if you’re traveling with a larger drone like the Phantom or Mavic Pro you might want to double check with your airline to ensure that you won’t encounter any issues.”

Handling Drone Permits in Other Countries

Steph is the publisher of WorldlyAdventure travel blog. She also shoots with a drone regularly.

“I’ve found that the landscape of drone permits to be somewhat complicated to navigate. When I was living in Chile, I looked into getting a permit but found out that unless you wanted to fly in cities or built-up areas, you were just required to contact the aviation office by email to let them know you were planning on flying.

In general, I think few travelers even bother with this step, but I would recommend it because you never quite know at what point they will start enforcing their (somewhat ill-defined) drone laws.

I also tried to apply for a permit to bring a drone into Guatemala but ended up choosing not to bring it. The documentation that I received from the aviation office was sent to me as a Whatsapp photo rather than a PDF (!) and myself and the company organizing the trip were not 100% sure that it would be viewed as legitimate or valid on the ground.

With the prospect of having my drone confiscated at customs and having to pay to get it released, I opted not to bother.

For me, I use a DJI Mavic Pro and it has been excellent because of how small it packs down (I can fit that, my computer and my camera equipment in a 40l rucksack with space left over which, believe me, is a win!). I have a hard case that I bought on Amazon that protects it in transit, too.” 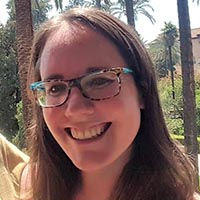 Eileen Cotter Wright is an American travel writer and blogger. Her work has been featured in a variety of publications, including The Muse, The Telegraph, Buzzfeed and HuffPo. She owns a ‘travel with friends’ blog called PureWander.com and finds passion in adventures worldwide. Eileen also loves yoga and podcasts.