Tejo: An Explosive Introduction to Colombia

At the sound of the explosion, I jolted backward, my hand instinctively flying toward my chest and the sputtering heart within.

Visibly shaken, my eyes scanned the room, searching for the blast’s source. Dust coated every inch of the space, hanging in the air and clinging to any piece of dark fabric.

Overhead lights flickered. Groups of locals sat huddled around small plastic tables, unphased and unbothered by the eruption of noise, continuing animated conversations, of which I could only pick up a word here and there.

The clink of beer bottles, toasting a successful attempt, along with a few bursts of laughter wafted up from where the detonation occurred, my only concrete evidence it had ever even happened.

The Sport of Tejo

While somewhat disorienting, in hindsight this seemed the perfect introduction to the country, to this establishment- Los Bucaros – and to the quintessentially Colombian sport of tejo. Believed to have started hundreds of years ago, the game, also known as “turmequé” originated amidst the Muisca, an indigenous group living in the Colombian high plains.

Today, it’s become a national pastime, second in popularity only to soccer. And while somewhat altered from its original state, in which participants launched pieces of gold at ceramics, (it’s believed the Spaniards added gunpowder into the mix) the modern-day version maintains many of the same rules.

Easy to learn but impossible to play well, the game combines strategy, socializing and excitement in a way that recognizes the country’s past and encompasses Colombia today.

Both unexpected and downright fun, tejo represents so much of what makes Colombia worth visiting.

The room we’d entered appeared to house at least four playing areas, all of which looked filled with people of varying ages. A man, noting our arrival, nodded behind him, a subtle signal of open spots in the back.

Following Oscar, our Colombian guide, we wove through the crowd, to our very own lane.

A large wooden circle stood as a backdrop. With our tejos, small spheres of iron, in hand, we had the task of hitting said triangles that, filled with gunpowder, would explode upon contact.

Easy enough, right? Absolutely not. Starting at the official distance, swinging my tejo-wielding arm back and forth to gain momentum, my sphere barely cleared the halfway mark, landing with a thud on the concrete.

The weight and shape of the tejo would take some getting used to; but thankfully, I was not alone in my failure, as my friends one after another continued to miss the mark.

Our tejos, ricocheting off wooden beams, rolling along floor, and at times pinging off metal, created a cacophony of ineptitude.

Over time, we slowly inched our way toward the opposite cancha, to minimize not only our throwing distance but our bubbling frustration. Planted firmly midway between the two targets, and having gained comfort with our grips, the tejos began connecting with the clay and, albeit infrequently, the mecha, creating explosions almost as thunderous as our cheers.

Even without having started an official game, or truly knowing all the nuances, the mere process of learning to play had generated instant camaraderie.

As our contacts increased so too did our willingness to compete. Breaking into two teams, with five members on each, we counted off, creating a throwing order to be followed each round.

Adhering to Oscar’s clear directions, we proceeded to toss, alternating between teams.

Filled with mishaps and laughs, we proceeded accordingly until either everyone had thrown, or someone struck a mecha.

Its explosion, even if achieved by someone mid-round, signaled the end of said rotation and the need to collect the tossed tejos.

Striding toward the cancha, each member eyed their disk, knowing that points depended on remembering which tejo belonged to each player.

Once collected, we’d then take aim at the target from which we’d just walked.

Hitting the mecha, which essentially required striking a spot about the size of a Dorito chip from nearly 30 feet away (half the official distance) with a heavy iron disk that proved somewhat awkward to hold, seemed the hardest task.

And yet, to our dismay, it only earned 3 points. Striking the center of the circle formed by the gunpowder filled triangles, known as a bocín, garnered 6. And, a team accrued a whopping 9 points if a tejo proceeded to hit a mecha and then lodge itself in the ring.

Struggling to even reach the clay-covered canchas, a moñoca seemed truly impossible. More likely than not we failed to accomplish any of above-mentioned feats, in which case a solitary point was rewarded for the tejo lodged closest to the circle of mechas.

Because contact was few and far between, regardless of whether the tejo originated from a teammate or opponent, each point scored, be it from an explosion or simply sticking to the cancha, brought with it, palpable excitement, genuine encouragement, and a renewed passion for playing.

While an unlikely pairing, I quickly learned alcohol held an important, albeit somewhat controversial, position in the social component of tejo. Many teams are sponsored by beer companies and players do drink while competing.

Almost as soon as we’d found our lane, bottles of Poker, brewed in Colombia, appeared on the small table nearby. We couldn’t sip and throw simultaneously but found ourselves taking swigs to celebrate successes or in preparation for an upcoming turn.

Our flushed faces and shrugs of defeat, signs of vast internal embarrassment, were met, surprisingly with nods of encouragement from the locals, who had stopped to observe. The same gentleman who’d indicated toward this lane earlier in the evening offered pointers following each of my throws.

Using gestures, he let me know if I released too early or too late. Bearing no judgment, he wanted me to improve, to ensure I enjoyed the sport he loved. 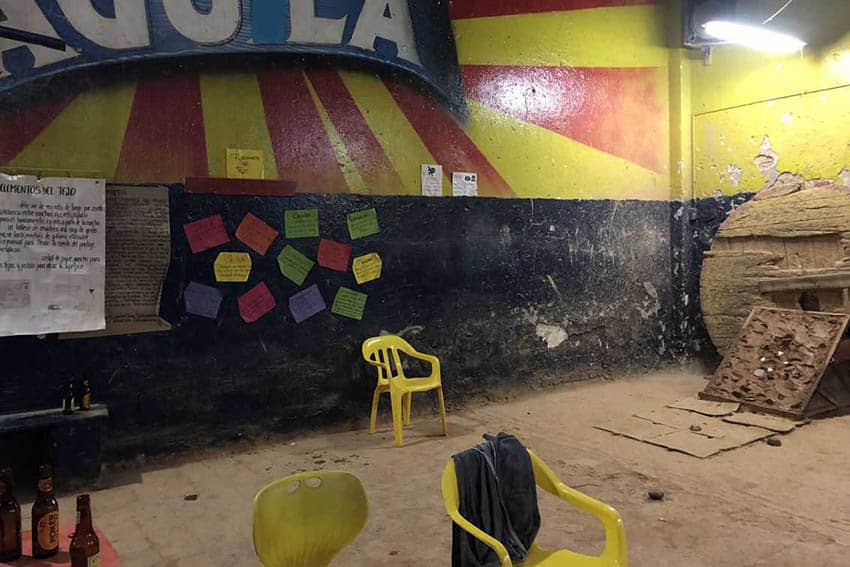 For some, the alcohol improved accuracy. For others, it was only downhill.  Aguardiente, the national drink, was also available, served in what appeared to be a large adult juice box.

Poured into small plastic cups, a shot of the intense liquor sufficed. Despite the somewhat dangerous nature of tejo, imbibing Colombian beverages while playing a truly Colombian sport seemed right.

To some, the combination gunpowder, alcohol, and heavy disks might sound disastrous. And yet, here in Bogota, it was anything but. You’ll get dirty. You’ll get frustrated.

But you’ll also find yourself laughing uncontrollably and leaping into the air with the excitement of a child.

I played tejo on the very first day of my Colombian explorations. I barely knew the people in my group and clearly had no previous exposure to the rules of the game.

And yet, tejo brought us together. Like a local, it introduced us to each other and to the country in which I’d find each day held yet another unexpectedly magical moment.

If you’re looking to play a round or two while in Colombia, Bogota offers visitors the best opportunity. Relatively new to tourists, many establishments are designed for locals and English may or may not be spoken.

Also note, you don’t pay for a lane, but you are expected to order drinks, which is how they make money. Some tour companies offer packages that include learning the sport but in case you want to venture on your own, consider visiting:

Closest Transmilenio stop: Las Aguas (and then a bit of a walk) 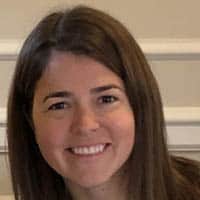 Alison Spencer is a freelance writer from Minneapolis, MN. Her stories have been published in articles recently published on SoulScape Asia, BootsnAll, The Culture-ist, Passion Passport, and Roam Magazine.