The Karoo: A Desert Highway

It’s one of the quietest places on Earth attracting eccentric hippies, novelists, crafters, artisan brewers, chefs and funky hoteliers. Best of all, few visitors have heard of Route 62, let alone driven it – making it the least traveled highway in Southern Africa.

Millions of us are descending on the same handful of tourism hotspots each year, giving rise to the very modern phenomenon of over-tourism.

Thus, instead of hitting the usual big cities, I took to Route 62 – South Africa’s answer to America’s Arizona Desert. This is big sky country with wide-angle horizons and a crazy mystique to the isolated towns and villages along the way.

Doing just a short stretch of Route 62, which extends some 620-miles towards the east coast, I head east out of Cape Town towards Barrydale – one of the first frontier villages I encounter. It’s a little mountain settlement snug up against the Langeberg where nothing much happens.

In the vague hope of spotting a passing car, the locals do a lot of stoep-sitting – in fact, most have their living room furniture decamped to their verandas. All of them wave and smile as I pass.

I drop my bags off at the funky Karoo Moon Motel in Barrydale. It’s like nothing I’ve ever seen, complete with tall feather beds and authentic repurposed Karoo furniture, some of which were once farming implements.

The motel is directly beside Diesel & Crème, a retro diner – one of those places where every corner has something interesting to contemplate, each with a story of its own.

The Karoo Moon Motel At Diesel and Cremé

The village is colorful with flamboyant signposts which lead me to galleries and boutiques, interspersed with fruit orchards and Victorian-styled Karoo houses dressed in vivid wooden shutters, sash windows, and bullnose stoep awnings.

It’s a flurry of creativity, a labyrinth for soul-searchers and lovers of wines.

I mooch around the stylish shops and studios, make a few friends then partake in a food and brandy pairing at The Cellar.

Three small snifters, each matched with a morsel of divinity – like their 8-year old Ladismith Brandy, teamed with a fig leaf marinated in brandy syrup, topped with sweet green fig and a teaspoon of gorgonzola.

As instructed by Zak Jansen, I take a bite of the fig-leafed morsel, a swig of brandy, work the two together in my mouth till the flavors get to know one another – and wait for the fireworks! It’s a profound religious experience. thecellarbarrydale

This is slow travel, with the always present lure of the open road.

Over craggy mountains, paprika-colored gravel roads and vast open spaces I head to the horizon. Nearing Ladismith, the looming outline of the split mountain peak, Towerkop, is in my line of sight.

Legend has it that the original peak obstructed the flight path of a witch who did a JK Rowling on it, splitting it in two with a blast from her wand.

The Elegant Lady of the Karoo

At Ladismith, affectionately known as the elegant lady of the Karoo, I turn east, bearing towards the hamlet of Amalienstein, a Lutheran mission station, where the locals are cultivating their own farming community, and are now trying their hand at developing tourism.

Here I pull in at Desmond Sauer’s eco farm-stay – Waterval. He’s an alternative lifestyle visionary who’s swapped meetings for mountains. As he guides me along a visually rich mountain pass bordering the Swartberg Nature Reserve, he dismisses conversation about his former life.

Being somewhat of a flora and fauna buff, he speaks of the Klein Karoo’s history, of its deep Frontier Lands, its plants, rock paintings, and Bushman folklore.

He talks about the 1820 settlers from Scotland and England who trekked through the region, and of the few who settled here. His eyes brighten, and his voice deepens when he speaks of the region with its rich terracotta landscape, its craggy mountains, and its Jurassic Park-like landscape.

It’s a living tapestry dotted with small shaggy thatched villages where geese and chickens loiter along the roadside, and where children rush out to wave and tout small hand-made clays animals to seldom seen passing cars.

Taking in the Views

At the top of the mountain, hunched behind Desmond’s B&B farmhouse, we stand in silence, taking in the views across deep gorges and distant almost inaccessible hamlets.

When we’ve taken it all in, we retrace our steps down the Seweweekspoort mountain pass and through what feels like a twilight zone of canopied trees, beyond which is a world that saturates one’s senses with every sharp shade, sound, and smell nature can bestow.

A soft silken breeze carries with it the tangy aroma of wild ginger and the distant chatter of baboons.

Desmond stops to photograph a stand of noble Aloe ferox and the red pompoms which adorn the Mitre Aloe. When on the mountain he often discovers something new and sends WhatsApp photos to past visitors who are interested to learn about desert plants like Chinese Lanterns, Cabbage Trees, Wild Pelargoniums.

In the late afternoon, we walk Desmond’s dogs to the waterfall at the base of his mountain and watch them wade in the stream. Later we sit on his stoep studying the stars, eating produce from his land.

Recycling is Desmond’s thing. He’s a firm believer that one person’s junk is another’s treasure. He’s gathered his building material and repurposes furnishings by scouring second-hand shops which lends a unique and artistic African feel to each of his four rooms, including a groovy outdoor ablution block overlooking the waterfall.

Desmond hates small talk. He speaks of atoms, death, aliens, sex, magic, intellect, the meaning of life, faraway galaxies. He lists his flaws, then asks after my favorite scents; of his insecurities and my fears; his sepia-toned childhood memories, and what keeps me up at night.

He’s one of the coolest people I’ve ever met. His past is colorful, he’s explored the world, lives way too close to the edge, has made bad choices, and learned lessons – but he isn’t afraid of being authentic.

He is a tattered tapestry woven of many threads. He’s my favorite shade of crazy, dripping with cool — and to me is the Ambassador for what South Africa stands for. WatervalEcoFarmStay

I bid my new friend farewell and head to neighboring bougainvillea-draped Calitzdorp and feast on Bobotie at the Rose of the Karoo Restaurant with the owner, Sandy, a musician of Russian descent, who learnt the art of slow cooking before it became a thing, from her grandma.

Sandy, who likes to think of herself as somewhat of a diva, loves her vegetables and concludes she eats them every day. “Carrot cake, zucchini bread, pumpkin pie, all the good stuff,” she laughs loudly. roseofthekaroo

I meet with Hans Van Vreden who takes me on a karoeber horse-cart ride. He speaks of his former life as a lecturer, then quitting the city to establish Gamka River Horseback Safaris, which he started with a few rescue horses and a couple of donkeys.

He gives the horizon a thousand-yard stare, his toothpick makes a slow, philosophical journey from one side of his mouth to the other.

“Back in the day,” Hans reflects, “when buffalo herds roamed thick in these parts, an ox-wagon journey to Cape Town took five weeks on the trot. Now you’re looking at Table Mountain in under four hours.     gamkariversafarico

The jaw-dropping locations and the rustic eco-chic encounters of these villages along Route 62 proved this to be ‘the’ place to experience South African eco-tourism.

After you’ve done your time in over-touristed Cape Town, one of the world’s most beautiful cities, and taken in the spectacular Cape wine-route, you need to experience the raw, in-your-face and utterly exciting world of the Klein Karoo and Route 62 – even if it’s just a small piece of it. 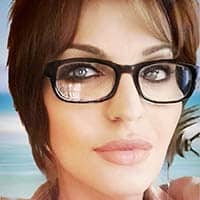