Rajasthan: Exciting For First-Timers to India

Travelers are wising-up to staged ‘local encounters’ which have become little more than human safaris. In Rajasthan, for example, independent and privately-owned hotel owners uplift their immediate communities and have a local guide savvy explorers’ around. This way, you get to see genuine village life without intruding – which is where the magic of travel truly lies.

Visiting a remote Garasia tribal village, reachable only on foot, I meet an elderly lady, Miriam and her mother, Dotti. They oversees the village during the day – Miriam and Dotti look after the children, whilst the fathers tend the fields and the mothers sell vegetables at the market.

Miriam’s home has a grass reed roof held up by four posts and two reed walls. There are raised reed beds directly beside a goat pen, a fire pit for cooking, and suspended reed baskets for the chickens to sleep in at night.

While the children do their chores, and Dotti prepares lunch, Miriam proudly shows me around, then invites me to squat under a Banyan tree, and makes tea, telling me about her modest life.

Where you’ll find such deeply cultural experiences are at off-the-beaten-tourist-track private hotels, like the Ghanerao Heritage Hotel, surrounded by a quaint village of the same name. Here the streets are clean, the ramshackle homes are painted in vibrant colors, and locals are genuinely happy to see visitors.

Welcome to a Maze

There are definite ‘Best Exotic Marigold Hotel’ characteristics to a stay at the Ghanerao, but in the best possible way imaginable. Forget the 21st century, this is living history.

Although crumbling and somewhat run-down, this once dilapidated, incredibly picturesque castle, draped in bougainvillea creepers, hidden courtyards, and sun-trap terraces, has been painstakingly restored, one room at a time.

Built in 1606, by a gallant Rajput soldier of Mewar, Ghanerao Castle is a huge maze-like mansion with hidden tunnels and passageways.

It’s like sleeping in a museum filled with interesting artefacts which provide magical insight into the lavish lifestyle of past Royalty.

Each of its 15 renovated guest rooms is unique – some have canopied beds and stained-glass windows, others have antique sofas, chandeliers, ornate alcoves, and frescoes – but all are furnished with genuine antiques, some restored, most not.

Dinner is a take-what-you’re-given affair, which is authentic, flavorsome and aromatic Rajasthani dishes.

The trade-offs are no mod cons – internet is available only on the beautiful marble terrace and there’s no real reception desk so it’s difficult to reach service staff (there are no in-room phones).

The air-con is iffy and if you remember to turn on your geyser you may have a warm shower. On the up side is the hotel does an escorted tour of the village, where you’ll no doubt be harassed by cows seeking treats, meet the man who repairs bicycle punctures, a lady that hand-makes leather slippers and another milling grain.

You may instinctively want to opt for modern five-star luxury but in this case, the compromise is worth making as the atmosphere, history, and art is genuine and everything is sufficiently comfortable. So, go with the flow and forget Western ideals.

Must do: Spend a morning with a local Raika tribe and learn how they milk their camels – standing stalk-like on one leg, directing the milk flow at a jug balanced on one knee.

This is followed by camel milk tea brewed on an open flame, and a quick overview of the medicinal benefits of camel milk which, due to its high nutritional value is regarded as a staple part of their diet. They have used it not only as a drink but as a total food supplement.

In Africa, the Middle East and Asia camel milk is known for its curative properties. As well as being low in fat (two percent fat content, compared to four percent in cow’s milk), it has five times as much vitamin C and calcium than cow’s milk.

It has high levels of iron (ideal for preventing Anaemia), and B vitamins, it’s also high in unsaturated fatty acids (which helps reduce cholesterol).

Research has found camel milk has more anti-bacterial and anti-viral properties than cow’s milk and is lower in lactose. It also contains an insulin-like protein that does not get broken down in the stomach, helping to reduce the amount of insulin required by a diabetic!

An equally authentic hotel is Castle Bera, found in the small hamlet of Bera, in the Jawai region, renowned for its leopard population who live in the nearby granite hills.

It’s a grand 300-year old ancestral castle, once home to the son of the great ruler, Maharana Pratap.

This 16th-century palace has five spacious, air-conditioned guest rooms and is run as a home-stay which overflows with antiques, hunting trophies, memorabilia, family history and pictures of stiffly posing royalty. There are in-room phones, 24-hour room service, and wi-fi.

The garden is immaculate, and a magnet for local birdlife and butterflies. The food is traditional with no menu choices, which allows you to sample a large selection of new and exceptional tastes – none of which will disappoint.

There’s a sense of faded grandeur to the Grande Dame, yet its immensely comfortable, with basic facilities and genuinely courteous, unhurried service. Don’t go expecting 5-star luxury but do anticipate being wowed by the generosity of Castle Bera’s young owner, Yadu Singh, and his father Winku, who’ll regale you with historic tales of the castle’s once royal hunting grounds. http://www.castlebera.com

Must do: Partake in a cooking class using traditional recipes from Castle Bera’s hereditary cookbook; and take a royal picnic at the nearby Jawai Dam.

Should you be hankering after unadulterated five-star luxury, head to the Aravalli Mountains near Ranakpur – you’ll find opulence in abundance at the modern Mountbatten Lodge.

Style, finesse, and luxury permeate from every one of Mountbatten Lodge’s four suites. Some have four-poster beds, private swimming pools, and patios, but all are dressed in priceless colonial antiques, heirloom rugs, bronze curtains that puddle on the polished wooden floors, immense mirrors and hammam-style bathrooms.

There are not many breeds that are as intriguing, noble and courageous as the tall and majestic pointy-eared steeds — former warhorses and mounts of the Maharajas and princes of India, who now trek through the Kumbhalgarh Wildlife Sanctuary, riding visitors from one designer campsite to another. But should you tire of riding, you could swap for an elephant instead.

On your second day, Reggie suggests a leopard safari, deep in the surrounding big-cat terrain. http://www.mountbattenlodge.com

Must do: Enjoy a hilltop sunset, sipping champagne and partake in a Garasia tribal village visit.

Whenever asked to suggest where to go on a first visit to India, I now have the definitive answer: aromatic and color-soaked Rajasthan, a region that indulges your every romantic notion of India, complete with camels, turbaned tribesmen, palaces, snake charmers, and kings. Here old rituals of politeness and respect hold sway.

For various reasons, I had little time to sleep whilst in Rajasthan, so you may imagine my joy to find three empty seats beside me on the trip home.

Soon after take-off it’s feet up and head down, with instructions to the crew not to wake me. Then an insistent “Aunty, Aunty, Aunty” is uttered into my ear.

An old man, at least 100 years older than me, wearing a Dhoti Kurta and a long white beard, asks if I’d care to swap seats with him so he too could “… partake in the luxury sleep facilities the airline so kindly provided for its passengers to share.”

At once I recall the giving, sharing, community-focused people and Miriam, the lady that made me tea under the Banyan tree. She shared a moment of her life with a stranger, with no immediate gain other than a little company.

I got my bits together and scooted across the aisle to his seat. As the old chap inferred, who am I not to share in the good fortune of extra stretching out room. 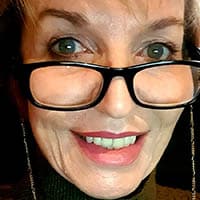