Kolkata, India is a foodie’s delight. Every meal is a leisurely affair eaten with the laid-back culture – inherent of the native Bengalis – relishing every morsel and tasting every crumb. Breakfast is also not an exception. So next time you are around, do make some early morning time to explore the culinary pleasures.

Read on as I take you around the city sampling the hole-in-the-wall eateries to the well-established ones. Each one though has its own history, tradition, and charm.

A short stroll down Sarat Bose Road in South Kolkata to complete your morning walk or run at the Dhakuria Lake is this humble shop selling piping hot, round kachuris (inflated circular bread) with a zing of ‘hing’ (Asafetida) served with a generous helping of a lip-smacking Alur torkari (Potato curry).

The shop has massive korai (pans) where the kachoris are being fried every minute and yet there is always a queue of hungry patrons waiting to be served.

There are also a host of options in sweets as an accompaniment – I will vouch for the crispy jalebis (a deep fried round sweet dipped in sugar syrup).

Finish this divine combo with a cup of milk tea served in an indigenous clay cup. To top it all, all of this comes at a dirt cheap price, making it a popular joint across all strata of the society.

Not many people are aware of the association of the Chinese who emigrated to Kolkata during the British era some 200 years ago and settled down near the Hooghly river in the port of Calcutta.

‘There is still a designated China Town in Kolkata called Tangra where Kolkatans head to for some hearty Chinese meals.

However, to get a taste of authentic Chinese breakfasts you need to head to Teretti Bazaar.

It is really a street with families setting up makeshift stalls and selling home-cooked fare. It starts really early and winds up by 8 AM to make way for the office hour parking.

You will find a great variety of options: dumplings both steamed and fried, wantons, soup noodles, Chinese sausages, spring rolls. Gorge on while the world goes about in the surrounding bustling market.

When we were growing up this was the epitome of English breakfast in Kolkata. It wasn’t something we could afford easily, therefore we would save for days for a trip to Flurys and save the bill to later show off to friends.

I still remember the one time when I had accompanied my photographer friend to take pictures at dawn of the Victoria Memorial and then walk over to Flurys for a refreshing cup of cappuccino.

It still has the old world charm – the British type hanging chandelier, beige wallpapers and the aroma of freshly brewed coffee. The baked beans, sausages, eggs on toast are still to die for. The crowd though seemed to be much younger. 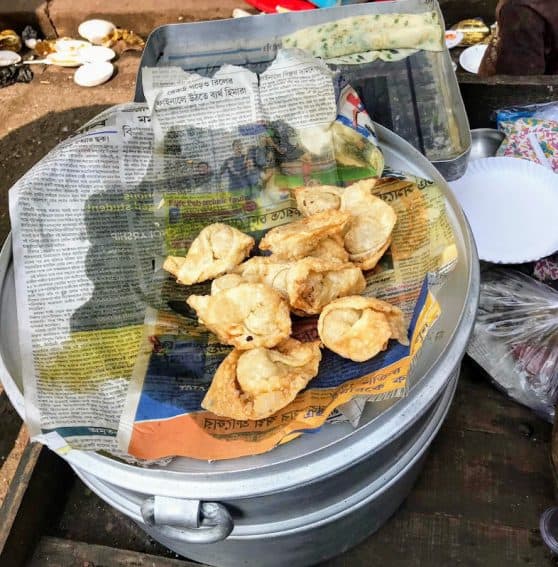 The youth today seem to be able to afford much more than I could at their age – but isn’t that true for anything these days? Sigh ! but I did savor my morning cuppa listening to a young college group rave about a Coldplay concert

It is quite popular in Kolkata and there are many good restaurants however this one on Russel Street is one of my favorites.

The queues in the morning have to be seen to be believed – entire families with kids and elderly in tow are waiting patiently to have their breakfasts.  No wonder it has a very high rating on any local food app and delivery boys thronging the premises to pick up orders.

Try the dosa – they have quite a variety (Onion, Cheese, Rawa etc. ) with different chutneys to enhance the taste – or the Idly with ghee for a simple yet tasty beginning to your day

What is your favorite breakfast haunt? 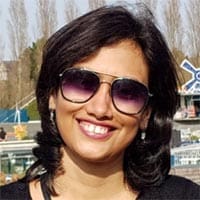 Tani Dutta, lives in Haarlem, Netherlands. Originally from Kolkata, India.  If you have heard the phrase “all those who wander are not lost” you will know it is me. Most often finding stories in “off the tourist track” places and writing about them. I believe, every corner, every street has a story you just need to find a way to unveil it. Follow me on : instagram.com/tanitraveldiaries