You look out across the stark high desert at the hazy mountains in the distance. It’s hard to image a few million years ago this was home to mammoth dinosaur-eating sharks.

Big Bend National Park takes up a huge chunk of far west Texas along the Rio Grande River and Mexican border. Remote, arid most of the year, and over 100 miles from the nearest Interstate highway.

It’s one of the least visited national parks in the Lower 48 because it is so hard to get to…a seven-hour drive on Interstate 10 from San Antonio, five hours from El Paso.

The park is huge, covering 1,251 square miles. Drives within the park are long, points of interest far apart. Distances here can be misleading. That mountain you’re looking at could be 50 miles away.

Gas is only available at the Panther Junction Headquarters so don’t let your tank get too low. Cell phone service is spotty, and Wi-Fi is only found at park offices and the Chisos Lodge.

The mountains within the park are usually engulfed within a blue haze. Like a soft velvet glove, it’s a by-product of sulfite particles from Mexico in the air. The haze is worse in the hotter months, which in this area is most of the time.

If you’re lucky, you’ll see a mountain lion. I was lucky, got a fleeting glimpse of one as it darted across the road in front of me.  There are also bears, gray fox, and lots of deer in the higher elevations.

During my visit, a momma black bear and cubs wandered into the parking area of the Chisos Mountain Lodge, and the next night a family of deer showed up in the same place. It is advised to carry bear spray if you’re hiking in the backcountry but bears encounters are rare.

There are 31 varieties of snakes in the park, including rattlesnakes. Be careful where you walk and put your hands when out on the trails. The most common is the pink-hued western coachwhip snake, which is harmless. 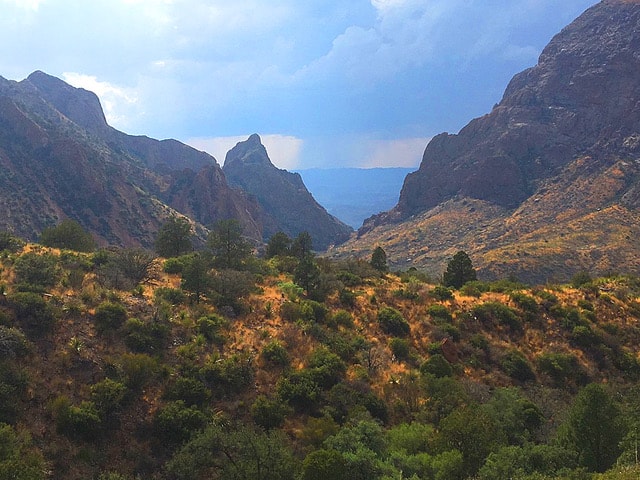 One of the most startling attractions of the park is the night sky. With no light pollution, the stars are brilliant. You can actually see the Milky Way with the naked eye. Big Bend attracts astrophotographers for that very reason.

There is only one hotel in the park, Chisos Mountain Lodge. Reservations are hard to come by, so book far in advance. It also houses the only restaurant in the park. There is a campground in the Chisos Mountains, not far from the lodge. It is mainly for tent campers.

The RV campgrounds are at Rio Grande Village at the far southern end of the park, along  the banks of the Rio Grande River.

If you can’t score a room in the park there are hotels in Alpine and Marathon, but they are 70-80 miles up the road. I found a great hotel in Lajitas, at the Lajitas Golf Resort.

There are hotel style rooms and luxury condos, plus a nice restaurant and bar, and a championship golf course in the middle of the desert.

Lajitas is about 20 miles west from the national park, and just across the highway from the Big Bend Ranch State Park. There are also small guesthouses and an RV park in Terlingua, the closest town to the national park.

Hotel rates vary by season. The most popular time of the year is the winter, followed by spring and fall. Summer is just too hot for most people.

Late summer-early fall is also the Big Bend rainy season, with the weather usually clearing out by late October.

The most common thing to do in the national park is hiking.  There are dozens of backcountry trails with camping.

You will need a backcountry permit from the park headquarters at Panther Junction. The most popular trails originate from the Chisos Lodge.

There are six trails. They range from short paved walks near the lodge to 12-mile trails up into the mountains. The degree of difficulty varies, with some easy and others extreme. Trail maps are available at the park and lodge offices.

Birding is another popular activity. The peak season is in the spring when more than 400 species are in residence, stopping on their migratory journey from Mexico to North America. Best birding locations are along the Rio Grande River and in the Chisos Mountains.

There is rafting and canoeing on the Rio Grande River, with several outfitters in Terlingua and Lajitas.  Depending on river water levels, sometimes it is exhilarating white-water rafting, and in other cases, it is a quiet float trip.

Check in advance with the outfitter to find out about river conditions. 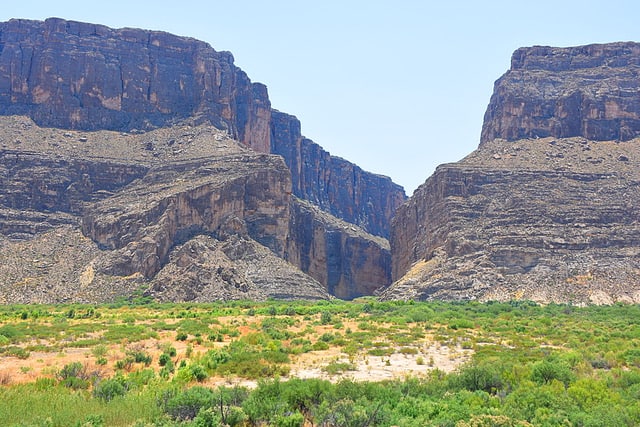 A stop at the Fossil Discovery Center is worthwhile, especially with kids.

The exhibit takes you back 130-million-years when dinosaurs and even those huge sharks and giant alligators dominated the region.

You will find wayside exhibits along park roads that have information about the geological evolution of the area.

You can also make a trip to Mexico while in the national park. There is a border crossing on the Rio Grande at Boquillas, which is located east of the Rio Grande Village RV Park.

The crossing is only open a few days a week, and those days vary by season. Check at park offices for the schedule. A passport is required.

Visitors to Mexico are rowed across the river in a small rowboat. Then it’s a short walk to the small village. You can also opt for a ride on a burro or horseback, led by Mexican vaqueros (cowboys).

Most visitors stay only a few hours, but you can stay overnight in Boquillas if you have a Mexican visa. The accommodations are pretty rustic but the hospitality is great.

Allow yourself at least four days to see Big Bend, longer if possible. It is a unique national park, offering beautiful vistas, great hiking, and full of wonderful memories. 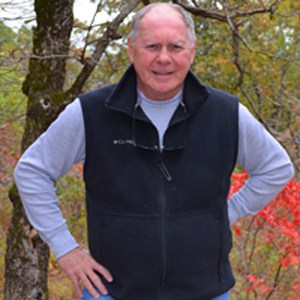 Fred Mays is a retired television journalist, winner of the Peabody Award and several Emmys. Now he’s a freelance writer/photographer in Satellite Beach, Florida, previously from Dallas, Texas. He’s been writing off and on for over 20 years, producing web content since 1999. You can find him at fredmays.com