Phillippines: An Organic Farm and Retreat for Healing

Say the word Zambales in the Philippines, and chances are someone will immediately start to tell you about the region’s mangoes—or try to sell you some.

Of course, this region is popular among locals and foreigners alike for plenty of other reasons, including its beaches, caves, and hills.

Adventurers head to this region as a base point for climbing Mt. Pinatubo in the southeast, or to tackle the defiant yet majestic Mt. Tapulao outside of Palauig, while those who are inclined can come to visit the villages of indigenous Aeta, or Katutubo, people.

Say the word “healing,” however, and people might look at you a little oddly, to say the least.  (Of course, people might do that anyway, if you’re a foreigner in the Philippines, but that’s for another article.)

It’s safe to say that this word might not be a go-to adjective when most people think of this province, the second-largest on the entire island of Luzon.  Yet healing is precisely what Sambali Beach Farm outside of Botolan is all about.

Healing is, in fact, the raison d’etre for the farm’s very existence, the origin of its foundation by Ching Camara over 20 years ago.

This is also precisely what should catapult this little locality to the top of your list of places to visit in the Philippines!

I visited this farm somewhat on a whim, not having planned much beyond knowing that it was an organic farm.  Originally, my goal was simply to visit and broaden my knowledge about organic farming and Filipino cuisine—and, all right, to get away from the heat, the madness, and the crush of Manila for a few days.  Who wouldn’t want to?

As many of you who may travel extensively know, not planning usually leads one of two ways: straight to disaster, or straight to the highest peak of ecstasy, to a blissful mountaintop of serendipity.

As it turns out, Sambali was one of the best surprises in the Philippines, hands down—even without much planning.

The philosophy of the farm is simple: to come and connect with nature, and to heal.  As the owner Ma’am Ching is so fond of saying, it is a place to get clean food, clean air, and inspiration.

What could be better?  And yes, there are mangoes too.

Located in the tiny village of Danacbunga near Botolan, directly on the shores of the West Philippine Sea, Sambali Beach Farm began simply for Ma’am Ching herself.  Having suffered through quite a bit of illness by the time she was a young adult, Ching turned to the land to get better.

That’s where she found her own peace, health, and restoration.  At first, the eight-hectare farm was just an herb garden for her and her husband, and Ching was entirely self-taught.

Over time their vegetables and herbs became popular in Botolan, and Ching and her husband started selling more.  They then turned to other organic products, and the farm grew.  Now the farm provides organic pork and chicken, as well as biochar, vermicomposting, and bokashi, a form of composting kitchen waste.

Ching’s vision soon expanded to take in guests, so anyone could come to experience the farm as it was originally meant to be: a place of connection back to Earth, to sun, sand, beach, clean air, and clean food.  Eventually, livelihood projects began for the local townspeople, offering economic support for housewives and for local farmers.

In this way, the farm wasn’t a place to just escape from the world and ignore its problems; Sambali provided healing and restoration for the local communities.

A profit-sharing scheme began for the gardeners to stay in on-site housing at a 30% cut off of local residence prices.  Women were hired to slaughter, dress, and sell Sambali’s chickens, and to transport and vend the farm’s produce for a cut of the prices.

Currently, an annex just to the east of the farm provides the added presence of Dominican Sisters, who keep a chapel, a Eucharistic hermitage, and their own small farm.

Go to learn about the organic farm itself, on an official day tour led by the farmhands and either Mau or Chello from the office.  If you wish, you can stay in the nearby town of Iba, as guesthouses are plenty—and Sambali is pricey.

These meals are simply exquisite: the best I’ve had in my entire stay in the Philippines.  (Take that as a shameless plug, or not—I’ll stand by it!)  They include everything from organic black or red rice to famous mami noodles to lumpiang tilapia or tilapia rolls made with fish raised from the annex.

If you are staying on the farm or at the Hermitage, you are more than welcome to take an “unofficial” tour on your own: simply walk through the fields and the vegetable gardens and mingle with the workers, or visit Mau in the office and ask if you can be shown around.

Friendly in that Shy Way

The workers are friendly in that oddly specific, slightly shy but clearly curious manner I’ve come to appreciate so much in the Philippines:  people may not instigate a conversation with you, but the minute you show an interest—or demonstrate some Tagalog—you’ll be deeply engaged in conversation in no time.

If you’re inclined to get your hands dirty, ask one of the young men in the biochar area to teach you the techniques, or perhaps try making bokashi (fun fact: bokashi is a way to compost even dairy and meat from your kitchen!).  You can also visit the piggery, or the vermicompost area in the annex, as well as the five-house, free-range chicken coop which provides chickens for local households and even organic stores and several restaurants in Manila.

Any of the workers can give you a run-down of the processes on the farm, so don’t be shy about asking.

It’s not just healing to connect with the land at Sambali.  No matter where you are, it’s restorative and inspiring to find—and match—the pace of the people.  When you meet the rhythm of the locals, there’s a certain peace you can’t get by going fast or on your own.  In this region of the Philippines, the land sets the pace.

The people of Zambales are mostly farmers, born and raised in the sun, the sky, the water, the rice and the stars.  In fact, the indigenous people of the Zambales region are known as Aeta or Katutubo, which means “grown from the land.”  In Danacbunga, the livelihood is the sea.

With this said, slow down while you’re at Sambali.  Wander the beach, and be with the villagers and local fishermen without an agenda.  The Filipino hospitality here has no comparison; it’s one of the most beautiful parts of Zambales.  The smiles are some of the biggest I’ve seen in the country.  This, in itself, provides healing for the soul.

Ask the cooks for a tour of the area for the afternoon.  Nancy, the humble head chef extraordinaire, will take you into Botolan on her tricycle.  You’ll stop at the upper farm, where she and her family live and take care of the vegetables and the pigs there with help from Katutubo farmhands.

You will also visit the pilgrimage site of Apo Apang, or Inang Poonbato, about forty minutes into the hills.

This church is home of the Inang Poonbato, or Mother of Poon Bato, the Virgin Mary patroness of Botolan.  Many miracles have been attributed to her since her first apparition in the area legendarily over four hundred years ago, to a Katutubo hunter and his three children.

The statues of the Virgin Mary in place today survived the eruption of Mt. Pinatubo in 1991 completely unscathed, while entire villages on the side of the mountain—including Botolan and Iba—were buried under several meters of ash.

These statues were still pure white and pristine when they were discovered, and today the pristine and colorful Mother Mary, Mother of Poonbato, smiles with a mysterious grin as bright as that of the people she miraculously protects.

This tour is 100 pesos to cover gas and the afternoon for Nancy.  Treat her to your own version of hospitality by offering coffee along the way, or stop at a sari-sari and treat her for a drink or merienda, an afternoon snack.  This is also a great time to ask her about the stories of healing: the miracles abound in this relocation area!

Getting to Sambali Beach Farm

From Cubao in Manila, the major bus line that serves Iba is Victory Liner.  The trip takes about 5 hours through Subic and Olongapo.  Cost is 380 pesos one way, with a brief stopover in the Subic Freeport Zone.  The journey itself is scenic and quite pleasant northwest up the coast.

In Botolan, catch a tricycle at the main Victory Liner terminal for 70 pesos; the trike will take you directly to the farm.  Ask to be taken to Danacbunga, the small village right outside the farm.  Say “sa baba po” to the driver, which means straight to the lower entrance.

If you are planning on doing a day trip to the farm from Manila, leave by 4:30 or 5 AM to arrive by about 10 at the Farm and be able to return after the agro-tour, lunch, and some time at the beach. 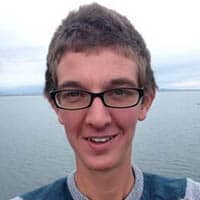 Luke Henkel was born to cross borders, oceans, cultures, and socioeconomic barriers.  As an avid traveler since shortly after birth, he has lived and taught abroad in multiple countries including the United States, South Korea, the Dominican Republic, Thailand, India, and the Philippines. He has written for various publications including the Missionary Minute and EcoJesuit, and is currently working on his first novel.

You can read and follow his blog, the Invitation, at >http://theinvitation.blog