I knew when I made the decision to travel deep into Mexico’s interior world, that I would be making a journey into relatively unknown territory.

Las Grutas Tolantongo is far off the beaten path and has been described as the womb of Mexico, a rare location where you can enter into and become one with the earth’s elements.

Tolantongo is also unknown by many Mexicans, as it’s so rural, that mostly locals venture into the Valle de Mezquital in the state of Hildago.  My journey began with three flights, three rural buses out of Mexico City and covered over a thousand miles.

Everyone said I was putting my safety at risk by traveling by bus to such a remote place, but I knew I had to go to this magical place of thermal hot springs, underground caves, and waterfalls. I also knew that fear would not prevent me from reaching my destination.

My passion for traveling off the beaten path and having new experiences far outweighed other people’s fears.  Although this trip had several unknown factors that I could not plan for, I knew that I had to feel the fear and go anyway.

A good friend of mine was also interested in traveling with me, but it was only after we booked the flights that we discovered that there was no direct path there.  The hotel that we were staying in is owned by approximately 160 Mexican families, and it did not take reservations.

We simply had to show up that same morning and see if we could get a room. It was taking a huge risk after such a long journey, but we were willing to take the gamble, making the journey an even more unknown adventure. The more we read about traveling to Tolantongo, the more obstacles we found.

Neither one of us spoke Spanish and assumed that there would be English speaking people along the way to guide us. which we later found out we were very wrong.

I did have an English to Spanish app, but because we were unable to get wifi or connection on most of the trip, I was unable to use it to help with translation.

Several people expressed their fears about me traveling in rural Mexico, which then caused my own fears to surface, but I did not want to live a fear-based life, so I released the fears and followed my own intuition and trusted that I would be safe.

People continued to express their fears to me about traveling right up until my departure but I knew that living in fear only resulted in regrets later in life.

After three connecting flights, we finally landed in Mexico City and spent the night in a sleep pod in the airport, a space capsule type hotel, where you had just enough room to lie down in and had people above and below you. In the morning, we traveled by bus to Pachuca, in northern Mexico.

Communication was a struggle right from the beginning as we could not find anyone who spoke English. Somehow we managed to communicate that we wanted to travel to Ixmiquilpan, a city that we could not pronounce, our next destination.

A lovely older woman who spoke only Spanish attempted to help us find our bus in Pachuca. We laughed and used hand signals to express our destination in hopes of getting on the right bus as the bus station was huge and had hundreds of buses coming and going.

More People on the Bus

The second bus we boarded had only a handful of passengers on it so we sprawled out taking several seats, but the bus stopped sporadically along the way, picking people up and soon became crowded.

I sat back in my seat and watched rural Mexico pass me by, fascinated by all the street vendors that climbed on board to sell their food and wares along the way. Mexico is a colorful and lively place with street cafes and shops dotted along the countryside.

When we reached Ixmiquilpan, the elderly woman motioned that this was our stop.  We grabbed our bags and backpacks and followed her as we weaved our way through winding busy streets with colorful buildings, street vendors, and aromatic food stalls.

I quickly discovered how helpful and kind-natured Mexican people are as the older Mexican woman actually lead us to another bus that would drive us up into the mountains to our final destination, saving us “mucho” taxi expense.

I was so grateful to this woman, that I thanked her numerous times, hugged her, and pulled out some money as a gift of appreciation, which she attempted to reject.

I was later horrified to discover that I had only given her a very small amount, the cost of approximately three bags of potato chips!  I hoped that she knew that I had good intentions.

Tip:  When traveling internationally, learn the value of the currency.  I thought I was giving her a monetary gift of value, but sadly gave an insulting amount of money.

At the final bus station in Ixmiquilpan, we jumped on board the minibus which took us high up into the mountains.

The scenery was breathtakingly beautiful.  The roads eventually turned to dirt and potholes as we climbed higher into the mountains.

We nervously looked down the mountainside as we traveled on the bumpy rugged roads, noticing that there were no rails or barriers from driving off the cliff.

At times our hands clutched our seats tightly as we met oncoming traffic on narrow mountain roads that were barely enough for two vehicles to pass, giving a sigh of relief that was short-lived.

Other than the fear of driving off the mountainside, the bus ride was fun and lively with loud Mexican music playing and happy local people traveling to their own destinations along the way.

Eventually, what was supposed to have been a 45-minute drive turned into a two-hour drive, we finally arrived at Las Grutas, a magical hidden world of underground thermal caves, hot springs, and waterfalls.

We arrived on Saturday and because it was the weekend, it was a busy time for locals, so we put our name on a list for a hotel room and had to wait until 2:00 pm to see if we had a place to stay

To our delight, we were given the last room, so we made our way down the mountainside to our hotel room which was basic with no tv or wifi.

We immediately put on our bathing suits and headed for the thermal waters which were right outside our door.

We jumped into the tranquil blue river, feeling the warmth and purity of the natural mineral waters, which washed away all the stress that we had gathered from our journeys.

The long trip and uncertain factors were gone as we simply let go and became one with the natural elements of this beautiful location.

The next two days were spent relaxing, swimming and floating in the tranquil hot springs and thermal waters, while also exploring and hiking the mountains.

To our excitement, we discovered several thermal caves that we did not know existed.  Hot waterfalls poured from rocks deep within the caves and created a healing massage of body, mind, and spirit.

There were also several dark caves that connected to the larger cave where people ventured in by swimming with headlamps or flashlights.

I had a natural curiosity and wanted to go into the black cave so I held onto the back of a man who worked there, as we swam deeper into the underground dark cave only to discover another secret world of waterfalls and bats!

Having a real fear of bats, I wanted out immediately and retreated back to my favorite spot where a gentle waterfall ran down the heated rocks, creating a warm place that I could nestle deeply into the mountainside feeling at one with nature.

We spent several days in the water and exploring the mountains.  We discovered beautiful hot springs that were carved into the mountainside that hung off the cliffs with the most beautiful view of the green valleys and passing clouds.  I felt I had truly found Mexican heaven on earth.

After a good long mindless soak in numerous hot springs, we saw a suspension bridge that wobbled high above the valley, crossing waterfalls and connecting to more hot springs and underground thermal caves and the other side.

Not being fearful of heights, I had fun crossing the bridge as others held on tightly, while some intentionally attempted to shake the bridge as hard as they could.

Our days were spent renewing our body, minds, and spirits.  Tolantongo provided a well-earned retreat, an escape from the world around us.

We were also able to connect with wonderful people along the way which confirmed my belief that the world is full of good people!

On the way back we met an American woman who was traveling alone and also spoke Spanish, so thanks to her, we were able to travel easily back to Mexico City and to the Airport without all of the communication problems that we experienced on the journey there.

Leaving Las Grutas was difficult.  I have traveled to several beautiful places on earth, but Tolantongo was a place where I truly was able to go within myself as well as within the earth, where I found healing, peace and experienced the magic of Mexico.

I understood why it is called the “womb” of Mexico, as I felt like I had spent time in the earth’s womb and it had nurtured my heart and soul.

If your looking to travel off the beaten path and can let go of control, scheduling and planning, then take a trip to Las Grutas, Tolantongo, it’s an experience where you quite literally go with the flow! 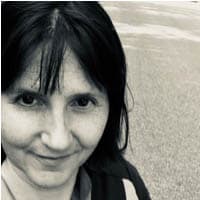 Karolee Bulak is a Consultant, Licensed Professional Counselor, Author, and Artist with extensive experience in the fields of Travel, Psychology, and Creative Expression. Visit her blog.