An Indian Sojourn in McLeod Ganj

For as long as she could remember Life Coach, Ellen Besso had a preoccupation with India and its people, feeling drawn to go there.

An Indian Sojourn: One Woman’s Spiritual Experience of Travel & Volunteering is a spiritual travel memoir that describes her two journeys to India with her partner, Don. Their daily life in India is described in exquisite detail as well as the people who became lifelong friends. The book’s core though comes from their profound experiences volunteering and tutoring Tibetan refugees in Dharamsala, India. 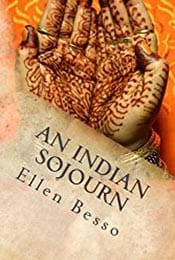 Ellen writes: “India’s draw is complex; we can’t understand it within the frame of reference of our Western minds, and that is part of what pulls us in. Once our constant internal analysis abates, we’re more open to flowing with what is unfolding around us.

To say that the environment there is over stimulating would be an understatement. People, vehicles, cows, even the colors are de trop, but my approach has been; “Bring it on. I was thirsty for India after waiting for her so long and I wanted to soak in every tiny little detail.”

Join Ellen on her spiritual experience of travel and volunteering. “Meet the people we developed strong friendships with, and enjoy the fascination and wild rides that are India.

This book is also about the heartfelt stories of refugees, fellow travelers and the Indian people themselves and the effort of trying to understand cultures very different from ours. Ultimately though it is the moments when we are not so far apart that define An Indian Sojourn.”

Some would say our discovery of McLeod Ganj in 2007 was an accident, but it was synchronicity (a coincidence of events that seem to be meaningfully related).

Don had been successfully treated for a health problem when our chiropractor, a longtime practitioner of Tibetan Buddhism, told us that in Dharamsala we could consult a monk who was also a doctor of Tibetan medicine. Intrigued by the idea of visiting the Dalai Lama’s hometown, we tentatively decided to travel up north.

As we prepared for that trip a psychic acquaintance said, “I don’t think you know why you’re going to India”. My reply was: “After a 30-year wait, I just want the experience”. Her comeback was: “You’re going to meet a healer there.”

In another conjunction, on that trip, we chose Majnu-ka-Tilla, the Tibetan refugee colony in northeast Delhi, as our city base. Once there it became clear that the distance between Delhi and Dharamsala was considerable, entailing a long trip through the mountains. But a few days of Delhi’s unfamiliar chaos led us to reassess, and not knowing exactly what we were getting into, but feeling quite enthusiastic, seats were booked on the night bus from Majnu-ka-Tilla to McLeod Ganj.

Twelve hours on a creaky bus along bumpy roads. The vehicle broke down during the trip, but surprisingly I did not find the conditions bothersome. Daybreak marked our ascent into the mountains, motoring uphill on winding switchbacks, with the occasional entertainment of a troop of monkeys along the way.

Sunrise found us eating a hearty breakfast on a deck high above the town, overlooking the Himalayan foothills. Then, with luck on our side, a room was obtained in the tiny octagonal-shaped Cheryton Guesthouse, run by an Anglo-Indian couple.

Searching for the Doc

The next day we went in search of the Men-Tsee-Khang Medical Clinic and a doctor-monk, walking several miles in the heat searching for the center. Eventually, someone directed us to the clinic where, instead of a monk, Dr. Dekyi Tsomo was on duty for consults in English. I knew as soon as Dekyi put her hands on my bloated belly that she was a powerful healer — she was the one we were meant to meet in India.

McLeod Ganj felt very “other” to me…mysterious and enticing. Although our entire visit spanned only sixty hours, the place made a deep, lasting impression. I departed feeling strangely drawn to the small Tibetan enclave in the Himalayan foothills, the community the Dalai Lama and thousands of Tibetan refugees call home.

Tibet is a country of widely differing provinces: the central area of U-Tsang is called “the cradle of Tibetan civilization”; high-altitude Amdo in the northeast, the home of the Dalai Lama, is mostly nomadic; while Kham in the southeast offered the fiercest resistance to the Chinese invasion of Eastern Tibet.

Ngari, in the sparsely populated southwest, is the site of the fifteen thousand foot high Mount Kailas, Asia’s sacred mountain. Known as “the navel of the world” it is holy to Buddhist, Hindu, Jain and Bon pilgrims.

The author of The Sacred Mountain of Tibet, Kerry Moran, circumambulated (the act of moving around a sacred object), Kailas ten times. She writes eloquently that the mountain is “Where the temporal and the eternal unite, and the divine takes the physical form”.

Our friend Dekyi was born in a small village not far from Mount Kailas; her family escaped from Tibet and settled in India when she was four years old. The Tibetans who fled the country following the Dalai Lama were placed in settlements all over India, with others from their region.

Dekyi and her family lived in Mungod, South India for many years; it’s the largest colony, housing almost 20,000 people.

For centuries Tibet was self-governing, with the Dalai Lama and his descendants acting as spiritual leaders. This all changed when China became communist, and in 1950 the army began infiltrating the country.

The agricultural system could not support its own citizens plus the thousands of Chinese soldiers stationed there, and serious famine resulted.

Non-violent revolts against the occupation became common and the Chinese army retaliated by bombing and pillaging Tibetan monasteries, torturing and executing monks and guerrilla leaders.

The occupation continues today, wreaking havoc on the simple, peaceful country and violating human rights. Hundreds of thousands have been killed.

Tibet Not in UN

Tibet had never joined the United Nations, preferring to keep itself isolated from the world to maintain its traditional nomadic Buddhist lifestyle. As the Chinese slowly overtook the country and appropriated its natural resources, it did not get the help that was expected from UN countries.

In 1959, when a Chinese plan to kidnap the Dalai Lama was uncovered, His Holiness knew he must leave, and fled into India, eventually settling in McLeod Ganj. Eighty thousand Tibetans followed him into exile and tens of thousands more fled the country over the next fifty years.

The myriad refugees who dwell in India do not have citizenship; each holds an identity card, usually renewable annually. My understanding is that the original Government in Exile feared the loss of Tibetan culture and religion if Tibetans became Indian citizens.

Buddhism plays a prominent role in the life of refugees. One young female friend seeks the comfort of the temple whenever she feels upset.

When loved ones die, 100 butter candles are lit in a special room beside the temple, to speed the soul on its way. Our friends have done this for us several times, both asked and unasked.

The Buddhist tradition of mindfulness helps its practitioners awaken to what actually is, and to live from that understanding as fully as possible. Most Tibetans we know have suffered greatly, but they have positive, engaged attitudes that help them in their daily lives.

Although warm and gracious, Tibetans are private people in many ways. After reading The Dance of Seventeen Lives by Mick Brown, I have more insight into why Dekyi deflects some of my personal questions.

When interviewed by Brown, Tai Situ, Head of Sherab Ling Monastery outside Dharamsala, told him that in Tibetan culture they never talk about themselves; but since Westerners are curious to know about Tibetans, both Tai Situ and the previous Karmapa made exceptions, offering personal details. 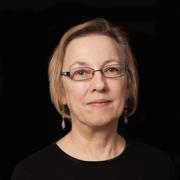 Ellen Besso is a coach and counselor, specializing in women’s issues. Ellen has traveled and volunteered extensively throughout India. She worked for the Tibetan Women’s Association, facilitating an English and women’s empowerment program for new arrivals from Tibet. She and her partner Don are currently sponsoring in the Canadian Tibetan Resettlement Program, which expects to bring 1000 displaced Tibetans to Canada over five years. website.

An Indian Sojourn: One Woman’s Spiritual Experience of Travel & Volunteering