The Venice of the East is Udaipur in India!

The traffic policemen at the crossing whistled to his lung’s capacity in order to stop the traffic.

The sun was shining too harsh on the people on two-wheelers, which was remarkably clear from the closed windows of our SUV.

The huge statue of Chetak – the horse of Maharana Pratapat the crossing, brings alive the historical significance of this five centuries-old city.

Once we reached the hotel, my cousins and I relaxed for an hour, and after freshening up, I could not wait any longer to explore the city.

I left to tour the city, with the one thing I can’t live without, my DSLR. The first destination was the icon of this city- the City Palace.

As I pass through the curves of the streets, I suddenly turned to one sharp right and a breathtaking palace came alive. The palace is magnificent and stunning, it looks too young for its age, and it is more than four centuries old.

Built on the hilltop to get the panoramic view of the city, perhaps was a smart move by the king as the Rajput dynasty had always been the prime reason for jealousy for the Mughals in Delhi.

As you move through the wide arches and the huge gateways, of this enormous structure, it seems like a walk through the heritage and history of Udaipur.

The architecture clearly reflects the glimpse of Mewar grandeur, and the domes, huge arches, and windows seem inspired by the Mughal architecture. It was built by the clan of Maharaja Udai Singh, from where the city got its name.

The palace is spread over many acres of land and is next to the Lake Pichola, once you climb to the top, the breathtaking views of the lake and the city are mesmerizing and worth the pain of climbing those narrow and suffocating staircases, which are scattered in the entire palace.

Wherever you look in the palace, be it the marble floors or the royal courtyard or the fountain at the Badi Mahal, the grandeur of the place will surprise you. It seems the trust which works for the maintenance of the palace has spent millions on its restoration and making it comfortable for the tourists.

The interiors include the delicate mirror work, marble, and granite flooring, Some balconies have stunning colorful murals and wall paintings.

The entire exercise to cover the length and breadth of the palace took good four hours, but it was worth it. Coming back to the main entrance out of breath, the only thing one would look for is food, as eatables are not allowed inside.

Thankfully, there is a fine dining restaurant, on the premises, where we enjoyed some tasty thin-crust pizzas, and pasta, along with some refreshing cocktails, enjoying the scenic and splendid views of the fort.

The sun was slowly moving towards the western coast and the orange and red hue of the sky looked magical. The Gulmohar trees planted in the lush green lawns outside, add to the charm.

I was cursing the sun as I started sweating the moment we were out of the restaurant. Summers are hotter in this state than the rest of the country.

Everyone is pushing and pulling you out of their frames to get the perfect shot, and the hotels you are staying in would have cost you four times more. Deep in my heart, after listening to all these facts, I thanked my luck.

I did not want to miss the sound and light show, in the evening there, which narrates the history of the city.

We decided to hang around in the local market as the show was about to start in an hour. We watched the show, it was amazing and more like a history class in school, but the music kept us hooked up. The story was more of wars and bravery, but it was interesting.

Everyone in the group was tired to death, as it was half-past eight in the evening, when we reached the hotel, passing through the market that has come alive, buzzing with activity.

The fragrance of local cuisine hit my taste buds pleasantly. Back in my hotel, I went straight to the balcony of my lake view room, the cool breeze passed through my face, whipping off the tiredness of the day.

The scented aroma of the roses and the bougainvillea in the balcony refreshed the soul and made me feel relaxed. In the comfort of my room, I relaxed looking at the sparkling Lake Pichola, the same lake adjoining the fort.

I got ready for dinner. The dinner was planned in Jagat Niwas Palace– a heritage hotel adjoining the lake, as most properties in the city are.

The food was amazing, the rabri and gulab jamun, for dessert more so.

Once we were done with dinner, we sat there for half an hour enjoying the night view of the lake, it was almost midnight when we left the place to go back to our hotel- Udai Villas,  another luxury heritage hotel.

Sleeping in luxury is the best thing; the luxury hotels spoil you to the extreme. Next stop was Monsoon palace, a palace around 30 miles from the hotel, located on a hilltop.

The best part is you can take your own car after buying the ticket, at the entry down. All dressed and ready with my camera, we left the hotel, it was late afternoon, the previous day was hectic, so we started late.

Of course, we do not go directly to the monsoon palace, as it is hot in the afternoon, and going on top of a hill would not be a wise decision, both in terms of logic and photography constraints.

So we decided to hang around in the local markets, getting the feel. For breakfast, we went to JMB, one of the very famous snack joint in the city.

The pyaaz kachori, one of their specialties; was appetizing. Deep-fried with a green chili and some spicy stuff inside, It was served piping hot, along with coriander puree. The sweet jalebis served as a perfect balance to end the meal.

The one thing noticeable of the state is, whatever you eat here is distinct, and irrespective of how many times you have eaten the cuisine earlier, in different cities. The more you walk in town, the more you come to know about it.

The markets are colorful, with a lot of Indian fabrics and handicrafts. I did some shopping and it took three hours by the time we were done. We went for our lunch at another famous restaurant by the name- Savage garden. The entire restaurant was painted blue, which was soothing and take you a different world.

It is owned by a German guy, obvious enough, the menu was filled with western cuisines. We ordered the pasta and some roasted chicken along with beer. It was delectable and pleasant.

I can’t thank the reviewers on Google enough, as I came to know about this restaurant from the internet. By the time, we had our lunch; it was almost four in the afternoon.

A boat ride on the Lake

The most important thing you can’t miss in this city is to ride a boat in the lake. We went boating late afternoon, it was cloudy but acceptable.   We could not postpone because once back from Monsoon palace, it would be closed, and I can’t afford that. I must admit; boating was the most surreal experience.

The views are nothing less than fantasy, with Taj Lake Palace– a heritage hotel in the middle of the lake on one side, the sky filled with clouds and chirpy birds above, water beneath you.

The cool breeze surpasses me, as the motorboat gains speed. In short, the experience was fantastic, beyond words can describe.

We were back at the shore, in 45 minutes. Sat in our SUV, and went to the Monsoon palace, as it was already half past 5, it took a good one hour to reach the hilltop, where the palace is located.

The views were breathtaking and heavenly. As it was the off-peak season, it was not crowded. There was calmness and serenity in the air, we got panoramic views of the city as well as some nice shots of the palace with white marble all over.

This palace is nothing in front of the magnificent city palace, neither in terms of size and architecture nor grandeur.

The palace was built as a temporary summer resort for the queens. After taking hundreds of pictures and millions of memories, we returned back to our hotel, late in the evening. After having dinner at the hotel, I went straight to bed.

The next day, there were some other attractions like Jag Mandir, a vintage car collection, Jagdish temple, and some gardens.   All of those are worth a visit.

We get back to our hotel at late afternoon, I relaxed for the rest of the day at the hotel, and as this was the last evening in the city of lakes.

We ditched dinner at our hotel, and went to a very famous fine dining restaurant by the name of Ambrai, for dinner.

Again it was located at the edge of the Lake, but it was on the other end of the lake, we preferred to take local transport- an autorickshaw, which was a crazy ride, through narrow lanes of the city.

Ambrai, I believe is a must-visit, if you are a foodie, it is an open-air restaurant, and according to me, the only one in the city, all others are rooftop.

We had a candlelight dinner, literally at the edge of the river. Local musicians playing folk music in the background, the city came alive. 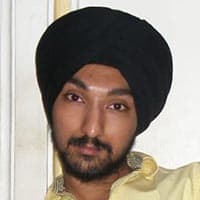 Karanveer Singh is a 24-year-old, literature graduate from the University of Delhi. He is a Pharmacist by profession and a traveler by will.